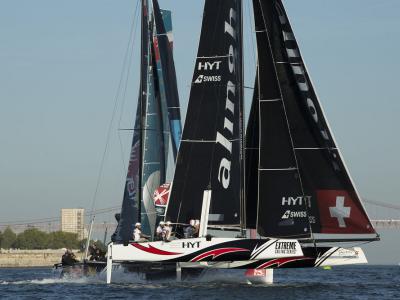 Alinghi have been enjoying their time in Portugal, so much so that it’s hard to recall a better day than today’s for the team in their history in the Extreme Sailing Series. Just as yesterday, they started off with two wins from the day’s first two races, but – improving on yesterday – they then recorded three successive second place finishes. This super performance means that the team have extended their lead at the top of the Act leaderboard to 14 points over Norauto, with Oman Air a further ten back. It was all stadium racing today, with the coastal race having to be postponed because of wind, and the team have shown their mettle. Keep going like this and it will be a vital step in the attempt to claw back Oman’s in the overall Series. Follow tomorrow’s action live on the website. Photo credit: Lloyd Images 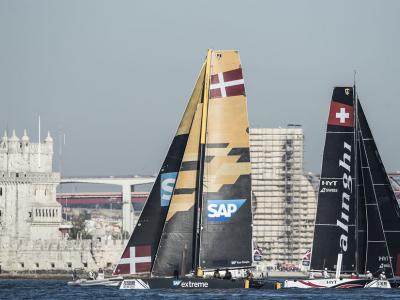 With a win in the last ESS Act in the Madeira Islands, coupled with a victory in last weekend’s D35 Grand Prix on Lake Geneva, Alinghi have been flying high of late and their good form continued today in Portugal on the opening day of Act 7 of the Extreme Sailing Series. It could not have started better for Arnaud Psarofaghis and the team. A win in the opener was followed by victory in race two, having got inside and past Series rivals Oman Air at the upper gate. There were to be no more wins in the day’s next three races, but the team’s consistency – two second place finishes in races four and five – mean that they top the leaderboard heading into tomorrow, two points above Series newcomers and wildcard Norauto, and five above Oman in third.      Photo credit: Lloyd Images 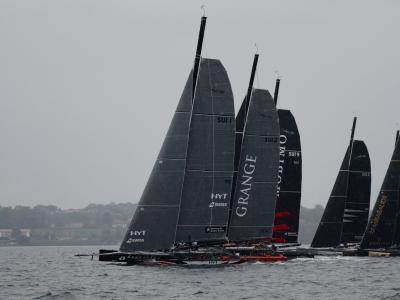 Ernesto Bertarelli’s Alinghi went into Day 2 of the Grand Prix de Société Nautique de Genève in pole position and they made sure of the victory with an assured performance today on Lake Geneva. The day’s first race saw the team finish in fourth place, but there then followed two victories on the spin, which, when coupled with a second place in the last race, meant that the team secured top place on the podium. A great end to the D35 season and a continuation of the team’s great week, following on as it did from the GC32 victory in the Maderia Islands. Well done to all of the teams and roll on next season! The 2016 D35 Trophy is now over but there are still two acts to come in the Extreme Sailing Series. Don't miss the penultimate act next week in Lisbon! 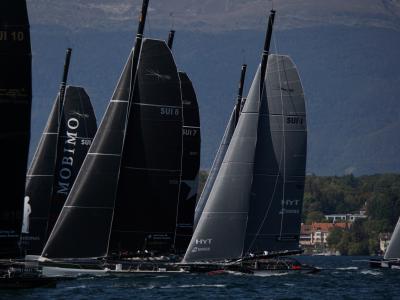 Though a win in the overall D35 Championship is all but impossible, Alinghi have been going all out to win this, the last of this season’s Grands Prix, at the Société Nautique de Genève. And day one has been good to Ernesto Bertarelli and the crew, who lead the field ahead of tomorrow's final day of racing. The wind was good throughout, starting off at around 14 knots and picking up throughout the day, making for some exciting duels. Having finished third in the opener, Alinghi went on a fantastic run, winning the next three races, one after the other. More of the same tomorrow and the team will be able to record another win following on from their performance on the GC32 in the Madeira Islands. Follow our social media channels for updates tomorrow… 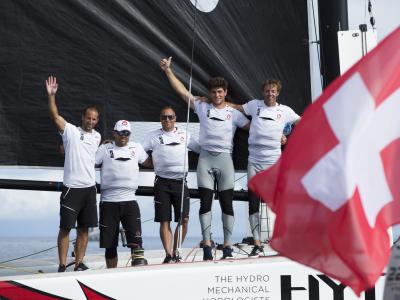 After yesterday’s drama, which saw Alinghi’s mast slowly descend following a collision with Red Bull, the shore team had a mammoth task on their hands to get the GC32 race-ready for Day 4 of the Extreme Sailing Series in the Madeira Islands, all the more important a task because the team were topping the leaderboard . All credit to them, because the team were able to sail and repaid their colleagues’ efforts by nailing the two races that today’s conditions allowed . Two wins meant the Act was Alinghi’s, a fantastic result. Up next is Lisbon and it’s all getting tight at the top! Next is Lisbon from the 6th to the 9th of October but before that, the team will be back on its home waters at Société Nautique de Genève for the final GP of the D35 Trophy on September 30 & October 1. See you there! 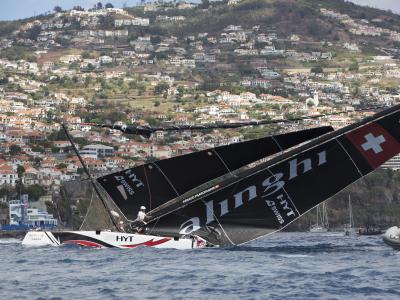 Alinghi’s third day in the Madeira Islands ended after race three. A dramatic collision with Red Bull off the start line saw the team lose their mast and forced to retire. It was symptomatic of how closely the teams were pushing each other, but thankfully nobody was hurt and Alinghi will be working all night to get the GC32 back on the water tomorrow, especially because they top the leaderboard going into the final day. The crash happened with Red Bull just that little bit too close to Alinghi as they made a fast start, their rear clipping the Swiss’s front. The impact was critical for Alinghi’s rigging and, ultimately, the mast. The Race Committee awarded Alinghi redress for the incident, meaning that they retain their lead overall. However, it’s a race against time to get the boat ready for the final day tomorrow.  Arnaud Psarofaghis, explained: “During the third start we were sandwiched between Red Bull Sailing Team and Sail Portugal. Red Bull Sailing Team popped up onto their foils then came down on us, and we couldn’t really avoid them. This all happened really quickly and unfortunately they hit us and we lost the rig, but no-one was hurt and that’s the main thing. Photo Credit: Lloyd Images “We need to assess the damage and see if we will be able to sail tomorrow. It’s going to be a long night for us but we have the greatest shore crew and they will do everything they can to get us back on the water.” 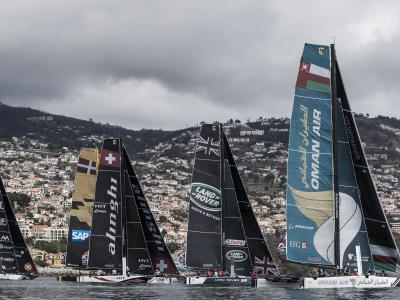 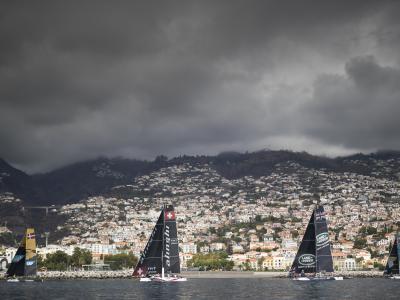 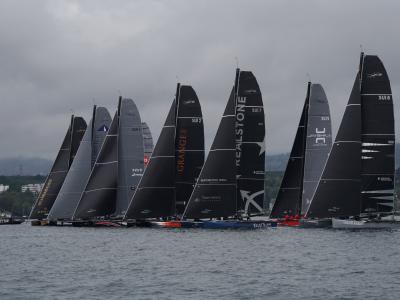 Alinghi were ultimately unable to repeat last weekend’s victory on Lake Geneva in the D35 Championship, having to settle for third place in the Grand Prix Yacht Club de Genève. The team send their congratulations to Team Tilt, whose win in the last race was matched by a finish on top of the podium. The teams had a frustrating morning waiting for wind to pick-up, but eventually, under overcast skies, a light breeze was found and three races were sailed. The first went very well for Ernesto Bertarelli’s team. With all of the fleet starting on the starboard side, Alinghi’s great start saw their lead at all marks for the win. Sixth and fourth place finishes in the next and final two races were enough for third place in the Grand Prix. Next up, the conclusion to the Championship at the Grand Prix de Clôture that will take place at Société Nautique de Genève on September 30th and October 1st, but before that, the team will take place to the Extreme Sailing Series Act 6 in Funchal on the Portuguese island of Madeira between September 22nd and September 25th. Stay tuned! 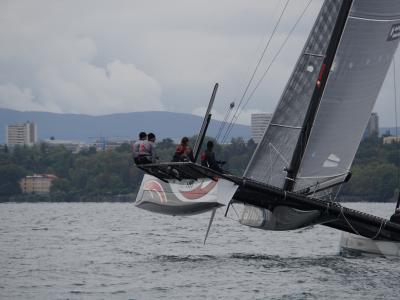 Weather conditions meant that just three races in the Grand Prix Yacht Club de Genève were sailed today. Alinghi recorded a second place in the day’s first race, followed by a sixth and then a third. It was then, with a lack of wind on the lake, that the Committee called a postponement, which eventually became a call to end the day’s competition. Hopefully tomorrow will bring some gusts and give the fleet the opportunity to get the sails up!