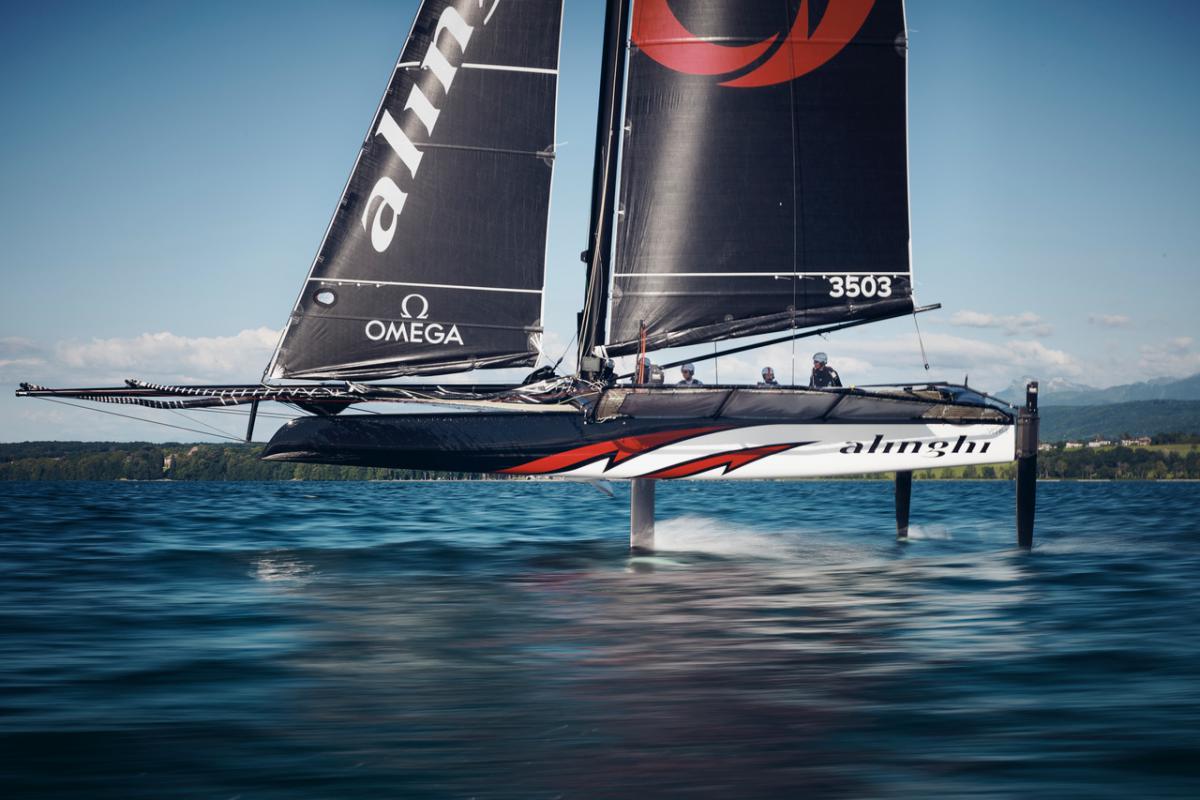 With the usual "high-performance team + regatta + multihull + one-design" components, Alinghi will be in "flight" mode on the two circuits chosen for the 2021 season. Since 2015, this was already the case on the GC32, but now that the Décision 35 has been replaced by the T Foiler 35, our boats' hulls should barely touch the water!

The TF35 hits the piste
The recent development in public health guidelines should now allow for the seven TF35s to officially start the very first championship of this new class of foilers. From Friday 30 April to Sunday 2 May, up to five races per day can be launched in the waters off Nyon for the first event.
Also on the programme this year are four other grand prix, two of which will be in Italy in the autumn and two Lake Geneva classics in June.

No gatherings of more than 15 people will be allowed this weekend, but nevertheless there is still the possibility of watching these flying machines from the shore. And if you do have a boat, please do keep in mind that the TF35s regularly change course to maintain foiling in shifty air.

As for the team, after many days spent training and continuing to gain knowledge of their TF35, Alinghi switched to race mode with an emphasis on the preparation of the start phases and the rounding of the marks.

Nils Frei, trimmer:
Is the team ready to race?
"To be honest, we don't 100% know yet, because in the 30 years we've been racing we've never had a year-long competitive break!
"But we got together for days, or rather weeks of training and I don't think we forgot everything. With the lack of competition, we will be a little rusty in the phases that are difficult to simulate in training, such as the starts with several boats, contact phases, communication on board compared to our competitors. But I think the automatic way in which we know these things inherently will come back quickly."

Nicolas Charbonnier, tactician:
"We are aiming for the top of the table on this new circuit, but the TF35 remains a foiler to be tamed, and we will face new, very competitive teams. One of our strengths will be the stability of our team, reinforced by the arrival of a young Swiss sailor, Florian Trüb, who takes his role as replacement sailor very seriously and helps Yves with the electronics and analysis of performance. Obviously we will also seek to win our 8th Bol d'Or, if the public health rules allow it to be held."

A revamped 2021 GC32 Racing Tour
In 2021, Alinghi has also set itself the goal of defending the titles it won in 2019 at the annual GC32 Championship and at the series World Championship. The health situation at the start of the year forced the organisers of the GC32 Racing Tour to postpone the start of the races until the end of June in Portugal, with the conclusion scheduled for November in Spain. The World Championship should, under the current plan, be held in mid-September in the south of Sardinia.

After a blank sporting season in 2020, the whole team is delighted with the prospect of regaining acquaintance with the adrenaline of competition, with, of course, the strictest respect to prevailing public health guidance.

For the practical info about the TF35 season, click here.

A tracking system will be onboard each TF35 and you can follow all the races live or in replay on the Tractrac website, the TF35 Trophy website, or via these free apps (click here for an Iphone, or here for an Android). 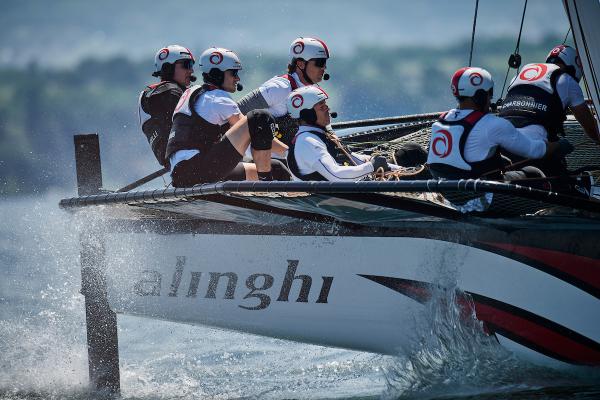 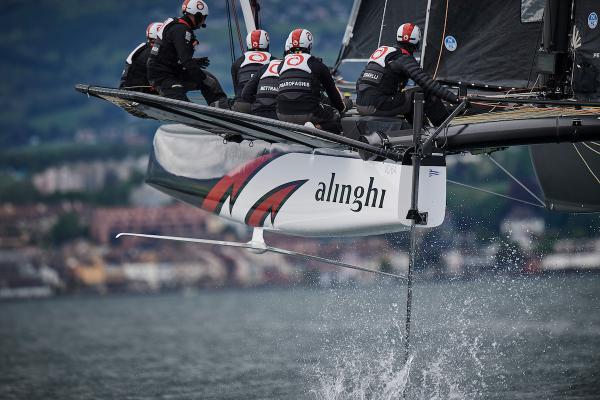