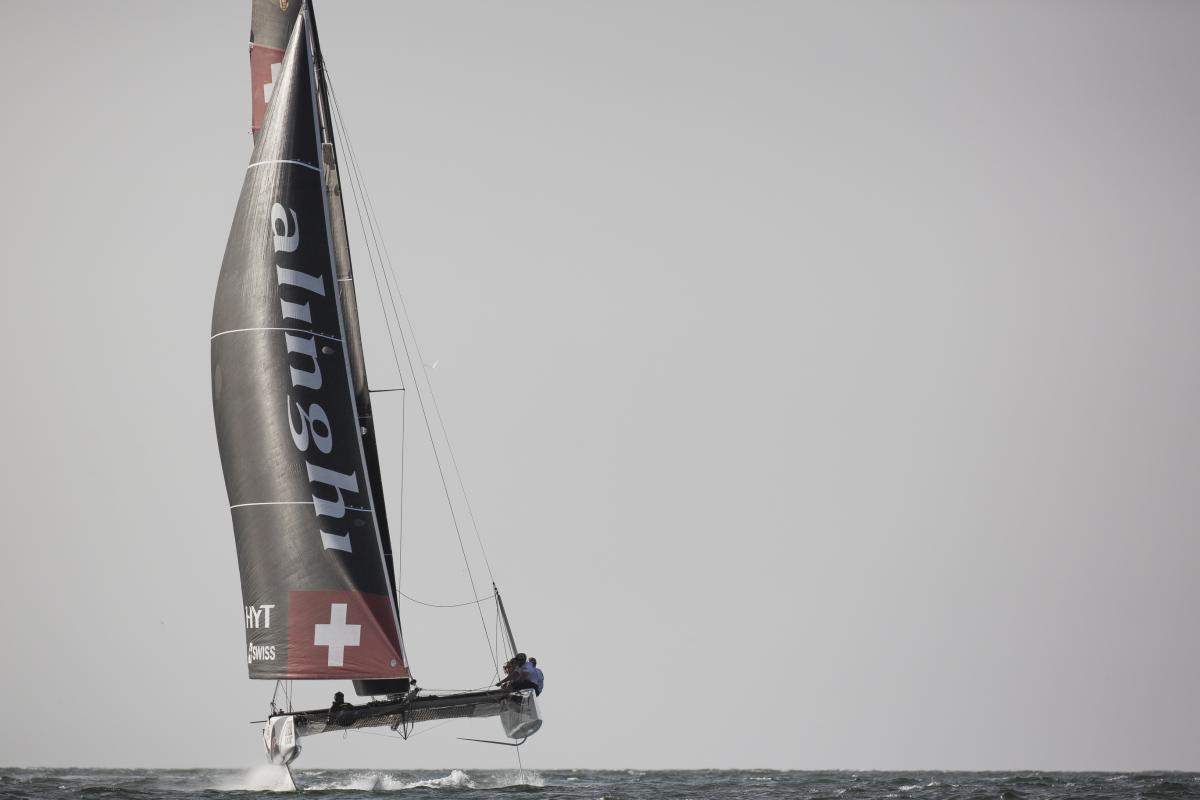 After a fascinating final day of racing in Oman, Alinghi finished in fourth place, three points behind Land Rover BAR Academy, themselves behind Red Bull in second and the winners, Oman Air. It was the first time that the Extreme Sailing Series had been raced on the foiling GC32s and, after light winds on days two and three, today provided breezes that enabled the teams to get up into the air and fly through the water. Looking to overhaul their rivals to achieve a podium finish, Alinghi couldn’t quite manage the feat, despite two second place finishes in the third last and then penultimate race. The team would like to send their congratulations to Oman Air for their first place finish and performance throughout the week. We’ll see them and you in China!