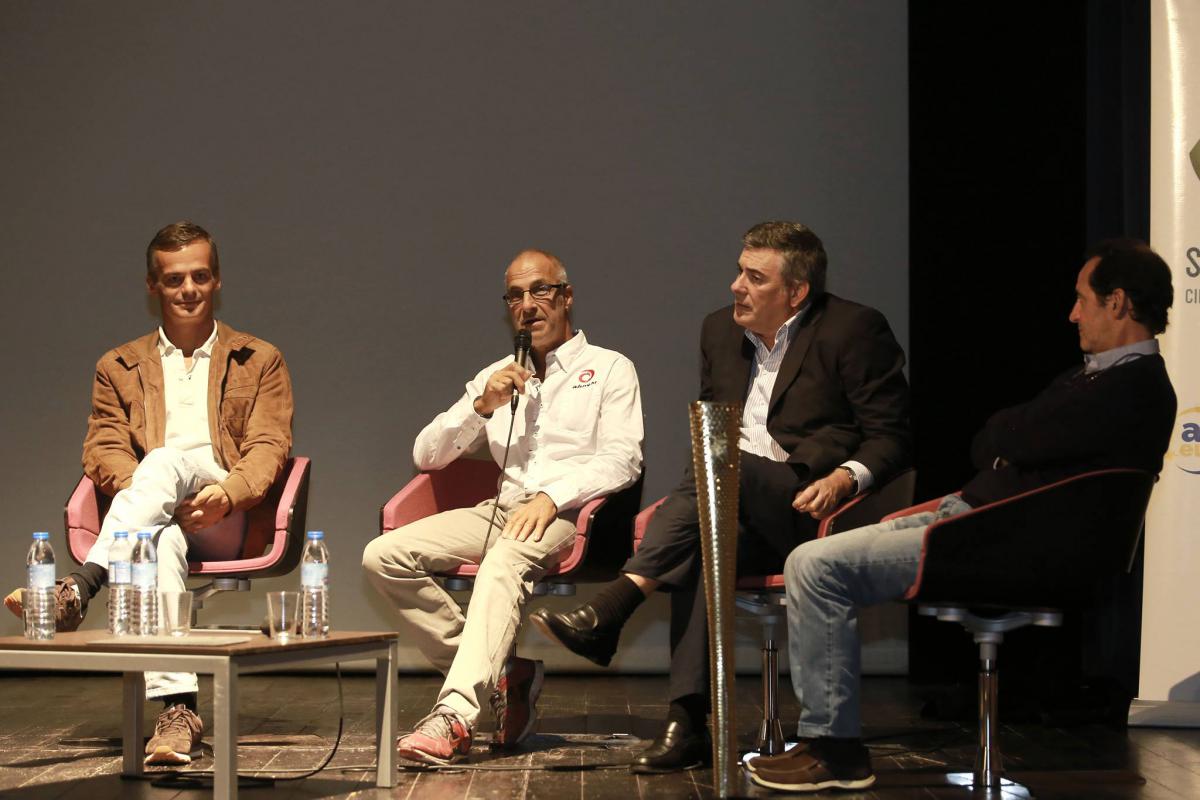 Setubal, in Portugal, is a European City of Sport for 2016 and Alinghi’s rigger, Joao Cabecadas, who hails from the town, was honoured to have been named its Ambassador for Sailing. During a recent trip to his hometown, Joao had the opportunity to address a primary school and a secondary school, as well as participate in a discussion with 200 students at the sports school in the Forum Luisa. Having been a key part of Alinghi’s America’s Cup campaigns and a central figure in the team’s exploits today, Joao had much to say about sailing and about his other ocean-based passions, such as kite surfing and windsurfing. Having answered questions about the Cup campaigns, the Extreme Sailing Series and more, Joao and his friend, Joao Rodriques (seven-time Olympic windsurfer),  then took to the water to show off their skills. Every little bit helps in inspiring the next generation!