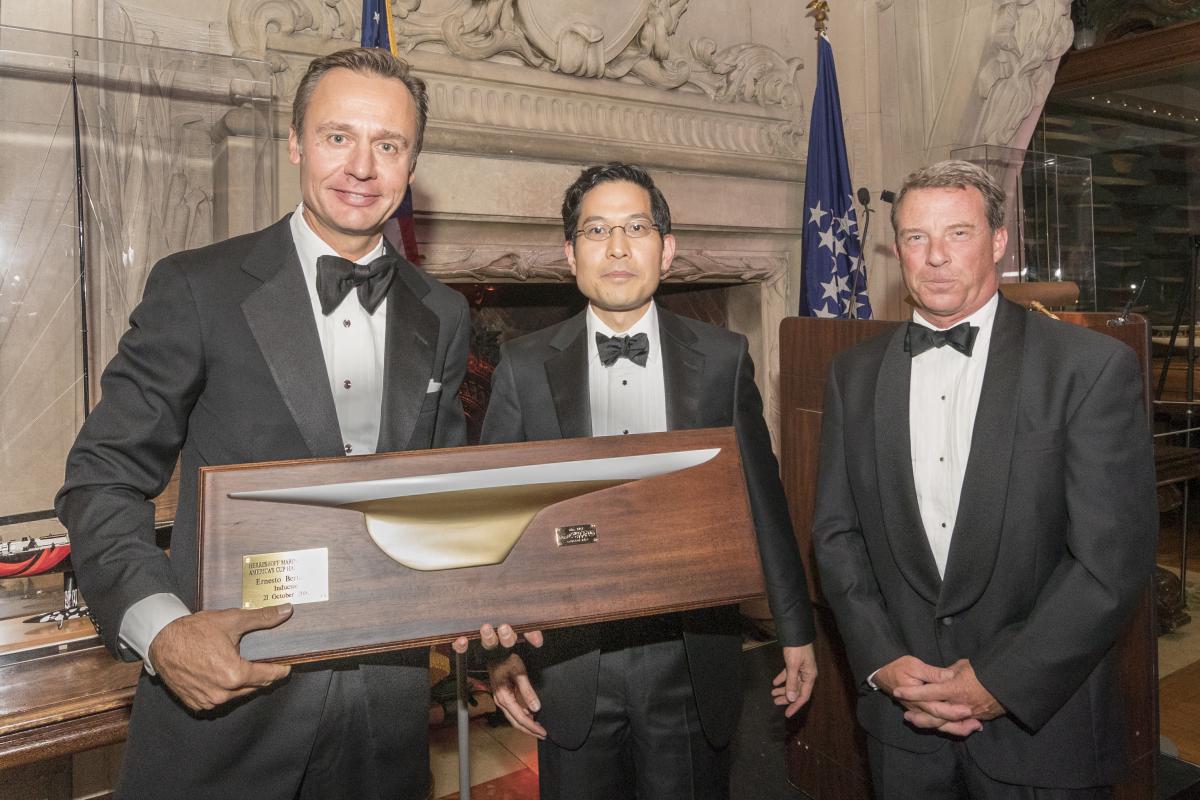 In recognition of his unique achievement of having created and led the team that returned the Auld Mug to Europe for the first time in its 150-year history – and the first to win on their debut – Alinghi’s Ernesto Bertarelli was inducted into the America’s Cup Hall of Fame in a ceremony at the historic New York Yacht Club, Friday 21stOctober.

The Hall of Fame honours those individuals who have made “outstanding contributions to yachting’s most distinguished competition”. Also inducted was the Lord Dunraven, a family member of whom accepted the award in recognition of his exploits in the America’s Cup competitions of the late nineteenth century.

Besides his team’s record-breaking victories, Ernesto was selected to join this exclusive group of Hall of Fame sailorsfor having produced the 32nd Cup in Valencia – “among the most successful events in the competition’s post-war history” – and  for having a vision for the America’s Cup that “clearly broke boundaries”. The Selection Committee further concluded that, “alongside his achievements in other highly competitive circuits”, he has “demonstrated a depth of ability to build talented teams and a remarkable determination to win. He has created a new winning tradition in Swiss sailing and has both inspired and invested in the next generation of his nation’s sailors.”

Speaking about joining the Hall of Fame, Ernesto said:

“Having been introduced to sailing as a boy, I’ve always known that the America’s Cup is the holy grail of our sport, our Mount Everest. To think that I, even in a small way, could have shaped its history by being the first team to return the Auld Mug to Europe is a special and humbling honour, something I never thought would happen.

“I want to thank the New York Yacht Club and the Hall of Fame selection committee. The journey that has brought me here was not a solo expedition, but rather one made possible – and shared – by the hundreds of people whose talent, passion and dedication were the DNA of the Alinghi Team.

“To them all, I say, remember the mission that we set ourselves all those years ago: ‘We want to build a team to be proud of’. We did it!”

Read more about the Hall of Fame, here, or about the New York Yacht Club, here