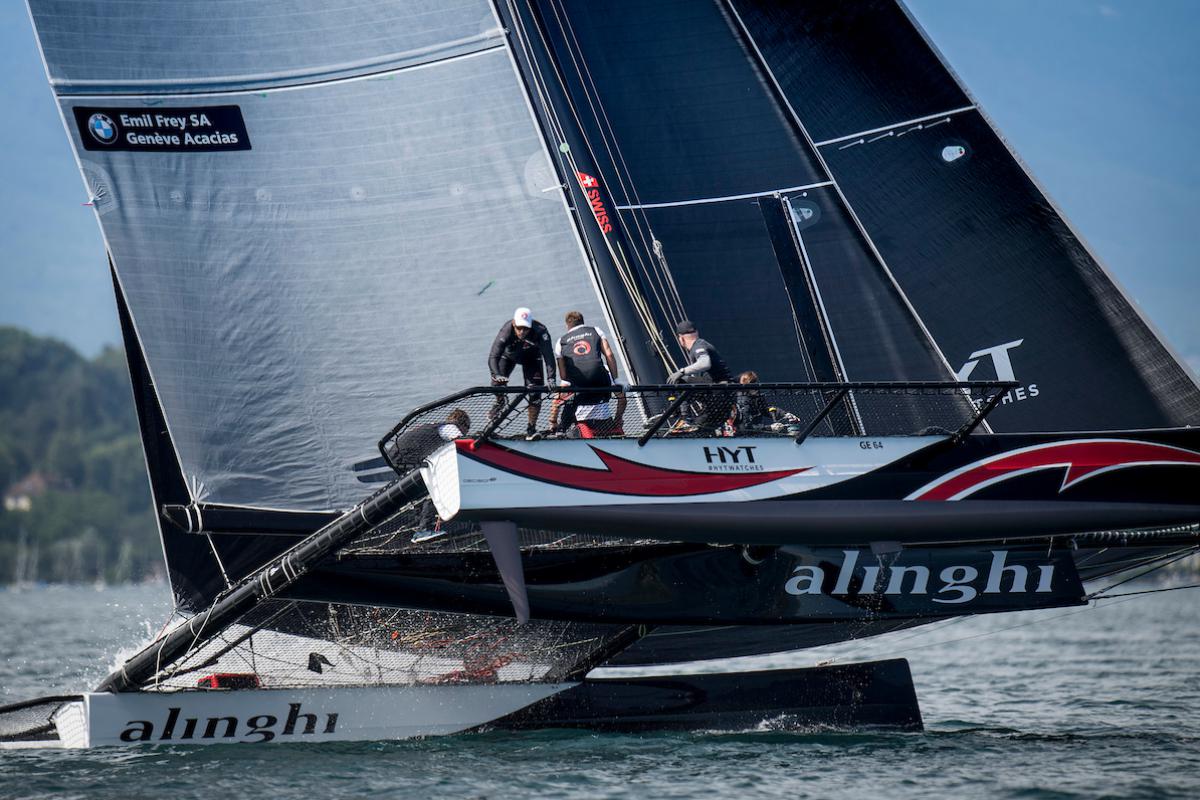 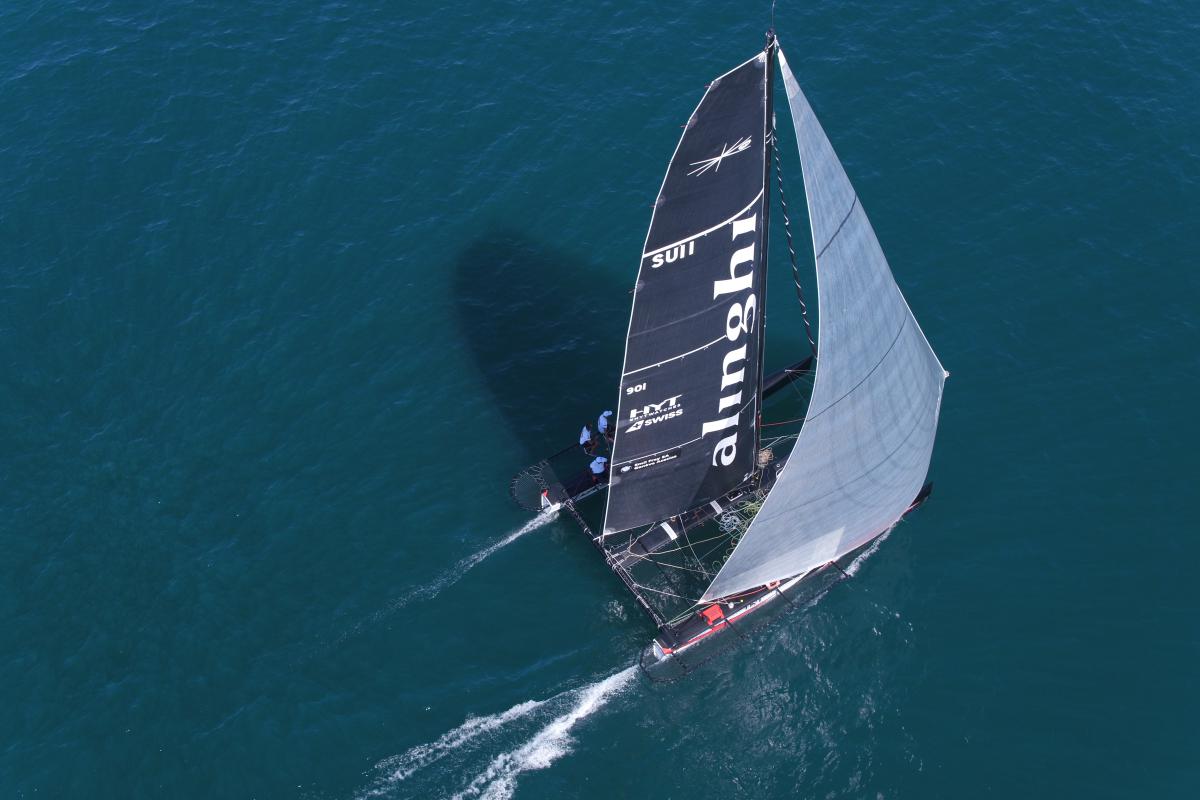 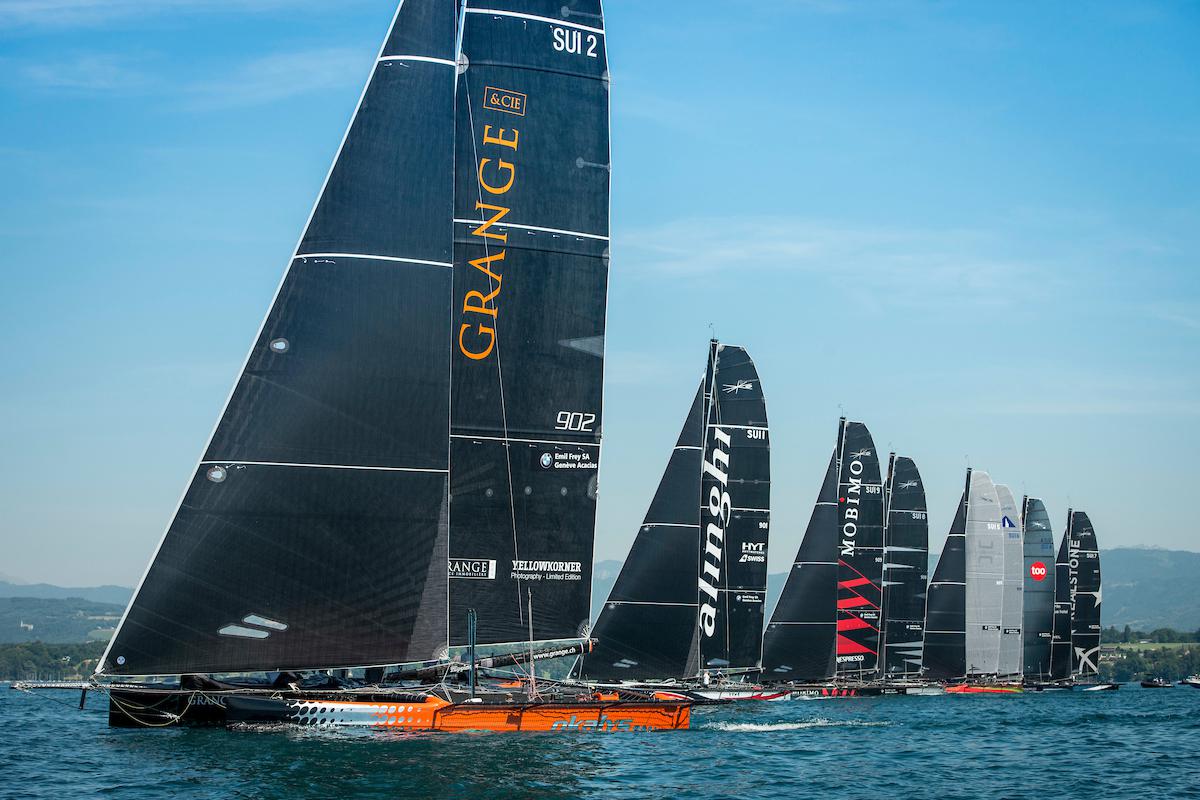 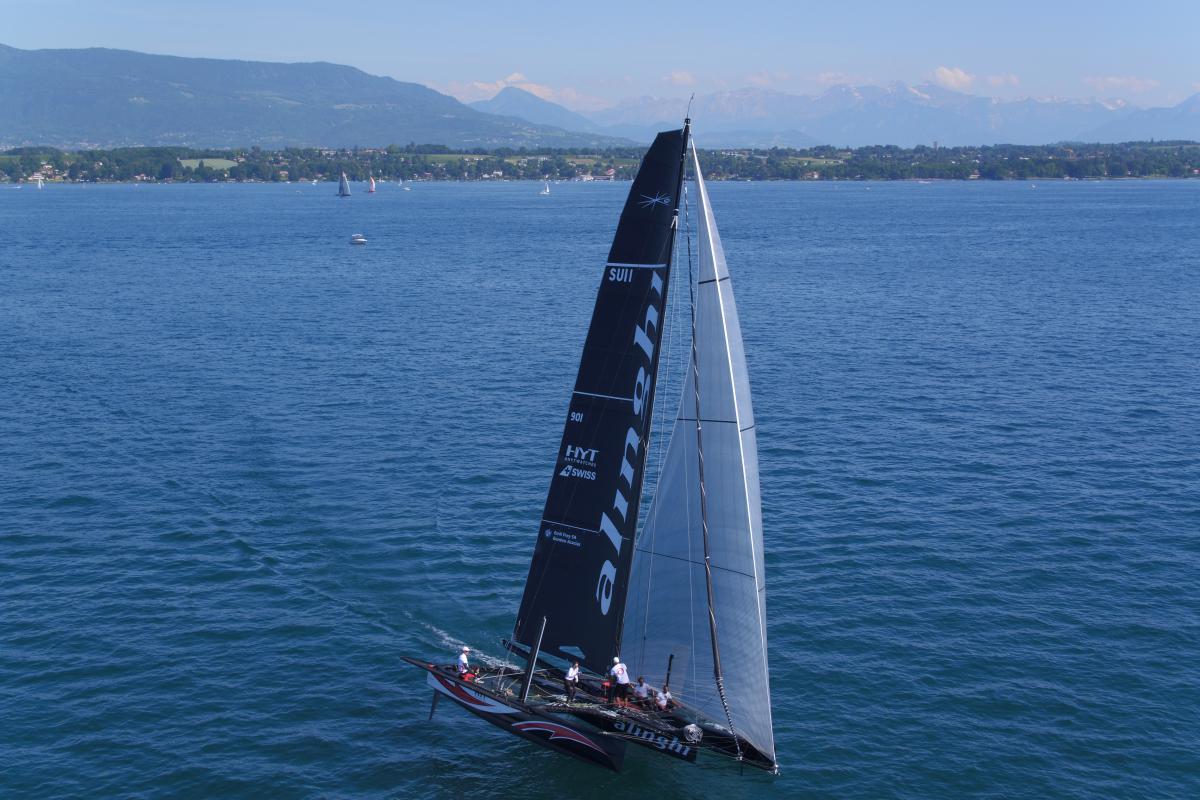 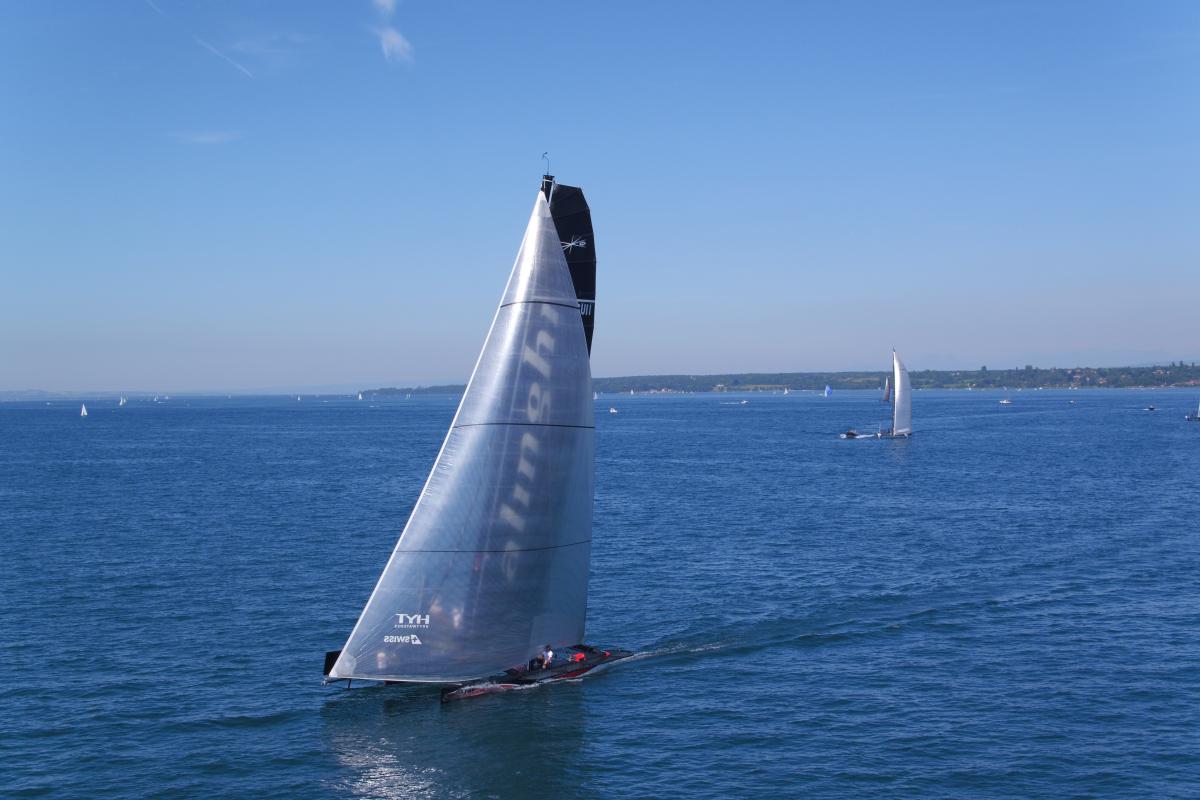 By winning the two races run today, Alinghi took the win in the Grand Prix Realstone, sailed around Versoix, the third such event of the season. The team’s performance meant it secured top position, four points ahead of its closest rival, Ylliam-Comptoir Immobilier, with Swisscom two further back.

Afterwards, a smiling Ernesto Bertarelli said: "We are really happy with our result this Sunday, which has secured us the Grand Prix win, especially given that we were in third place on Friday. We’ve got a good lead in the D35 Trophy rankings, but we take absolutely nothing for granted. Our rivals are continuously improving and are serious competitors, so we must stay at the top of our game.”

Nils Frei, trimmer, did little to hide his satisfaction after the last race: "It was two very classic races in a light 7-knots Séchard wind. We were just about able to fly a hull with the Code Zero upwind and the gennaker downwind. The race course was one sided but we handled it well. We are very happy.”

Nicolas Charbonnier, tactician, was similarly delighted: "We have all done a good job; I think we will all sleep better tonight.” That’s a thought that probably references the oh-so tight finish in yesterday’s Genève-Rolle-Genève, where the team – agonisingly – had to settle for second at the last having been in the lead for most of the race.

For Yves Detrey, these two heats were certainly a boon after that end to the Genève-Rolle-Genève, which had, for him, left a slightly bitter taste in the mouth: "These Grand Prix are ​​definitely more fun and interesting than the big races; especially when we ended ahead. Today we’ve won both races, the event, and nailed down our lead in the D35 Trophy. Perfect scenario.”

As he alludes, Alinghi has reasserted its position as overall Trophy leader, moving to eight points ahead of its closest rival, Ylliam-Comptoir Immobilier.

Click here to sail on board D35 Alinghi (it was straight after crossing the finishing line) and listen to the crew!

Next Saturday, the crew will take part in the classic Bol d'Or Mirabaud, which will see them and hundreds of others do the up-and-down along Lake Geneva: roughly 66 nautical miles (123km) if on the direct route between Geneva and Le Bouveret. This endurance event generally holds many surprises for the 500 or so competitors who will line-up to try to win this prestigious Cup. For its part, Alinghi will be going for its seventh victory.

To find out more
www.d35trophy.com