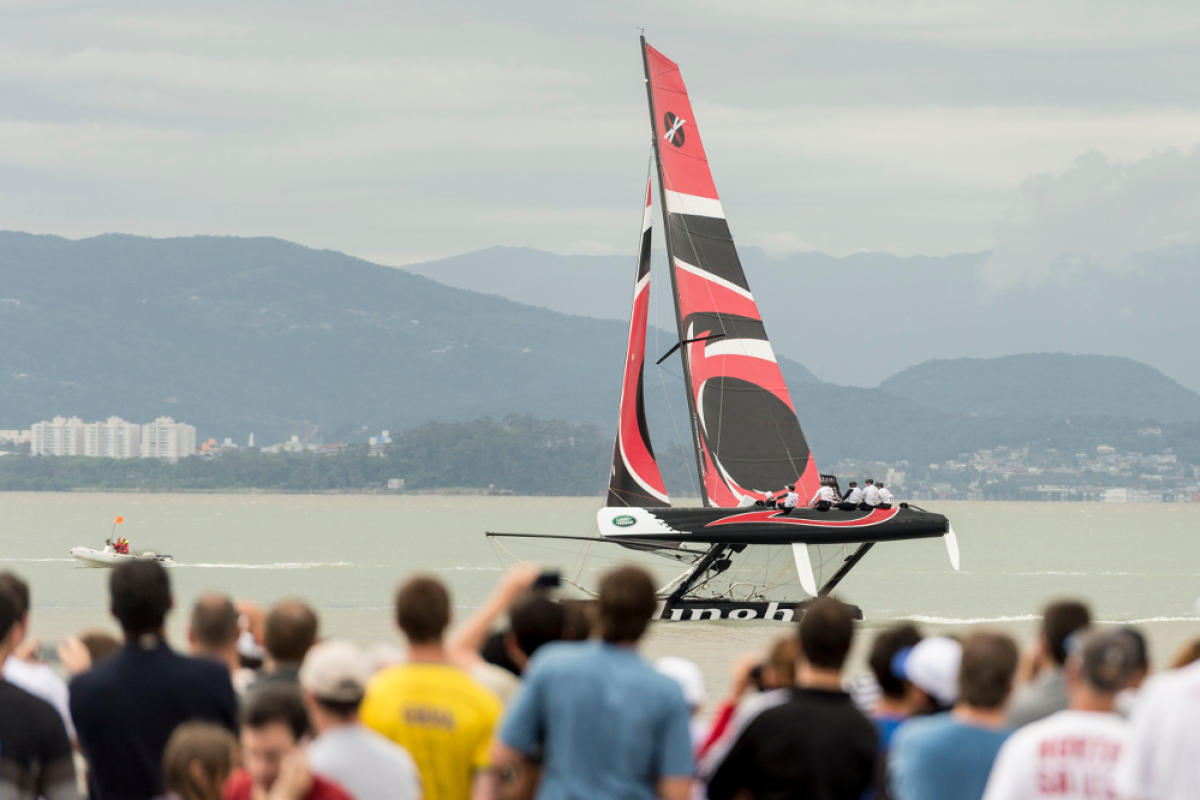 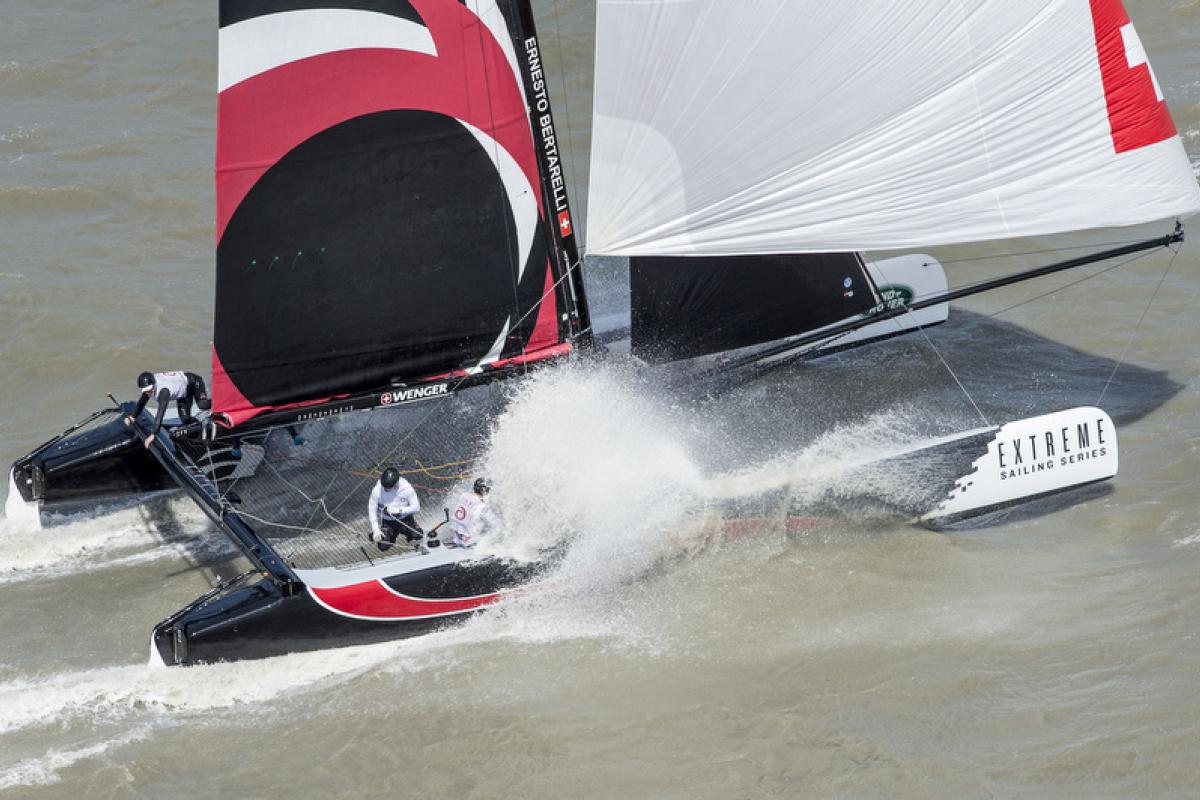 In a nail-biting finale to 2013’s Extreme Sailing Series Alinghi took a thrilling win in Act 8, In Florianopolis, Brazil. And Ernesto Bertarelli’s team’s stunning performance meant that they came within a hair’s breadth of taking the overall Series itself, finishing level on points at the top of the leaderboard with The Wave, Muscat. In the end, it was only Act Win Countback that denied Alinghi with what would have been a fitting end to a superlative season.

Nonetheless, Alinghi have every reason to be delighted with their performance. Over the course of four days in Brazil the team and their rivals from Oman staged a private duel for the Series, going into match racing mode from the off, to the delight of the thousands of onlookers. Going into the final race – a double-pointer – it was The Wave who were leading the Act, but having got themselves in front Alinghi didn’t look back, securing second and the Act victory. Tantalisingly, The Wave crossed the finish line to secure enough points to justensure first place overall.

Afterwards, The Wave’s skipper, Leigh McMillan, paid tribute to his rivals, saying: “We haven’t been able to shake Alinghi all year; they haven’t really put a foot wrong”. Indeed, with victory in Brazil Alinghi became the only team to finish on the podium at every Act during 2013 – a fitting testament to the team’s consistency.

Morgan Larson, Alinghi’s helmsman, was equally fulsome in his praise for the team with whom he and his crew had just done battle:

“It felt like from the very start of the season it would come right down to that last race and even after the first day of this event Leigh slipped ahead a little bit, and we knew we would have to fight and we could get it back! Leigh capitalised on some big wind shifts and he deserved his victory!” Going on to praise his crew, “This year has been an amazing team effort and I really enjoyed sailing with the Swiss team. The guys onboard really welcomed me in the team; I couldn’t dream of a better situation personally!”