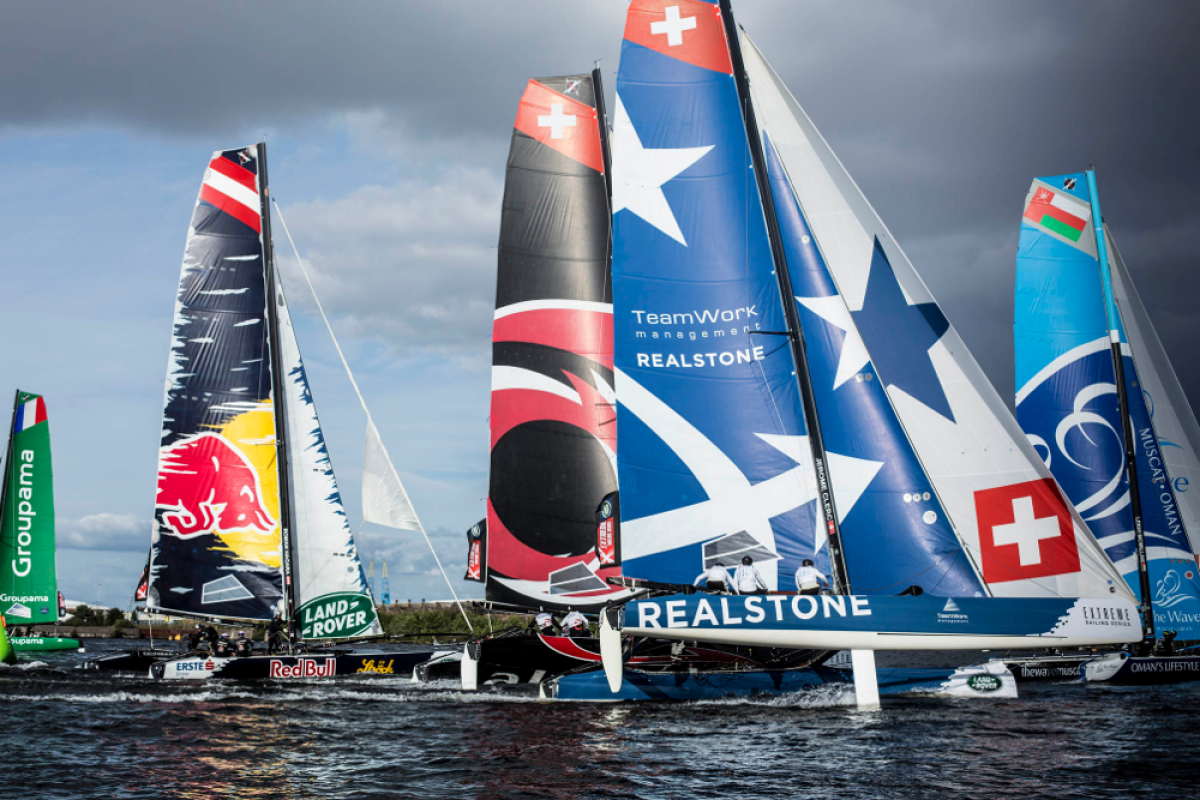 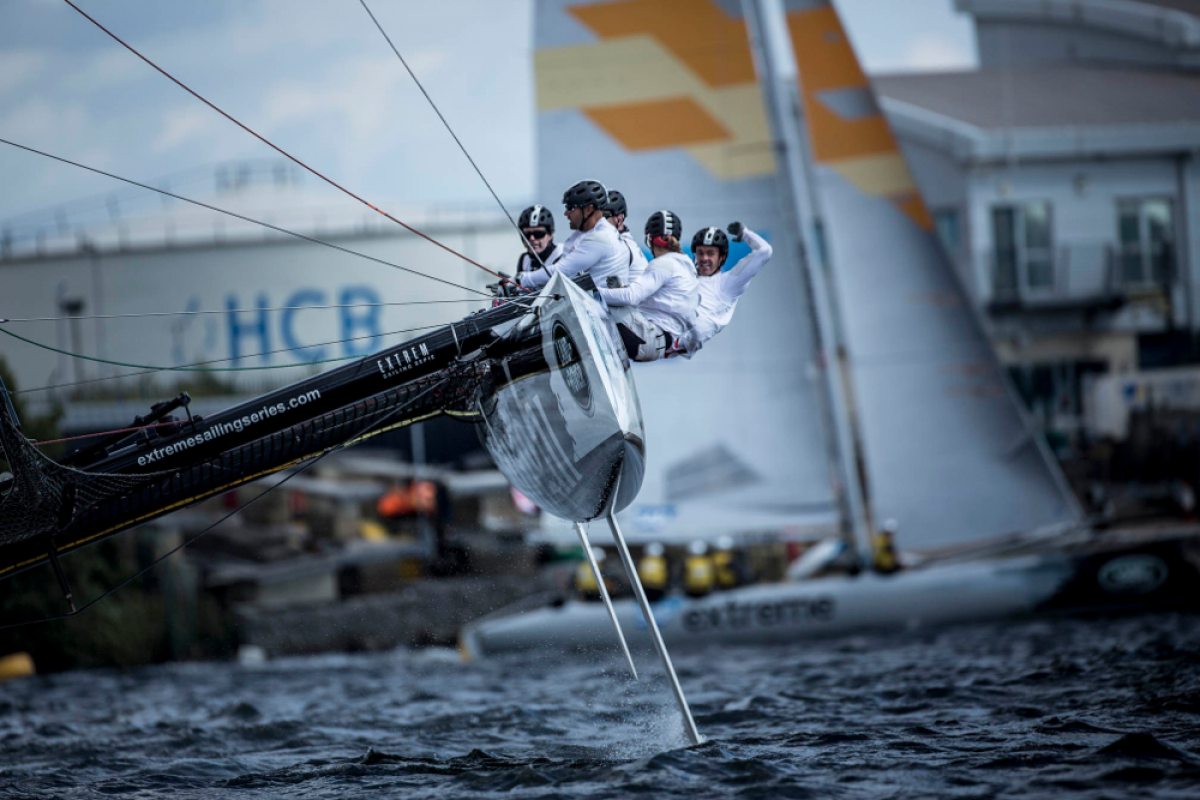 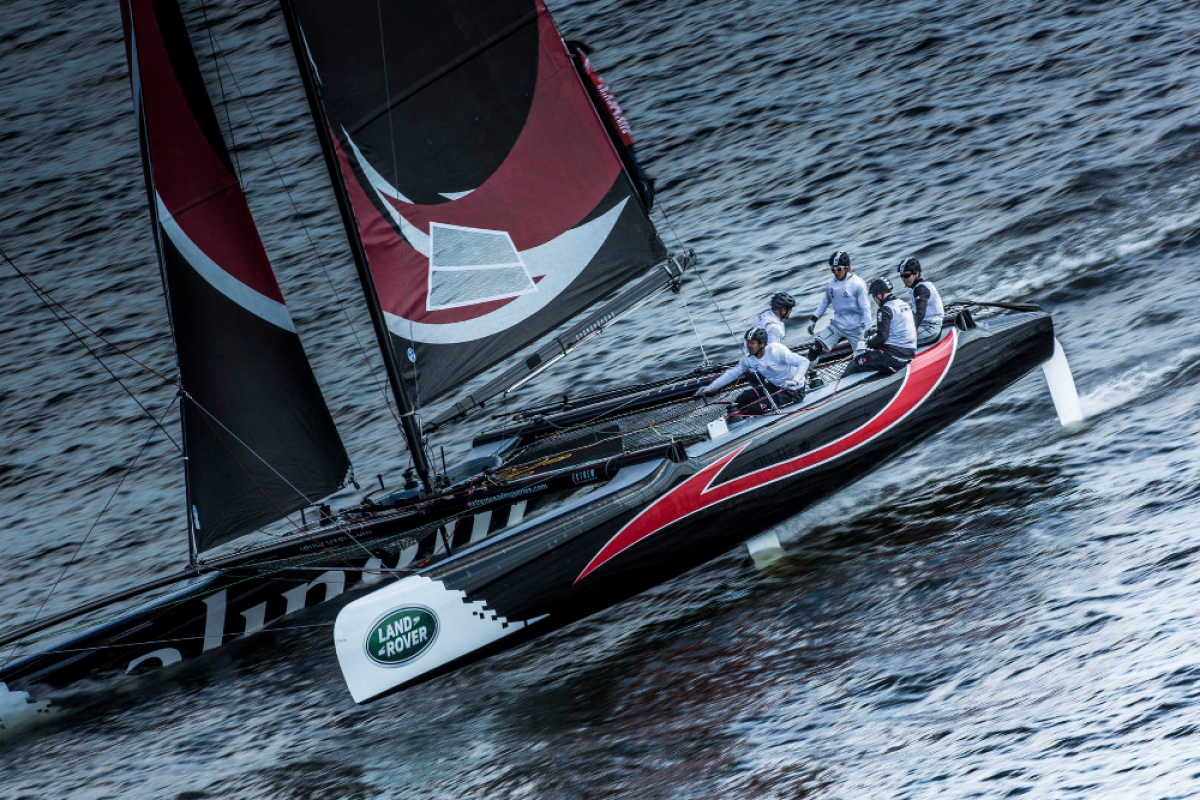 Over the course of a bank holiday weekend in Cardiff, the weather ranged from blue skies to tempestuous clouds. These changing conditions, combined with a tight and challenging stadium racecourse, created some of the most exciting racing of the 2014 season so far.  And the final race had it all…

Having raced consistently well throughout the course of the weekend, Alinghi had it all to play for as the fleet lined up for the finale, with the team vying with old rivals The Wave, Muscat and J.P. Morgan BAR for top spot. With all three crews able to secure top spot the racing was tense, competitive and, above all, dramatic. With the teams fighting each other all the way as they tried to gain the upper hand, racing took place at even closer quarters than normal, resulting in a three-way collision as all three teams leaned hard on each other in the tussle for the top.

It was The Wave who took advantage of the mayhem to secure Act 5, leaving Alinghi to do battle with Sir Ben Ainslie’s J.P. Morgan BAR for second place. Happily, the team were able to see off their opponents, claiming the runner’s up position that their performance over the weekend more than merited.

“We were waiting for Leigh to tack and he drove us right into the boats rounding the mark and boats started coming at us head first. We ended up above the mark so we couldn’t bear away and at the same time, Ben (Ainslie) was coming round into the side of us and it all turned into a mess. All three boats were tangled on each other. It’s very frustrating, but hopefully we can learn from our mistakes, we’re still on top which is good – the damage could have been worse. We need to move on to Istanbul and refocus for that event.”