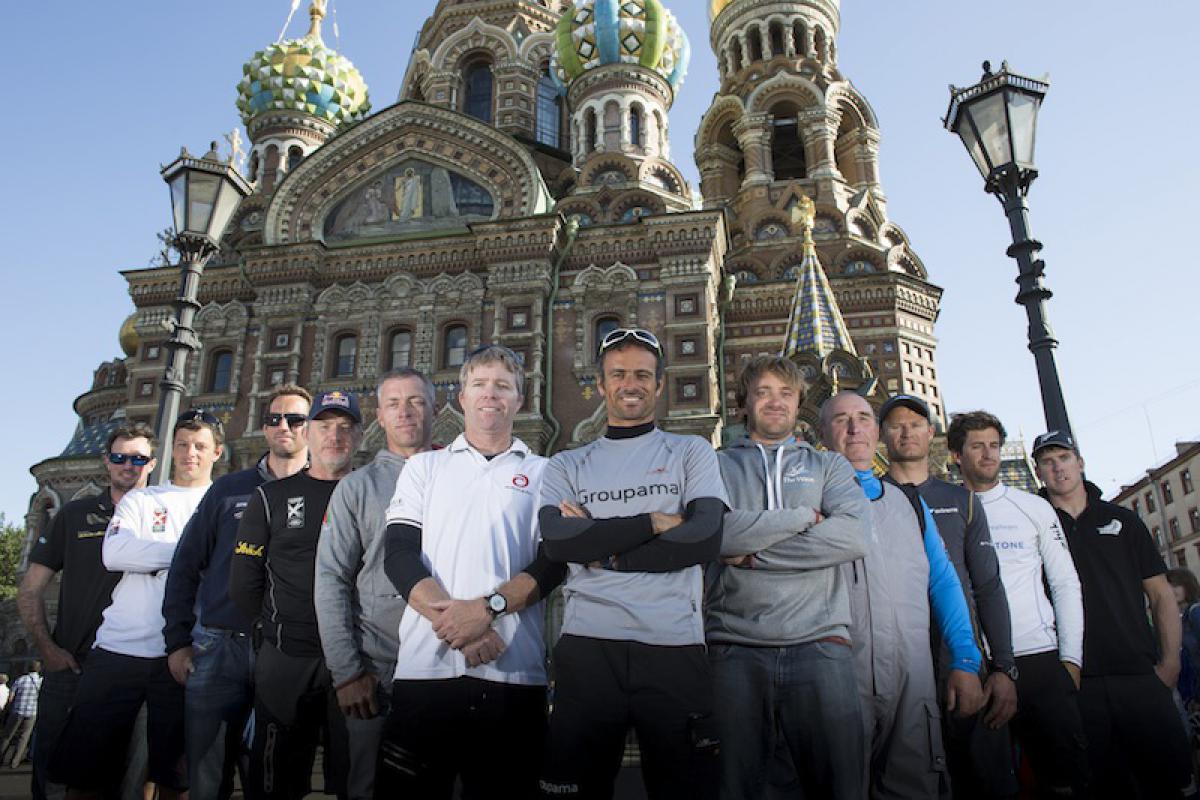 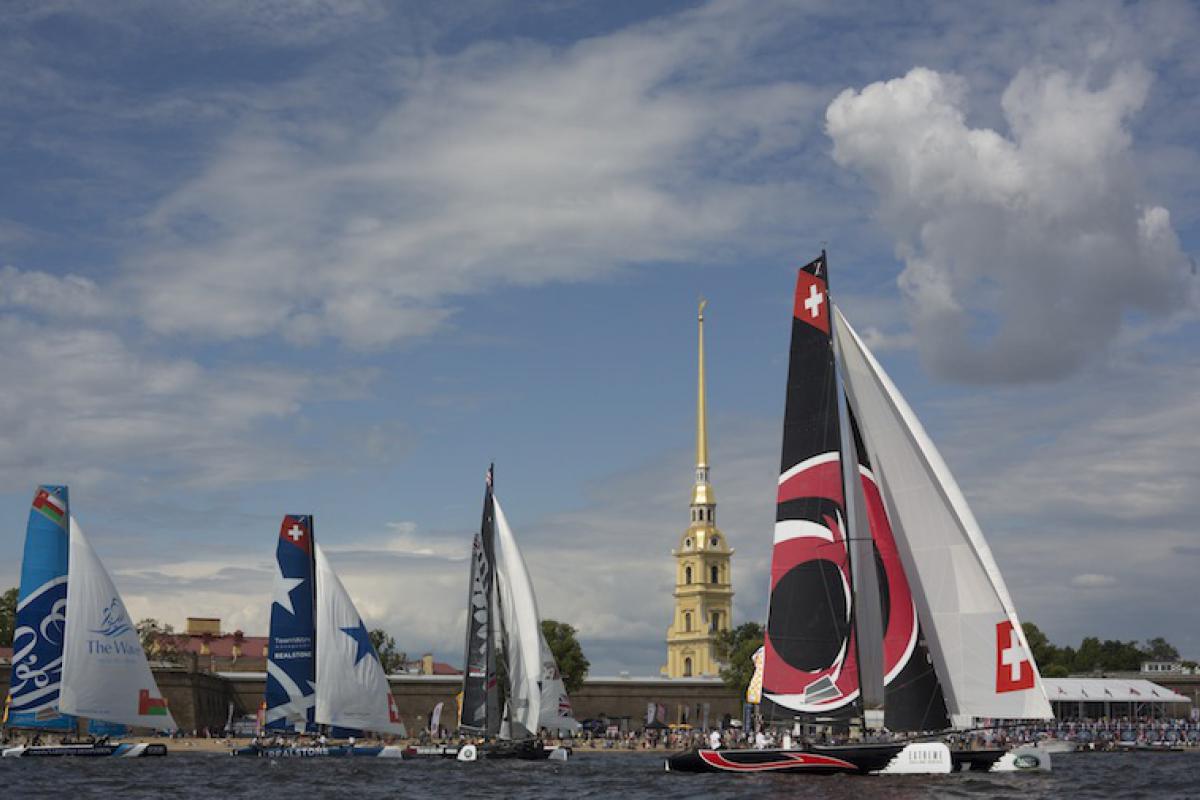 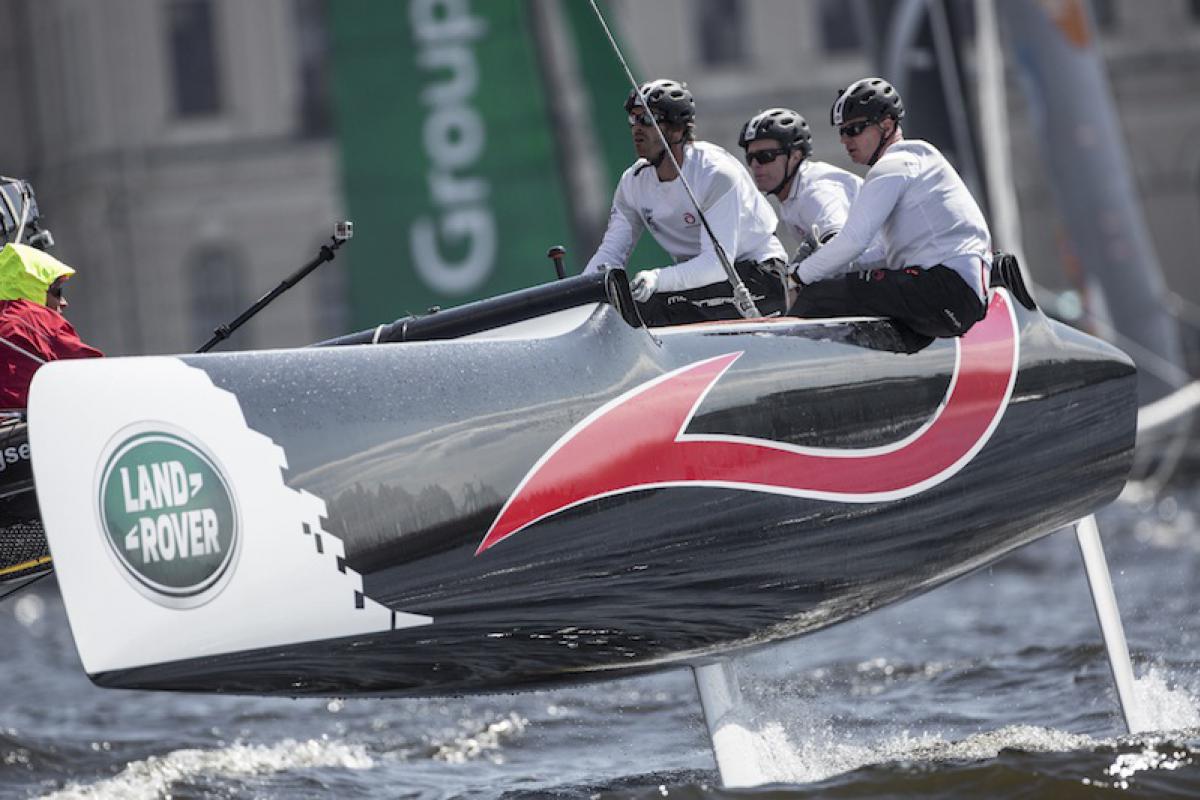 In a thrilling end to Act IV of the 2014 Extreme Sailing Series Alinghi sealed victory in Saint Petersburg – the team’s third win of the season, which has cemented their place at the top of the overall leaderboard at the halfway mark of the competition.

Though the triumph was not secured until the final double-pointer race on Day 4, in truth it was Alinghi’s awesome performance on Day 3 that was the key to victory. Three race wins on this penultimate day saw the team notch an astonishing 74 points to move to the top of the rankings. It was a day and a performance that helmsman Morgan Larson said was his best ever in his three years on the circuit.

Six short, action-packed races were sailed on the final day, which provided the best conditions of the week – 10 knots of breeze and 15 knot gusts making for exciting sailing. This meant that the starts were particularly important, with those that got it right able to take full advantage. As has been the case for some time now Alinghi’s biggest rival for top-spot was The Wave. Despite their best efforts, however, the Omani team could not close the overnight points gap on Ernesto Bertarelli’s team. Heading into the final race they needed a gap of seven boats to overtake Alinghi.

It was a task too far and the delighted Swiss easily confirmed their win. Afterwards, Morgan Larson said:

“It’s nice to put a little stamp on our win and to let the guys know that we’re here to try and win the whole Series this time. The team is working well together and we finally feel confident that we can do it. Saying that, the heat is on, some teams are working really hard and we know that we’ll have to step up if we want to stay head.”

It was the fleet’s first visit to Saint Petersburg and to Russia and it was a huge success. There can’t be many more beautiful settings in which to race. Conditions were fantastic, as were the crowds. And Alinghi will certainly have happy memories of the venue! Now, onto Cardiff…