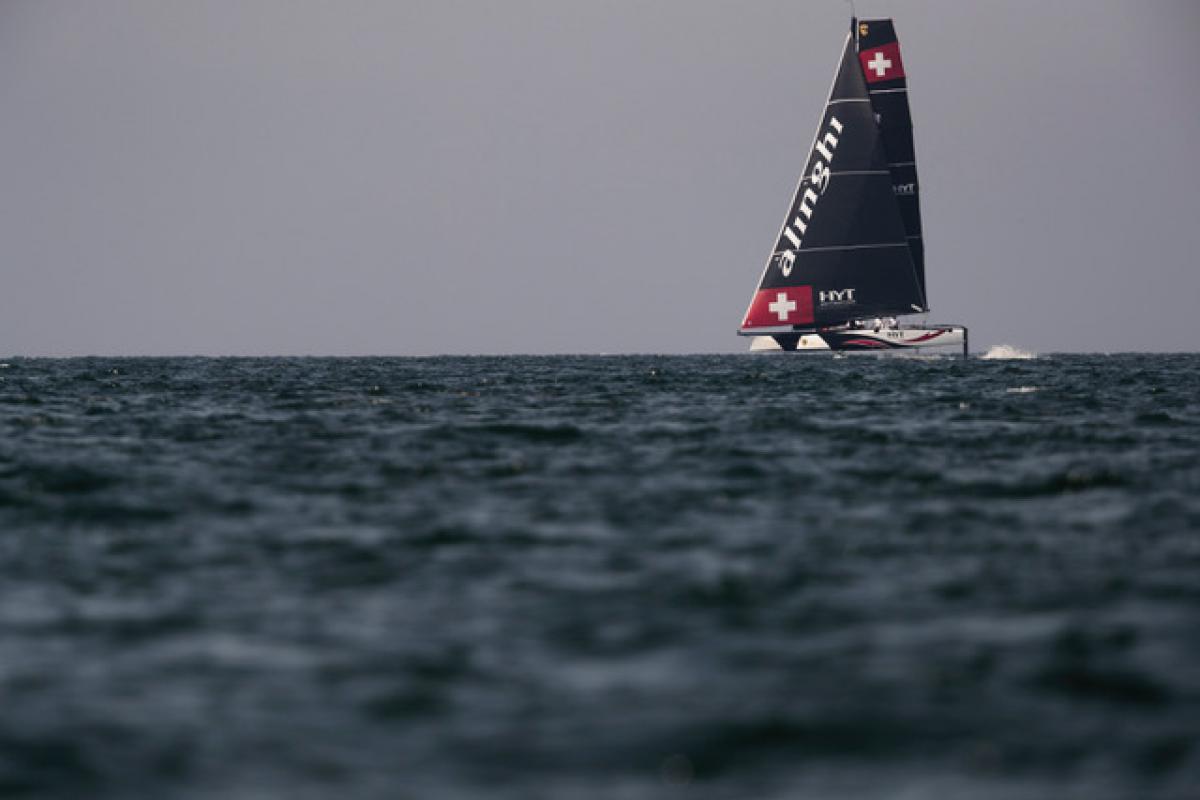 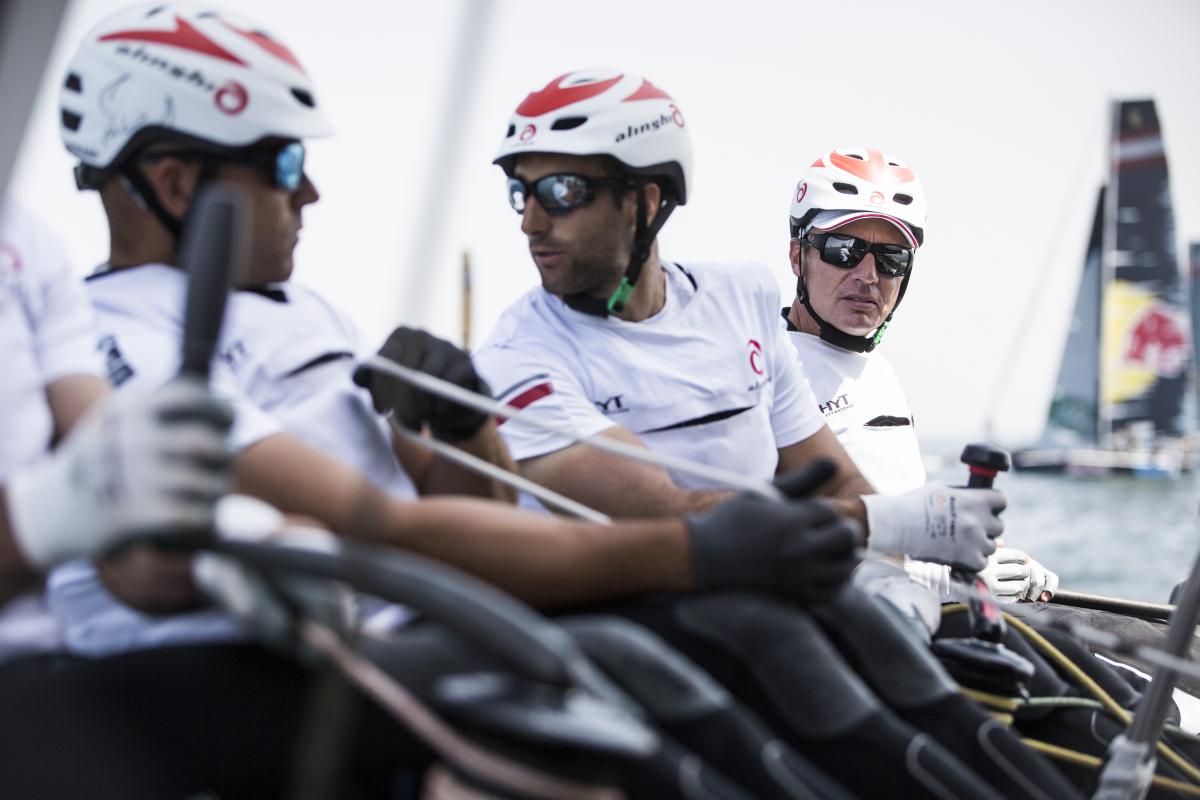 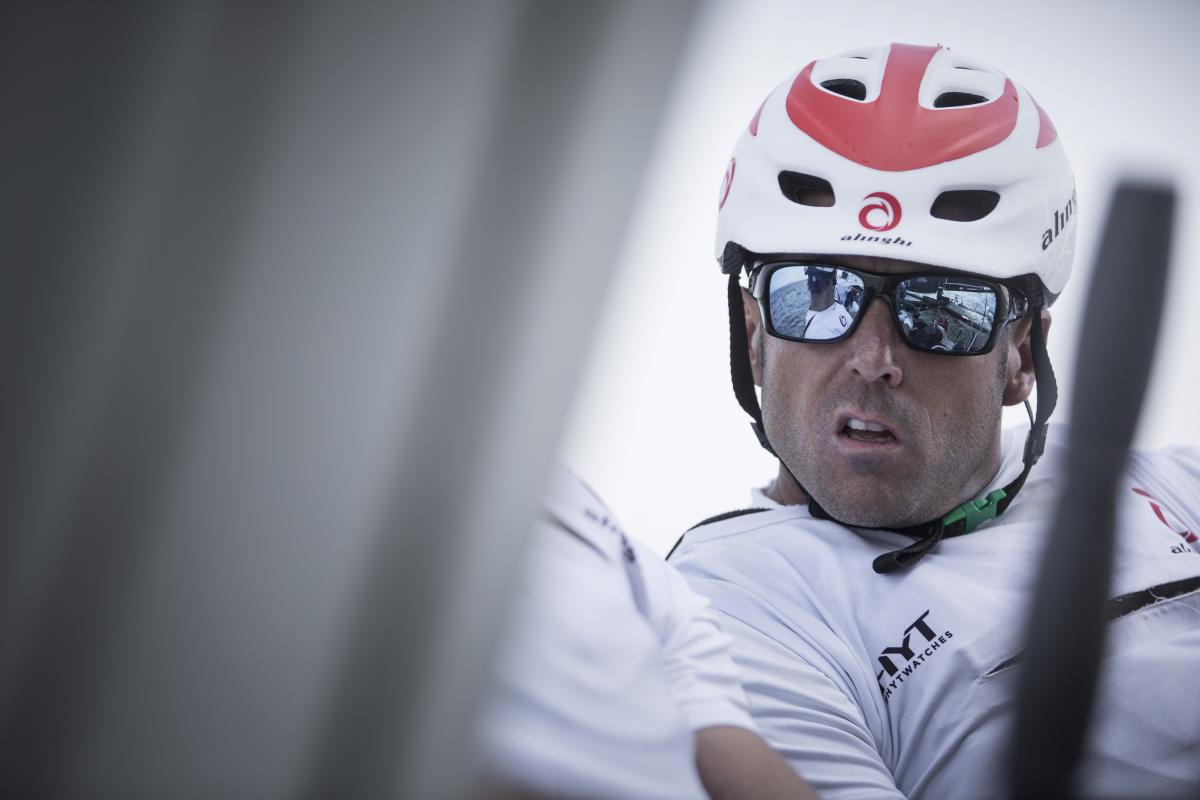 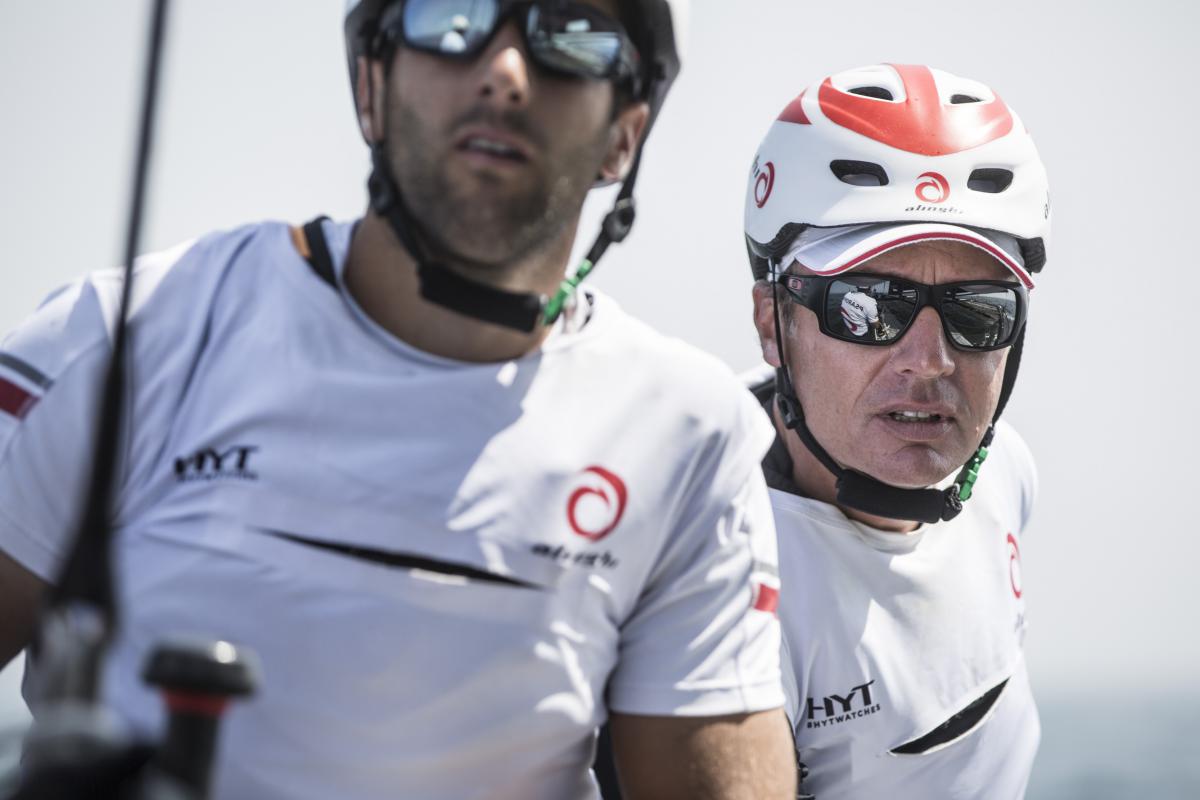 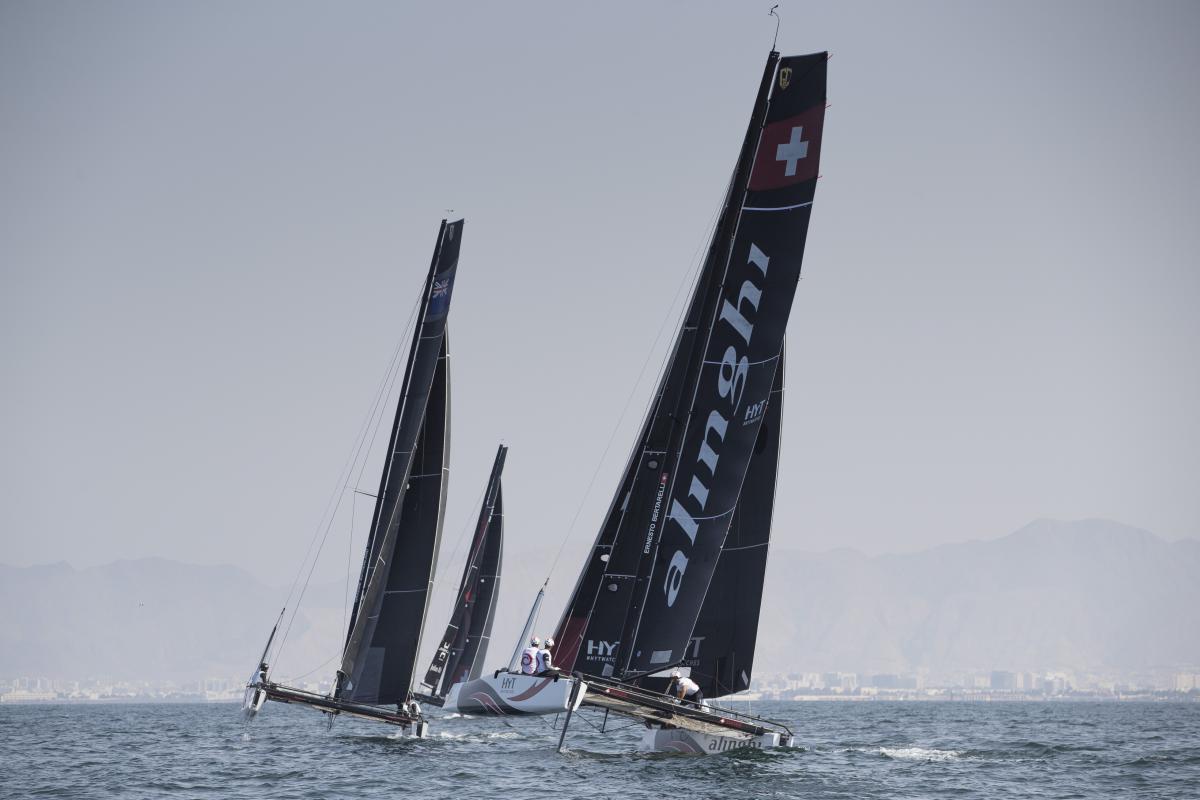 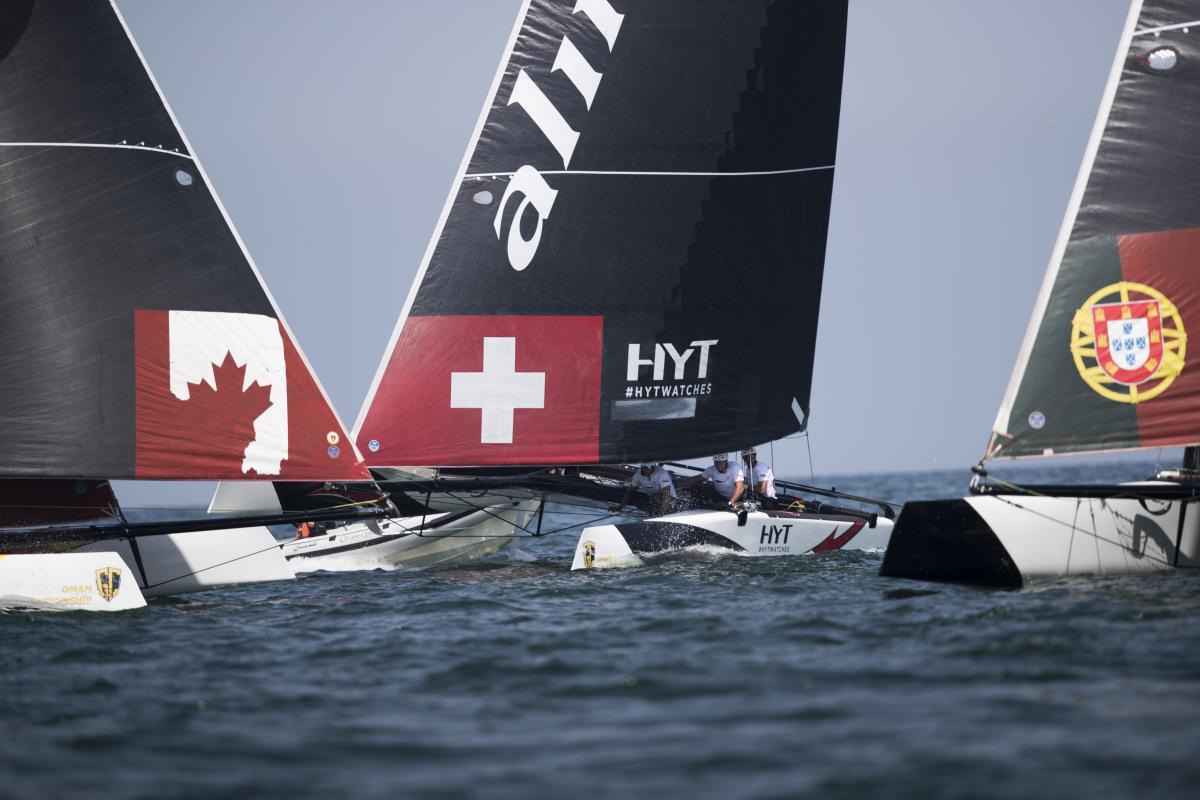 Nils Frei, headsail trimmer:
"Leaving the port today we had 9-10 knots of wind, which allowed us to foil in the first race, in which we finished sixth. We were blocked on the start line by a competitor, meaning we were left in a bad position once we got to the first mark, though we were then able to make up some ground.

"At the same time, the level has definitely been raised this week, as can be seen by how each team has had differing results throughout the course of the regatta. In today's race Oman Air finished seventh, Team Tilt fifth and Red Bull Sailing Team eighth. SAP's second place in the race secures them the same position in the overall rankings tonight, with us one position behind, six points ahead of Tilt in fourth.

"Soon after the first race the wind fell and the race committee even had to cancel the second race as it was being run, the time limit to finish it having been breached - the rule states that if nobody is over the finish line within 35 minutes then the race is abandoned and the race restarted on a shorter course, if the wind allows it, of course.

"The wind stayed the same, so we look forward instead to tomorrow and hope for big breezes so that we can enjoy some great racing."

The sailing starts a little earlier tomorrow than the previous days, at 12:00 local time, with five additional races added to the programme.

Find all results on: https://www.gc32championship.com/results/