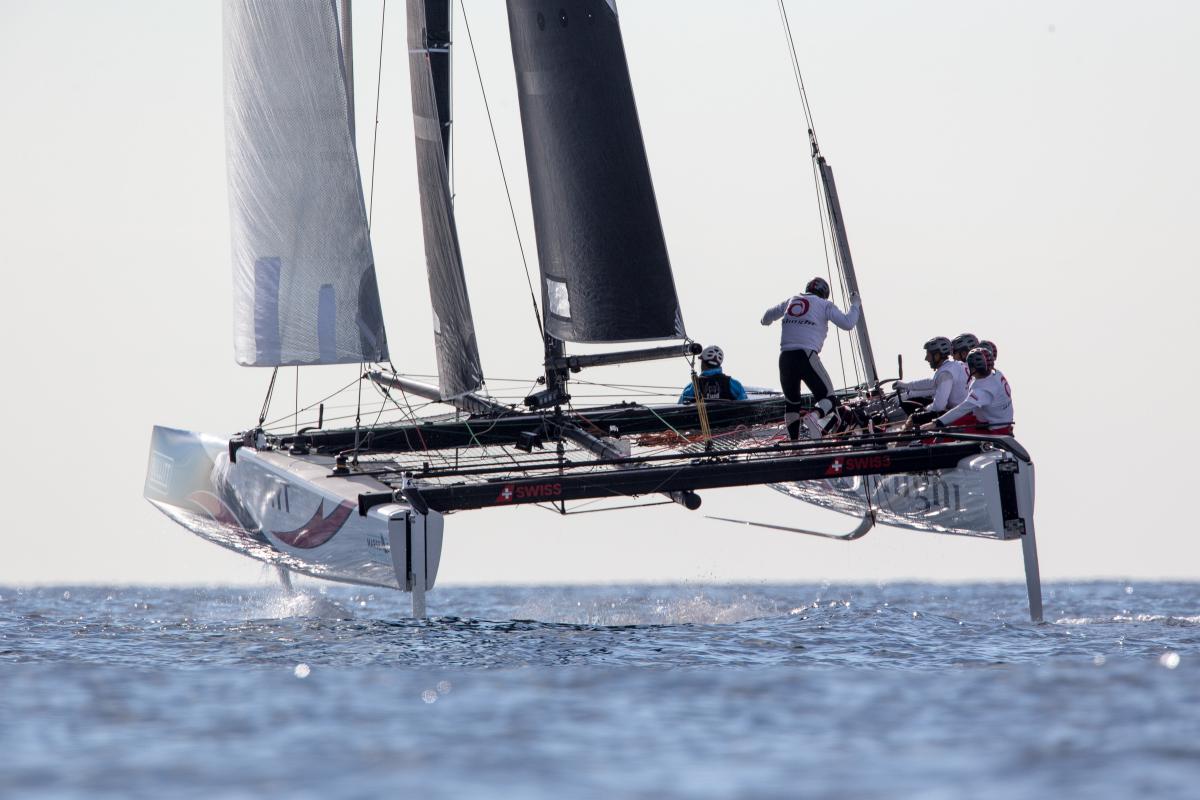 It was a very tough day on Day 3 of the GC32 Bullitt Tour in Marseille, with light but shifting winds making it tricky for all of the teams. And, as it played out for Alinghi on a number of occasions, even if you nailed the start, the fact that the wind might die meant that your rivals might be able to use the momentum to behind you to seize the initiative. But that is not to take away from any of the competitors, as conditions were the same for all!

There were to be no race wins for Alinghi on this penultimate day on the Med, but the team should be proud that they have retained their lead at the top of the regatta's leaderboard, albeit having seen it slimmed to three points ahead of Spindrift in second. Though there were no wins, the fact that Alinghi were second in three of the day's races has put them in a good place heading into tomorrow's final day. There is also some good news, with some good breeze forecast. Should be good...!