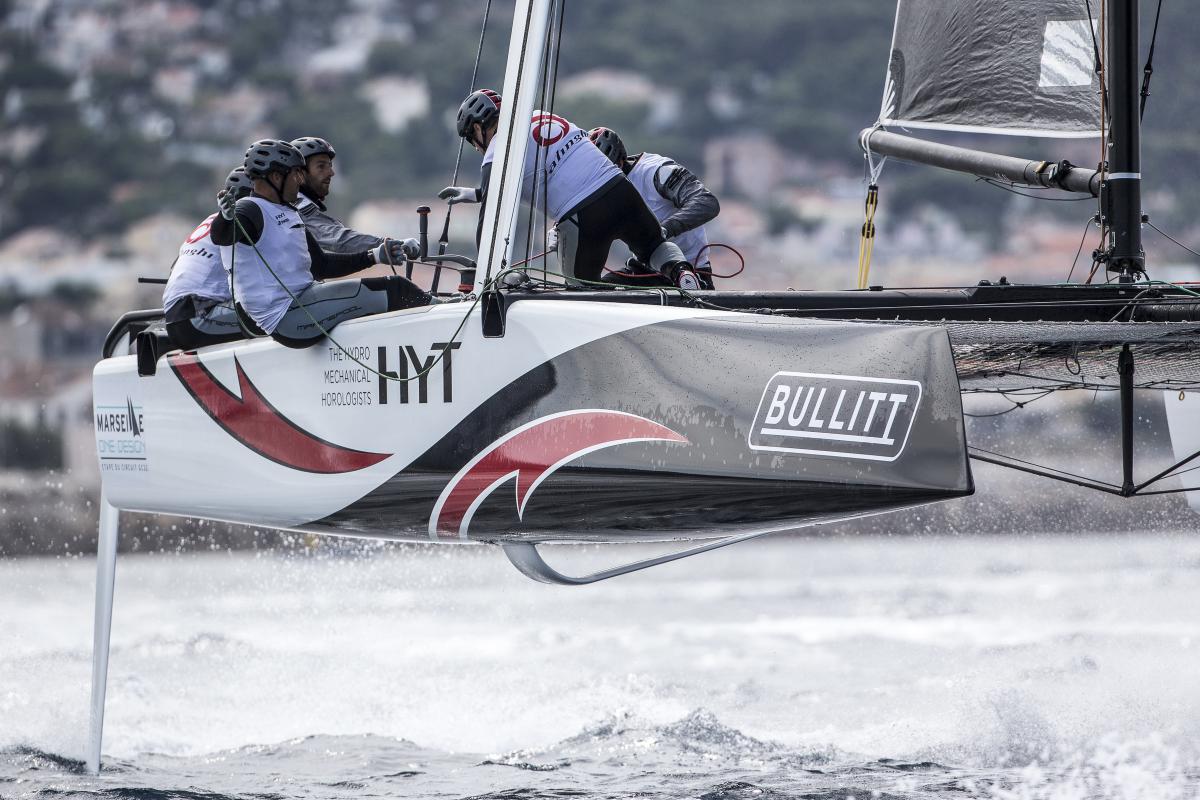 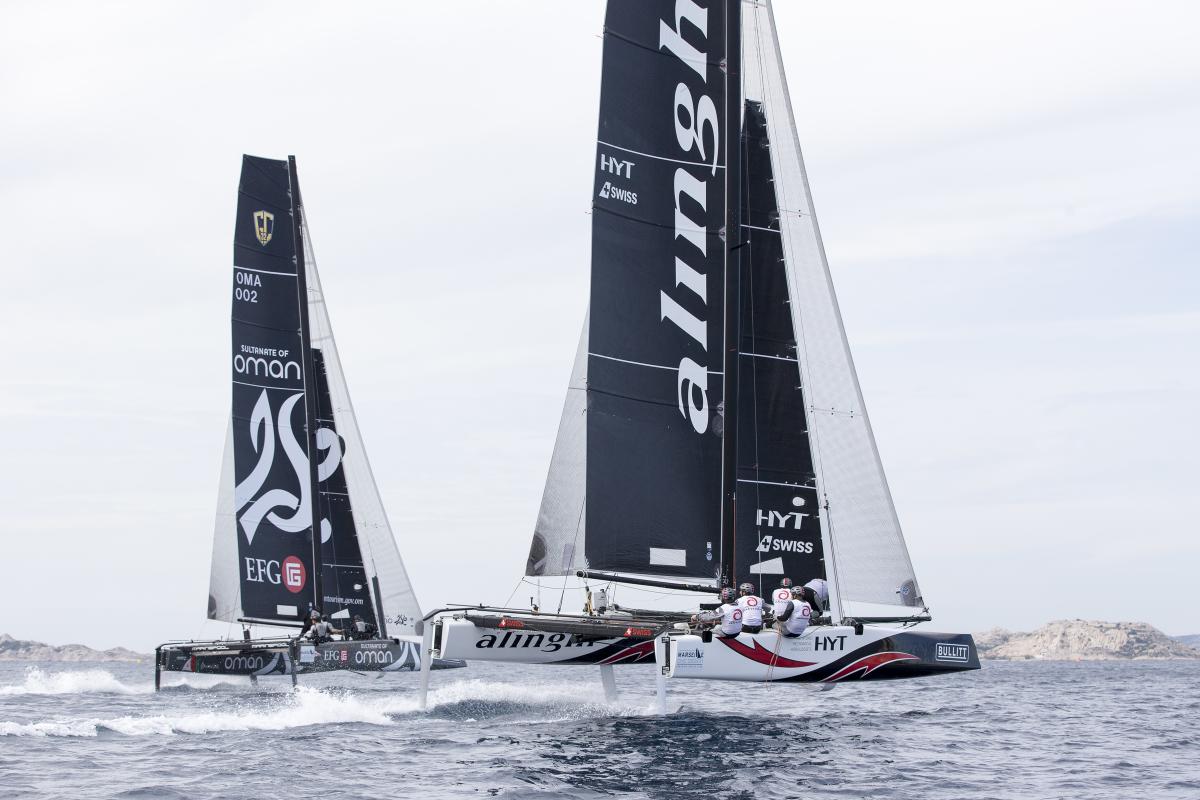 The GC32 Racing Tour has rolled into Marseille this week and the Mediterranean has seen fit to provide the teams with good conditions for racing. With winds picking up nicely before the gun was fired, the sailors had the opportunity to push their flying machines as they are meant to be pushed.

Six races were run and it could not have gone much better for Ernesto Bertarelli's Alinghi, with the team recording four victories, leaving them in a great position atop the leaderboard heading into Day 2.

It wasn't always clear sailing - literally. In Race 2, Alinghi were up on the foils, going at over 20 knots, when the door was shut by a rival, meaning that a collision with the Race Committee looked imminent. Morgan Larson and the team managed to pass clear - by millimeters - and, with the Umpire's call green, went onto to take the race, having been 4th at the mark.

High drama, and let's hope for more tomorrow. Though perhaps not *so* close... !