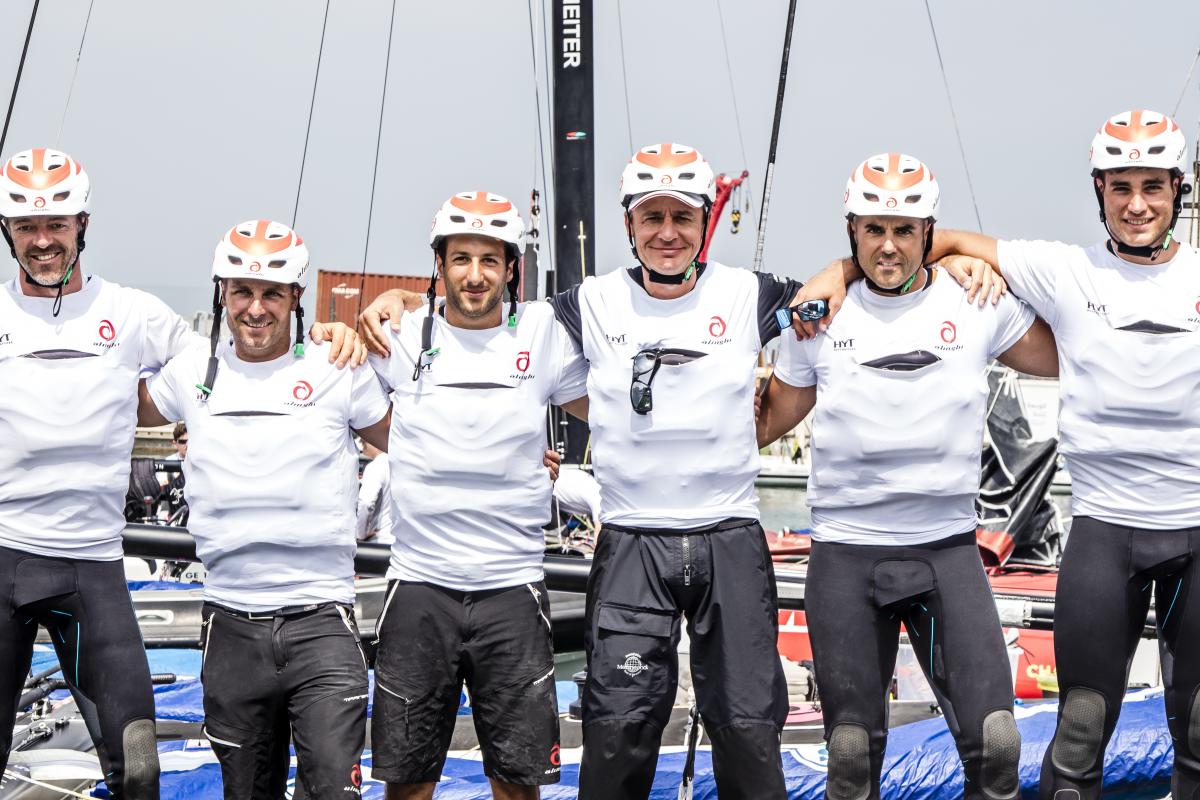 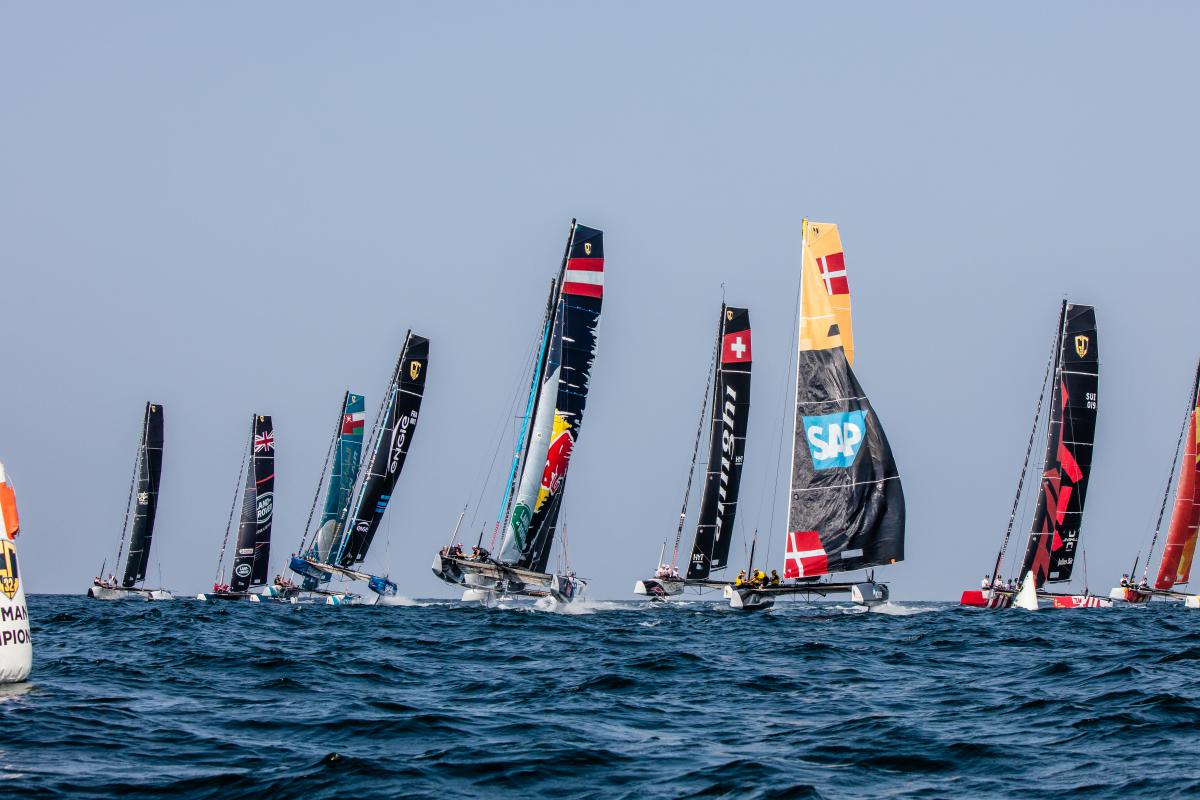 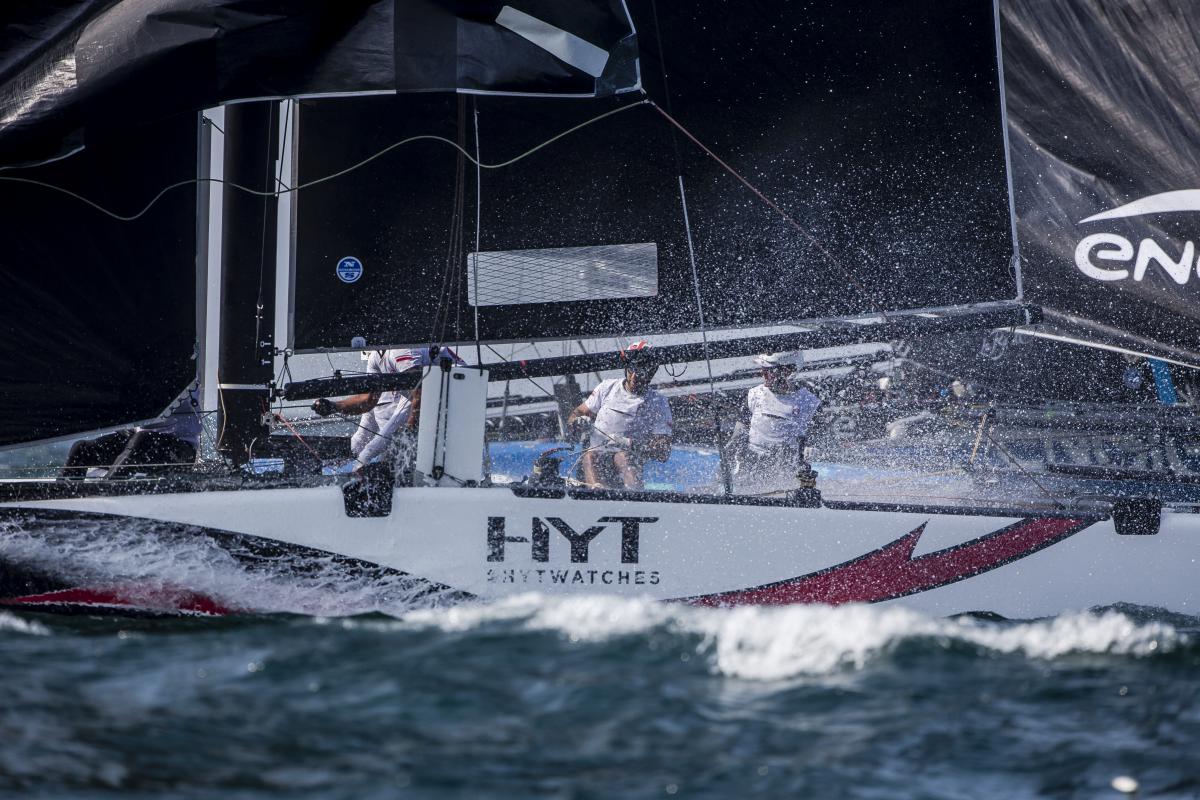 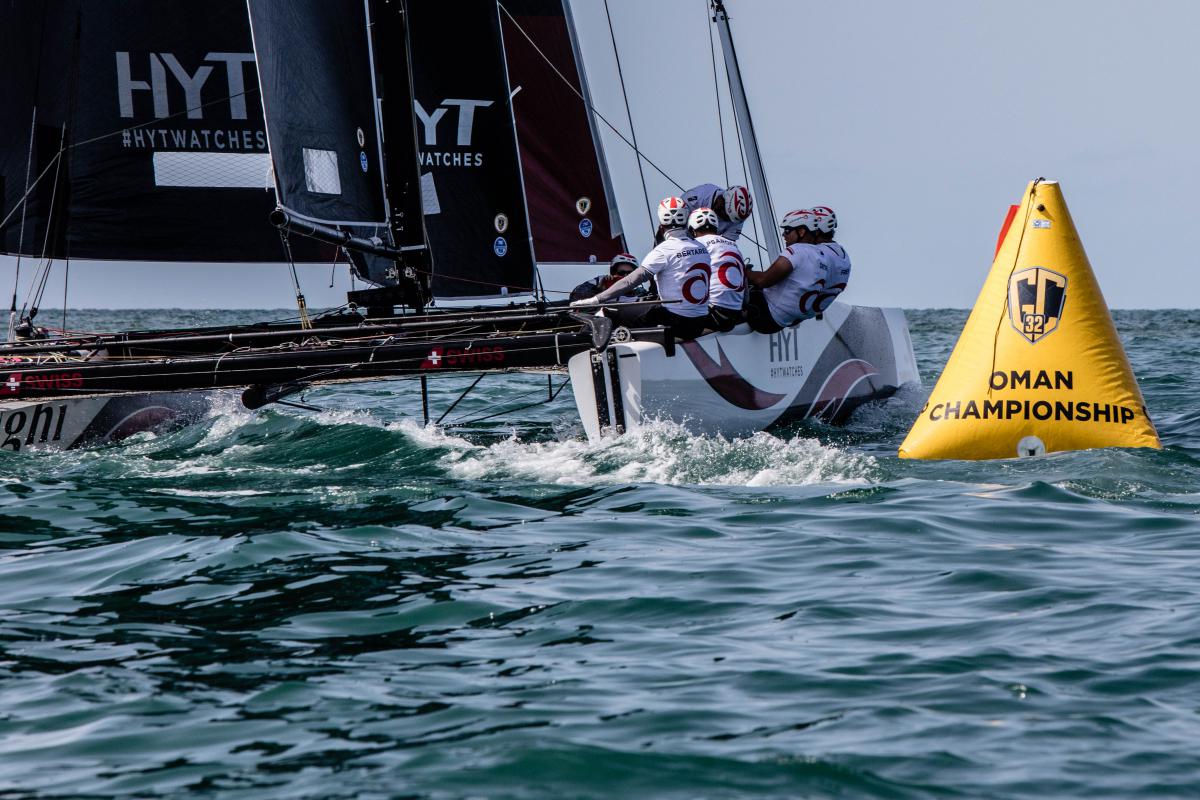 Ernesto Bertarelli, Skipper and Helm: "With five races sailed today we are pleased to have completed the full programme of the first day of this annual GC32 class championship here in Oman. These flying boats really are great machines and I really enjoy being at the helm – it is great fun.

"I am pleased with our alternating third and fourth place finishes because in these types of regattas that last several days, consistency can often be key. It is not like events where a team's worst result is discounted. Here, every race, every place and every point is important. Tonight, we lie in third place in the overall rankings, tied with SAP in 2nd and three points behind Oman Air, who lead the fleet. It's tight at the top, the more so because the other Swiss team, Tilt, are only one point behind us. For tomorrow we expect conditions to be pretty similar and we are all really looking forward to renewing the battle against this fleet of beautiful GC32s."

Nils Frei, headsail trimmer, says: "We had fairly typical wind for the region, between nine and 13 knots and coming from the northwest and which allowed us to foil in each race. The courses are longer than those on the Extreme Sailing Series circuit, so we have more time to develop our tactical game. The manœuvres we carry out are generally the same, but we tend to do a little less since we are not constrained by things like a harbour wall or quays that exist in restricted race zones of the type that, naturally, we see in the ESS, where the emphasis is on stadium racing in venues where the public can get close to the action. We even have the time here to lower the gennaker during the upwind legs in order to reduce the drag.

"Even though only a few points separate the top at the end of this first day, it's interesting to note that the top three are part of the Extreme Sailing Series, with the following two teams part of the GC32 Racing Tour. Maybe the ESS has taught us well?! In any case, starting a race with 11 boats can be tight! We decided not to take too many risks today on the starts, but maybe risk is what it will take in order to stay near the top of the rankings."

Racing is back tomorrow at 1pm local time, with five races scheduled.

After Day 1, the standings read:

What: The very first annual GC32 class championship, bringing together teams from the Extreme Sailing Series and the GC32 Racing Tour, as well as those who simply run a GC32
Who: 11 international teams, each with five members
Where: Al Mouj, Muscat, Oman
When: Tuesday 28th of February to Sunday 5th of March, 2017
How: The teams will compete in a race around marked buoys aboard their one-design 32ft long foiling catamarans – the GC32