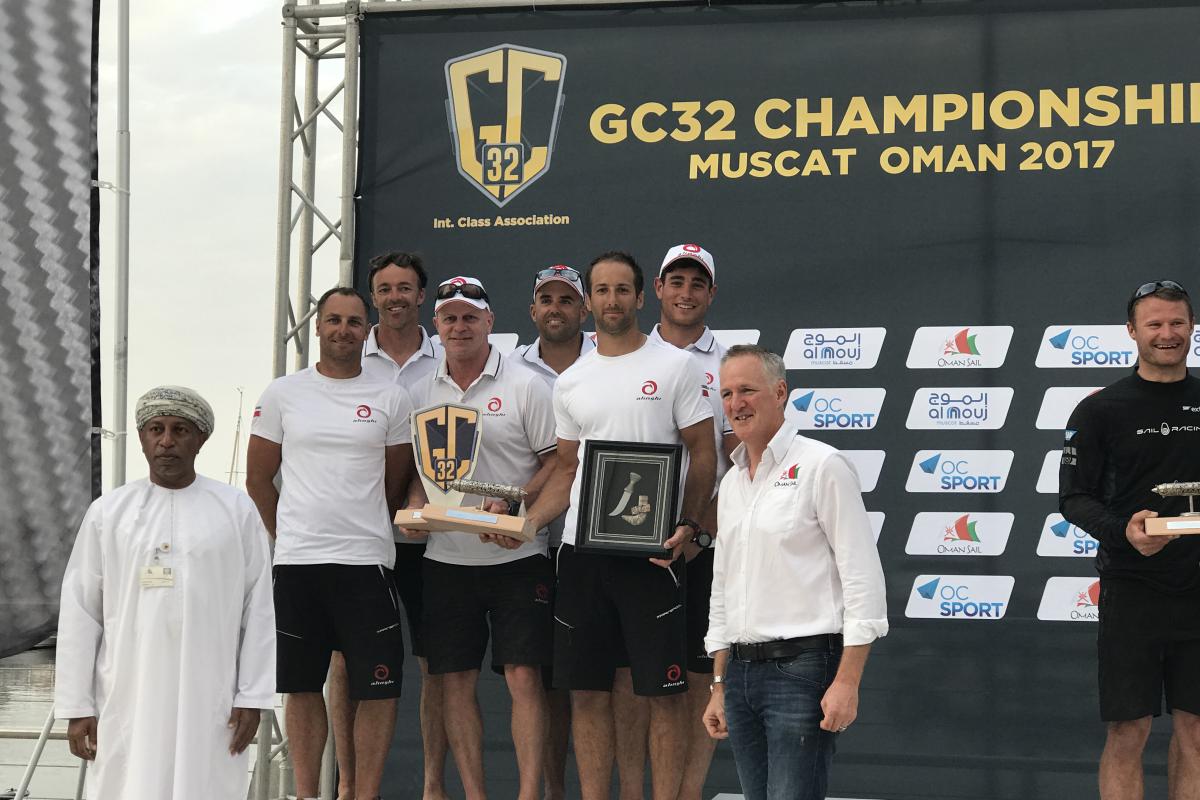 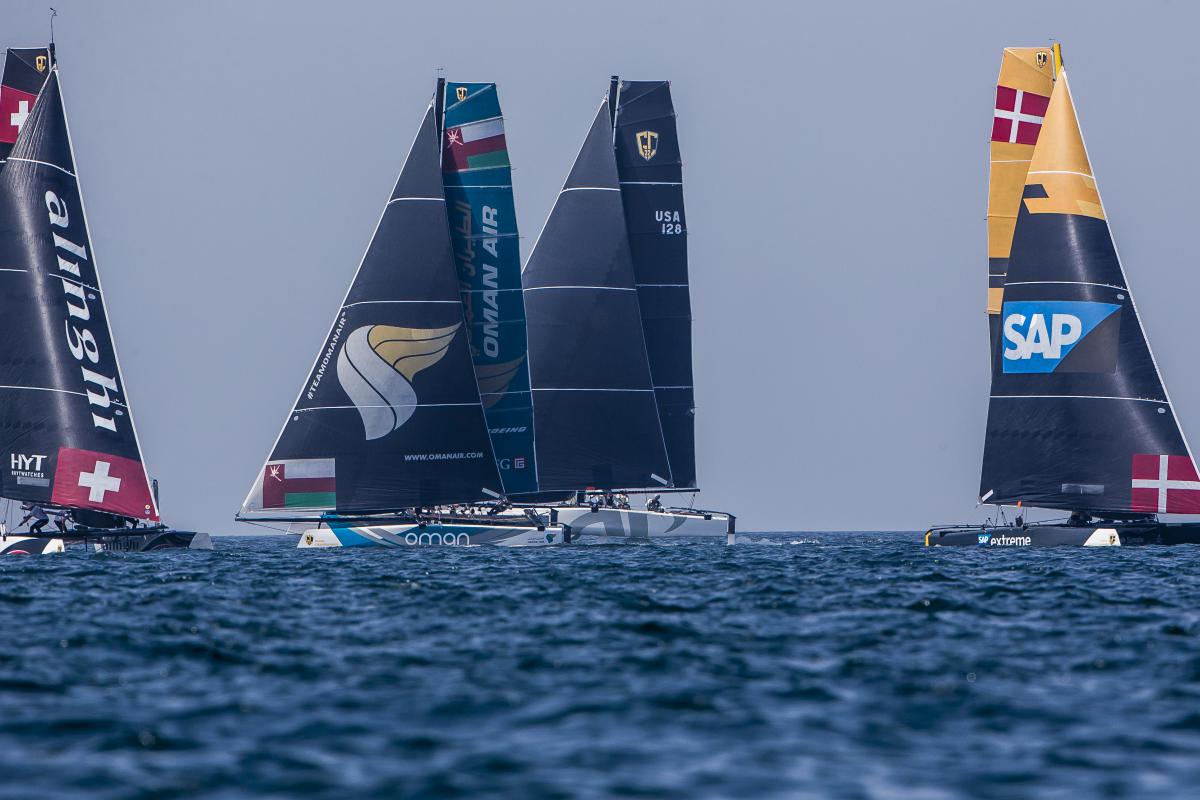 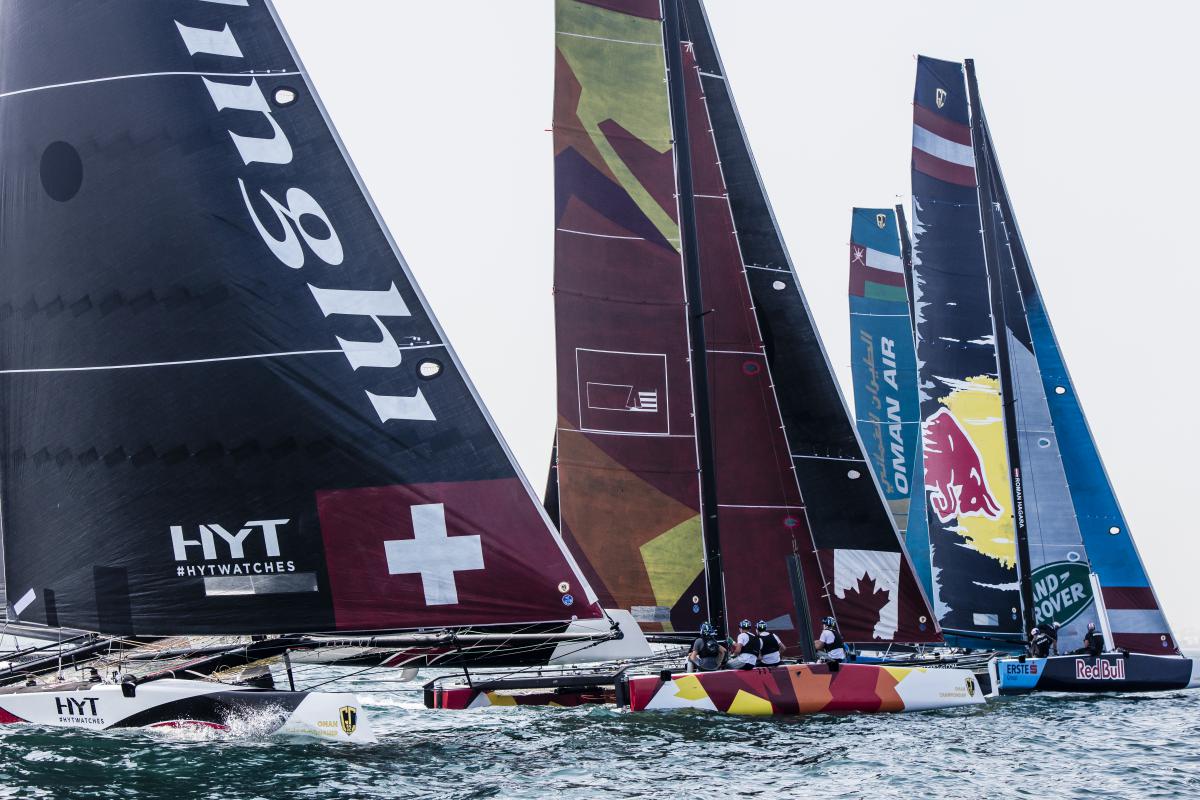 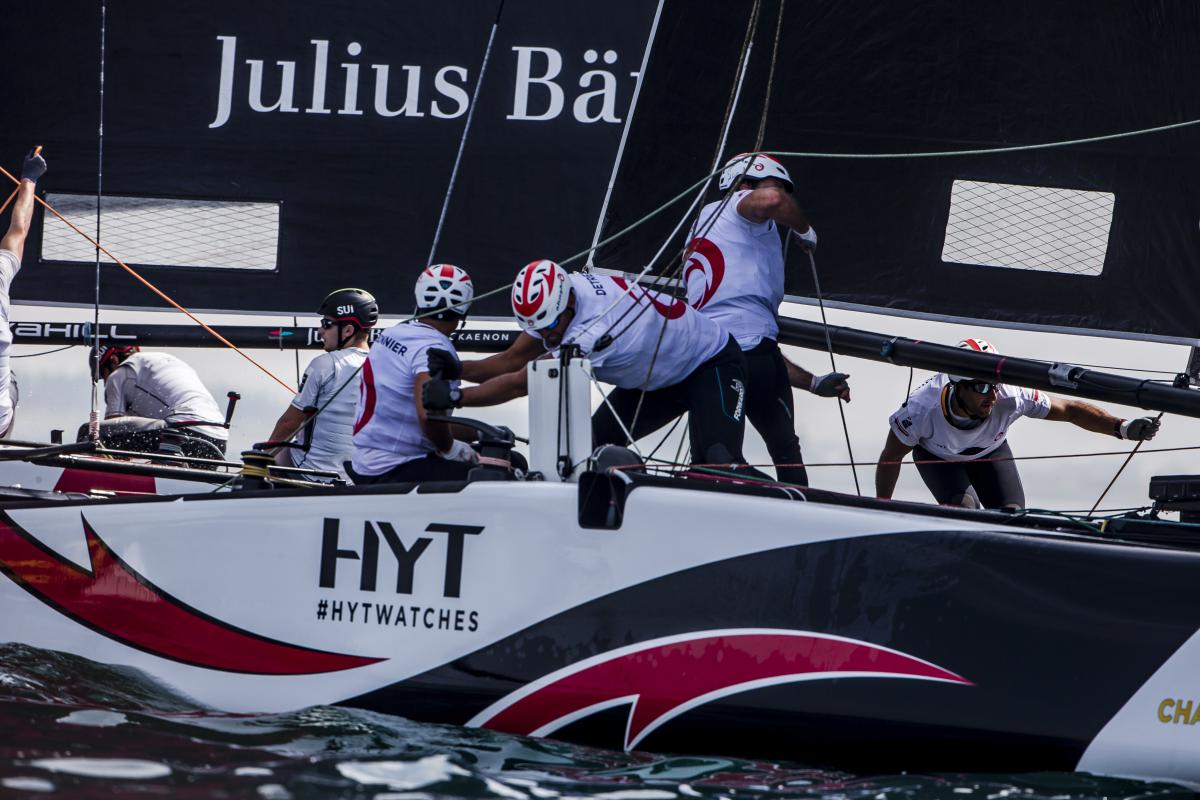 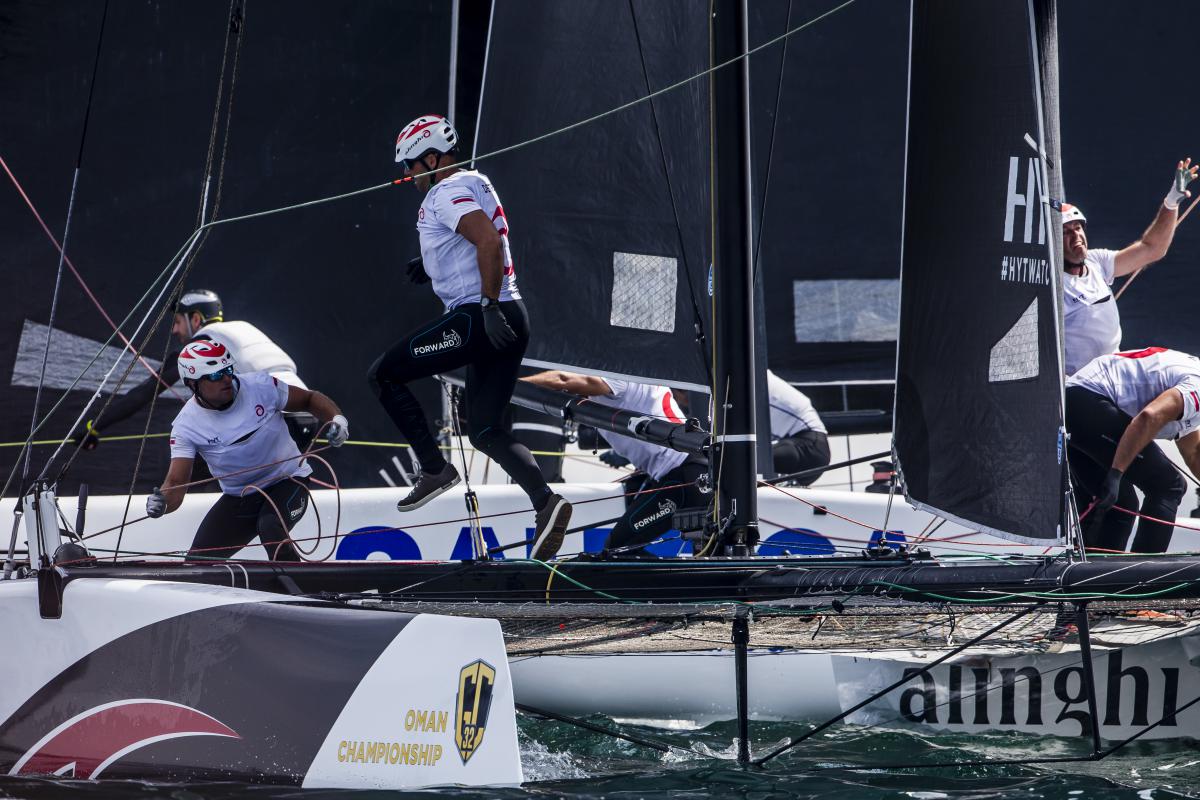 11 flying boats, five days of racing and 16 races: This is the summary of the first ever GC32 class championship, which was composed of teams that usually take part in either the Extreme Sailing Series or the GC32 Racing Tour.

Arnaud Psarofaghis: "In third position this morning we were seven points behind SAP and 14 behind Oman Air. Given the pre-race predictions for little wind, and therefore it looking unlikely that the full race card would be run, we knew that aiming for first place overall would be pretty unlikely. That said, we knew we had to try and give everything in the first race, so we took a risk and started on the other side of the line to the rest of the fleet. It paid off, with us winning by a good margin.

"In the second race, we tried to execute the same plan. We didn't have quite the same success from the start, but we still found a nice line, meaning we were in the lead at halfway. And then the direction of the wind turned suddenly towards the right..." - and here Arnaud can only laugh - "...and so our timing was effected as to when we needed to launch our last manoeuvre to cross the line as quickly as we could. In the event, Oman Air took advantage and won the race by a single second."

The race committee confirmed that just a metre separated the two boats at the finish, but the overall standings were to remain the same because the wind then dropped and did not rise again in the afternoon, meaning a halt was called to this first edition of the championship.

Yves Detrey: "Overall it was a great week of competition. A bit of wind was missing on two of the five days but we are satisfied with how we performed, with good speed up and downwind, and a very good second place in the overall standings tonight.

"We started the week on the podium and never left it. It was important to be consistent in this type of lengthy regatta.

If we are to look at the 16 races in detail, our worst score was a seventh place, against which some of our opponents registered eighth, ninth, last, or even disqualification. So, even though we may not have been first across the line as often as some of the others, in the end our consistency has paid off, as the overall standings show. For example. Team Tilt and Engie each won two races but finish 5th and 6th tonight. SAP won four races, recorded three second places, the same number of third places, and take third on the podium.

"I want to make a special mention of Ernesto who, applied and super concentrated as usual, has shown his talent this week. After a year's absence at the helm of the GC32, he knew, as Nico said yesterday, that in a few hours he had to learn what we had learned over several months. Hat's off to him!

"Our focus now is on a day of rest before we resume training and go again on the waters off Muscat on Wednesday."

Next up is Act 1 of the Extreme Sailing Series 2017 (March 8 to 11), in which the team will do everything possible to repeat its performance of 2016.

The general classification of the inaugural GC32 Class Championship after 16 races (for each race, first place takes one point, second, two, etc.) reads: