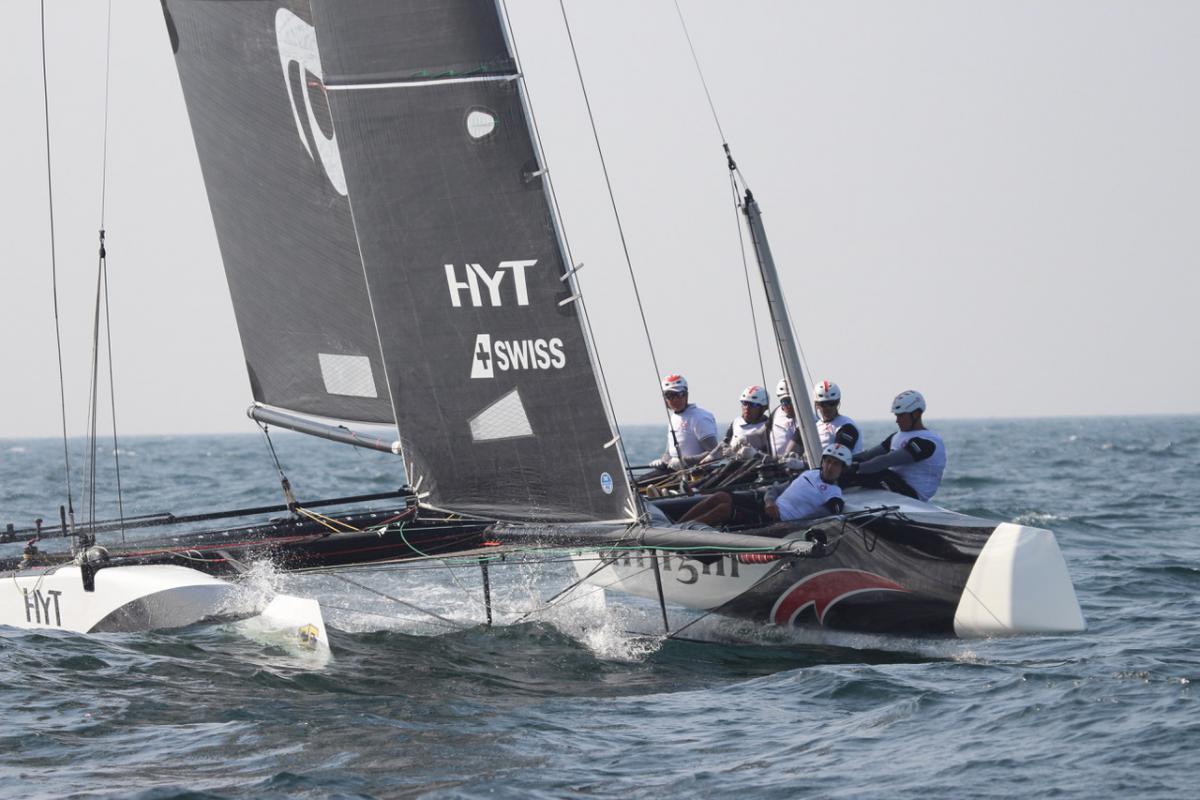 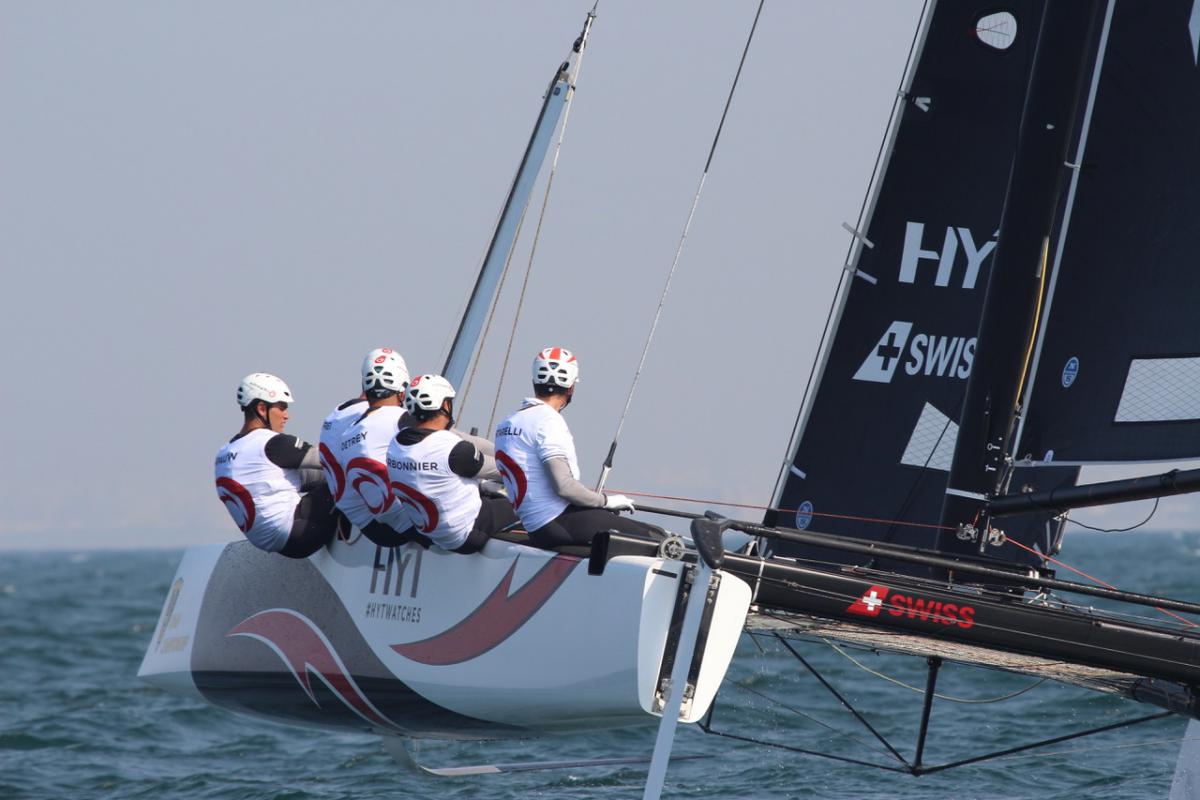 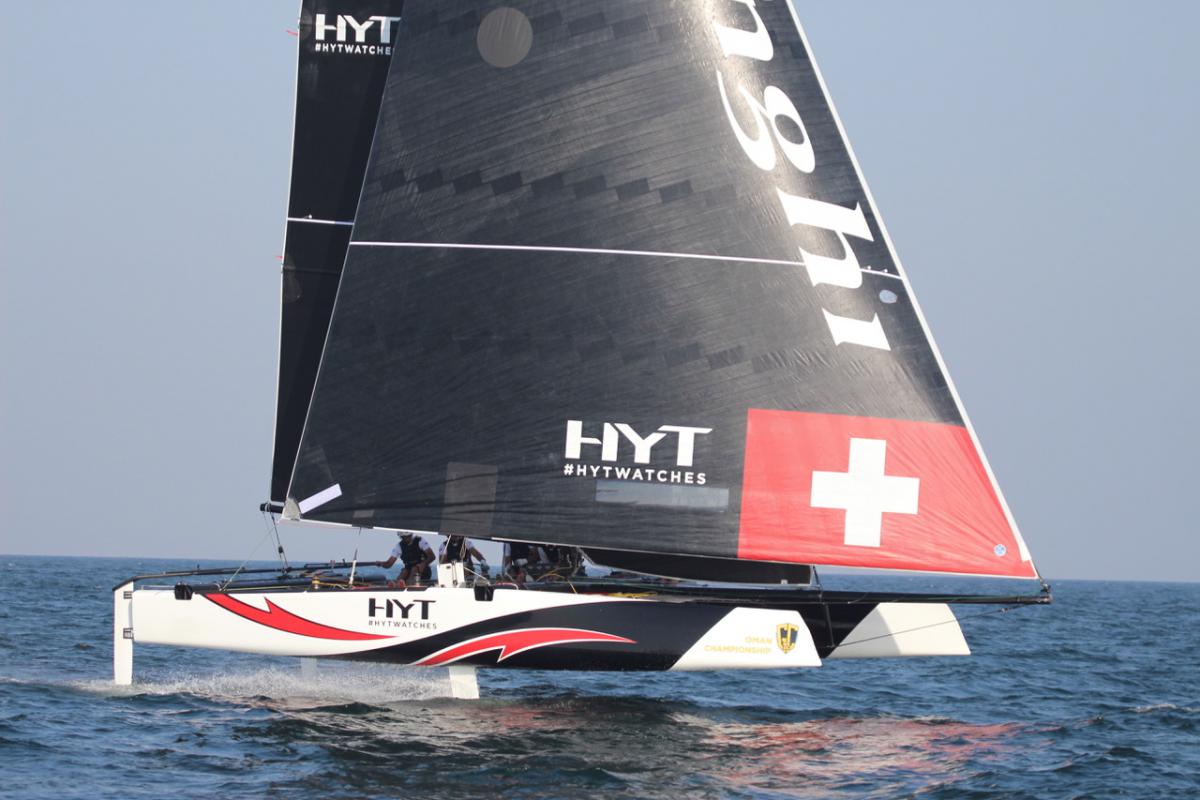 There’s just one day to go until the start of the GC32 Class Championship, which marks the opening of Alinghi’s 23rd season racing as a team.

For the first time since the launch of the GC32 boats in 2012, all of those competing in the Extreme Sailing Series and the GC32 Racing Tour have been race together in a one-class championship that runs from the 28th of February to the 5th of March in front of the Al Mouj marina in Muscat, Oman.

On site since early February, Alinghi’s technical team and sailors have been tweaking the set-up of their flying GC32, as well as focusing on training.

Over the course of the five days of competition, each of which will feature up to five races, Alinghi will face ten high class international teams.

Pierre-Yves Jorand, team manager, says: “When we heard the idea for this championship and the way it would bring together the maximum number of boats, we were very supportive, and are delighted to see eleven teams here to compete against one another. Some of the teams are already known to us from the Extreme Sailing Circuit, such as Oman Air, SAP Extreme Sailing Team, Land Rover BAR Academy and Red Bull Sailing Team. There are also those that we are not as familiar with, such as the French team, Engie, and the Americans, Argo – both compete on the GC32 Racing Tour. Then there are those teams who see this as the perfect opportunity to boost their season, such as the Kiwi team, Tawera Racing, and the three young crews preparing for the Youth America’s Cup in June 2017: Team Tilt from Switzerland, Youth Vikings Denmark and SVB Team Germany.

“In terms of the sailing conditions, we’ve been racing in Muscat in winter for several years now. Generally, there is a thermal wind of between nine and 12 knots – sometimes a little more – which is favourable for foiling. So, it should be set-up perfectly for a good spectacle and a big battle on the starting line.”

What: The very first annual GC32 class championship, bringing together teams from the Extreme Sailing Series and the GC32 Racing Tour, as well as those who simply run a GC32
Who: 11 international teams, each with five members
Where: Al Mouj, Muscat, Oman
When: Tuesday 28th of February to Sunday 5th of March, 2017
How: The teams will compete in a race around marked buoys aboard their one-design 32ft long foiling catamarans – the GC32

There are five different ways to follow Alinghi during the championship, with each day featuring up to five races each afternoon, starting at 1pm local time (GMT + 4, CET + 3)