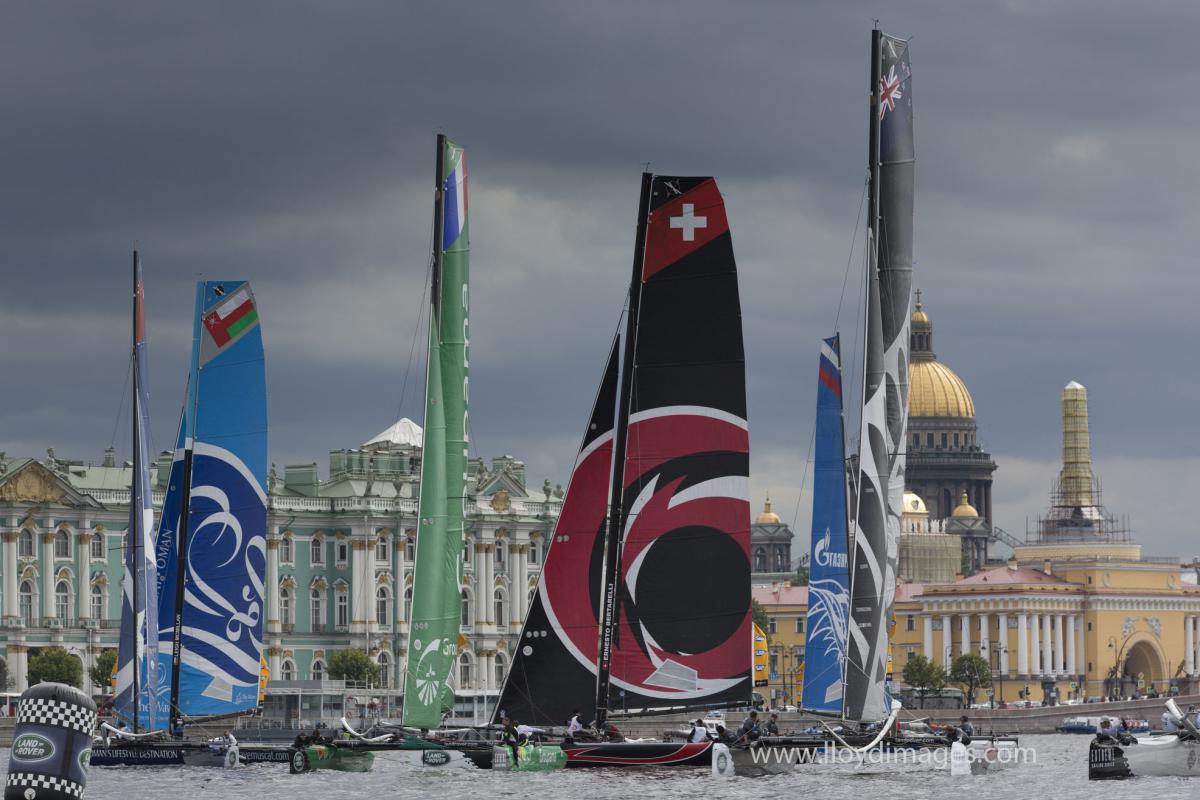 Ernesto Bertarelli’s team, Alinghi, bested the tough conditions on Day 1 of Act IV of the 2014 Extreme Sailing Series, which has come to Russia for the first time.

It is a tight stadium racecourse – just 300 metres wide at its narrowest point – and it was made all the more exciting by massive wind shifts that the crews had to battle, as well as contending with a four-knot current that runs across the racecourse.

Alinghi, helmed by Morgan Larson were, as the ESS put it themseleves, the “pictures of consistency”. The team were the average fastest boat downwind and the quickest off the startline. That consistency has led to a nine point lead after the end of the first day. In second place are the longtime rivals The Wave, Muscat. Day 2 and the rest of the weekend promise to be a lot of fun on this exciting course…

After the day of racing, Alinghi helm Morgan Larson said:

“We were pretty terrible yesterday in the practice, so today we came out with a little different attitude. We had decent starts, we tried to stay on the opposite side of the racetrack to the rest of the boats so that every time we split from the group we had cleaner air and finally, a little bit of luck went our way and things worked out for us. It’s a challenging venue and it’s going to keep being challenging throughout the week.”