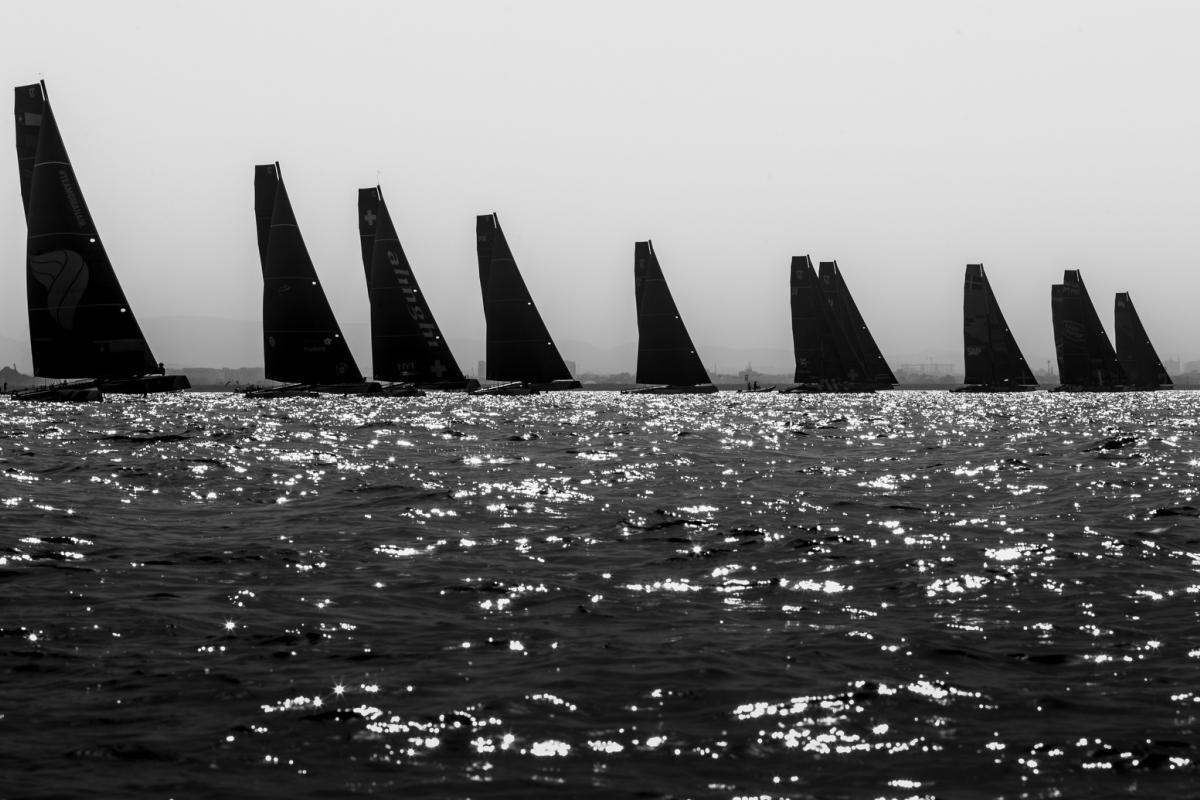 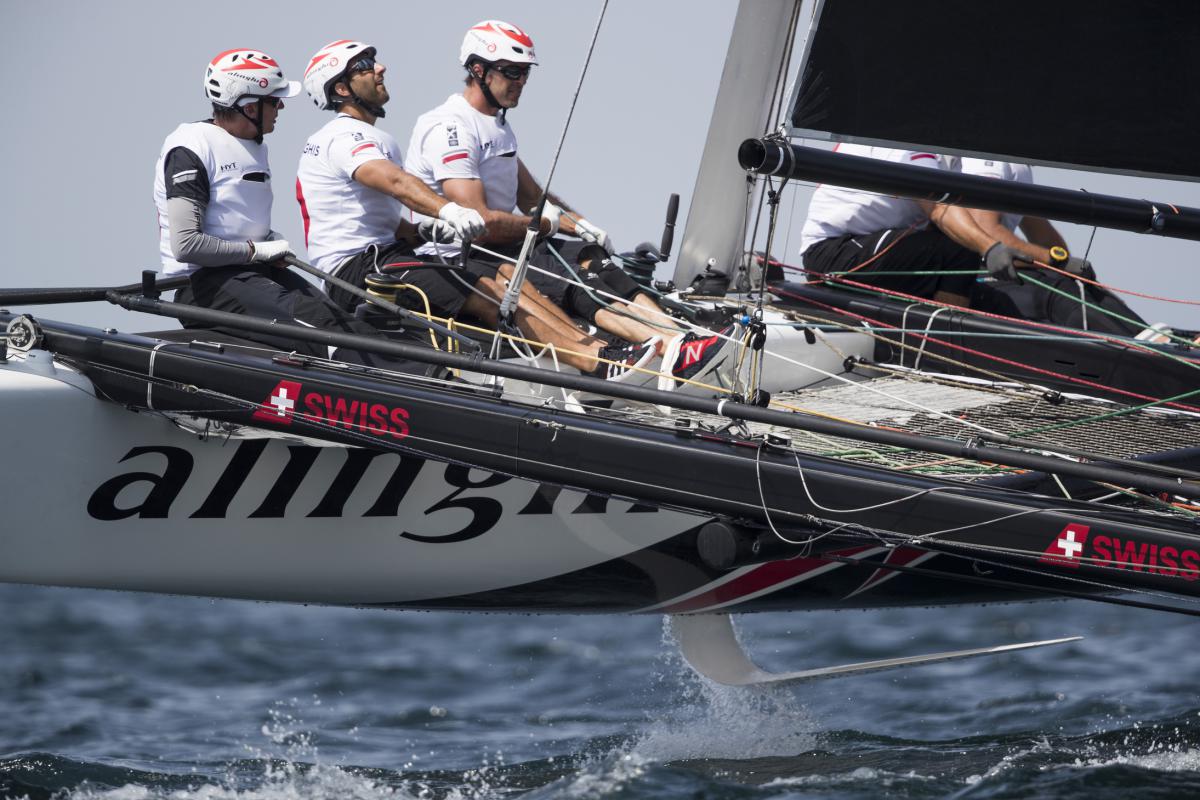 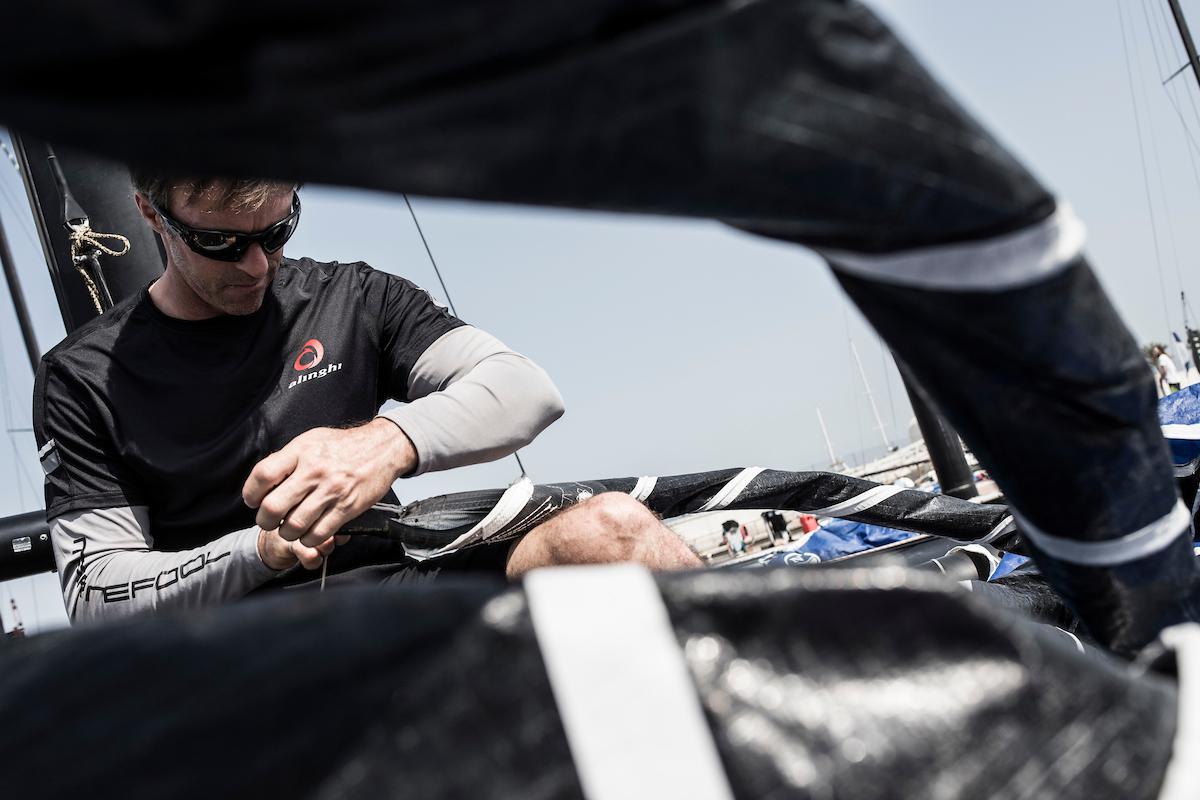 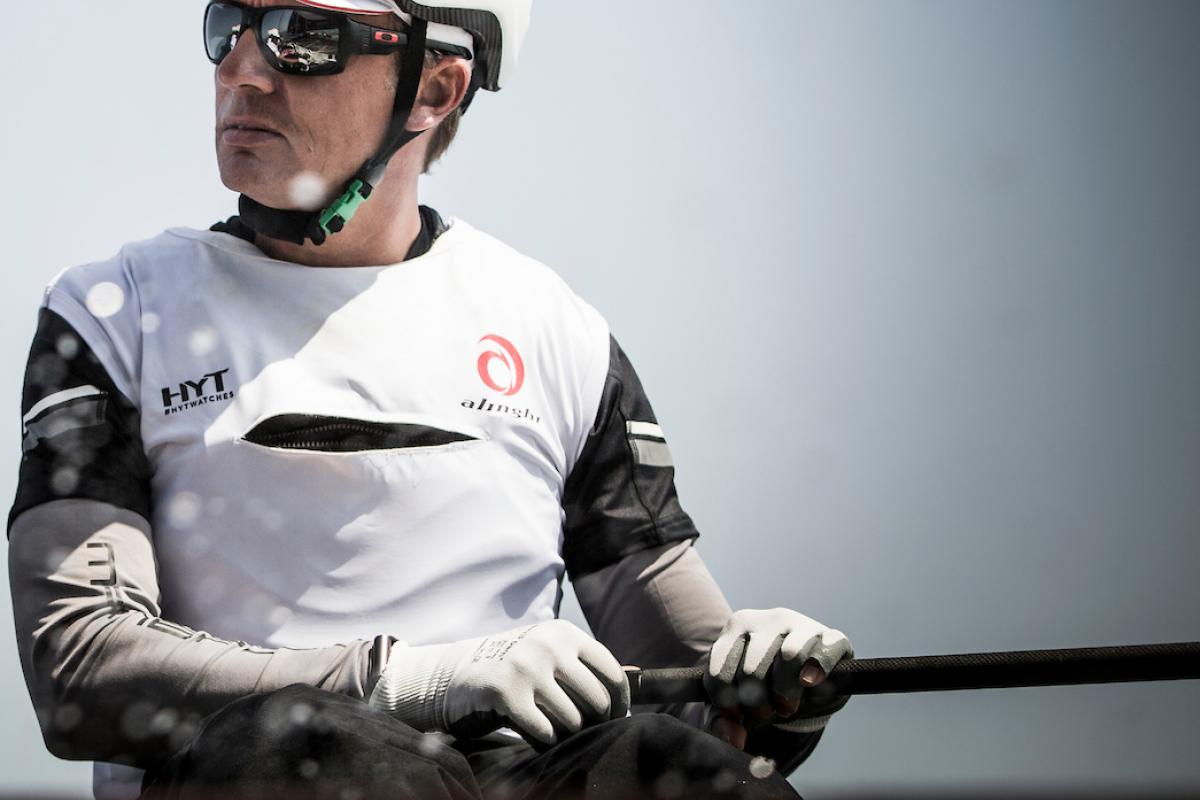 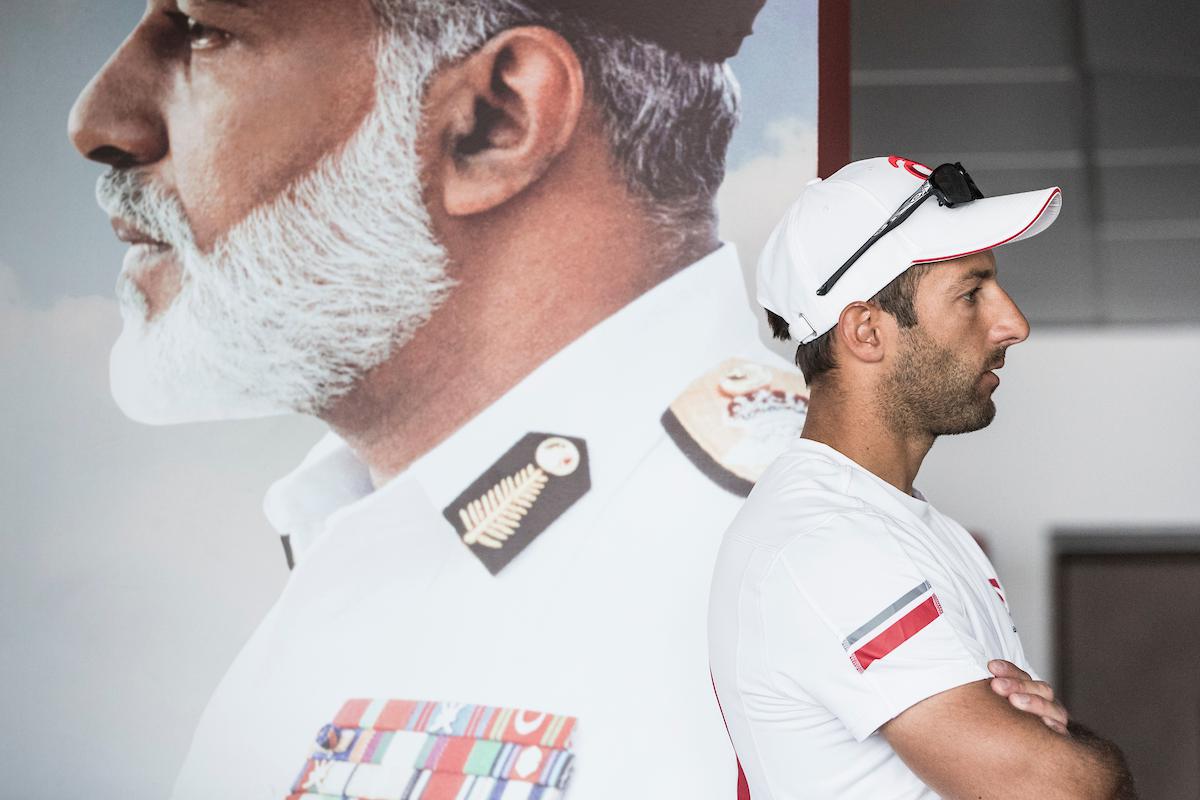 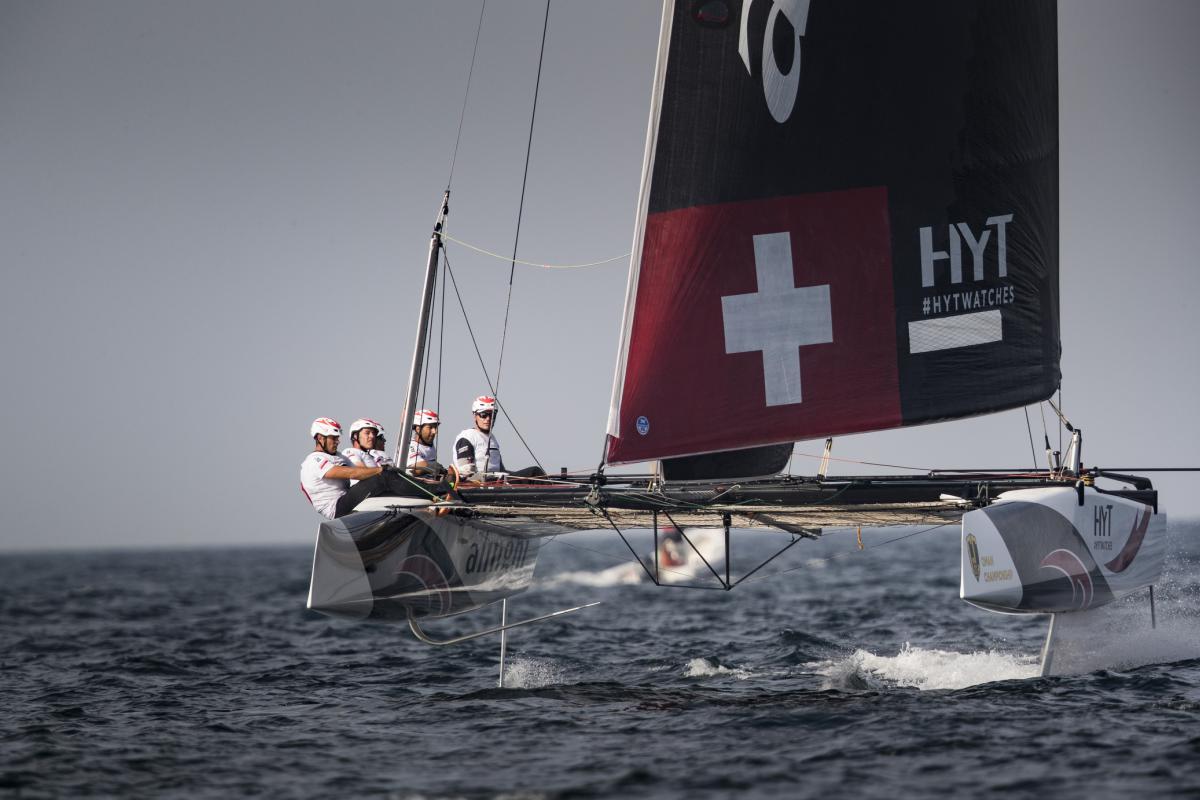 This afternoon, on the fourth day of racing in this GC32 Championship, the wind was more than was forecast (6-7 knots), allowing the boats to foil downwind.

The wind finally faded by the day's fifth race, the finish of which was just 21 seconds over the 35 minutes deadline as set by the race committee. It was Land Rover BAR Academy who narrowly lost out on the win in what was to be the day's final race.

Nils Frei, headsail trimmer: "We are happy with this fourth day of racing. We were concerned about the prospect of a dead calm (little or no wind) because it was very hot this morning and when it was warm, the wind struggle to settle. In the end we were able to do four races in 7 to 10 knots.

"With windward starts today, which was different to previous days when we launching 'reaching', with the wind on the side of the boat, it was certainly more interesting strategically. It gave us more options and it enabled us to get back to classic tactics - the first leg of the course facing the wind, the return with the wind with us.

"With our 7, 4, 5 and 2 places, we maintain our third place on the podium, ten points ahead of 4th (Red Bull Sailing Team), seven behind second (SAP). It is true that Oman Air and SAP have taken a little lead ahead, but we have, at the same time widened the gap on our pursuers. So in the end, it's a positive day. "

With Ernesto Bertarelli very involved in running a large and dynamic business, the Alinghi Team needs an additional sailor to accommodate sudden commitments to be fulfilled by his skipper.
When Ernesto is helming, it does not mean holiday for the reserve sailor, far from it. Instead, he can observe the racing, monitor the team's performance and then offer advice.
This week it was Nicolas on the role alongside team coach Pierre-Yves Jorand.

Nicolas Charbonnier, co-tactician / mainsail trimmer: "Being in the follow boat, the view is totally different. I was aboard the GC32 throughout the 2016 season but I have to say that having an outside eye is very interesting at several levels. It is much easier to see the sail settings and you have a better vision of the whole fleet and how it evolves during the manoeuvres, after which it's easier to compare notes.

"Since Tuesday, I have noticed two major facts. Our team has serious assets and Ernesto has done a fantastic job at the helm by assimilating, in a few hours of training, what we learnt during a whole season last year (Ernesto not been on board the GC32 since the Extreme Sailing Series Act 1 in March 2016). But, to be quite honest, even if it is an interesting and instructive exercise to be on the rubber boat, I prefer to be on board the GC32!"

Misfortune for one, happiness for the other, a schedule overlap compelled Ernesto to head back to Europe tonight. Therefore, Nicolas will be on board with Arnaud, Nils, Tim and Yves for the closing of the first GC32 class championship.

See you tomorrow at 1 pm (local time) for the final day in Muscat.

After Day 4 and fourteen races sailed, the overall standings read (with one point for first, two for second, and so on):