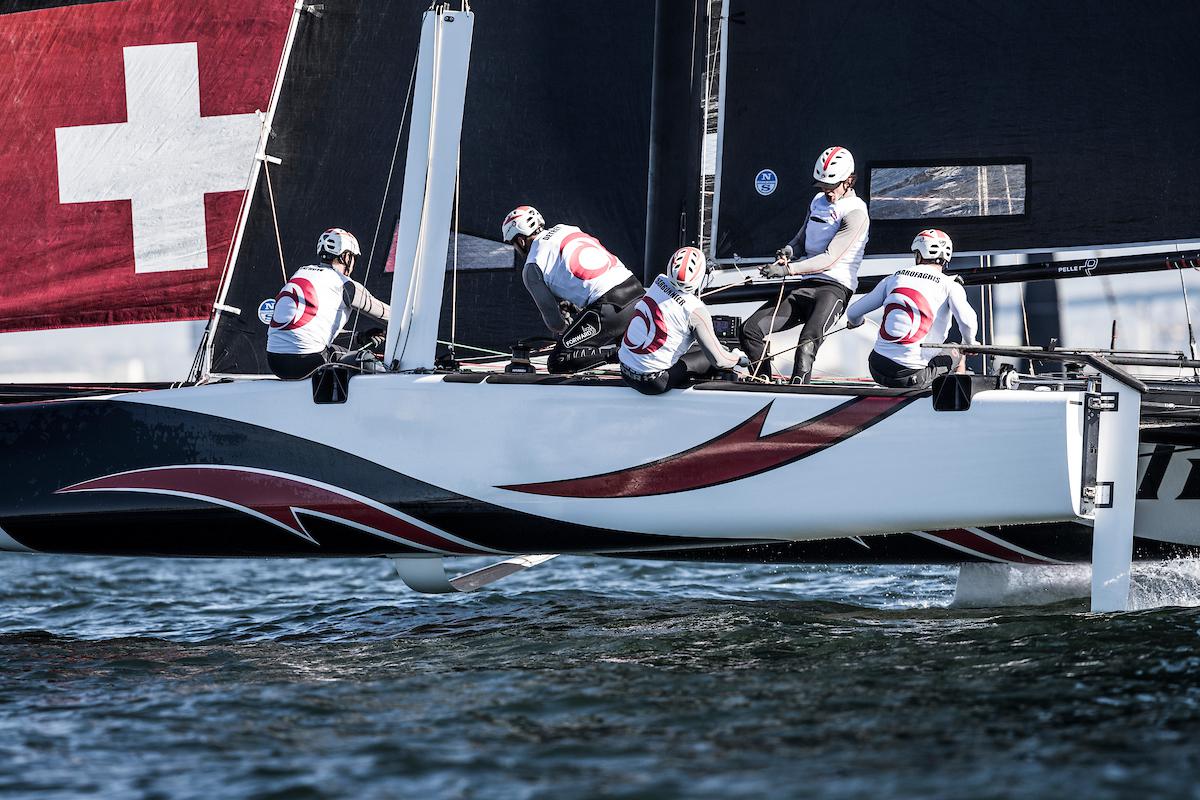 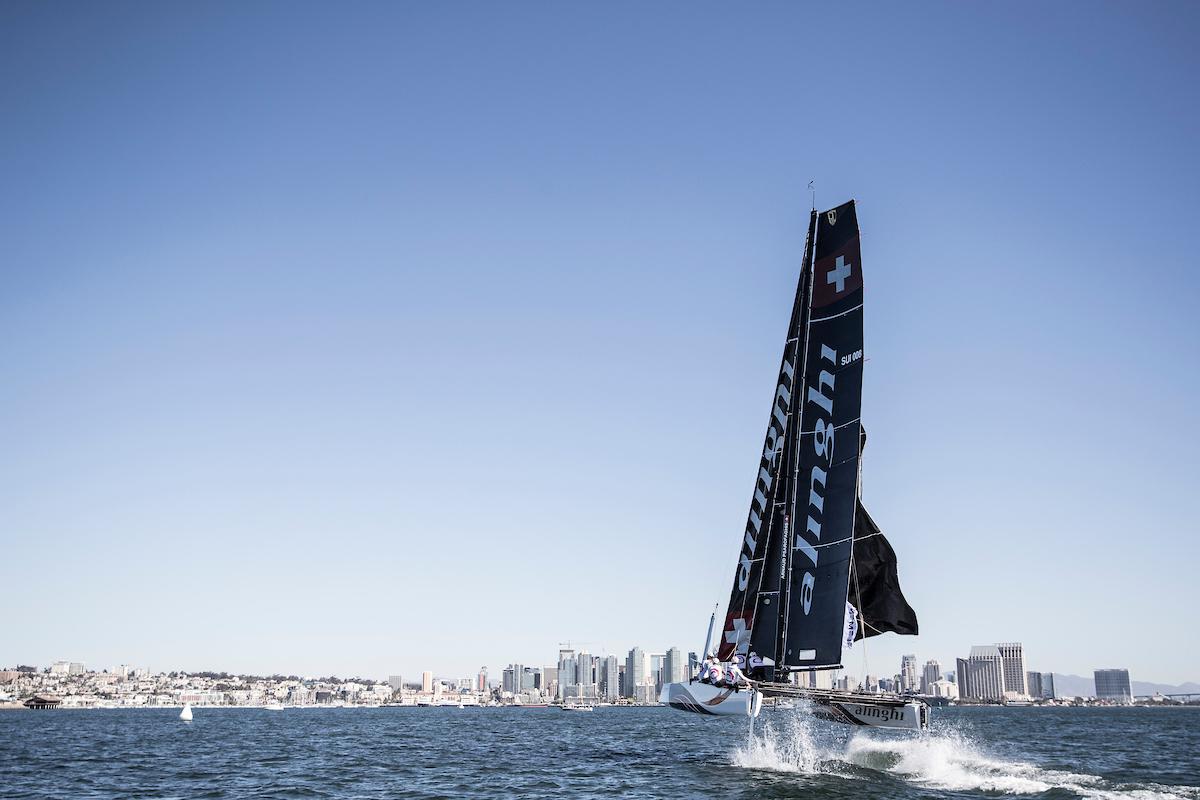 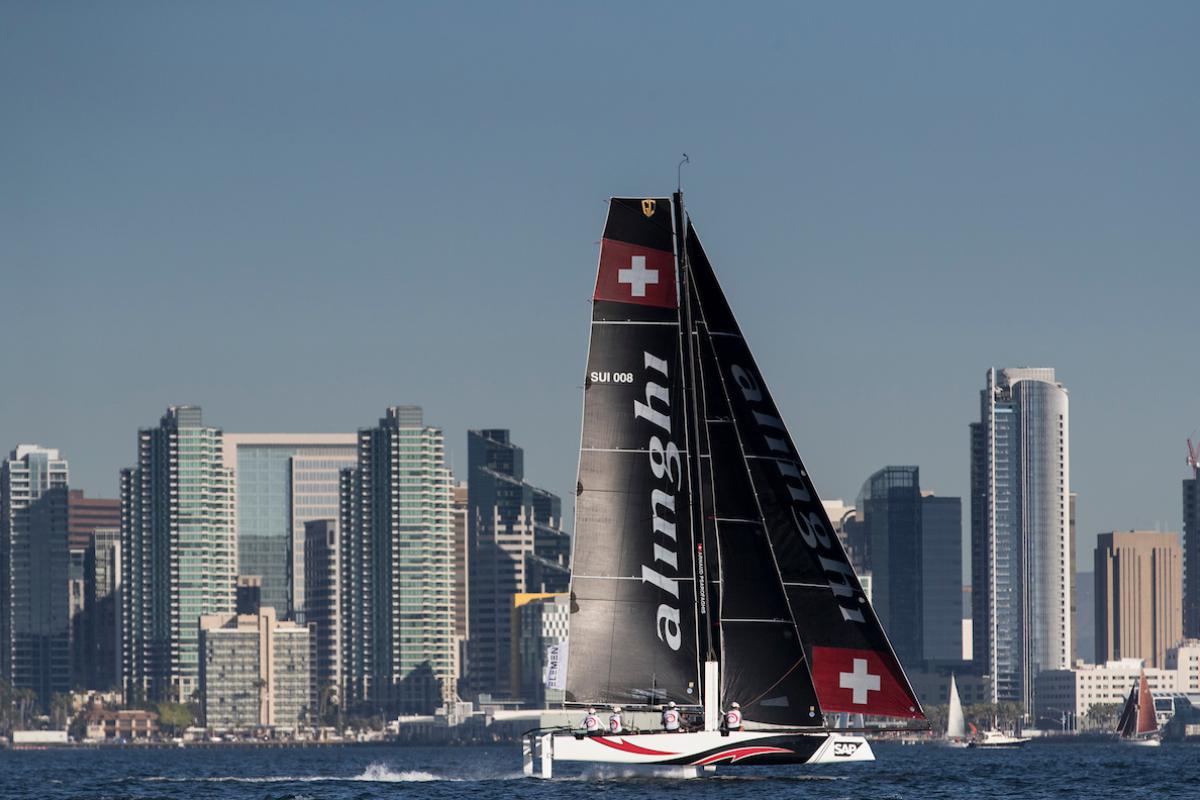 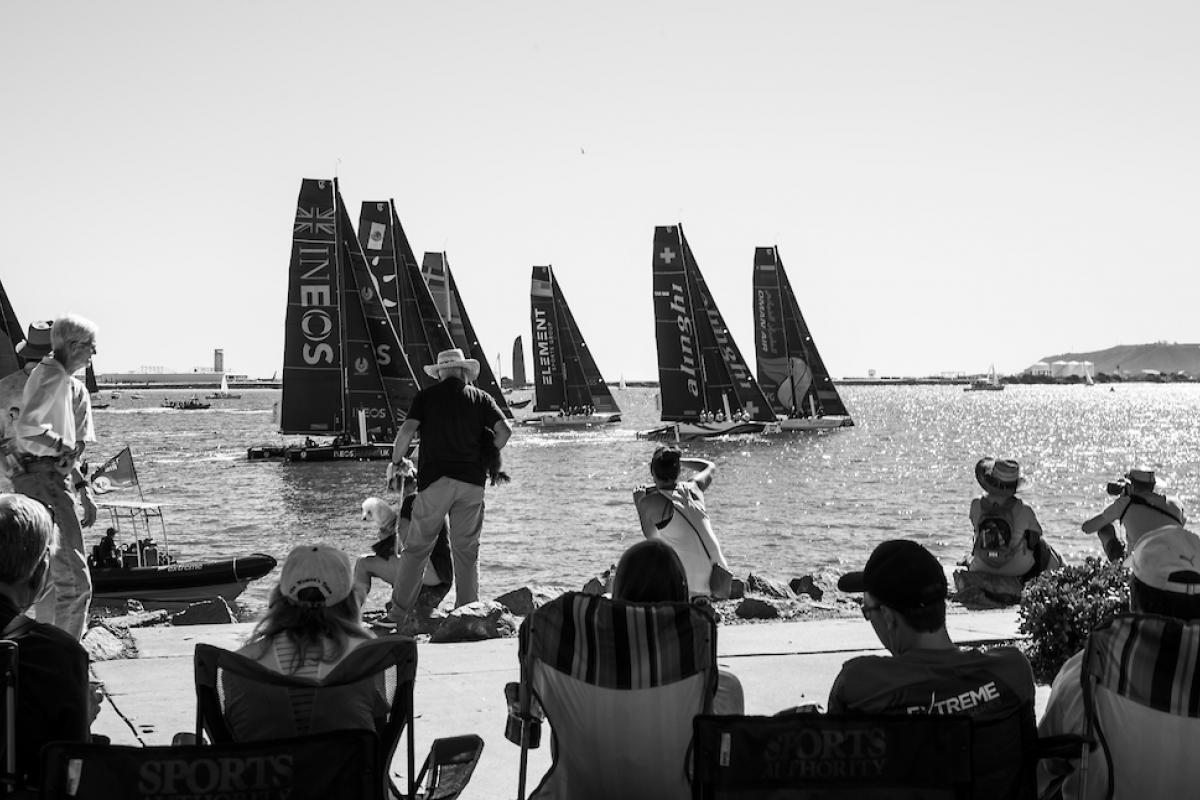 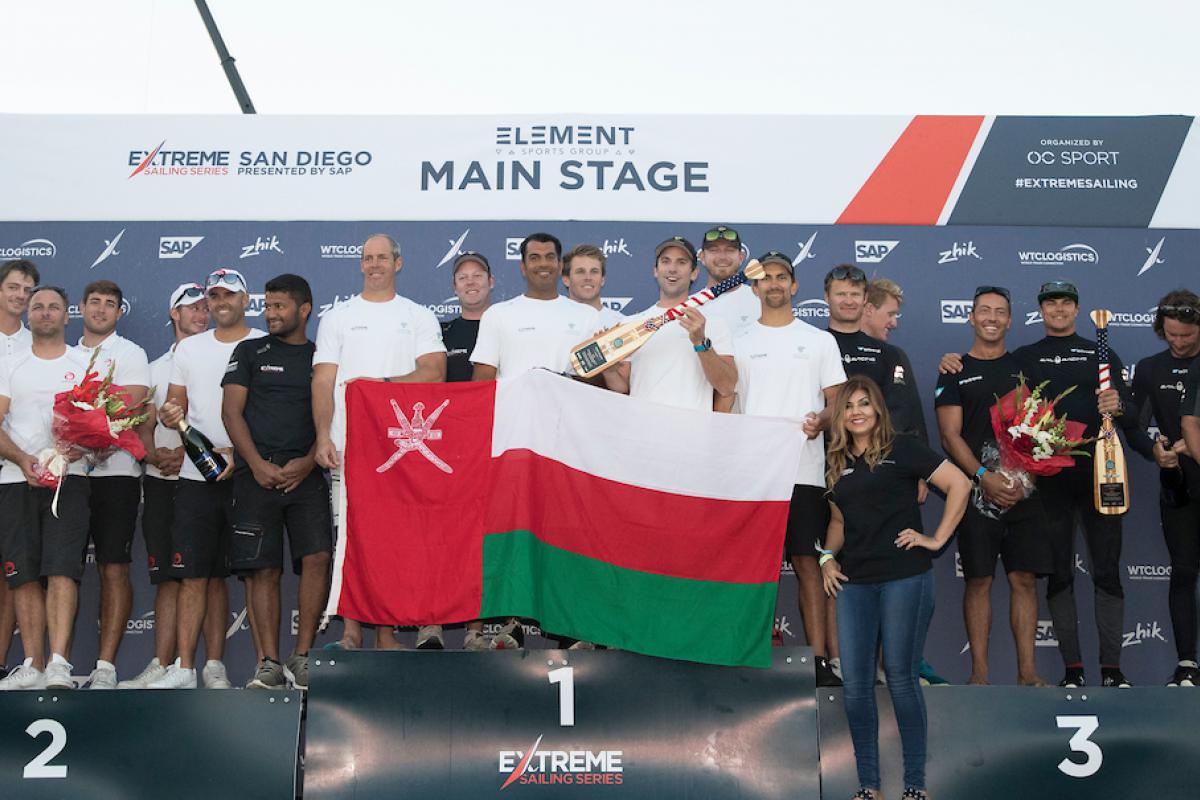 Leading Act 6 from the first day until the 18th race, Alinghi was ultimately unable to fend off the repeated assaults of Oman who took the lead in the 19th run. The Swiss won the 21st and final race of the competition, but the Omanis maintained a slender one-point lead to take the result, with SAP claiming 3rd place (Oman Air 233 points - Alinghi 232 points - SAP 226 points).

Alinghi of course was aiming for success in San Diego, but the disappointment of finishing second is offset once the implications for the Series’ overall standings are taken into account, with the Swiss firmly in the lead with one Act remaining.

Timothé Lapauw, foil adjuster: “We finish 2nd, but there are many positive points that we take, not least the good speed we achieved regularly. Racing was also not easy in San Diego with a variable and light wind."

Nicolas Charbonnier, tactician: "We take heart in light of the implications for the final result of the championship, but of course we would have liked to win here in San Diego because it was a result within our reach. However, we didn’t always sail to the best of our abilities.”

Arnaud Psarofaghis, helmsman: "Oman Air deserves this win in San Diego because we did not sail well enough on the last day. Overall we wanted to beat SAP and that's the case. It even allows us to finish behind them in Los Cabos to win the championship, since you do not have to win every Act to win the trophy. The guys have done a good job on-board and we can very much still be satisfied with our second place."

Yves Detrey, bowman: “Second place leaves a slightly bitter taste because we lost on the last day because of avoidable mistakes, which should not happen at our level. But there is still one regatta to go before the end of the season and we will work hard until the end."

Pierre-Yves Jorand, team director: “It was a tough day. We started really well and finished really well. In between, we had four difficult races and made mistakes probably due to a lack of coordination and communication. We will discuss that with the team. But the good thing is that we did the job finishing ahead of SAP who is our direct opponent for the championship.”

The final Act of the Extreme Sailing Series 2018 will be held in Los Cabos (Mexico) from November 29 to December 2. 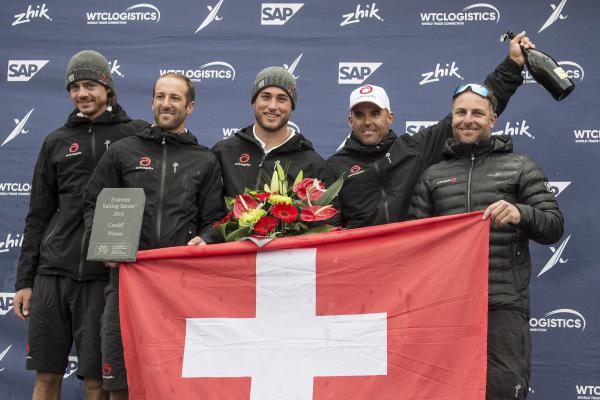