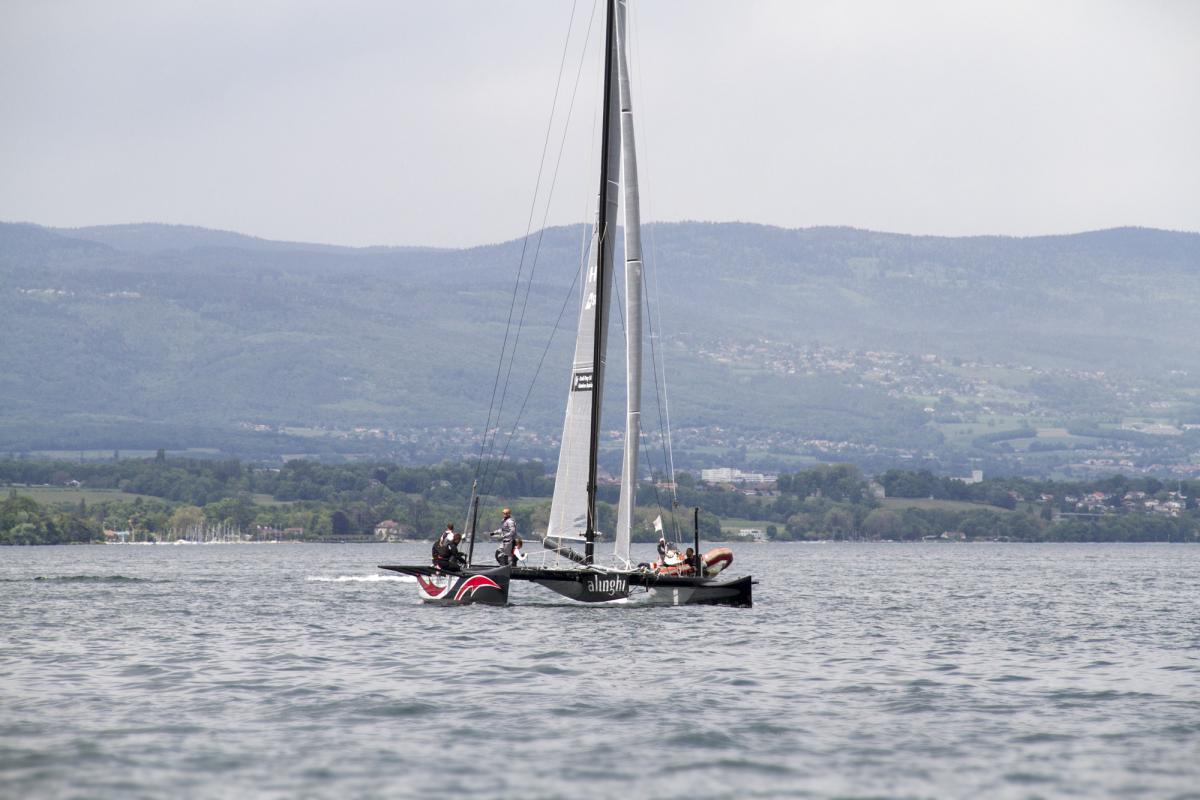 Alinghi maintained their overnight position, securing second place in the Open de Versoix behind Team Tilt, last year's Champions. Amid decent wind that reached up to 16 knots, Ernesto Bertarelli's team notched two second place finishes in the day's four races, which, because of Tilt's two victories, was ultimately not enough to secure victory. It was very close, however, with only one point separating the two teams at the end of the day. Swisscom were two points further back in third. Next up it's the Geneve-Rolle-Geneve and Alinghi will be looking to build on this really encouraging and competitive performance as they look to go one better and take first place on the podium for the first time this Championship.