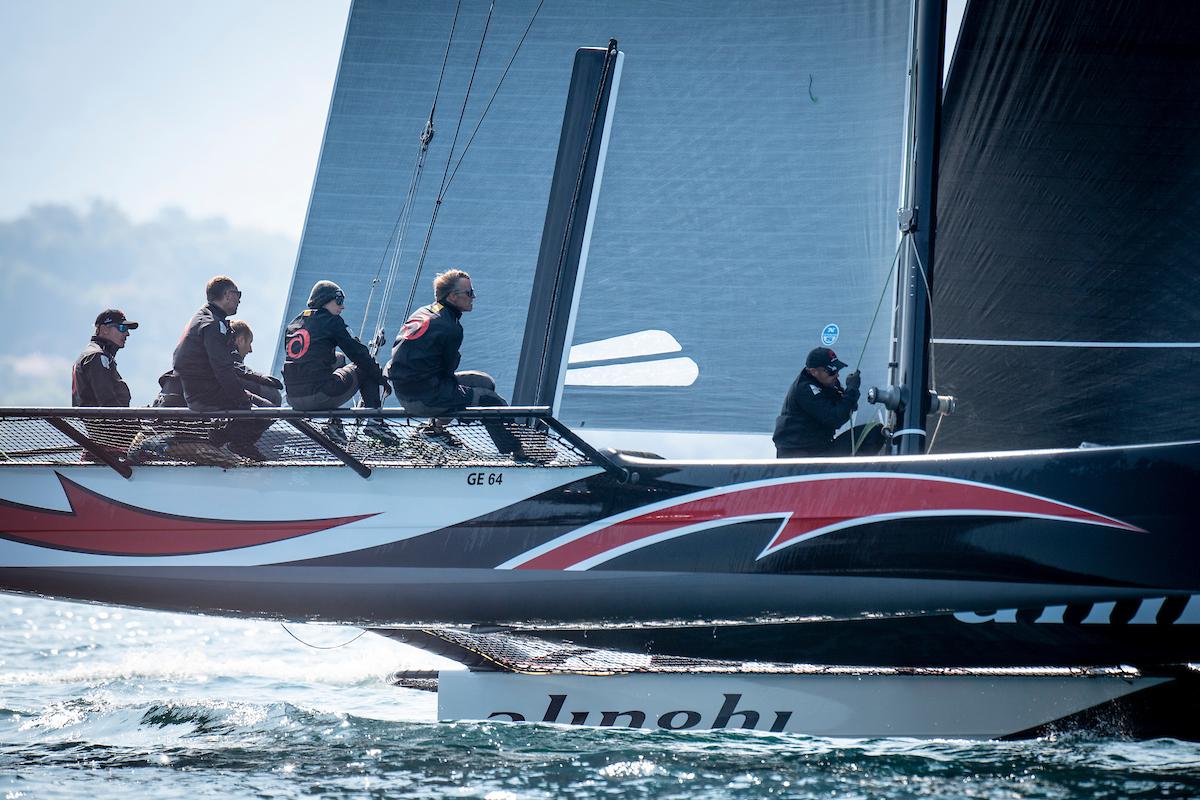 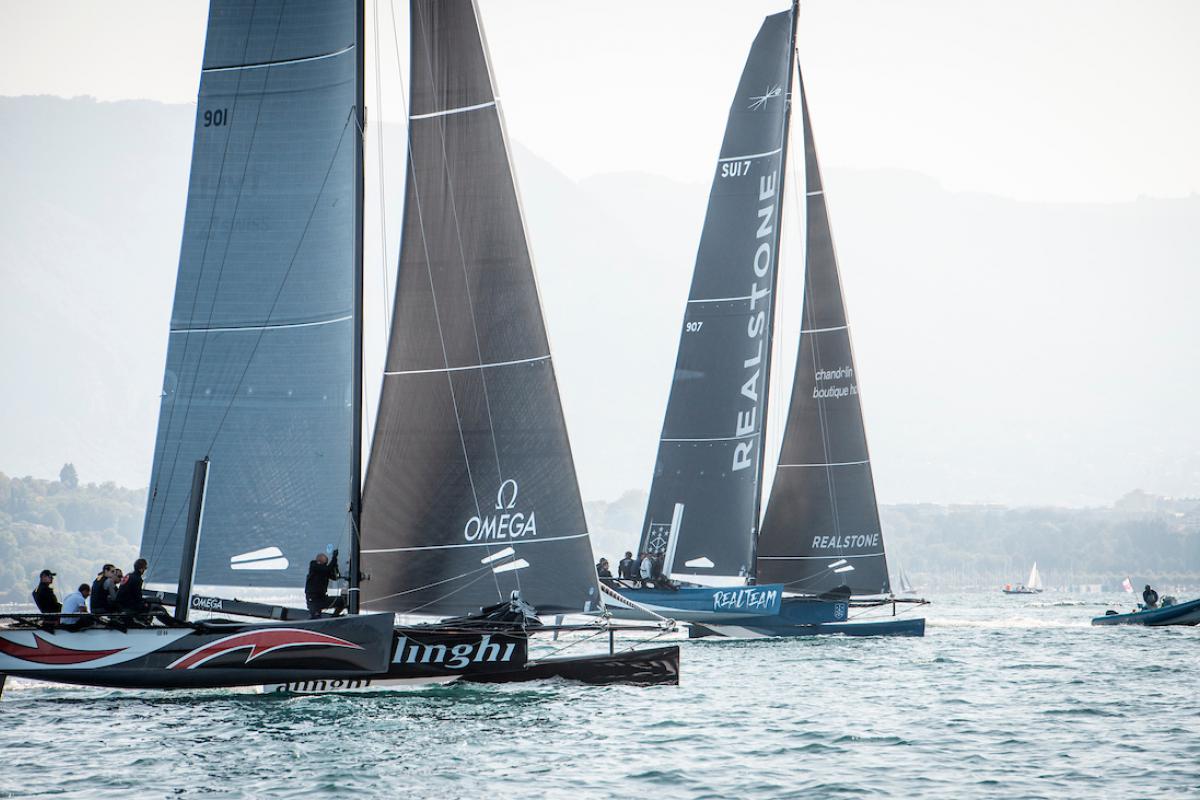 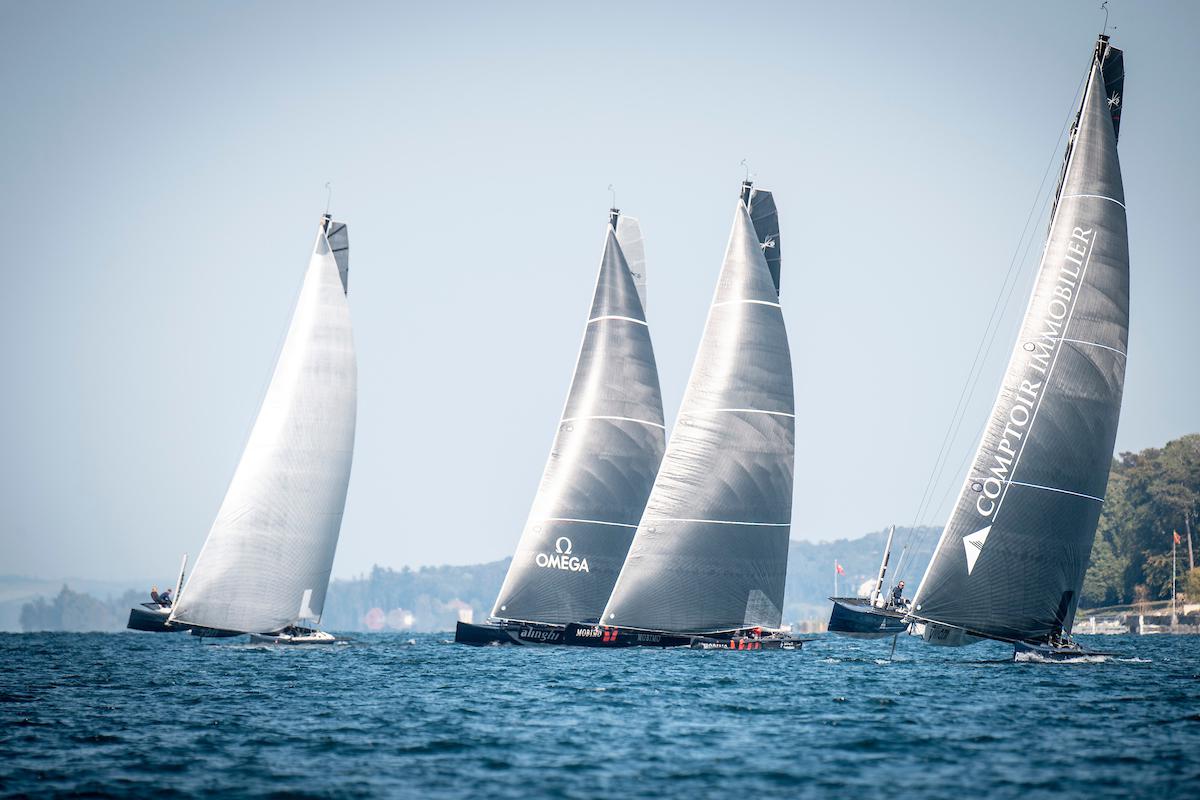 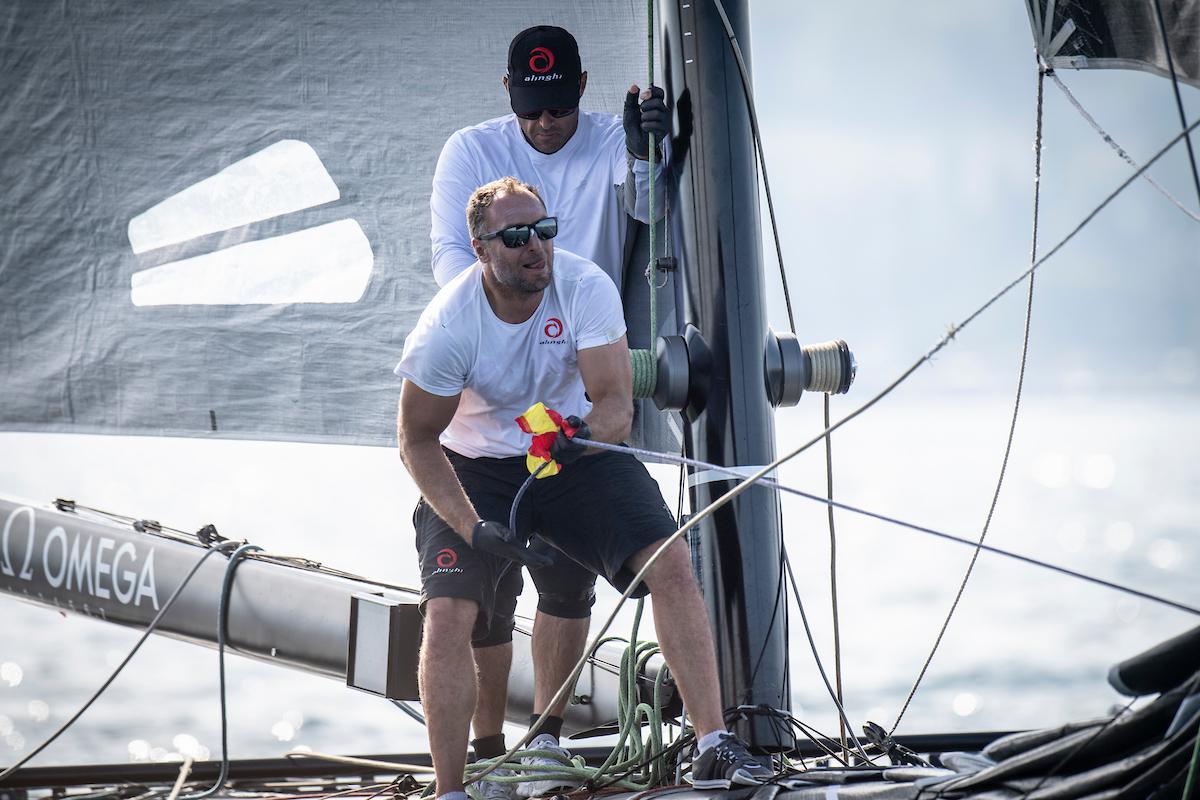 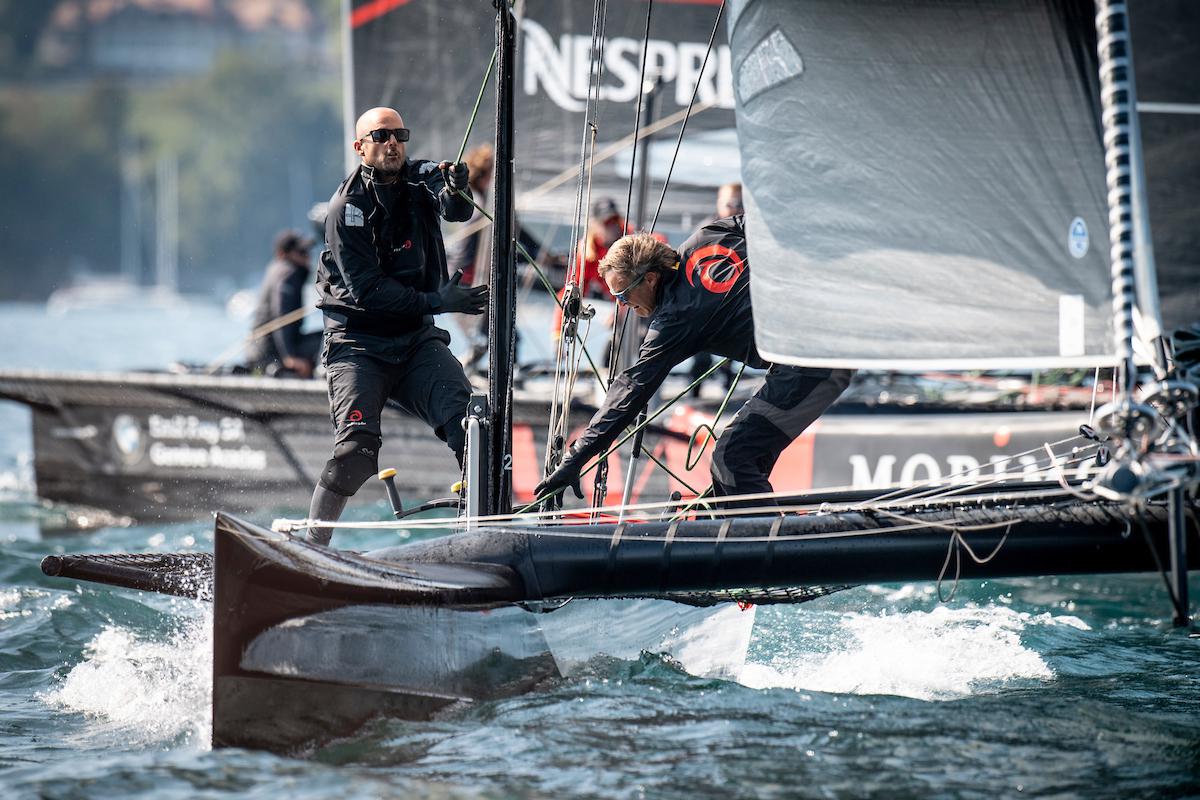 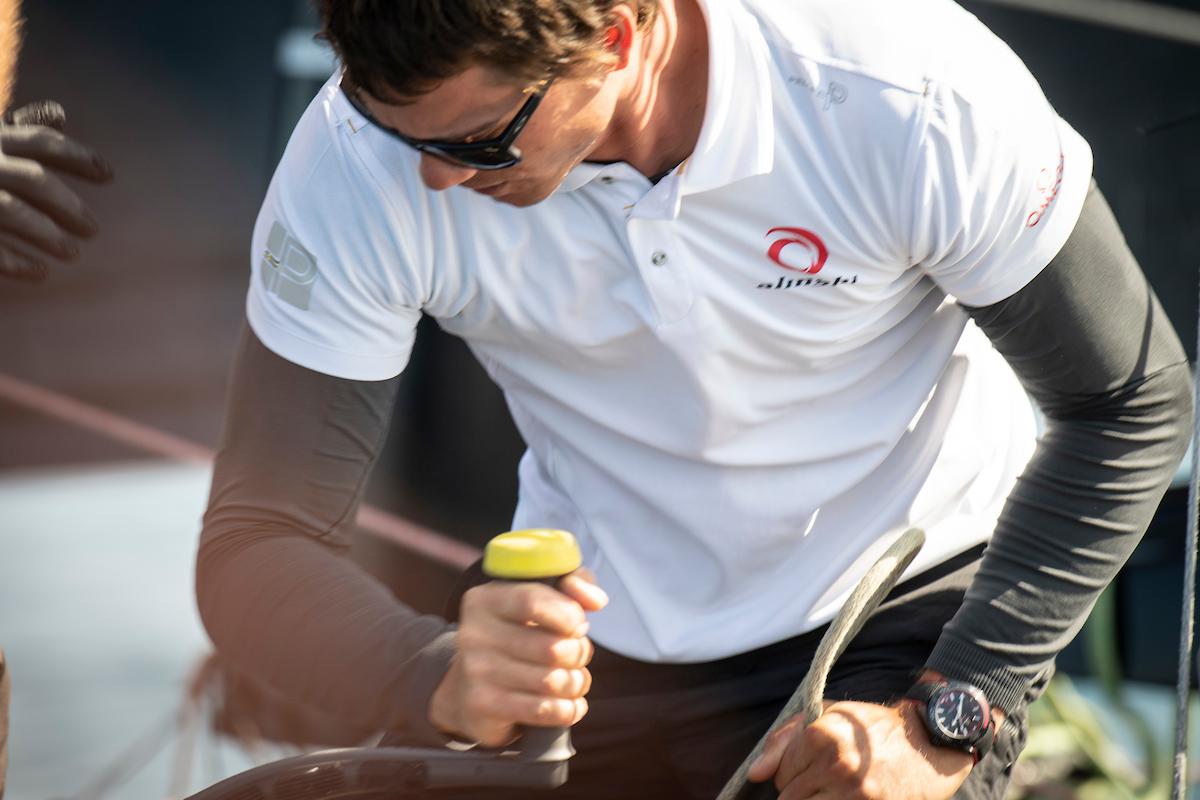 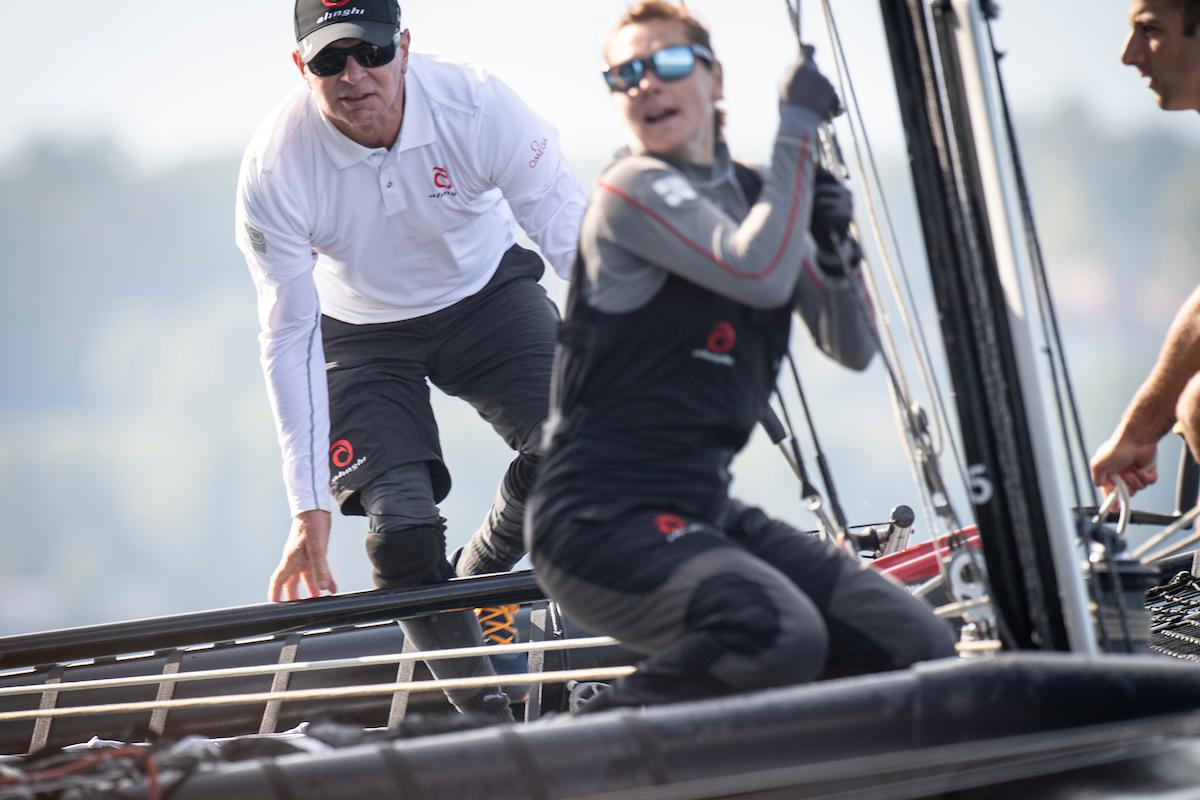 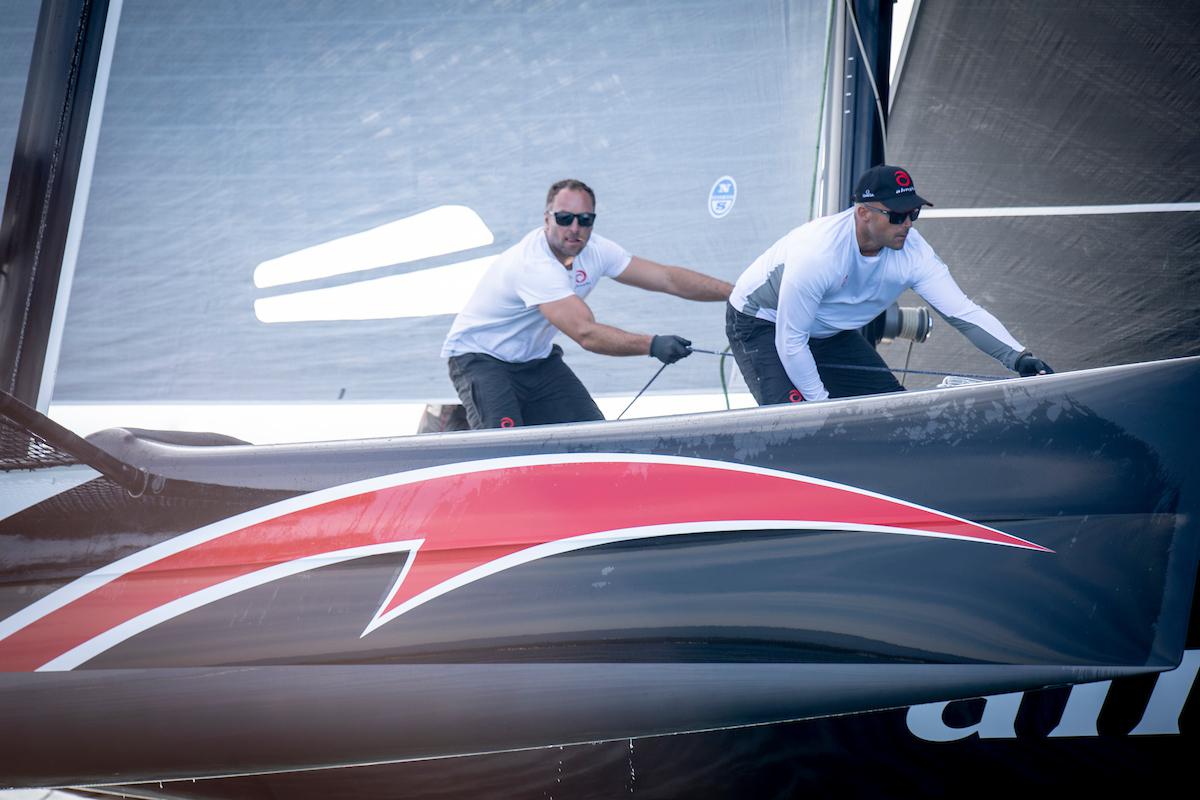 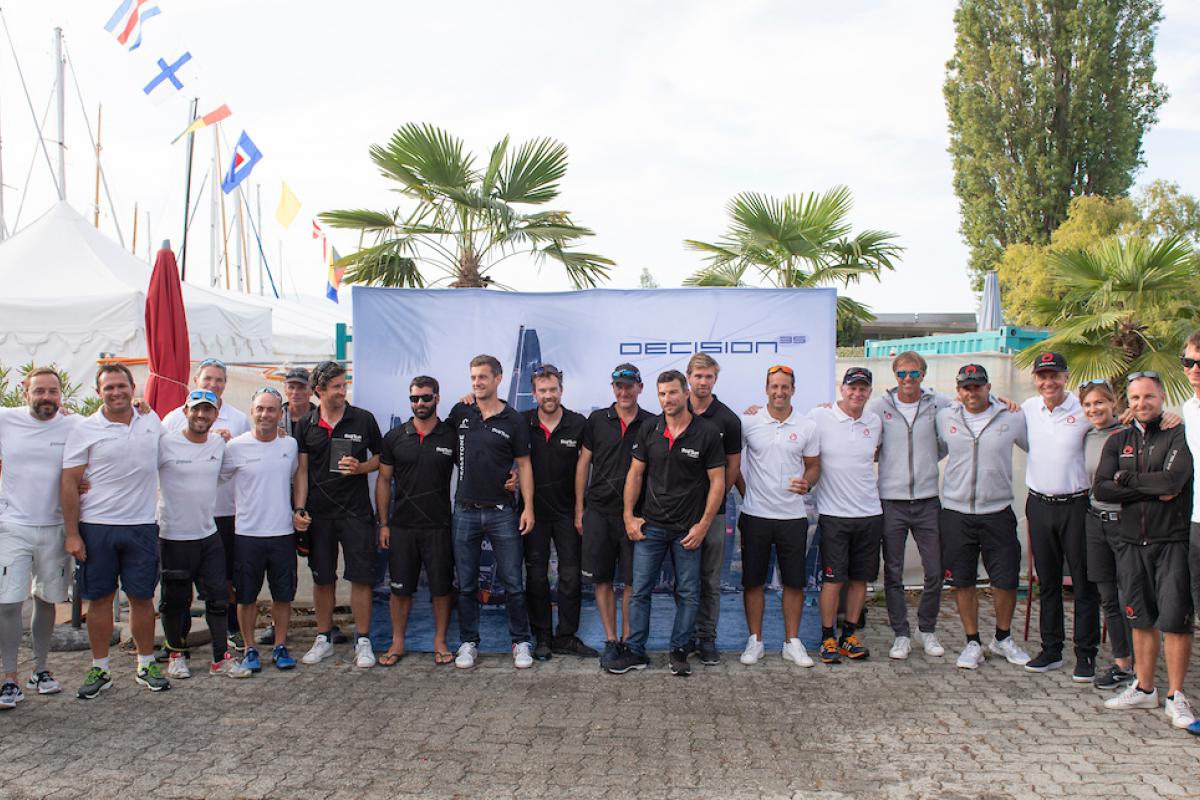 The 16th and final season for the Decision 35 had seven events in 2019, but six were enough for Alinghi to register its name on the trophy for the eighth time. In which case, why race in this weekend's closing Grand Prix organised by the Société Nautique de Genève?

Ernesto Bertarelli, helmsman:
"For this very last test of the D35 as a class – this end of an era – Alinghi's D35 could never stay at the dock with our sailors watching the other teams race! We sailed for the pleasure, tried to win, and trying also not to interfere too much on the ranking of other boats. We met competition stronger than us this weekend with Realteam winning (19 points) and Ylliam-Comptoir Immobilier who finished just in front of us, following the tiebreaker system in the event of a tie (23 points each)."

Pierre-Yves Jorand, team director and helmsman for the Grand Prix's last day:
"Ernesto offered me the D35 helm for this last day of racing. Thanks to him and to the crew who gave me good advice. We cross the finish line of the very last race in the history of the D35 in first position... pure happiness after a port start at the committee boat."

In 2019, 37 races were launched in the D35 Trophy, including two Geneva classics, with the Genève-Rolle-Genève and the Bol d'Or.

Since 2004 and the start of the D35 championship, there have been just over 700 validated races, up to 12 one-design multihulls on the same starting line, a series of experienced sailors coming to test their skills, Bol d'Ors regularly won by the D35 in front of all other classes etc., and three teams there from the start to finish: Okalys, Zen and Alinghi.

The Decision 35 was born thanks to the will of a group of owners wishing to sail on equal terms on one-design boats, affordable and designed to perform on Lake Geneva. Following the 2003 Bol d'Or and its devastating conditions, the order book for the first eight boats was signed on a piece of tablecloth. Architect Sébastien Schmidt conceived the D35 in close collaboration with experienced sailors and its construction took place during the winter of 2003/2004.

After 16 seasons, we can say that the bet has most definitely paid off and wish equal success to the new TF35 class that will take off in 2020.

Ernesto Bertarelli, helmsman:
"It obviously causes a bit of a pang to think that the D35 championship is coming to an end because it's the last time we've sailed as a fleet on these beautiful boats. This last Grand Prix had a special flavour and I am obviously happy to have won the 2019 championship. What better way than to finish the saga of the D35 with our eighth win in sixteen terrific seasons? That said, the arrival of the TF35 next year promises even more thrills and will keep Lake Geneva racing at the forefront of what is being done in the world of sailing and foiling."

Nicolas Charbonnier, tactician:
"I think we're very lucky to have a team that changes very little. We really work together and how we communicate is a huge advantage at our level. We are also sailing and working together outside of the D35, with the GC32. This allows us to see a lot of situations, to sail a lot and, for me, it's the key to us continuing to progress all the time, to question ourselves, to make regattas and to learn from our mistakes."

Are we able to decipher the conditions of Lake Geneva?
"We still don't get it always right! But in the end, it's a race. We know we're not going to do everything right, we just have to make fewer mistakes than others. Especially when you sail on the lake because the winds are a little more erratic than on the sea. We must try to limit the damage when we make the wrong choice, always push ahead and question yourself."

Bryan Mettraux, sail trimmer (who joined Alinghi this season):
"This is my 3rd D35 championship win, after 2012 with Realteam and 2015 with Tilt. Both times right in front of Alinghi and both times with Arnaud on board ;-)
"The operations are quite similar from one team to another. With the level of knowledge we have of the boat, and that our competitors also have, it's the details that make the difference. When a team wins, it's because they've been better at handling small details in all phases of the race."

Next appointments for the team:
> Sailing on the TF35 boat zero in October to continue the development work of this new foiler
> The last event of the GC32 Racing Tour from 6 to 9 November in Oman where the championship title is at stake! 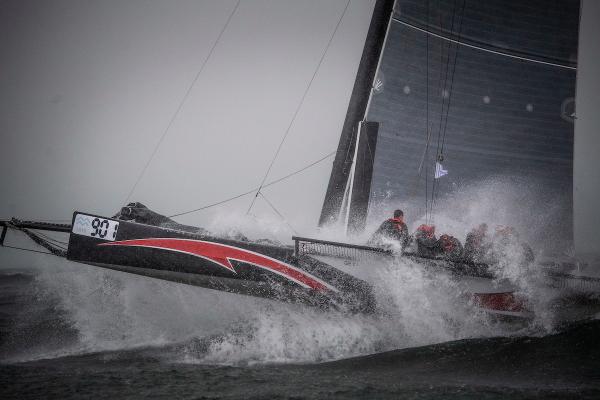