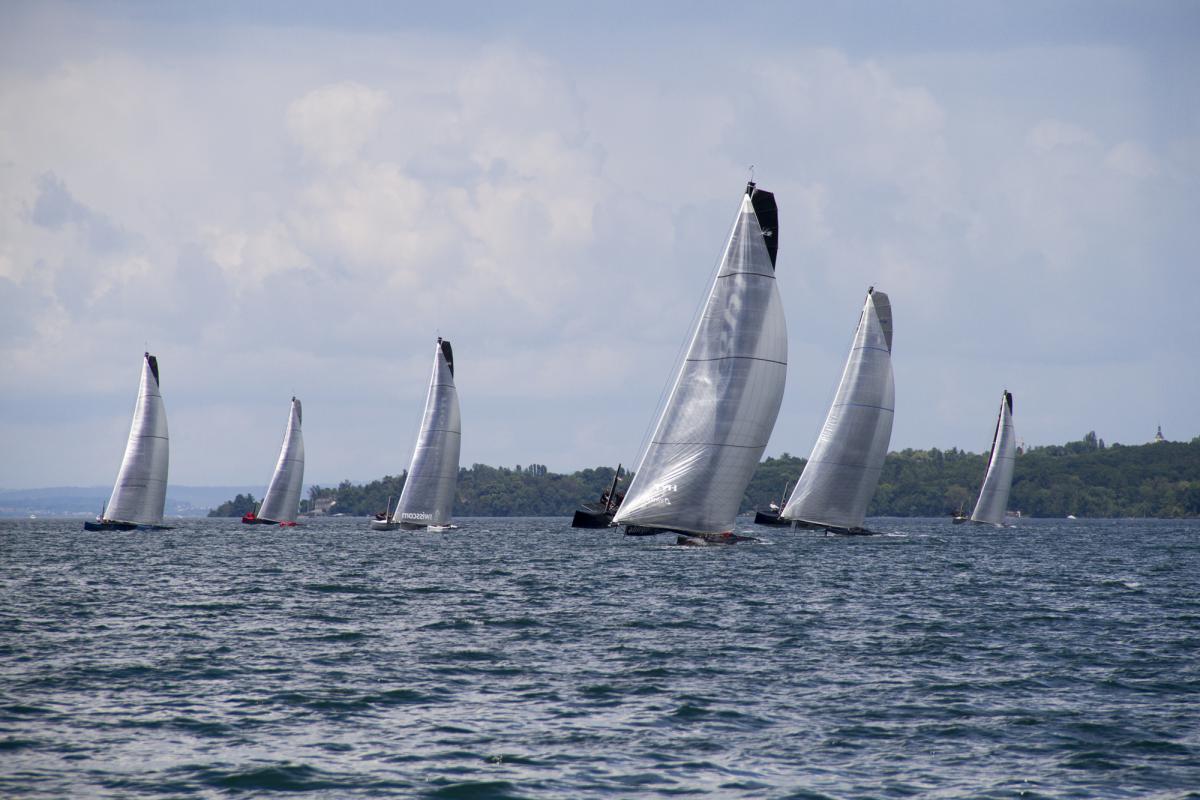 Once again, the wind – or relative lack of it - on Lake Geneva proved troublesome for the race committee today in the D35 Championship, but to their great credit two races were run once the breeze around Nyon picked-up. It was something of a fillip, given the rest of the weekend’s frustrations, that Alinghi stormed the first of the two races. Having led at the upper gate, the team maintained the first position until the finish line. Unfortunately, the second race, encumbered by a bad starting position, was less successful. This, combined with the other results from other days, put Alinghi in seventh position overall. The team will be looking to tak the form of race 1, rather than 2, to next weekend for the big one – the Bol d’Or. Check back here for updates on the epic race up the Lake – and back!