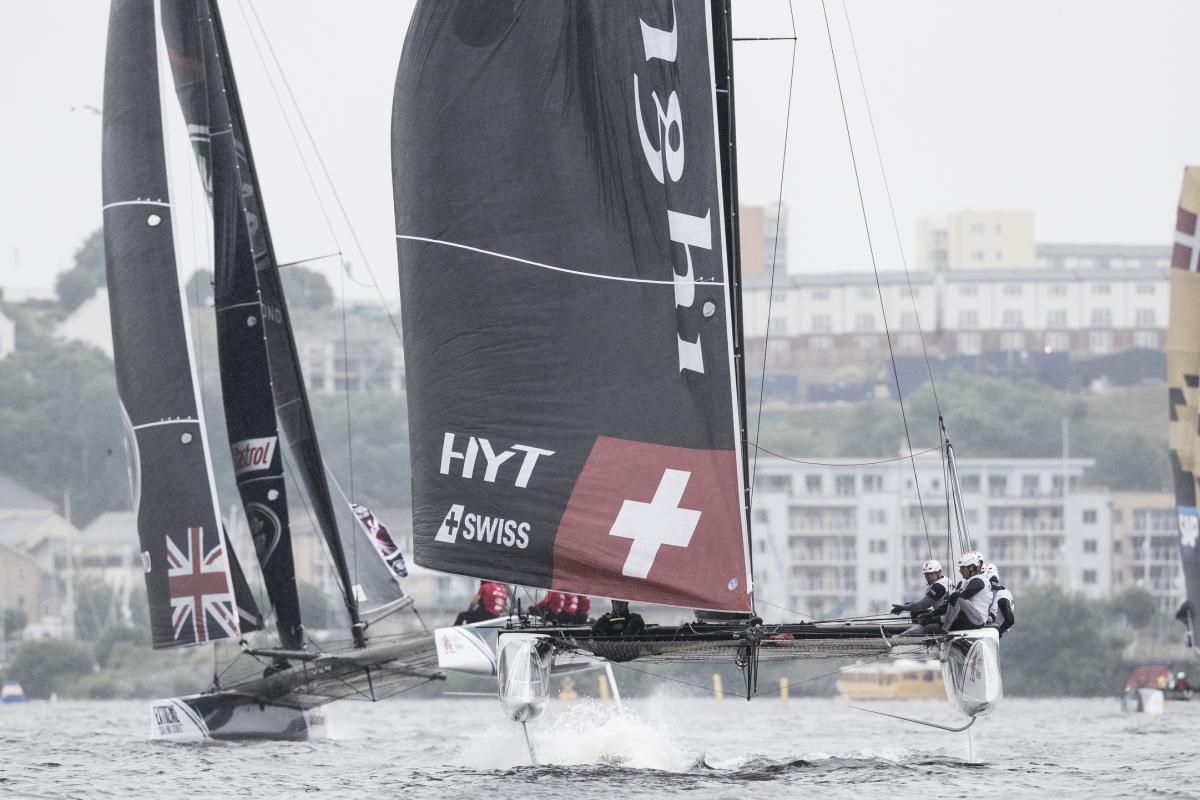 Two race victories in the final day in Cardiff amid challenging wind and intermittent rain showers gave the team much to cheer, but, ultimately, SAP's win in the final double-pointer race denied Alinghi a place on the Act 3 podium, with the Danish team securing the bonus points to pip the team to third. Oman Air deservedly took first place, reward for their dominance over the course of the four days of sailing, and a result that leaves them three points clear of Alinghi at the top of the series leaderboard. Act 4 in Hamburg, beginning on the 28th July, gives the team the first of the five remaining opportunities to make up the gap. Allez Alinghi!