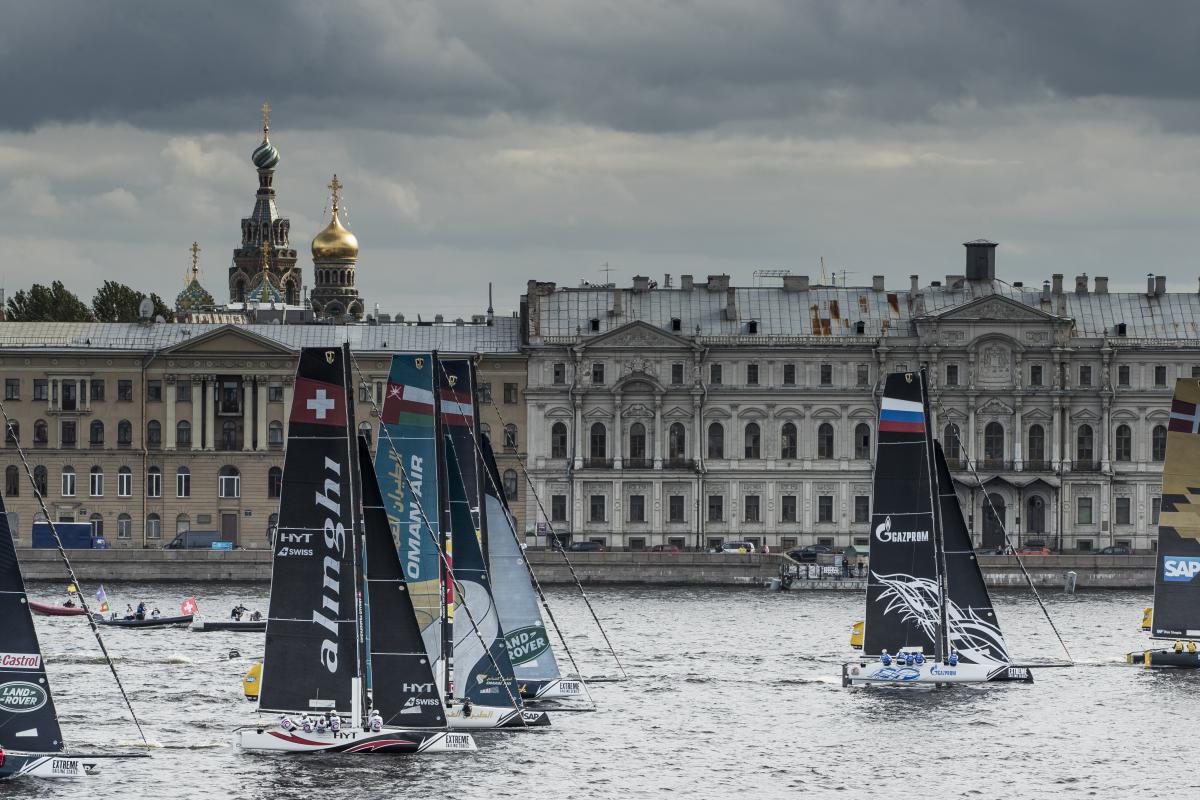 Matching the performance of yesterday’s opener to Act 5 in St Petersburg, in which Alinghi notched three wins, was always going to be challenging, but the team gave it a good shot, recording two victories out of the day’s seven races. Those two maximums, couple with a second place in race two meant that they retained their overnight position of second overall, albeit now behind leaders Oman Air, with SAP Extreme slipping back to third place. It might have been even better for the Swiss had they not broken their jib sheet in the final race, meaning that they had to settle for sixth, and that only after having passed the Sail Portugal team in a tight final mark rounding.

With two days of racing left only five points separate Alinghi from first place and so there will be plenty of interest for the spectators on the Neva river over the weekend. Join us for live updates. Allez Alinghi!