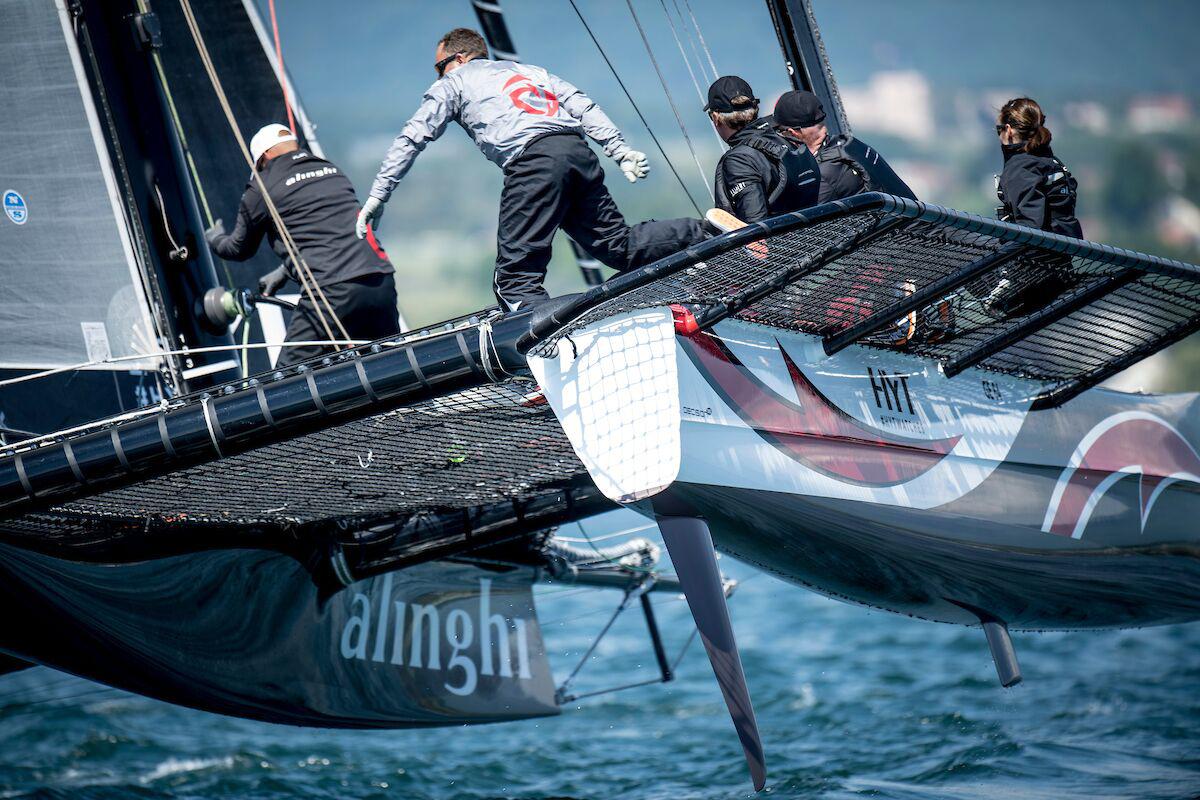 Alinghi’s red-hot form in all formats continued today with another win in the D35 Trophy, making it two out of two in the championship’s first two events. Taken alongside the team’s impressive performances on their GC32 in the Extreme Sailing Series, the season has started very well indeed.

Alinghi had built up a good lead heading into today’s final day, the third of the Open de Versoix. The wind remained patchy, but when it did blow, four races could be run. Having notched a third-place in the first, the team were unlucky not to secure a win in the second when, having led for much, they were pipped by Ylliam, who took the opposite side on the second beat and found the wind. Still, a second place increased the team’s lead overall, and in the next race, amid a breeze that was threatening to go to sleep and with big differences in pressure across the racing area, the team managed a fourth-place. That was followed, fittingly given the team’s overall performance, by a win in the last race of the day and of the Open de Versoix. Having been in the lead, the win was declared as Alinghi’s as the wind finally gave-up.

Overall, a very satisfying performance in challenging conditions and a great way to continue the start of this 2017 racing season, with the team’s lead at the top of the D35 rankings assured. The focus is now on keeping this kind of level throughout the summer, with the D35s back in action on June 9th for the Grand Prix Realstone.

Afterwards, Nils Frei was able to give an update on the injury that has kept him away from sailing for the past few events. Speaking in a video that is on the team’s facebook page, Nils confirmed that his foot is a lot better than it was, but that he is still two-to-three weeks away from being able to sail with the team again. His crew send him their best wishes for his continued recovered and look forward to welcoming him back so that he can help them to continue this great run.