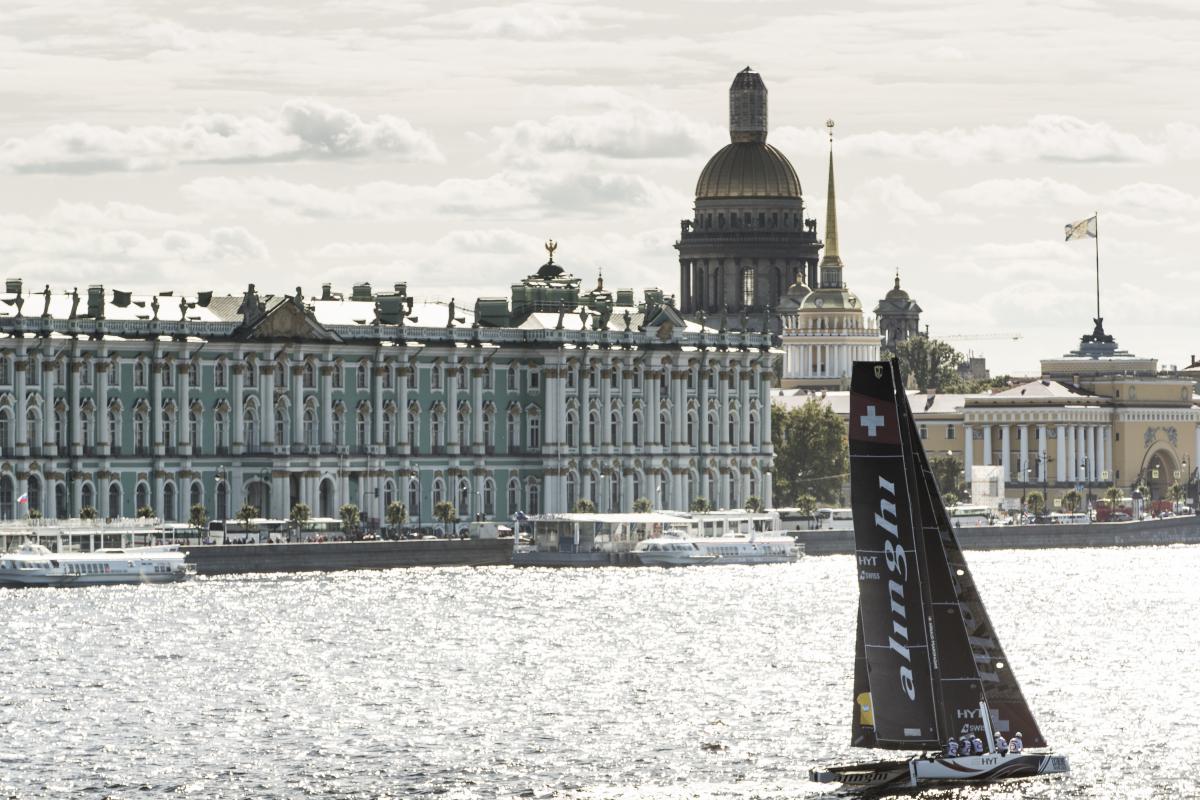 Three wins on the first day in St Petersburg, two on the second day and one today, the penultimate day of racing in Russia. And yet the team's highly impressive consistency across the other six races, including two second place finished in the last two races, meant that the Swiss have leapfrogged their rivals from Oman into first place on the leaderboard, with a cushion of four points. That's exactly where they want to be ahead of the finale tomorrow and today's performance will give them a lot of confidence.

Perhaps it was a pre-racing meeting with the Swiss Consul in St Petersburg that inspired the team today, but whatever the reason Alinghi took full advantage of a penalty for Oman Air in Race 17 to secure a win, with their rivals back in seventh. That result moved the team to the top of the leaderboard and it was there they stayed, even extending the gap by a further two points.

So, all very much in play for tomorrow.