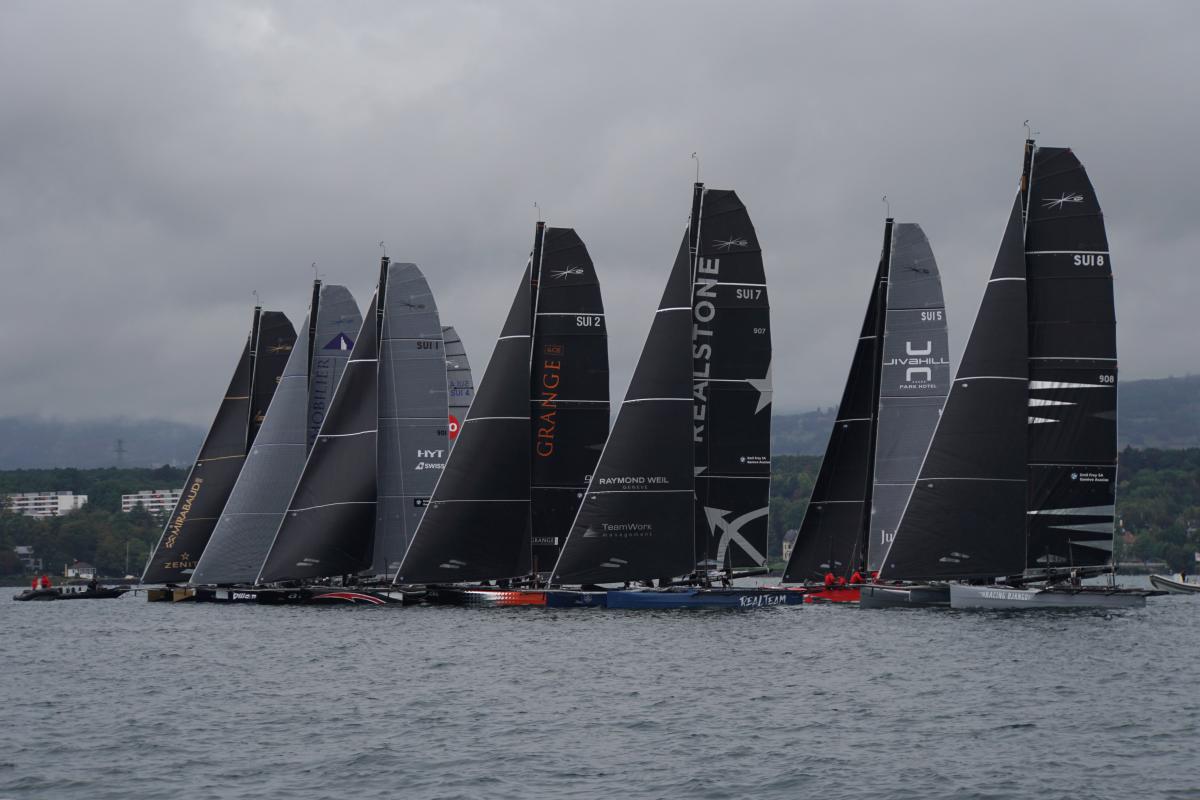 Alinghi were ultimately unable to repeat last weekend’s victory on Lake Geneva in the D35 Championship, having to settle for third place in the Grand Prix Yacht Club de Genève. The team send their congratulations to Team Tilt, whose win in the last race was matched by a finish on top of the podium.

The teams had a frustrating morning waiting for wind to pick-up, but eventually, under overcast skies, a light breeze was found and three races were sailed. The first went very well for Ernesto Bertarelli’s team. With all of the fleet starting on the starboard side, Alinghi’s great start saw their lead at all marks for the win. Sixth and fourth place finishes in the next and final two races were enough for third place in the Grand Prix. Next up, the conclusion to the Championship at the Grand Prix de Clôture that will take place at Société Nautique de Genève on September 30th and October 1st, but before that, the team will take place to the Extreme Sailing Series Act 6 in Funchal on the Portuguese island of Madeira between September 22nd and September 25th. Stay tuned!