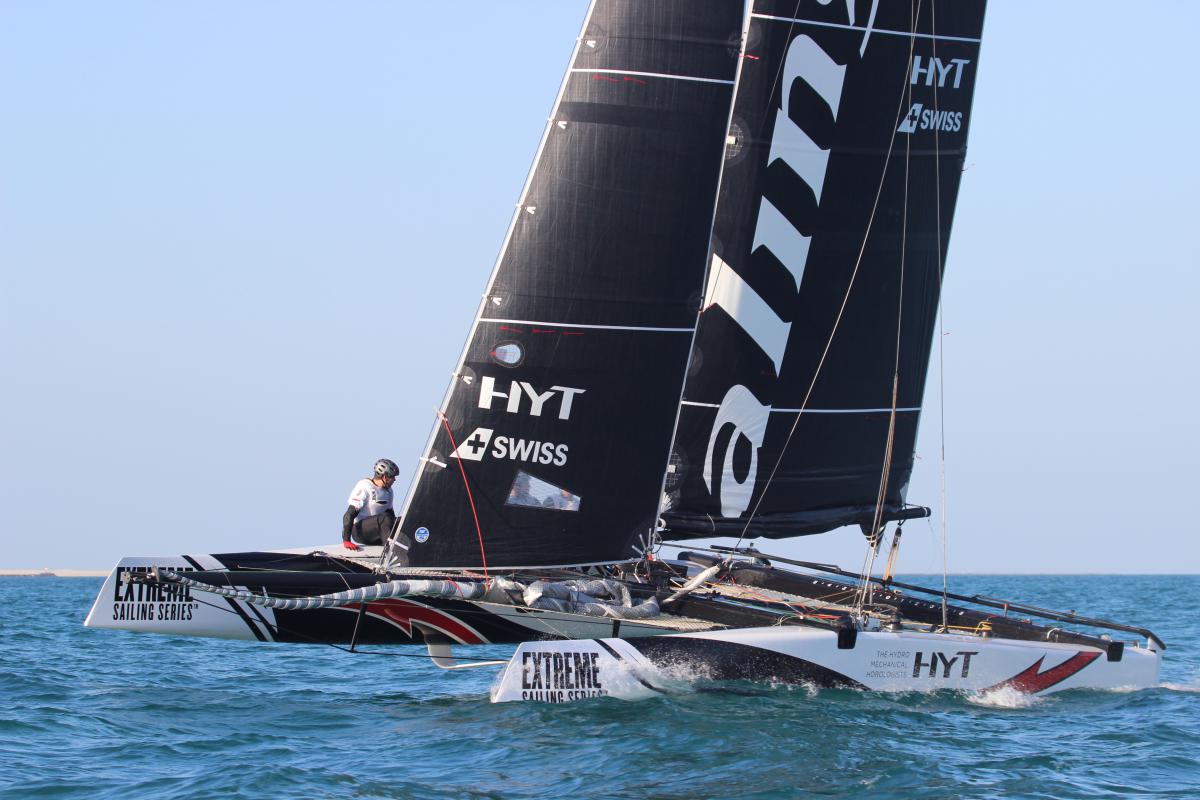 Ernesto Bertarelli’s Alinghi Team is very pleased to announce that it will be joining the 2016 Extreme Sailing Series, which will be raced on the hydro-foiling GC32 catamarans for the first time.

Now in its tenth season, the Extreme Sailing Series is an elite-level competition that brings together some of the world’s best sailors for racing in venues across the globe. The action is always close to the shore, meaning that the thousands of spectators who turn out to watch the teams at each Act are treated to some of the most exhilarating close-quarter sailing that there is on offer anywhere.

Alinghi is a veteran of the Extreme Sailing Series, having won the title in 2008 and again in 2014. In 2015 the team raced the GC32 Bullitt Racing Tour and with the ESS adopting that boat for the coming season the decision to go for a third title was an easy one to make.

Commenting on the team’s return to the Extreme Sailing Series, Alinghi’s Coach Pierre-Yves Jorand said: “We’re all excited to be going back to the Extreme Sailing circuit. It’s a competition that we know well, of course, and if there’s one thing that we can be certain of it’s that we’re going to be pushed to our best by the many talented teams that are taking part. The racing is always close, it’s always exciting and it’s always supported by great crowds. With the switch to the GC32 this year we are raring to go and hope to bring to bear the invaluable experience we gained about these machines during last year’s racing.”

Check our calendar to make sure you don’t miss any venue or date and come visit our news page regularly to stay updated on what is happening during this exciting season.