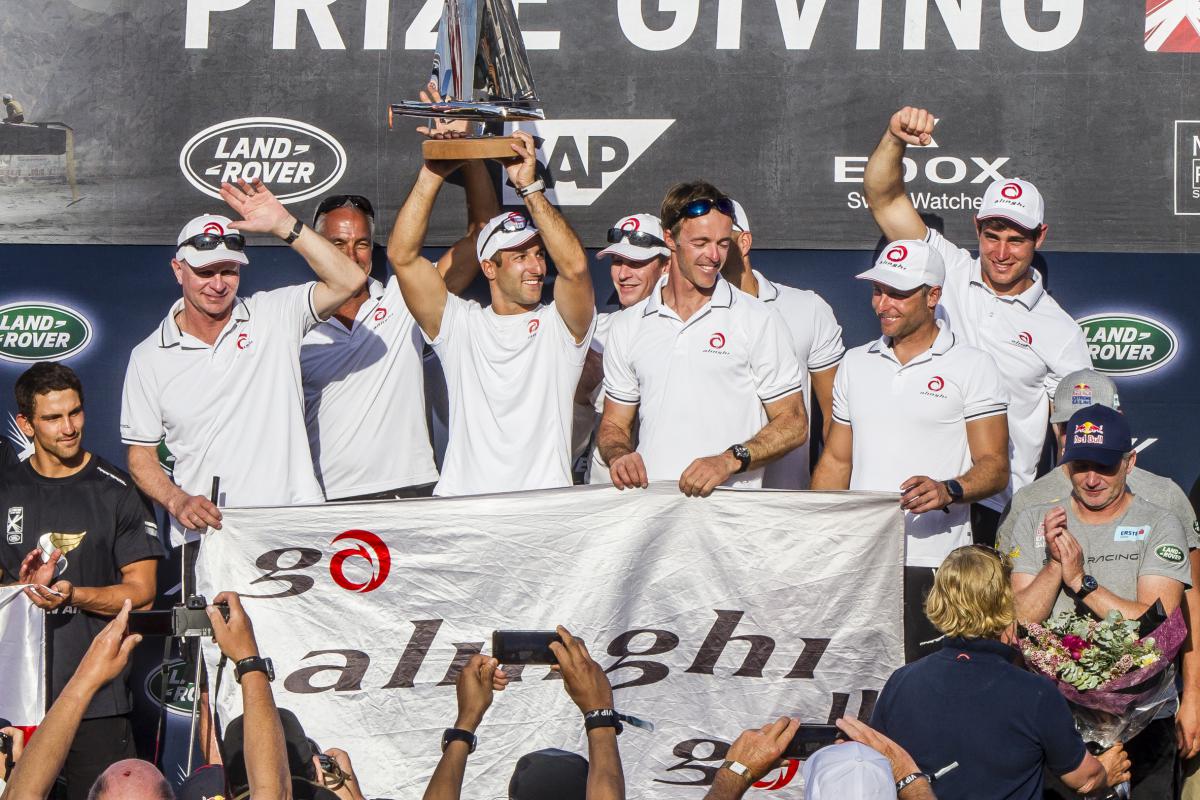 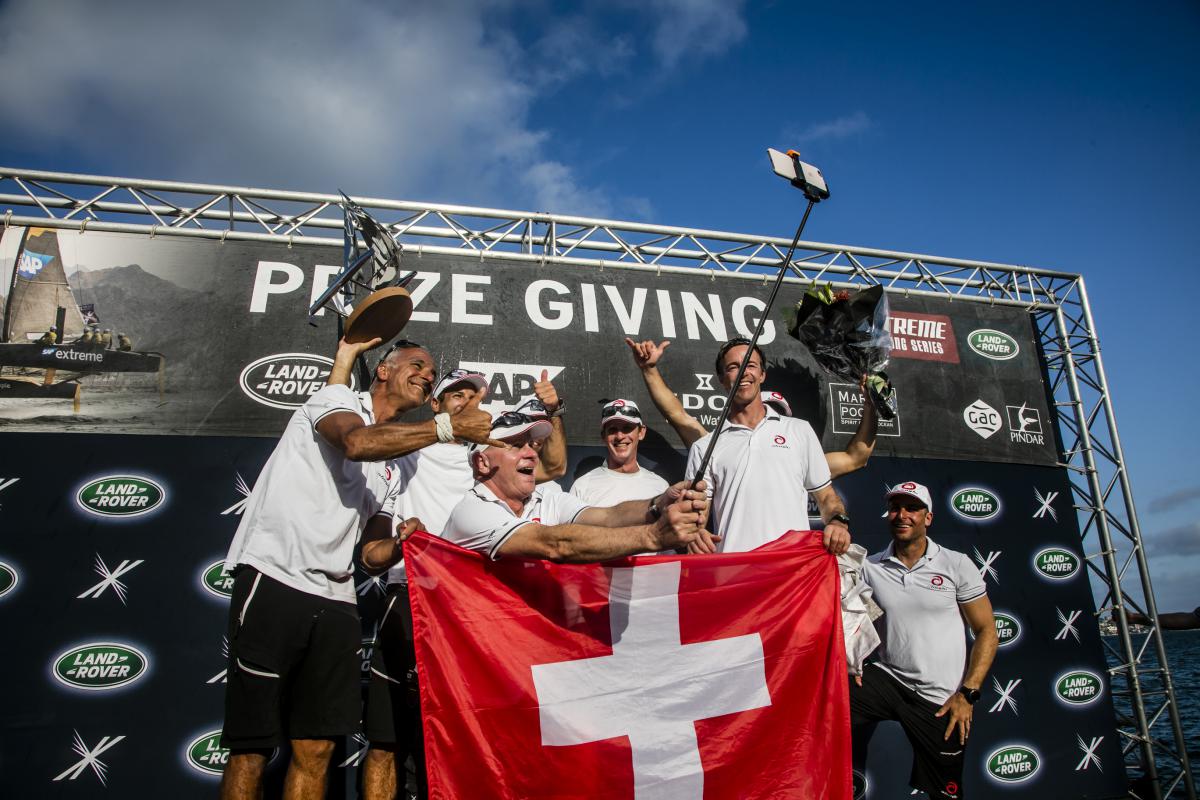 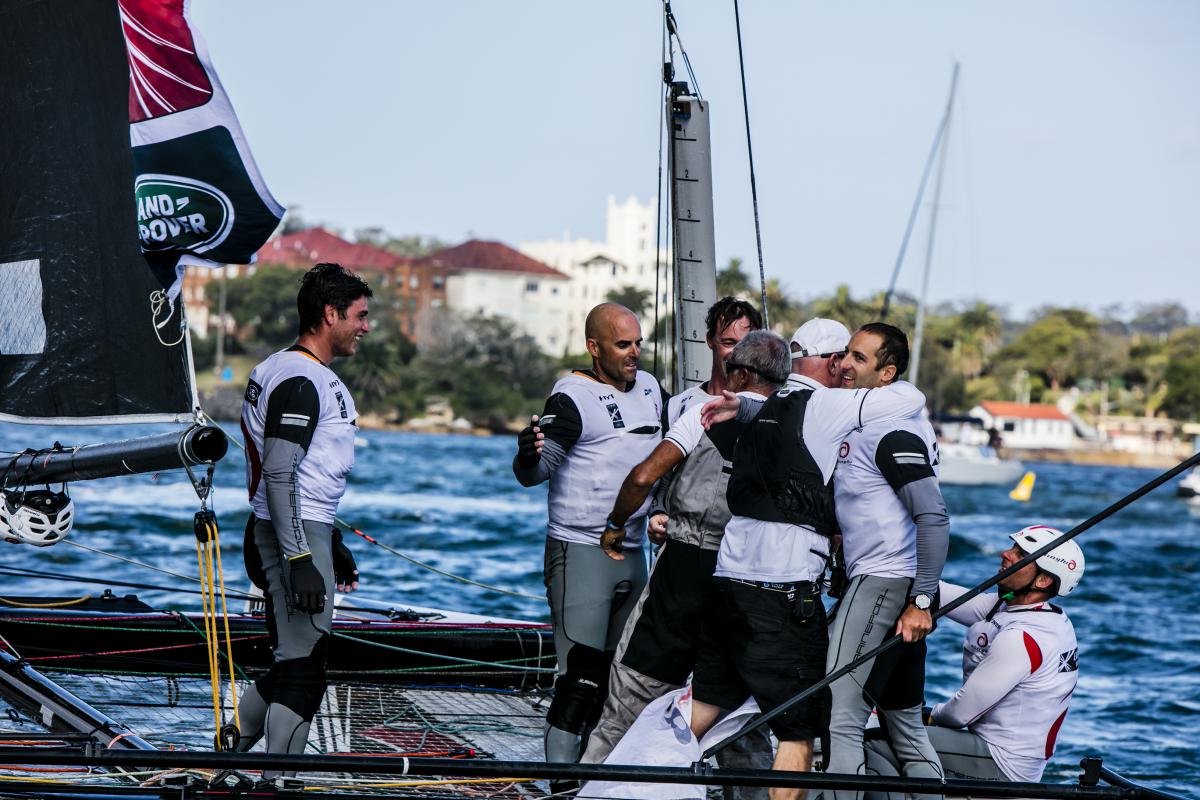 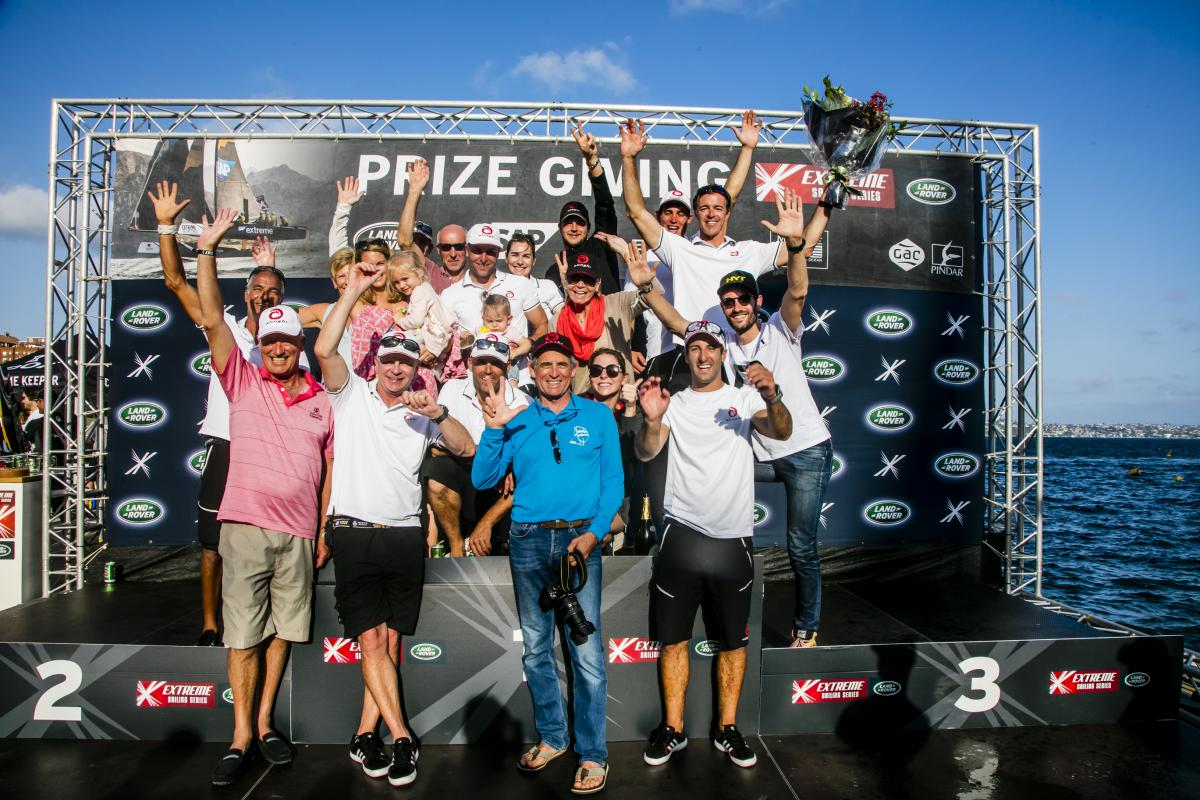 Four in a row secures the championship

At the mid-seasons stage the task of overcoming their rival, Oman Air, would require no less than four wins from the last four Acts, a mammoth task. After winning in St Petersburg, Madeira and Lisbon, the Swiss team arrived at the grand finale in Sydney with the job nearly done, but with one last hurdle to overcome – the eighth and last stage in Sydney harbour. Having won this in Australia this weekend, Alinghi have done it – they are the 2016 Extreme Sailing Series Champions!

Following on from previous victories in this Series aboard the Extreme 40s in 2008 and 2014, this win marks the first for Ernesto Bertarelli's team on the flying GC32s, making it three overall on this prestigious international circuit. Commenting, he said: "I am really delighted and proud of the team, whose season has been just immense."

Arnaud Psarofaghis said: "This victory means a lot to me. I do not think I have fully taken it in! I feel very lucky, happy and privileged to be racing with an amazing team, the best there is. The guys did a very good job on board, as did David and Joao preparing the boat, not to mention Pierre-Yves, our coach. I would also like to thank Ernesto Bertarelli for giving me the opportunity to break my duck in the GC32 this season."

Nicolas Charbonnier said: "I'm really happy today because the battle to get ahead of Oman and Red Bull was really very tough. It's fantastic to sail with this team, but more importantly a lot of fun. I hope that we will continue this momentum next year and compete for more championships."

"Happy, fresh and available for another 10 races", laughed Yves Detrey, who had just finished a grueling day of sailing. "I'm so pleased with our win. It is the result of a job well done and a reward for all of our hard work."

Tim Lapauw said: "It was really cool! I'm very happy! Great day, great regatta, great season. I am delighted to be part of this team."

"We came to win: mission accomplished! Thanks to our partners: HYT, Swiss, Manotel and Marinepool for their support and to our supporters for their encouragement throughout the year. It is always with pride that we sail knowing that we have you all behind us", said Nils Frei.

"That's it, we won! I am as happy as happy can be", said João Cabeçadas.

David Nikles elaborated: "The sailors gave everything and stayed focused until the end to end this season. They deserve it."

The final word belongs to the team's coach, Pierre-Yves Jorand: "A fantastic season, truly. The boys navigated perfectly and managed their races superbly in these latter events. Congratulations also to Joao and David, who make up our technical team, and thanks to our fans all over the world. It is always fun and rewarding to see a Swiss flag flying high when we are racing."

Eight races sailed today, in winds varying from nine to 18 knots. The season has closed and Alinghi has met its objective, adding the first foiling Championship to its previous achievements.

Find all of the results in detail at http://www.extremesailingseries.com/results

What: Grand final of the 2016 Extreme Sailing Series™, which has seen eight Acts in eight host cities, on three continents.

Who: Eight international teams, each made up of a crew of five

Where: Sydney Harbor (Australia), between the Opera House and the Royal Sydney Yacht Squadron

How: Teams compete in short, fast races in front of the public on a 32-ft foiling catamaran, the GC32