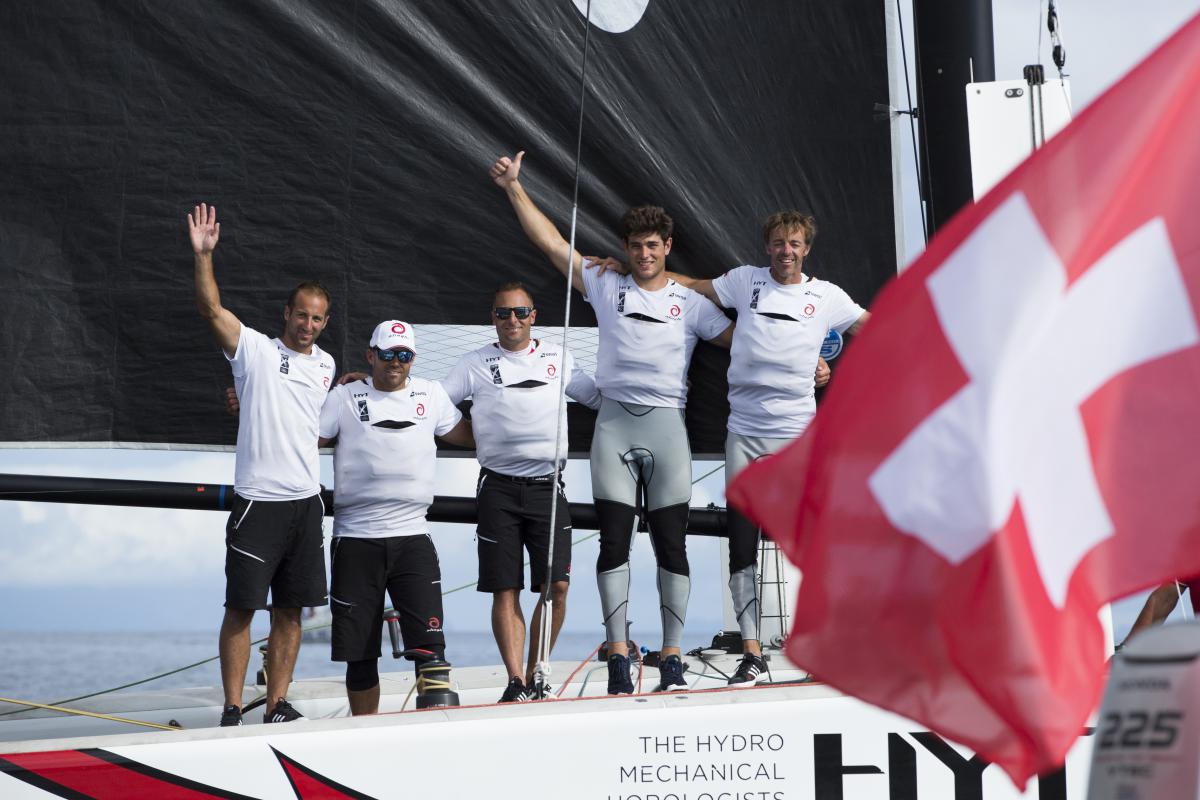 After yesterday’s drama, which saw Alinghi’s mast slowly descend following a collision with Red Bull, the shore team had a mammoth task on their hands to get the GC32 race-ready for Day 4 of the Extreme Sailing Series in the Madeira Islands, all the more important a task because the team were topping the leaderboard . All credit to them, because the team were able to sail and repaid their colleagues’ efforts by nailing the two races that today’s conditions allowed . Two wins meant the Act was Alinghi’s, a fantastic result. Up next is Lisbon and it’s all getting tight at the top!

Next is Lisbon from the 6th to the 9th of October but before that, the team will be back on its home waters at Société Nautique de Genève for the final GP of the D35 Trophy on September 30 & October 1. See you there!