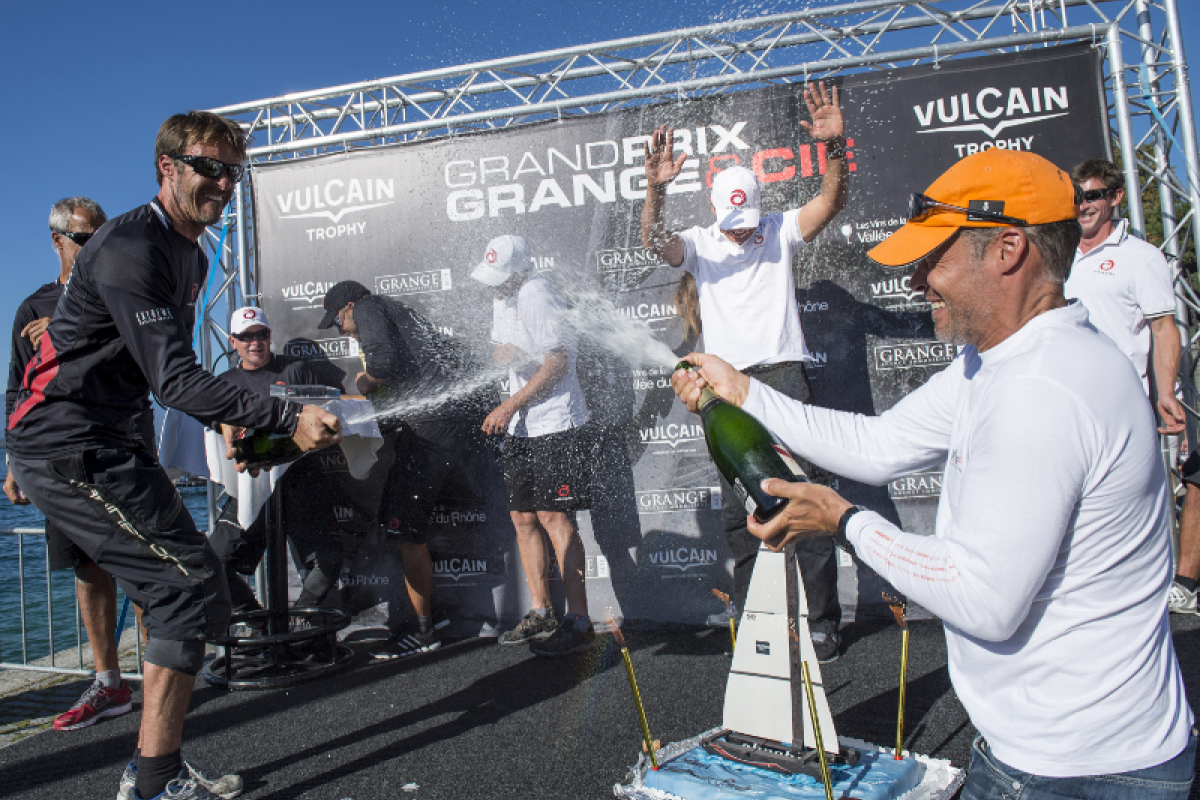 What better way for Team Principal and helmsman, Ernesto Bertarelli, to celebrate his birthday than by winning the 2013 Vulcain Trophy, wrapping up the prize at the penultimate event of the season – the Grand Prix Grange & Cie, organised and run with typical brilliance by the Yacht Club de Genève.

A lack of wind unfortunately put pay to Sunday’s racing, but Saturday saw six races sailed, with the D35s entertaining an appreciative audience at the Geneva Yacht Club as the boats tussled for position. Despite having to abandon the first round due to technical problems it was ‘Ladycat powered by Spindrift racing’ who claimed first place at the Grand Prix, their first victory of the season. Alinghi ran them very close and saw off the challenge of Realstone to take second place and, with it, the championship.

“I am delighted with this result. As a crew we have been solid all season and this victory is the culmination of a huge amount of teamwork and effort. The Vulcain Trophy – precisely because it is a one-design championship – is truly demanding, bringing together international teams of huge talent. Consistency has been the key, especially with the many different types of conditions that we’ve faced – we’ve been successful across each, which is why my teammates and I are particularly pleased to have sealed the win.”