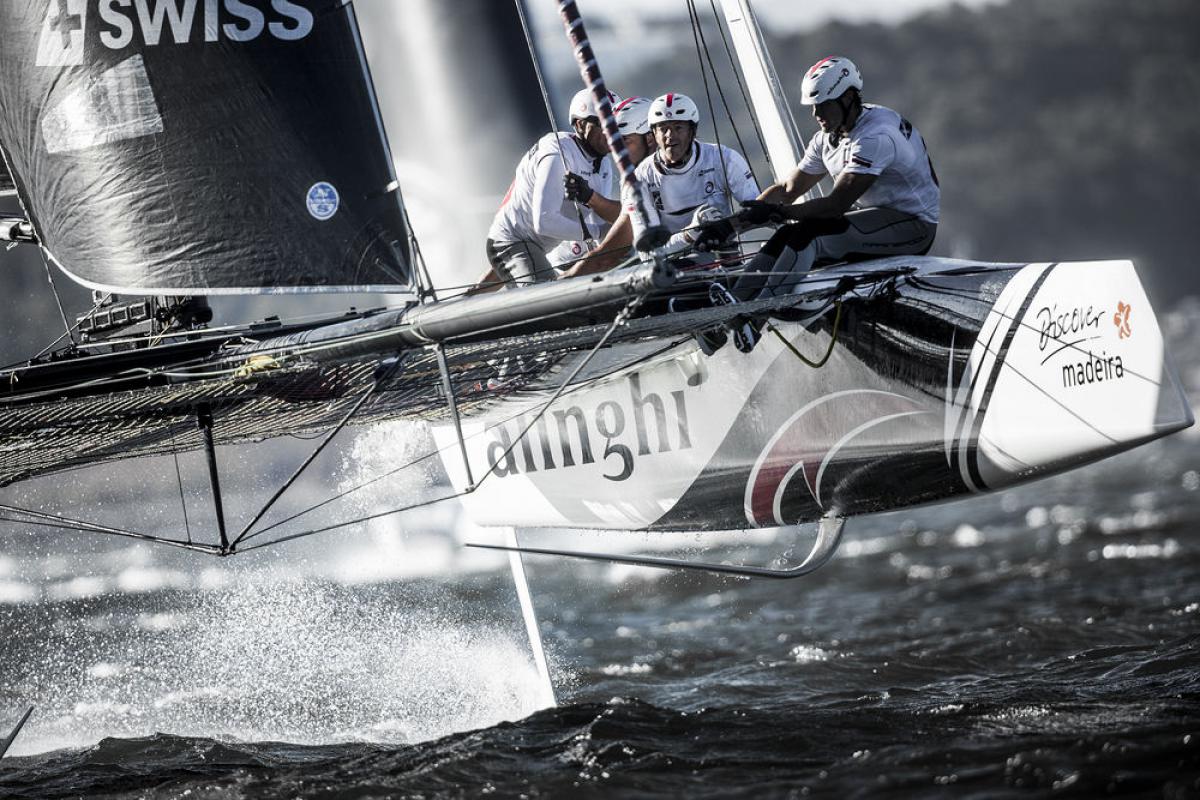 Conditions were just about perfect on Day 3 of the Extreme Sailing Series in Lisbon, so much so that a top speed by Alinghi of 32 knots in one race was bettered just a half an hour later with the team reaching 37!. The stadium course and the crowd there got to see the GC32s taken to their limits and it made for some thrilling and high-speed racing.

Having recorded two wins on both of the Act’s previous days, Alinghi had set themselves a tough act to follow, but, again, they got off to a flyer, winning the first of the day’s seven races. There then followed a second place and a third, with a little interlude of a fifth, before another win and then two second-place finishes in the day’s last two races. For all of the victories, it has been the team’s great consistency that sees them way out front heading into tomorrow’s closing day. A full 19 points separates them from second-place Noruato, with Oman Air a further nine points back. Lisbon has been awesome fun and tomorrow’s racing can’t come soon enough!