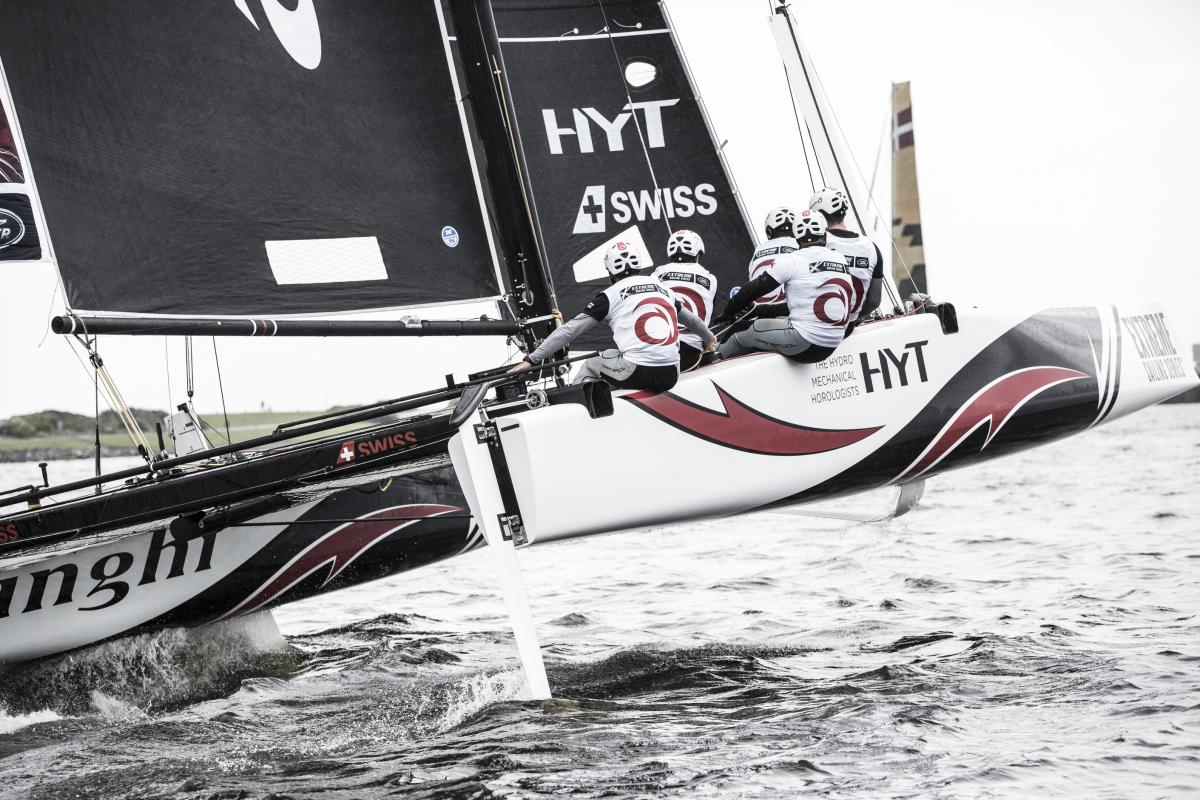 Strong winds in Cardiff bay on day two in the 2016 Extreme Sailing Series gave hope for an exciting day of racing and the early promise was more than fulfilled, with the boats reaching speeds of 35 knots and up towards the end of the day. Indeed, such were the conditions that the Committee had to rule in the day's seventh race that gennakers should not be deployed.

It made for exciting and close racing, though, and Alinghi got off to a nice start, snatching second place in race 1 on the line from Act leaders, Oman. That and two very nice wins in races seven and eight - both sealed after fantastic starts - meant that the team move up one place into third on the Act leaderboard. Continue that kind of progression over the next two days in Wales and Alinghi are right in it.