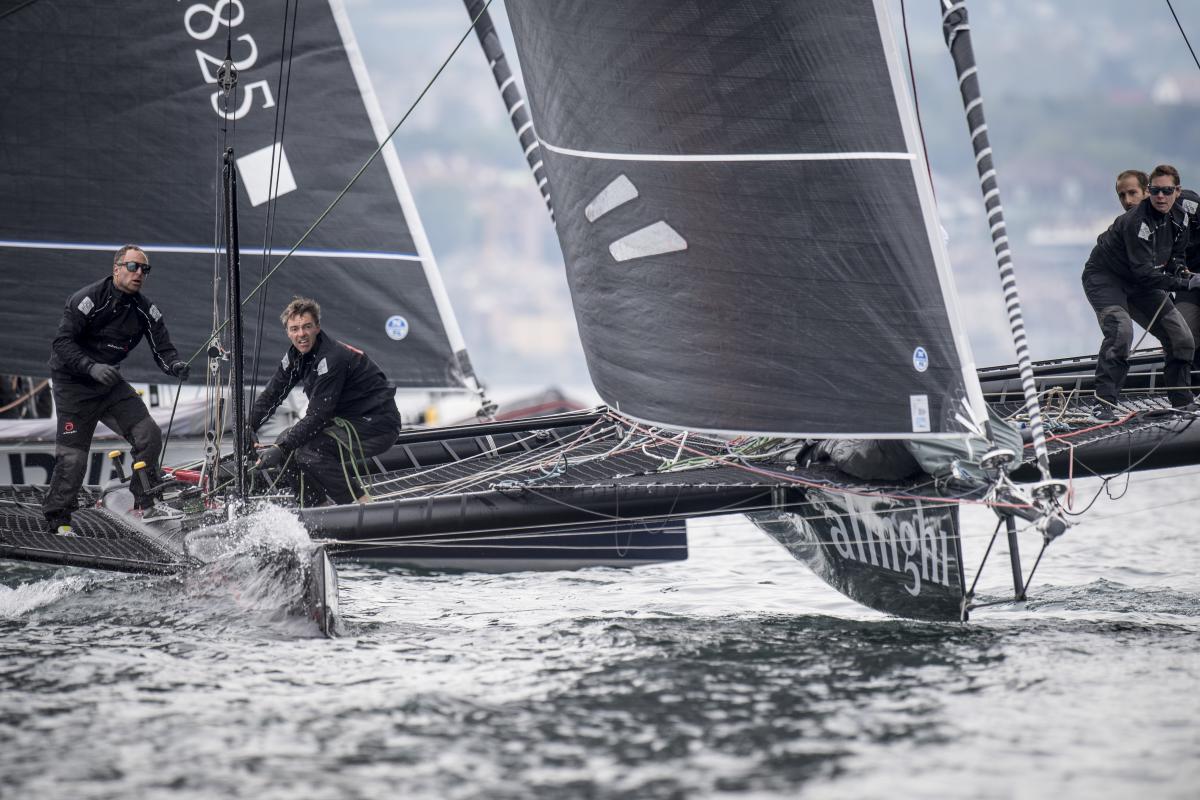 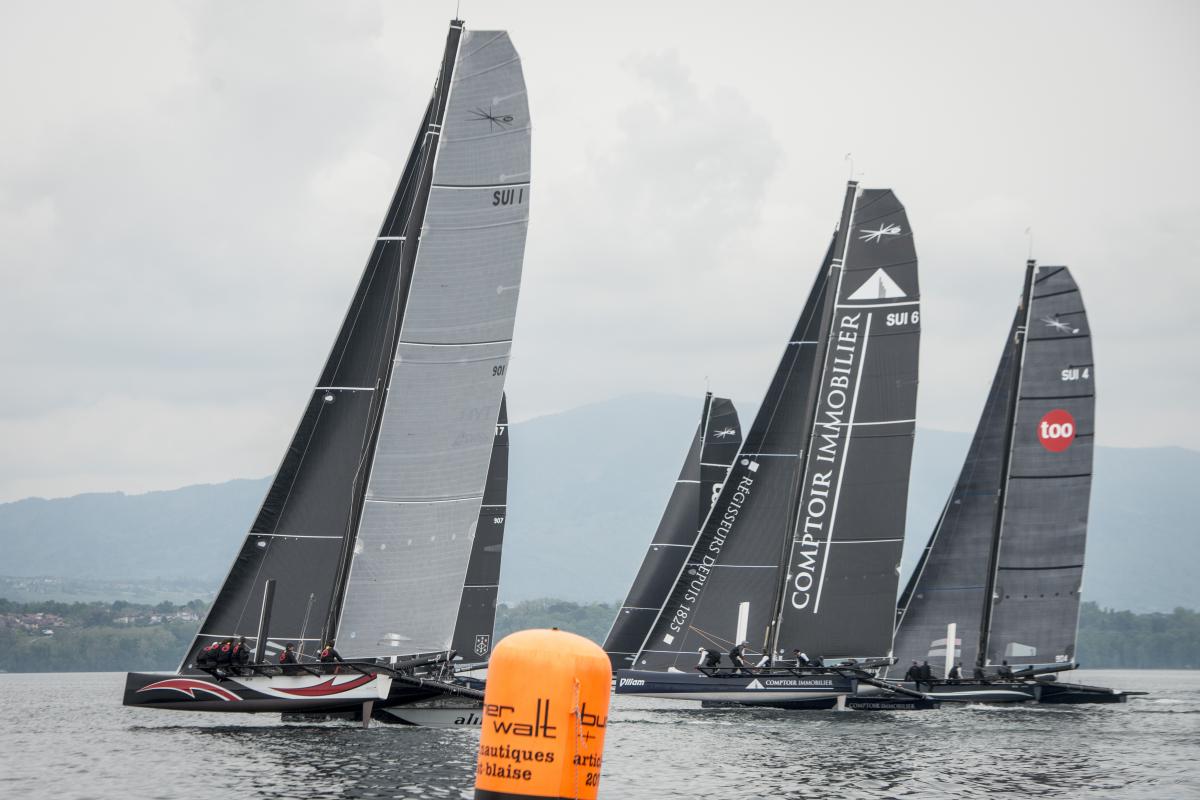 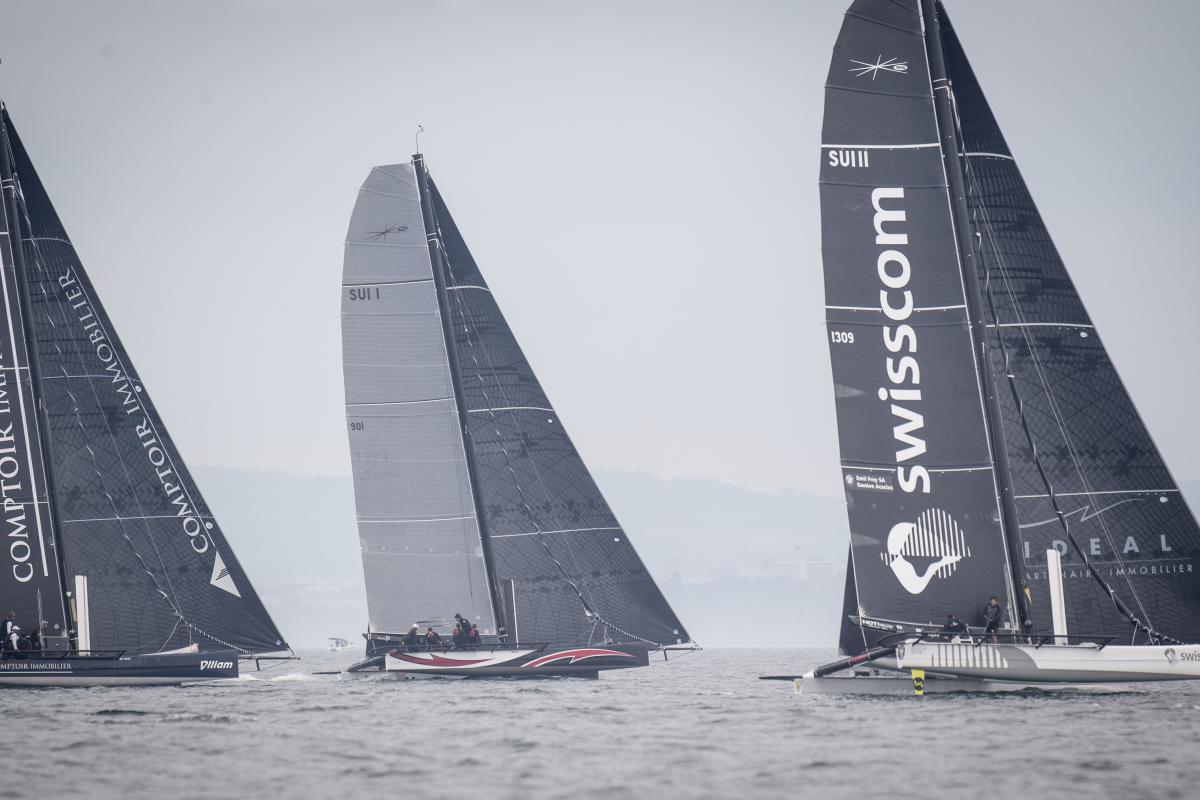 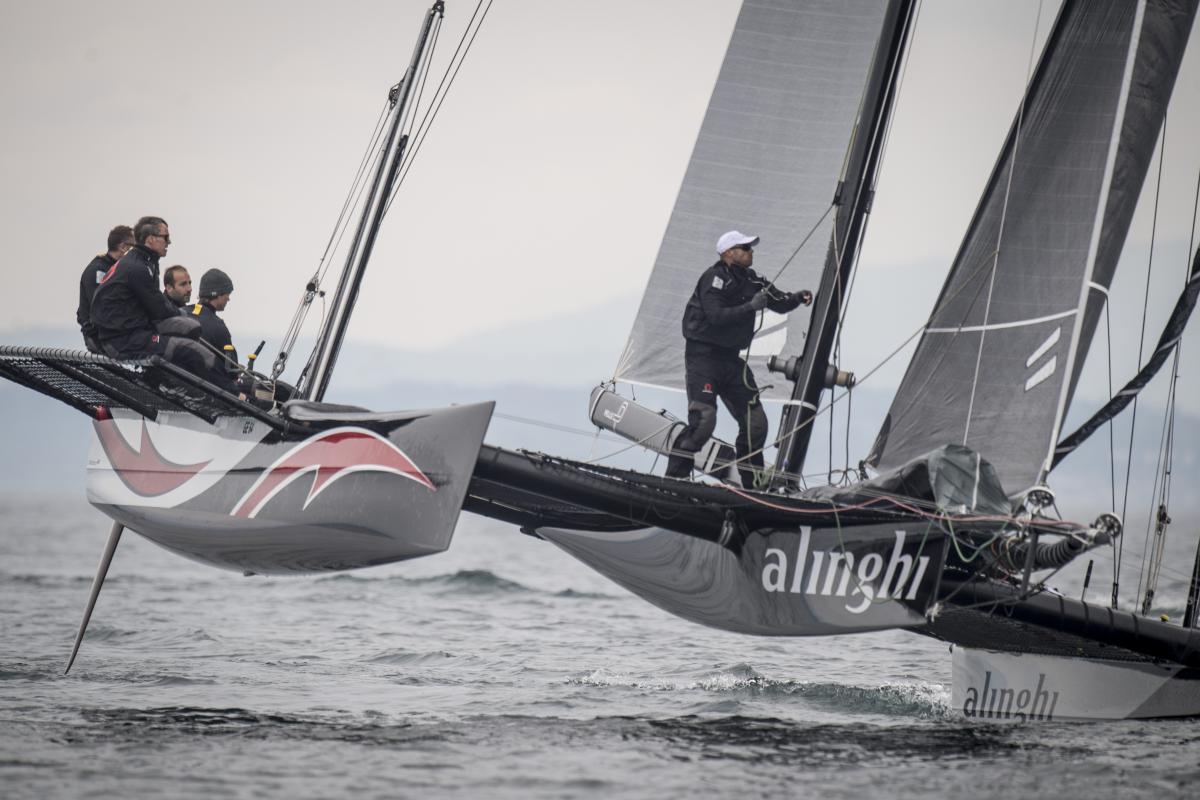 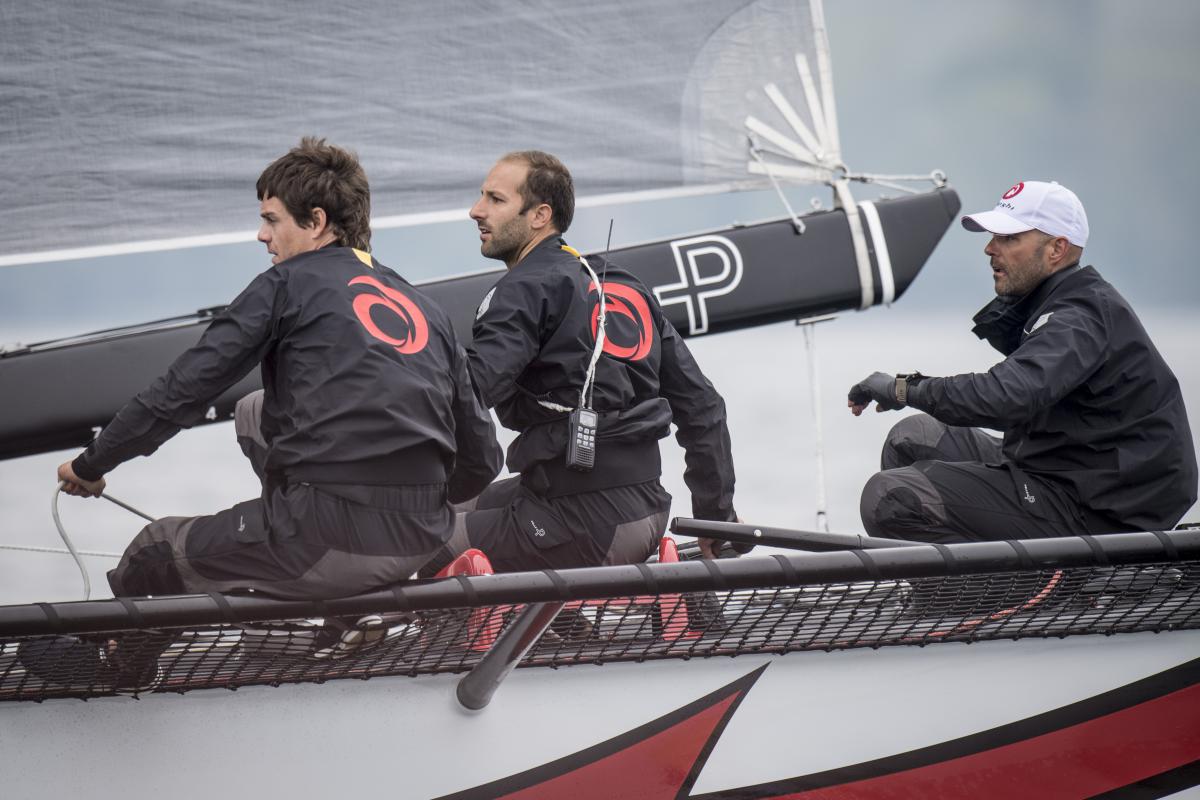 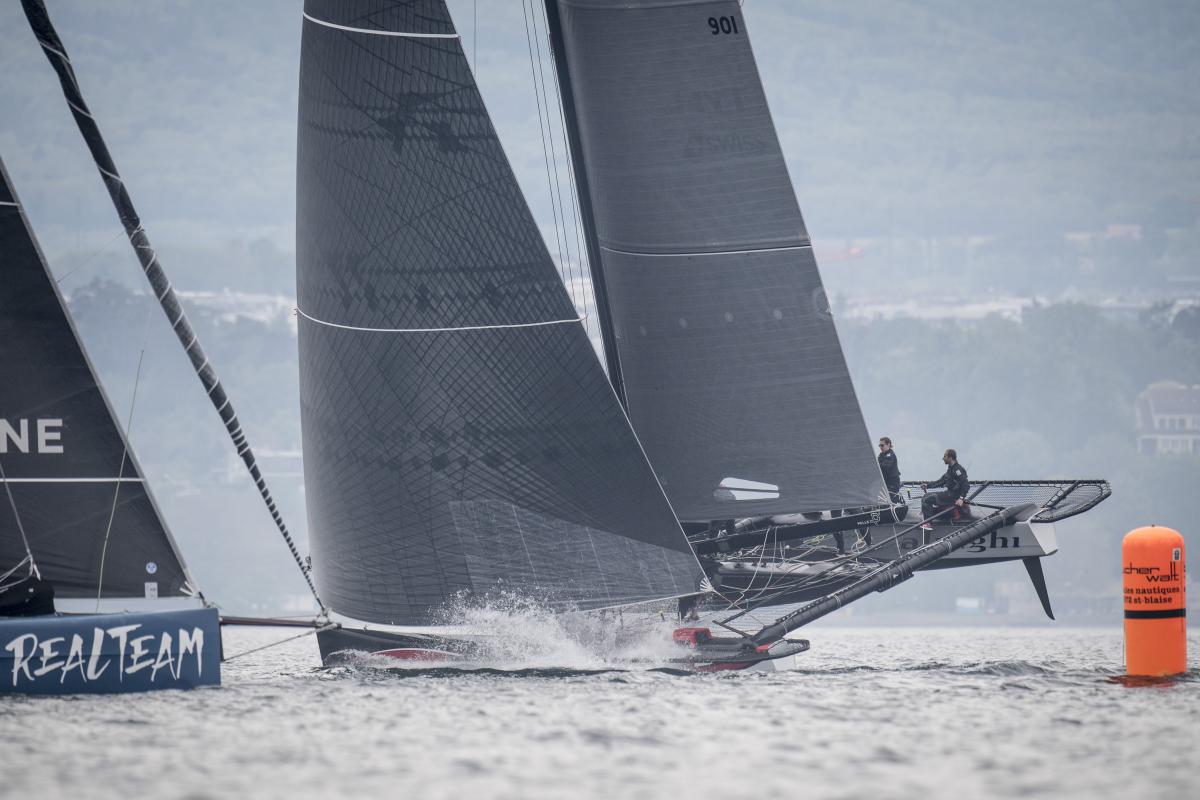 Challenged by Eleven Sailing Team and Ylliam-Comptoir Immobilier in the first three races, Alinghi finished second three times in the runs that were started on Friday. Saturday's day began with a disappointment in a race in which the team crossed the finishing line in 6th position after a few wind shifts. The crew pulled together, however, and took the lead in the 5th and 6th races.
Then, though, the wind vanished, ending the second day, and would not reappear on Sunday until right up close to the deadline for starting racing.
This brought down the curtain on the Realstone Grand Prix, second stage of the D35 Trophy organized by Société Nautique de Nyon, with Alinghi winning ahead of Ylliam-Comptoir Immobilier and Eleven Sailing Team.

The next stage of the championship will be fought in a different style of racing. The seven D35s will join other classes of boats for the first of two Geneva classics, the Genève-Rolle-Genève, which will take place on the 8th of June.

By then, the team will already have completed the next event in its calendar: from May 23rd to the 26th in Villasimius, South Sardinia, takes place the opening Act of the GC32 Racing Tour.