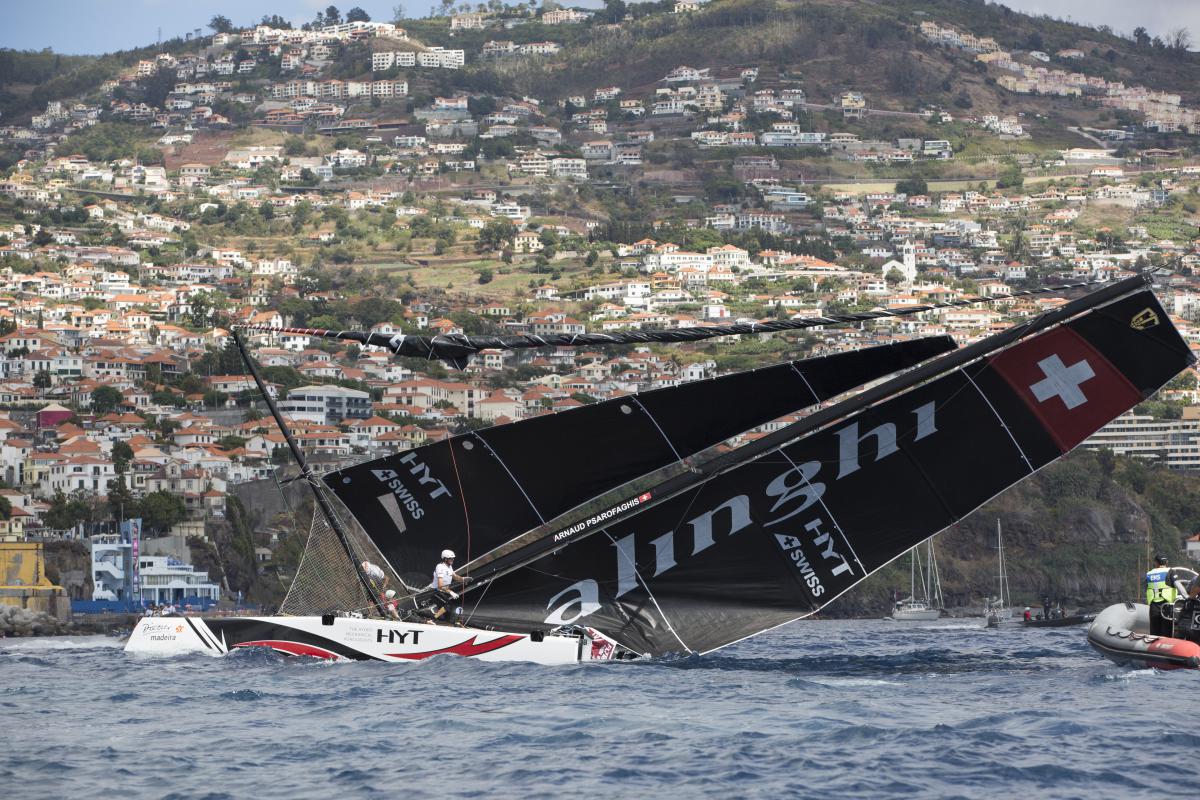 Alinghi’s third day in the Madeira Islands ended after race three. A dramatic collision with Red Bull off the start line saw the team lose their mast and forced to retire. It was symptomatic of how closely the teams were pushing each other, but thankfully nobody was hurt and Alinghi will be working all night to get the GC32 back on the water tomorrow, especially because they top the leaderboard going into the final day.

The crash happened with Red Bull just that little bit too close to Alinghi as they made a fast start, their rear clipping the Swiss’s front. The impact was critical for Alinghi’s rigging and, ultimately, the mast. The Race Committee awarded Alinghi redress for the incident, meaning that they retain their lead overall. However, it’s a race against time to get the boat ready for the final day tomorrow.

“During the third start we were sandwiched between Red Bull Sailing Team and Sail Portugal. Red Bull Sailing Team popped up onto their foils then came down on us, and we couldn’t really avoid them. This all happened really quickly and unfortunately they hit us and we lost the rig, but no-one was hurt and that’s the main thing.

“We need to assess the damage and see if we will be able to sail tomorrow. It’s going to be a long night for us but we have the greatest shore crew and they will do everything they can to get us back on the water.”