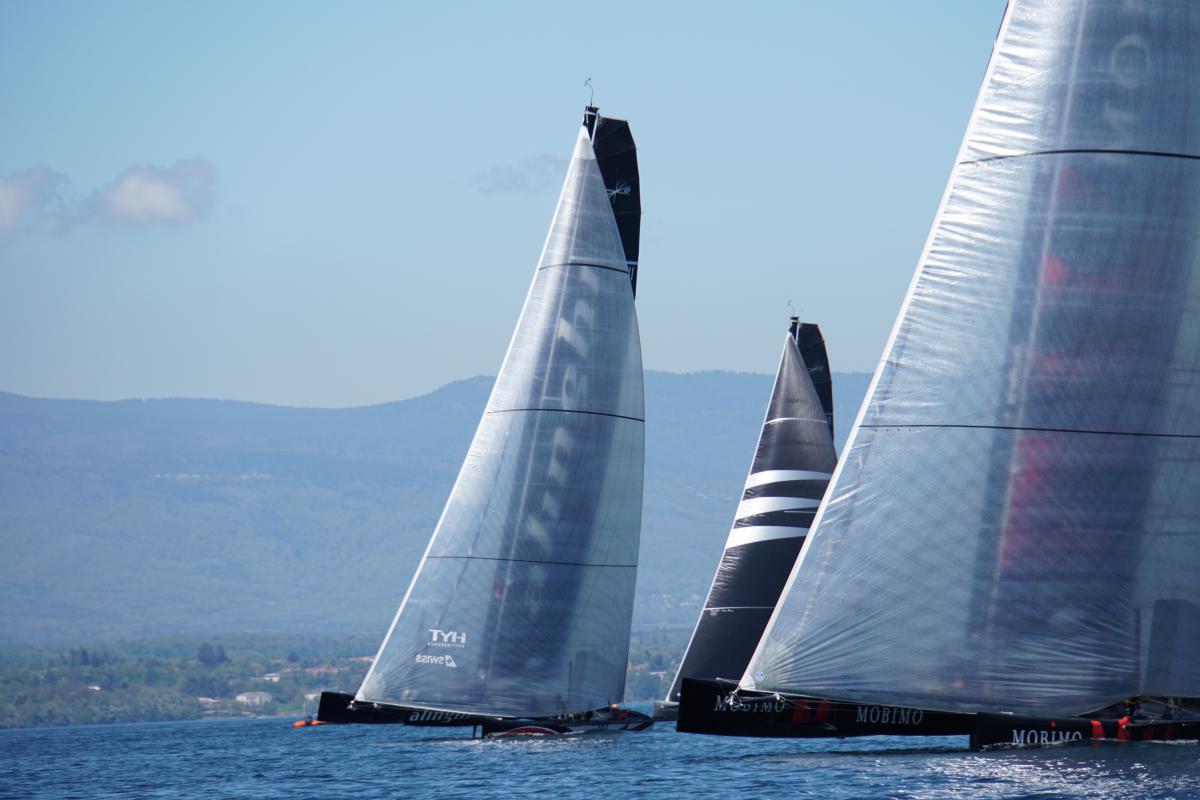 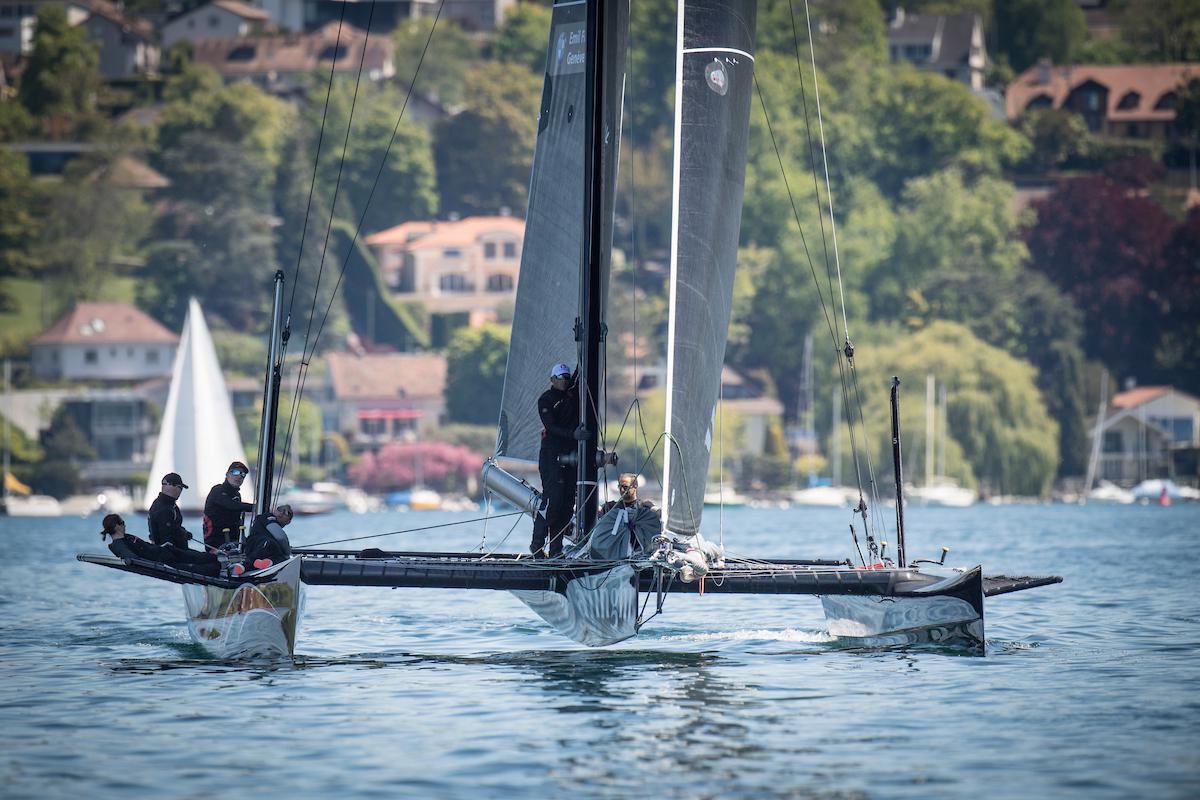 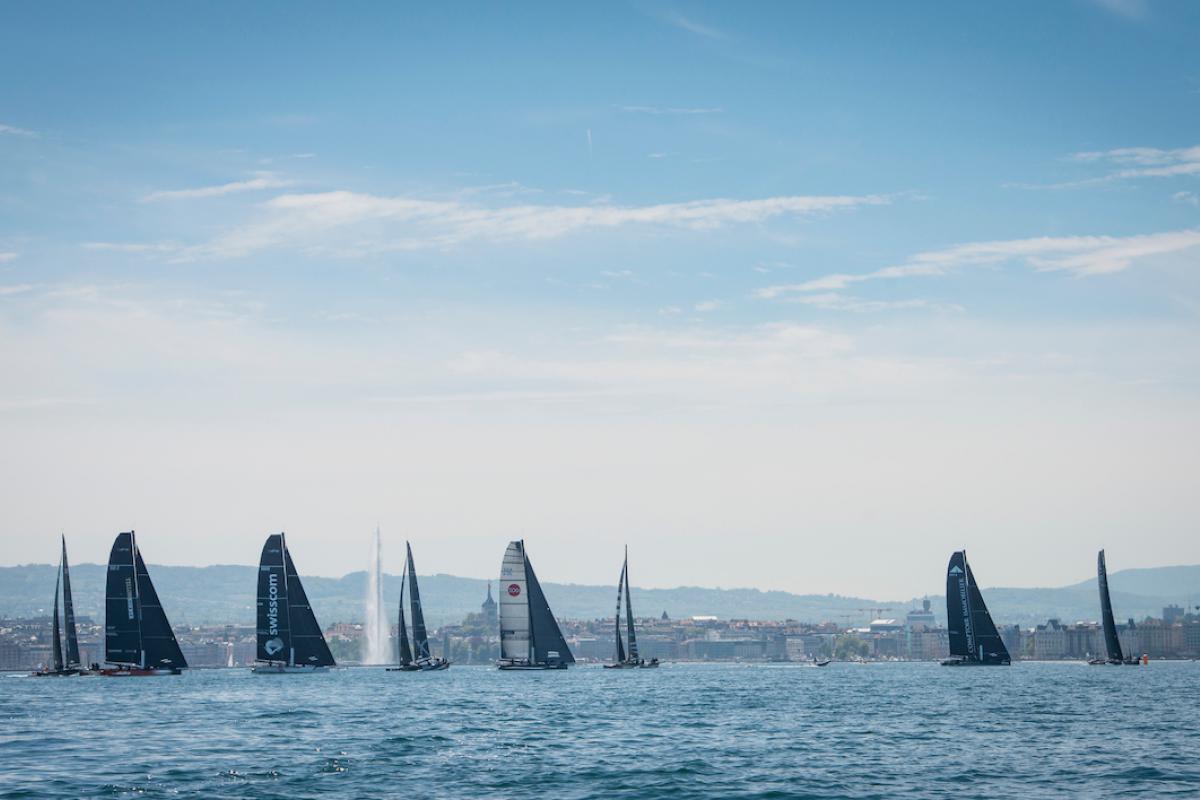 Those who sail on Lake Geneva have learned from experience that the wind can be a capricious beast and today it refused to play ball for the first day of the 2017 D35 Trophy, the Grand Prix d’Ouverture sailed in front of Alinghi’s club, the Société Nautique de Genève.

The conditions hadn’t looked too promising at the start of the afternoon, but it was still possible for one race to be sailed, albeit in light winds of about four knots. With a course westwards to the SNG laid out, Mobimo took the decision to start on port, by the pin. It was to pay off for the team, who crossed the fleet and led the race throughout.  Alinghi also started on port but by the race committee and, after the start, headed for the shore before tacking to the right-hand upper gate, trailing the leaders. Realteam were also in the hunt for second place, but at the next crossing Alinghi made a good gain, securing second place at the lower gate.

That, unfortunately, was that, with the wind dropping to almost nothing. A glorious afternoon to be by the lake, but not necessarily trying to race on it and so the Race Committee took the decision to suspend racing, hoping for better conditions tomorrow for Day 2. A hope and a wish that all at Alinghi share!

Results after 1 race on day 1