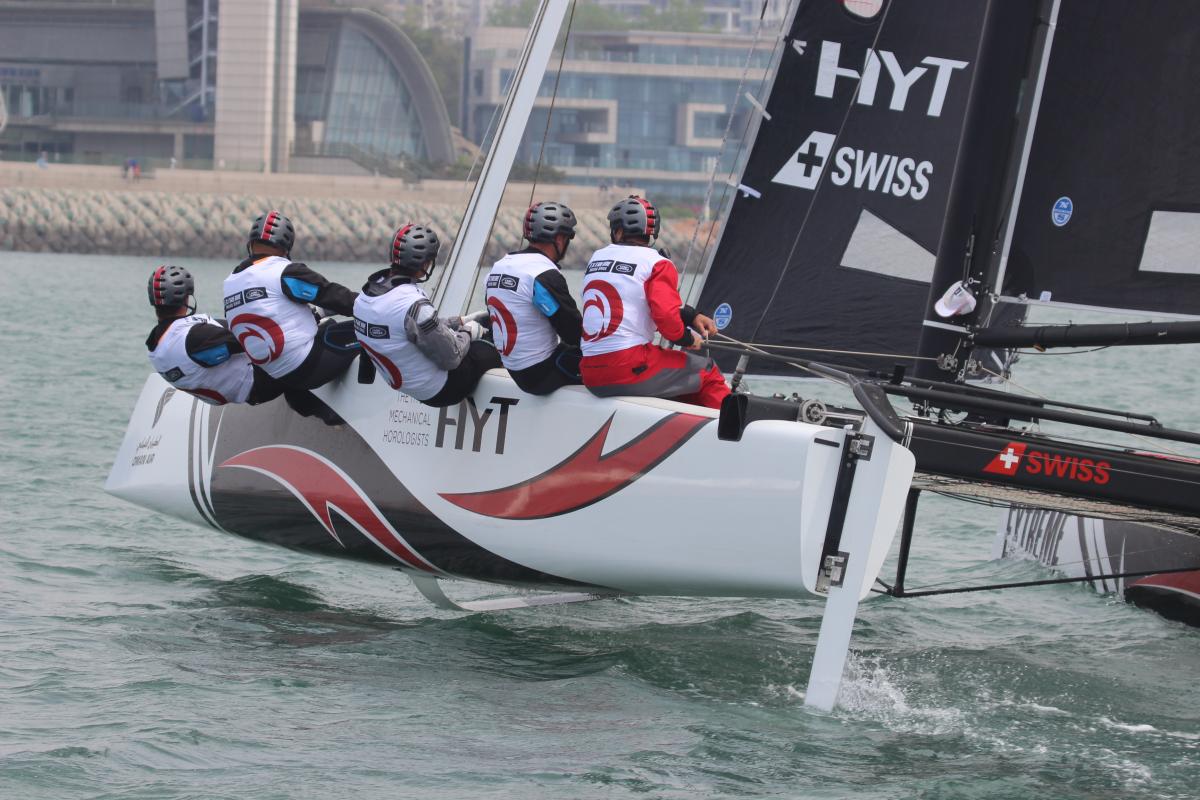 Act 2 of 2016’s Extreme Sailing Series begins tomorrow in the port of Qingdao, China, to which the teams return for the sixth time and where Alinghi had their epic coming together with Red Bull in 2014. Widely acknowledged to be one of the more challenging of venues, the city’s tall buildings around Fushan Bay make for wildly unpredictable and gusty winds. One thing’s for sure, it won’t be boring. Day one will consist of open water racing, after which the eight teams will move to the stadium for three days of competition that will conclude on Sunday 1st May. The full schedule is: