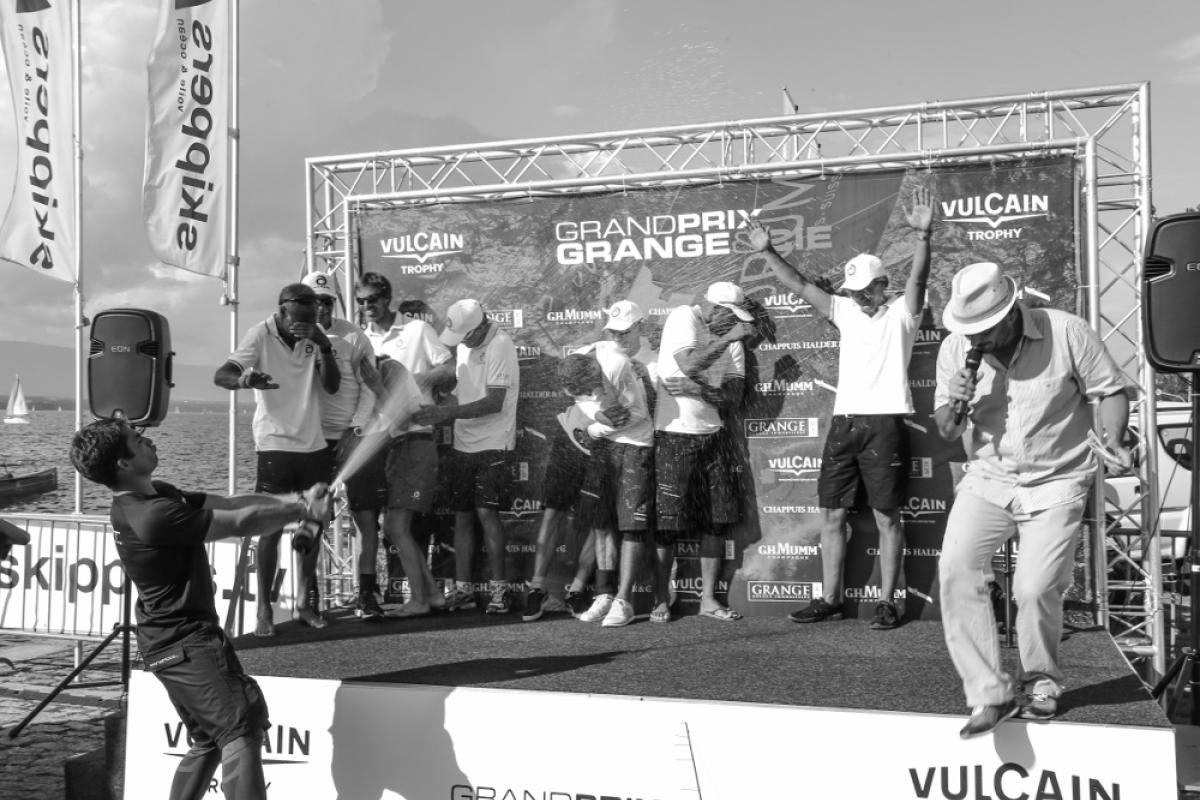 For the second year running, Alinghi’s victory in the Grand Prix Grange & Cie also secured the Vulcain Trophy for Ernesto Bertarelli’s team. And what a victory it was, the crew dominating proceedings with a near-flawless display of racing in challenging conditions.

Having won Saturday’s two races, the team lined up for Race 3 on Sunday full of confidence. Light win conditions had meant that the start had been postponed, but when the fleet did get underway Alinghi quickly established a lead. The wind – already light at 7 knots – then proceeded to drop to 3, making for difficult sailing. Nonetheless, Alinghi worked together to extend their lead on each run, taking the race from Racing Django and Team Tilt.

In Race 4, Alinghi got the best start of the five teams who had lined up to port. They led at the first top rounding, getting up to speed for the run and extending the gap between their rivals at the lee gate. Having gone right for the second beat, the team began to feel some pressure from Velitgroup, but, having just rolled them at the top rounding, saw boat speed on the last run do the rest. Victory – again!

This win meant that Alinghi had the Grand Prix wrapped-up and so the team took on the role of spectators for the day’s final race – the results of which confirmed that Alinghi had successfully defended its Vulcain Trophy title. Well done team!

“We’re really very happy, both with this win and to have defended the Championship. To win all of our four races…I can’t remember it happening before. We sailed together and that is the secret to our win. This team has been together a long time and we understand one another and the boat. We’re delighted with the way the weekend has gone.”