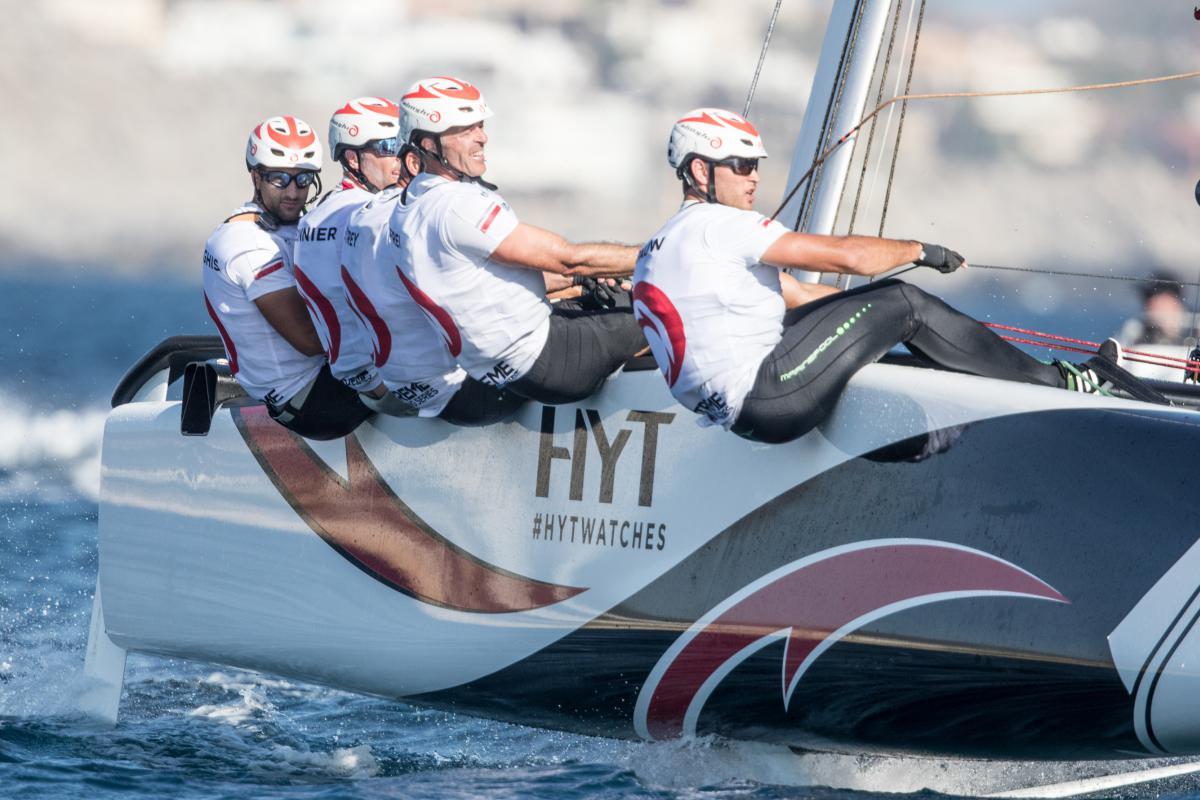 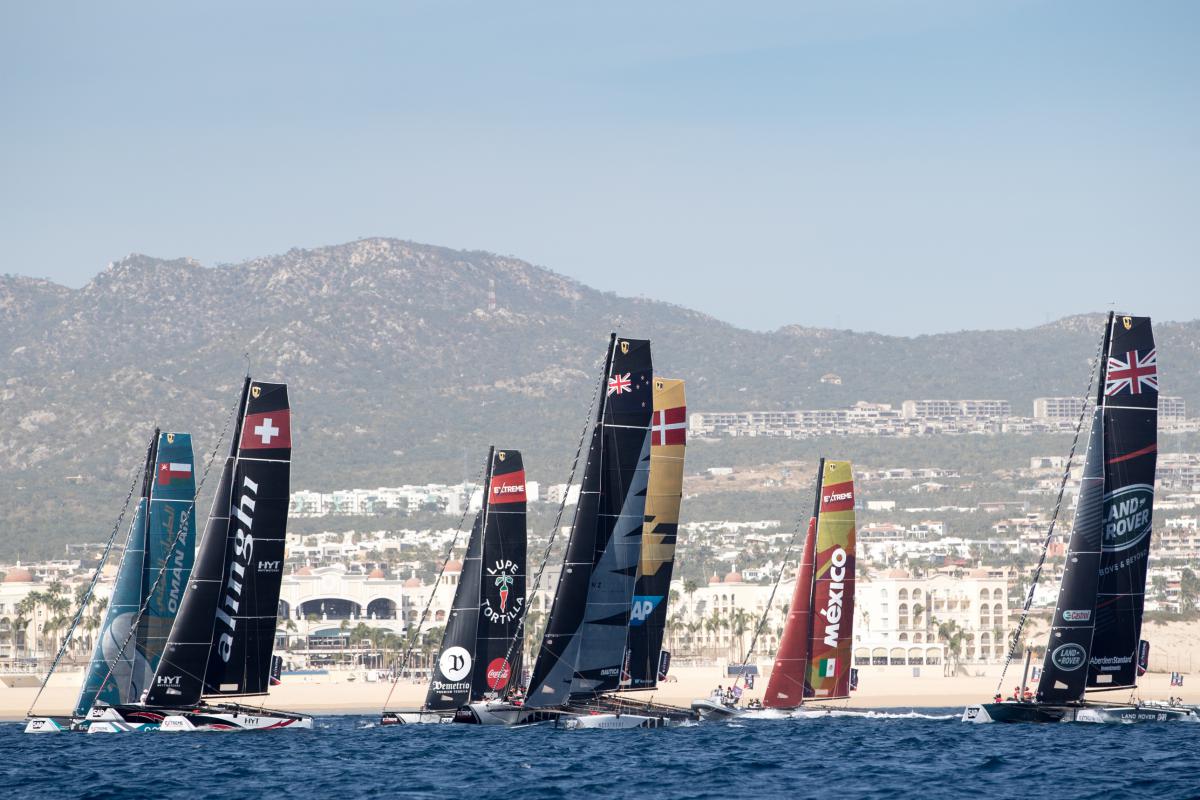 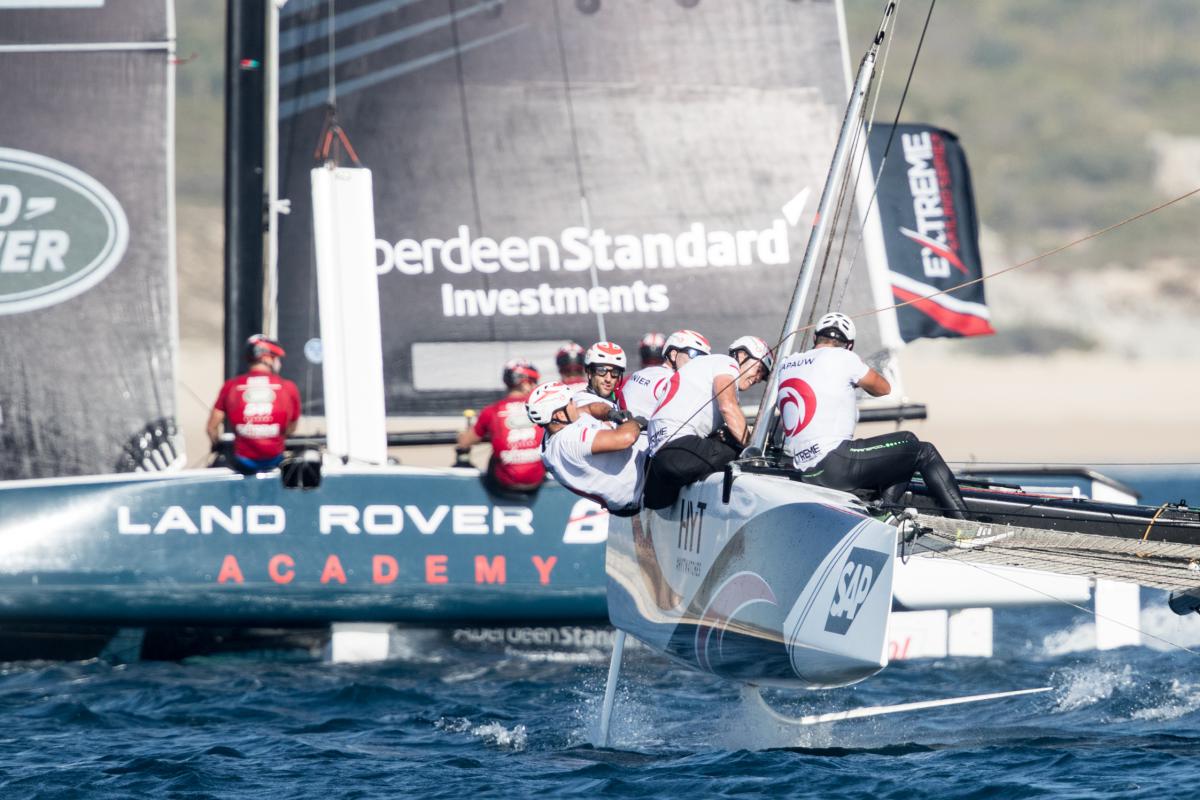 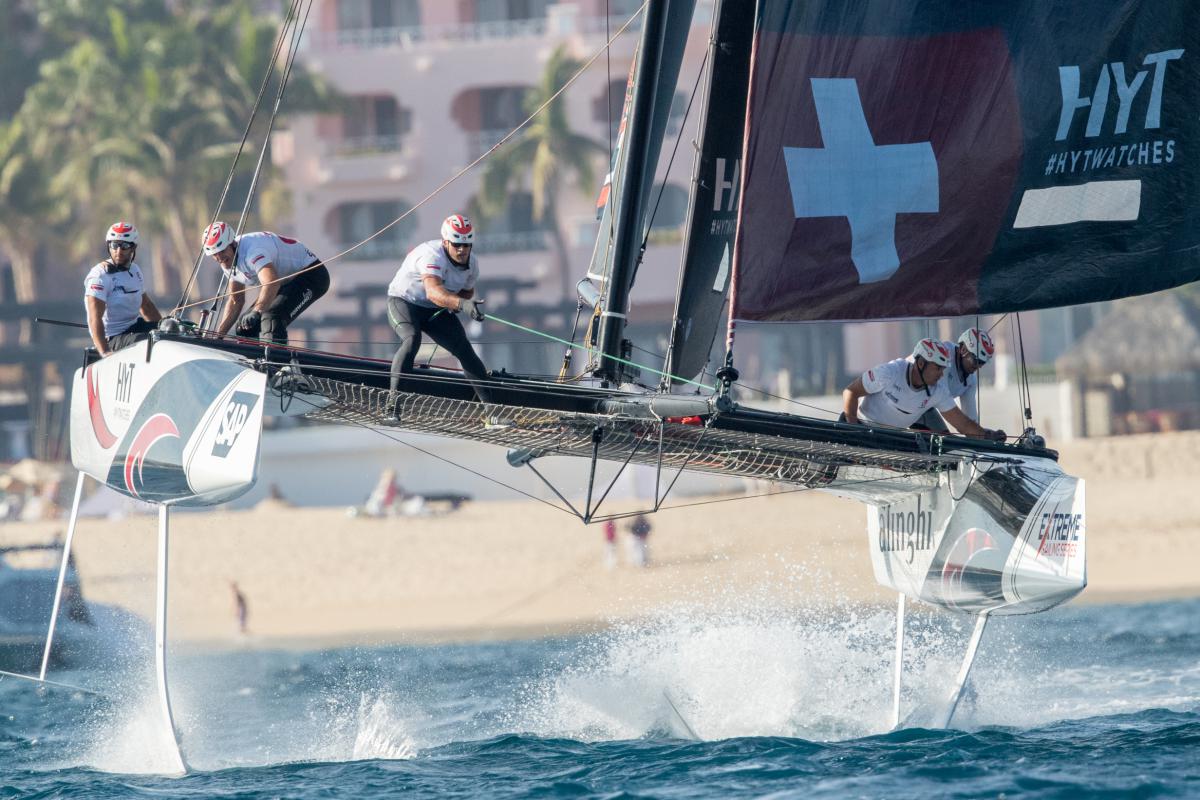 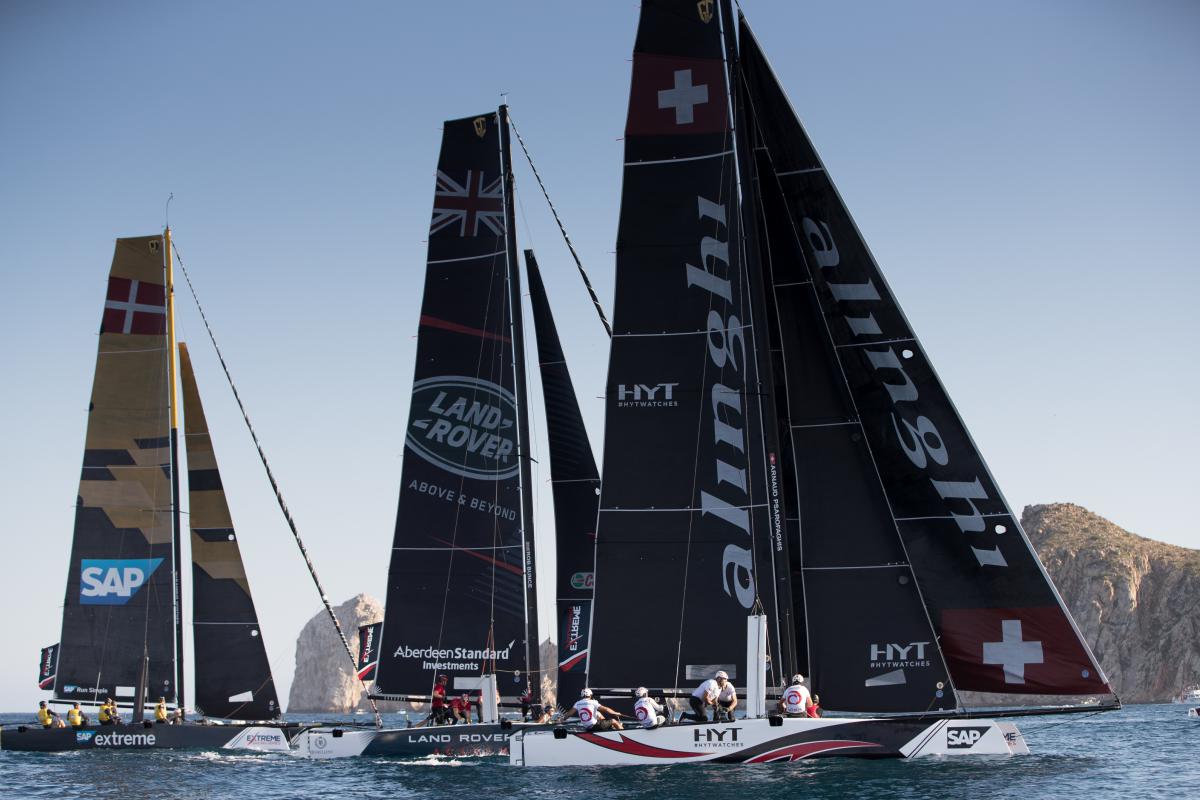 Six races were launched in five to 15 knots of wind. Alinghi recorded five podium finishes and a race win: In the opinion of Nils Frei, it was a "correct day" for the team, which lies in 2nd position, between Oman, who lead the event, and SAP, two points behind.

"With this westerly wind and the position of the race zone close to the shore, we had some tricky conditions. It meant there were lots of changes in terms of the force and direction of the wind, making race management difficult. It must be admitted that Oman Air sailed very well. With their five second places and a win, they claimed a lead of a few points, but it's still tight and of course there are three days left with plenty of points to fight for.

"And, frankly, it wasn't that they were faster than us or performed better manoeuvres. They were just more consistent. On our side, we dropped a few points because of some bad decisions. We didn't have total success on some crosses with the opponents either, so overall we can say that we're moderately happy tonight.

"As for SAP behind us, they had a last place finish that cost them a lot of points. Honestly, though, I don't think they're deliberately aiming for third place [which would be enough to secure them the title]. The rankings can change so quickly, that they and everyone has to aim for the win every time."

The action will resume tomorrow at 2pm local time (UTC-7 = 8 hours behind Swiss time), which you can follow live or on demand by clicking here.