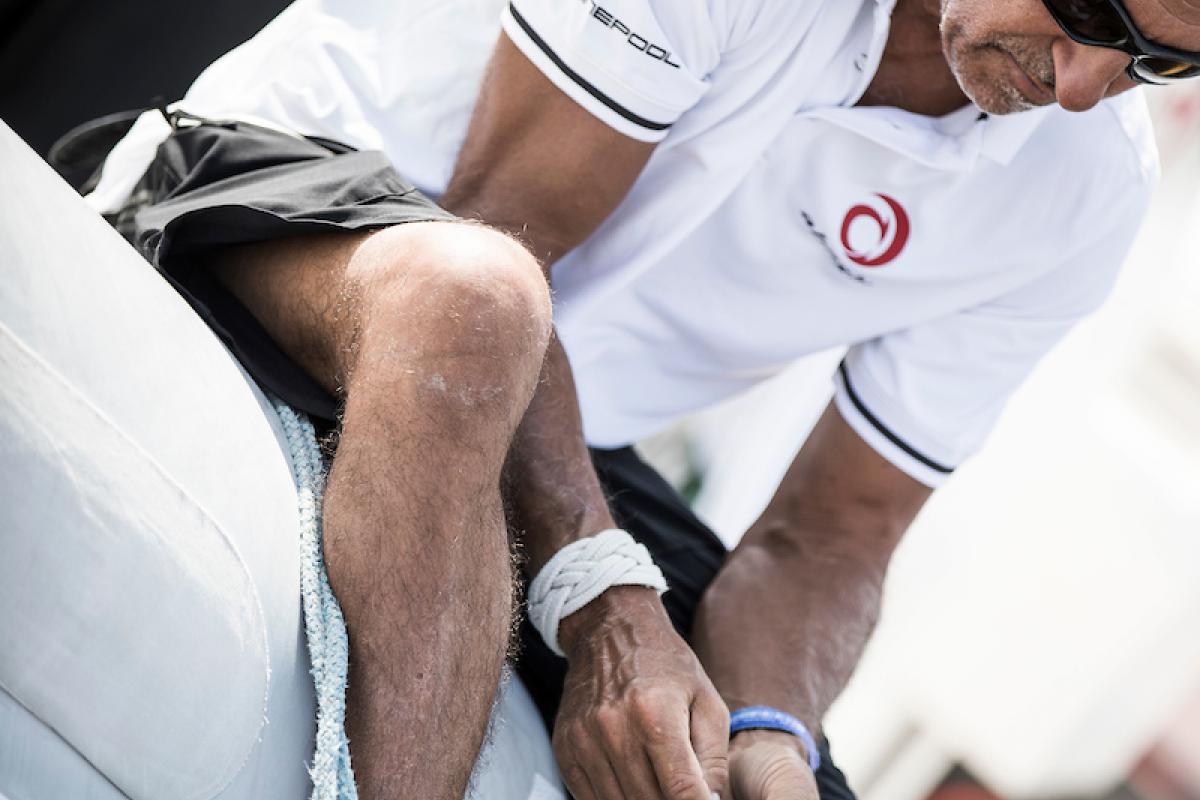 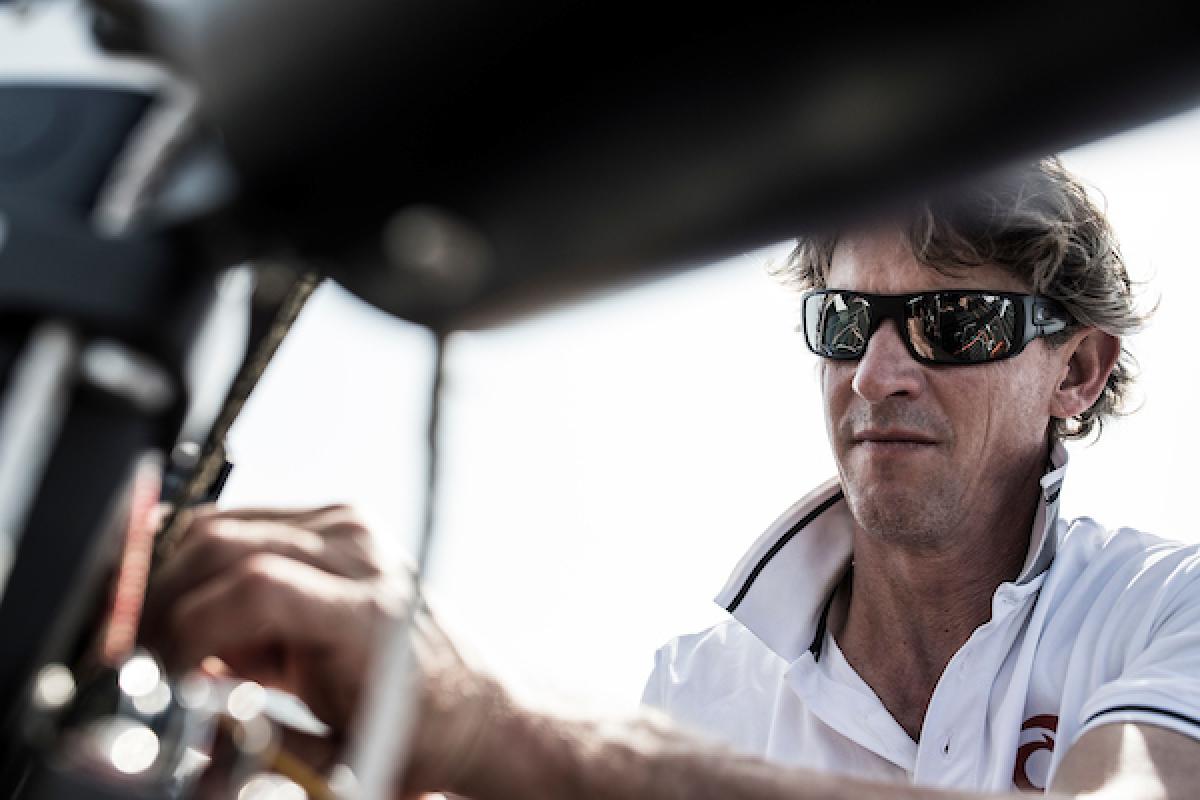 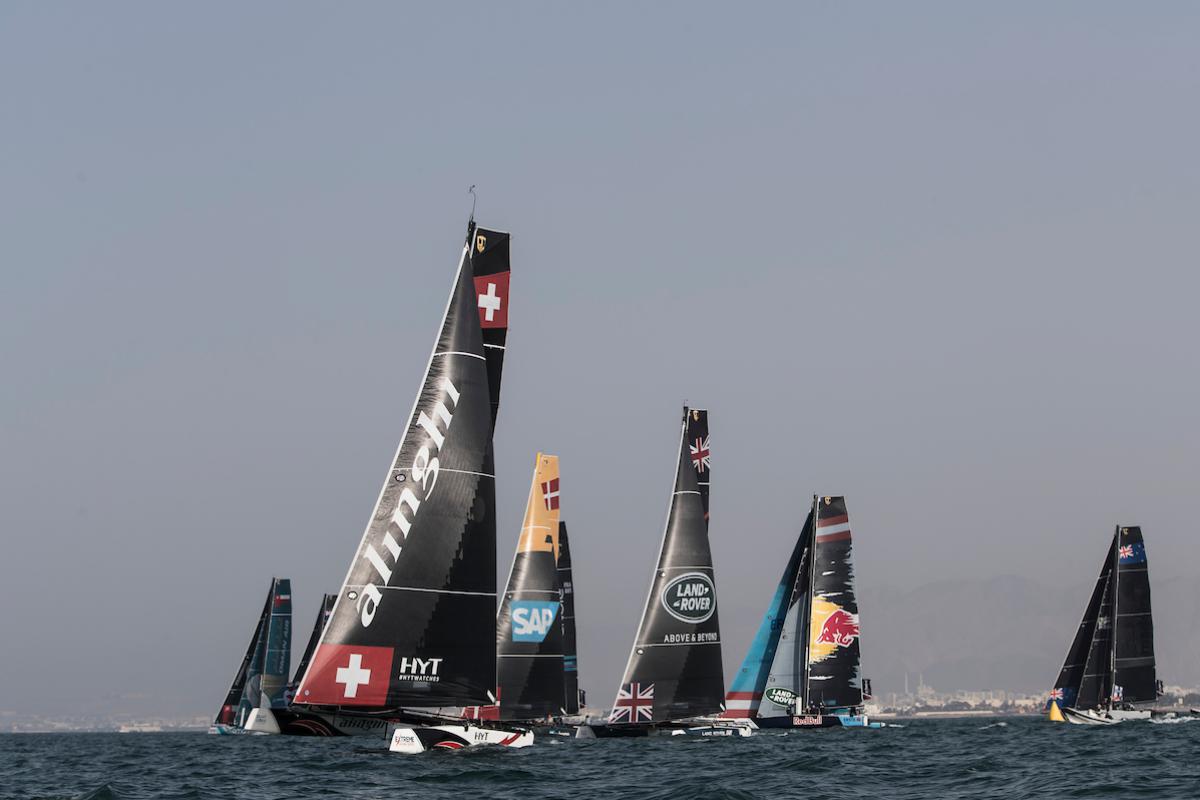 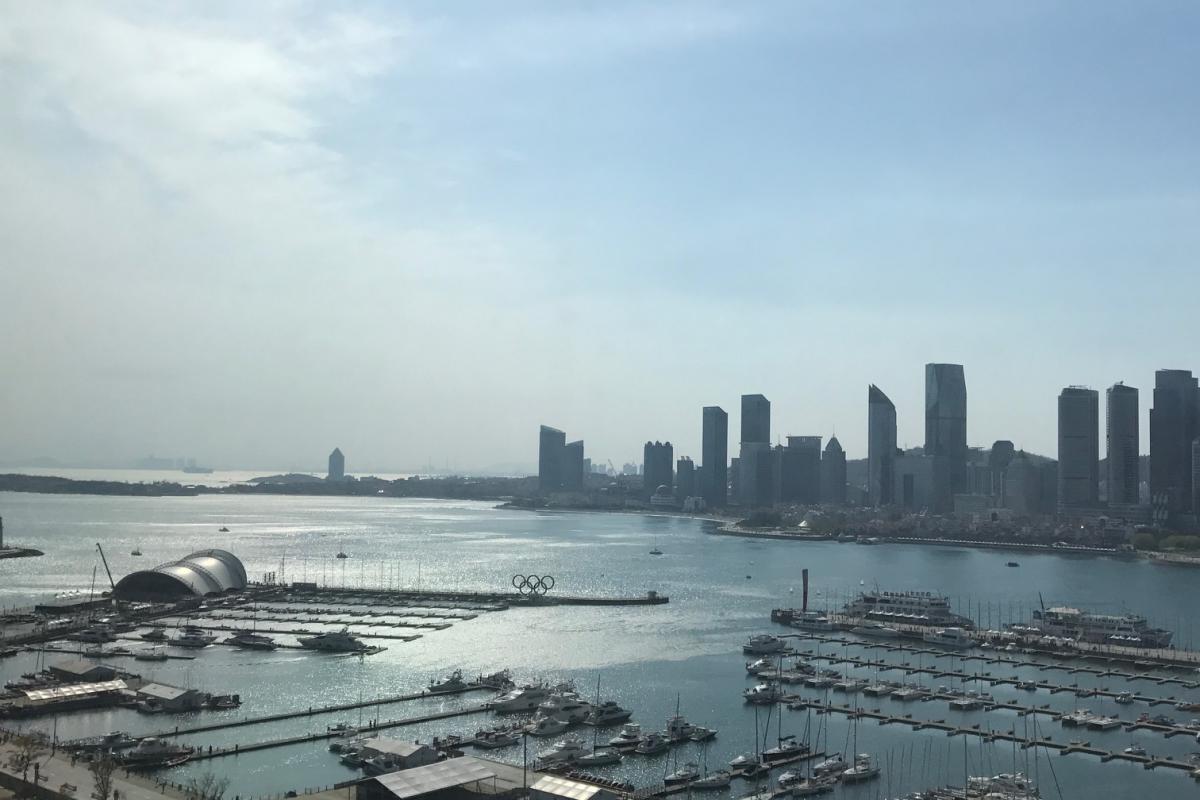 T-minus two days until the start of the second Act of the 2017 Extreme Sailing Series™, which will take place in China from Friday 28 April to Monday 1 May.

For the seventh consecutive year, Qingdao – the host city for sailing in the 2008 Beijing Olympics – will welcome the ESS fleet. It's a place that holds happy memories for Alinghi's tactician, Nicolas Charbonnier, who won bronze in the 470 series in those 2008 games.

Alinghi's bowman, Yves Detrey, echoes the opinion of all who have sailed in Fushan Bay when he says: "Here everything and anything can happen. With the skyscrapers framing the bay making for a very variable wind, the watchword has to be adaptability. During open-water regattas (outside the bay), we have to deal with the current, while in 'stadium racing' mode (very close to the shore and to the public), whether the wind is weak or strong, the water is very disturbed anyway. Having won the event last year, we know that we are able to adapt here and do what we need to do whatever the conditions. This week, our goal is clear: win! After our 2nd place in Oman a month ago, we are keen to go one better and take the lead in the overall standings after this stage."

Adapt on the water, but not just there...

Yves Detrey: "Two factors have disrupted our preparation for this Act. The first, logistical, does not concern us too much, especially since every team is in the same situation. The containers carrying boats and equipment were delayed by two days, leaving us less time than usual to carry out the assembly and to launch the GC32 and the semi-rigid. But, as I said, with all teams facing the same issue and with us not having big work to do on our boat, we can certainly cope.

"The second disruptive factor is a bit more of a pain, especially for Nils. Our iconic trimmer has, unfortunately, broken his foot, an injury suffered in mid-April. We've brought the young and experienced Bryan Mettraux on board to replace him. Given the similarities in terms of Nils's and Bryan's abilities, this change won't have an

impact in terms of individual performance, but what we all need to focus on as a team is how we communicate, which is of all importance. That's why we will be doing a double-training session to make sure we all know our lines.

"Fortunately, Bryan is a veteran trimmer with Realteam, who races these boats on the GC32 Racing Tour and we all met in Switzerland last week to review the "who does what" on the various manoeuvres."

Bryan Mettraux was practically born on a boat. After three years of Optimist and three years of 420, he joined the Centre d'Entraînement à la Régate (Geneva) in 2008 to sail on the Tour de France of Sailing and on the Décision 35 circuit. For the following three seasons he sailed with Team Realstone (D35 & Extreme 40), then for two seasons with Team Tilt (D35 & GC32). Now 27, he is racing with Realteam on the GC32 tour, training that team for their D35 sailing, and working as a shipbuilder in the winter at the Philippe Durr shipyard. Undoubtedly his experience, power and height – 6ft'4, or 1.95m – will be valuable assets for Alinghi.

Bryan Mettraux said: "I'm looking forward to sailing with the Alinghi team. I have already sailed a lot with Arnaud and I know the position, so I have no particular apprehensions. I just have to adapt as quickly as possible to the peculiarities of the crew work during our one day of training on Thursday. "

What: "The Extreme Sailing Series™ Act 2, Qingdao, Mazarin Cup", second Act of the 2017 Extreme Sailing Series™, which comprises eight events, in eight host cities on three continents.
Who: Seven international teams, each composed of five sailors
Where: Qingdao, China (on the east coast, between Beijing and Shanghai)
When: Between Friday 28th April and Monday 1st May
How: Teams compete over short and fast courses in front of the public aboard a 32ft flying, foiling catamaran: the GC32

Follow the action
Follow the Alinghi Team from the 28th of April to 1st of May (up to 10 races each afternoon – but be aware of time difference : GMT + 8 hours, + 6 hours compared to Swiss time):