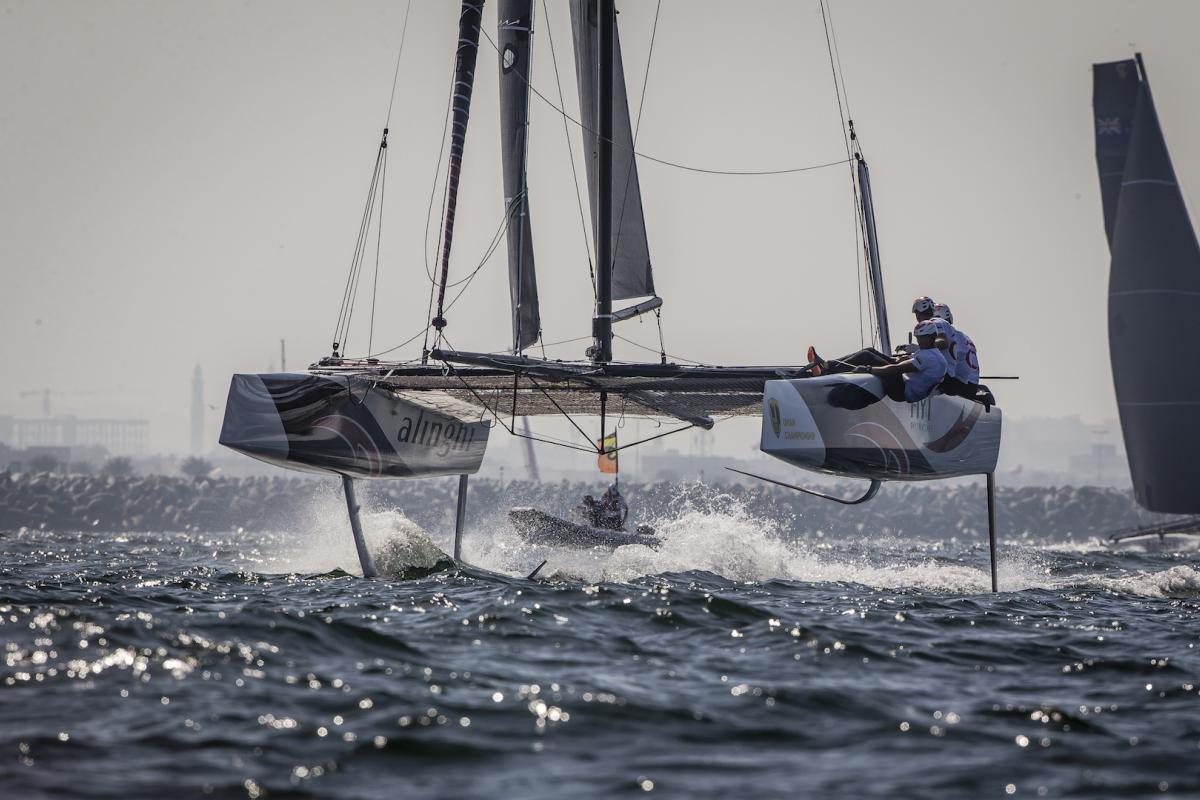 What: International Extreme Sailing Series™ with eight events in eight host cities on three continents
Who: Seven international teams composed usually of a crew of five (if a female sailor is on board, teams are allowed to go to six)
Where: Act 1: Muscat (Oman), Event 2: GC32 World Championship in Riva del Garda (Italy), Act 3: Barcelona (Spain), Act 4: Portugal, Act 5 : Cardiff (United Kingdom), Act 6: San Diego (USA), Act 7: Los Cabos (Mexico)
When: March to December 2018 (click here to view the annual calendar)
How: The teams compete in short format races in front of the public, on a 32ft catamaran with foils: The GC32

There are a number of ways you can follow the team during all of the eight stages, each of which includes four days of competition (up to 10 races each afternoon - Watch out for the time difference depending on the event location!).

On the Internet, via the home page of alinghi.com and extremesailingseries.com
> Modeled races in 3D from the 1st to the 4th day of the competition
> Regattas broadcast live on the 3rd and 4th days (generally from 2pm local time until the end of the races)
> Replay available at the end of the races by clicking here

To find out more: extremesailingseries.com