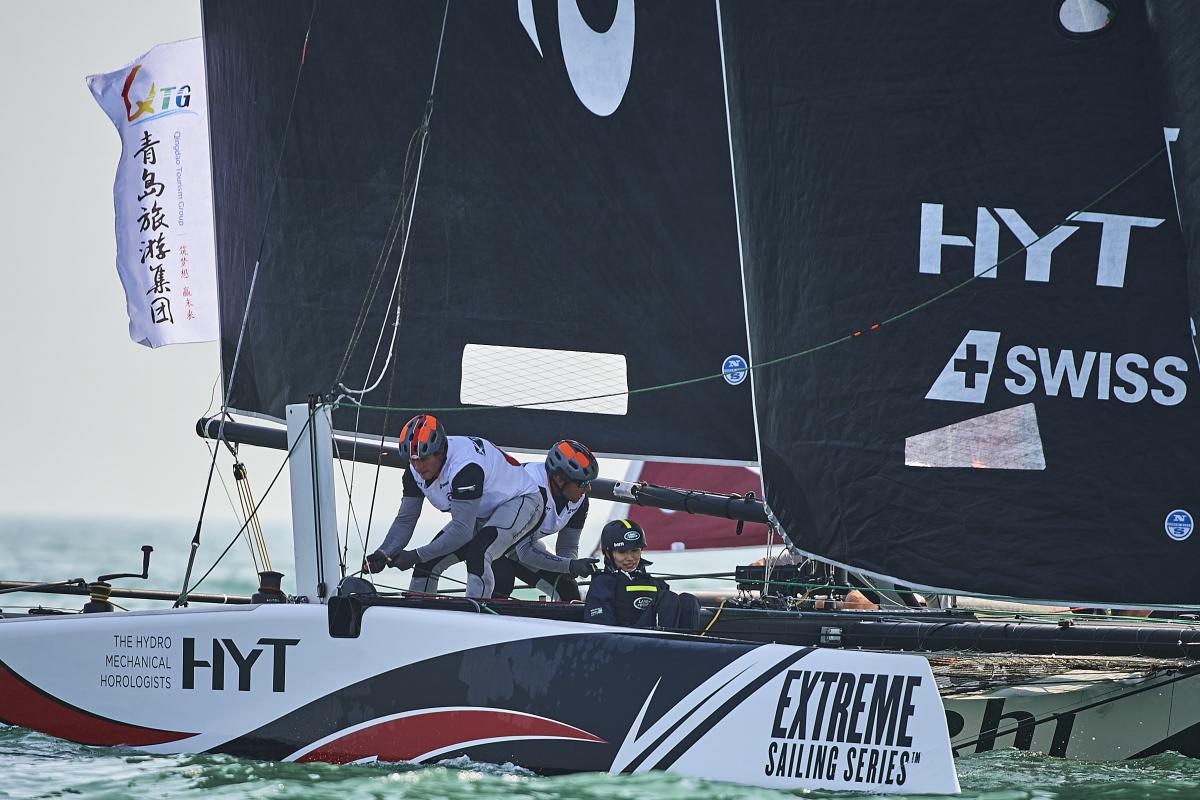 The Extreme Sailing Series Act 2 started today in Qingdao, China, with very light wind conditions allowing only one race to be sailed and that after a 50 minutes postponement. During this race, Alinghi rapidly took the lead and kept it nearly until the end. It was only during the last run, with the  winds dying and becoming patchy, that Alinghi were overtaken, falling to third, a position they kept after rounding the bottom gates and crossing the line behind BAR in first and Sail Portugal in second.