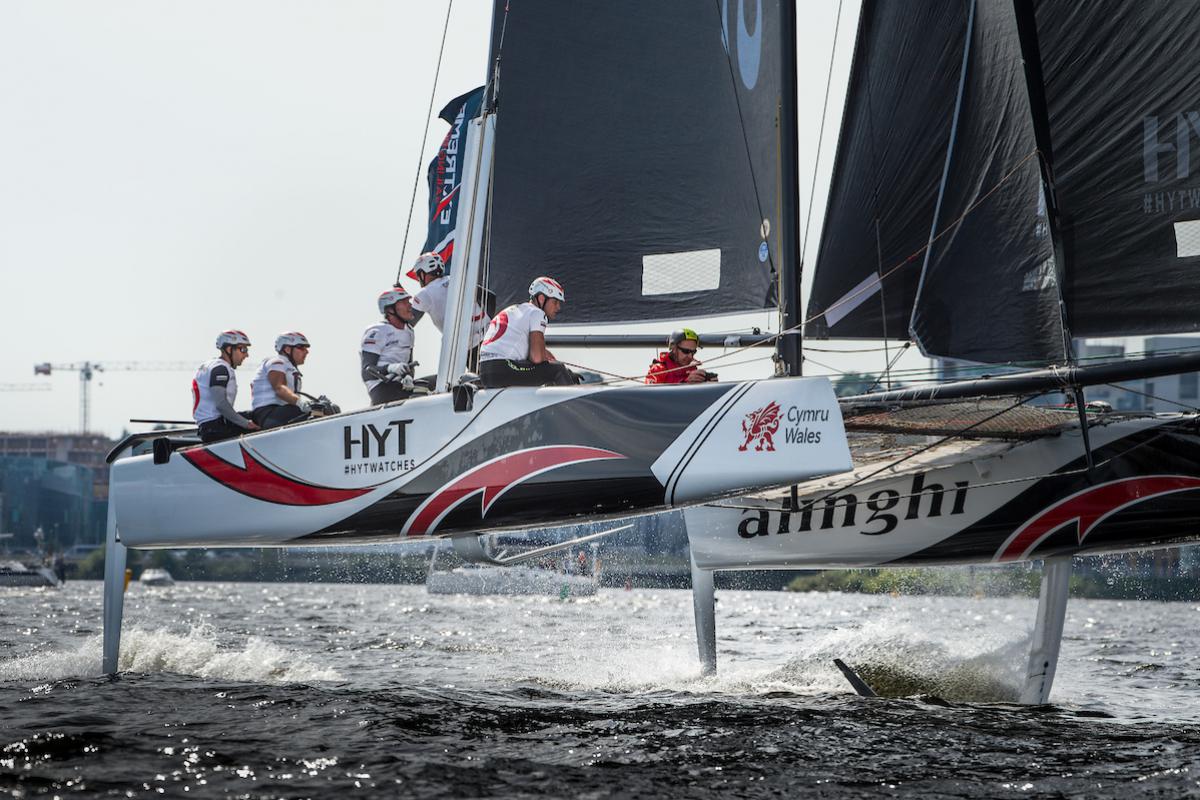 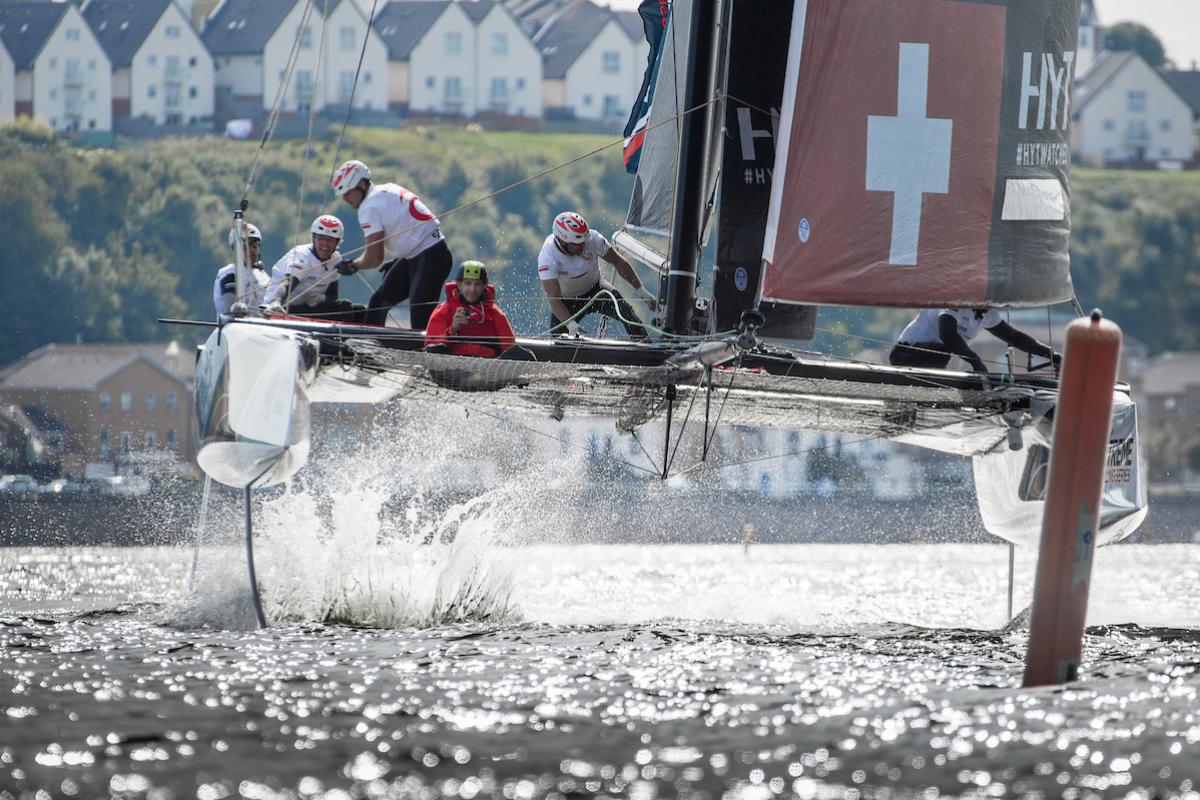 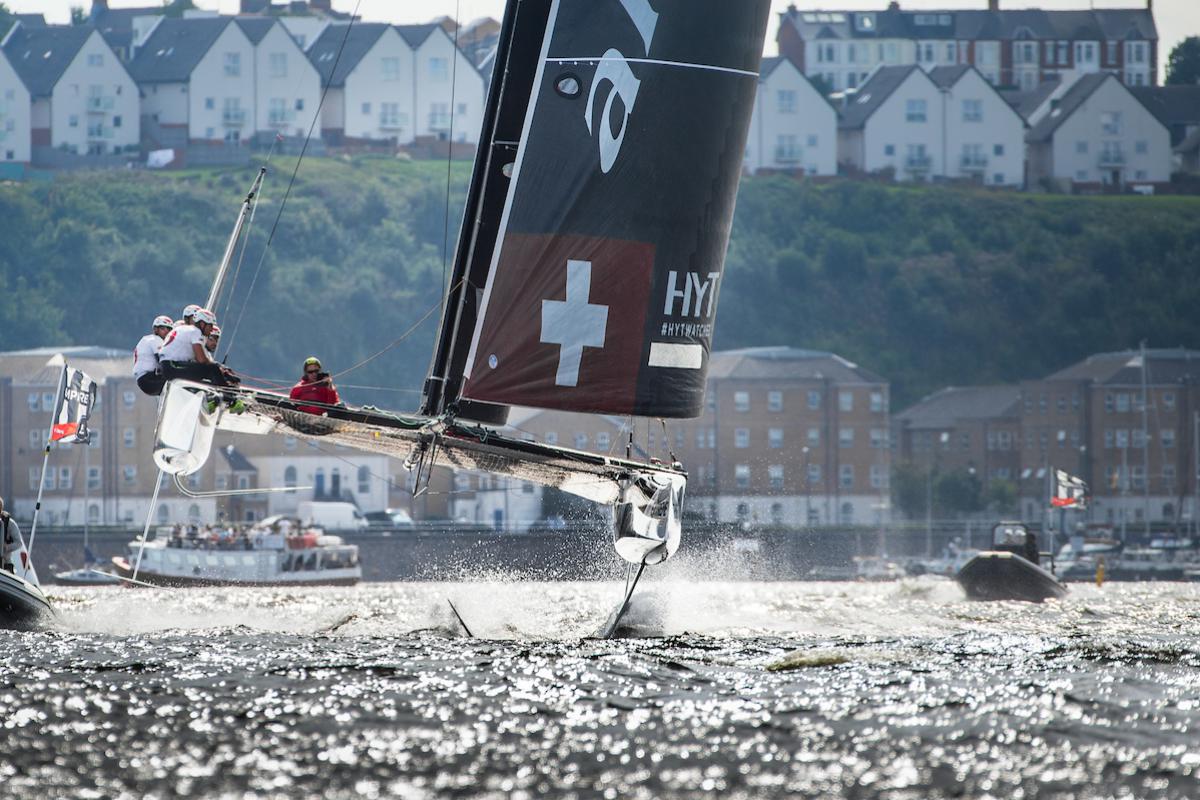 Six races were run today in Cardiff Bay, with a tricky wind in both strength and direction, but one that made it possible to get up to nice speed and finally, get up on to the foils.

What about the ranking?
Alinghi won two races, SAP Extreme Sailing Team the same.
Alinghi recorded a third place, two fourth places, but then so did SAP!
As it stands yet, SAP lies just four small points ahead at the half-way stage in Wales.
The difference between the two? Knots in the gennaker sheet around the winch which caused trouble for the Swiss during a tack on race 5, causing them to finish in the last position. At this level, every detail counts.
However, two days remain to build upon a good start and close a small points gap.

Nicolas Charbonnier, tactician:
"We had some really good races, we had some others when we struggled a little bit more, but we are still in the game and I feel like we are sailing well, the team is working well together, we are happy to sail together in Cardiff so it's a good day.

Regarding the big lead in the two races won today, he said: "We had a really good start with a good strategy and then when you are sailing ahead of the other guys, it makes a lot of things easier, but we will have to do even better to come back in the next races."

Click here to watch the interview with Nicolas in its entirety.

See you tomorrow from 3pm (local time) for the continuation of this competition, which you can also follow live (video & 3D graphics) by clicking here.