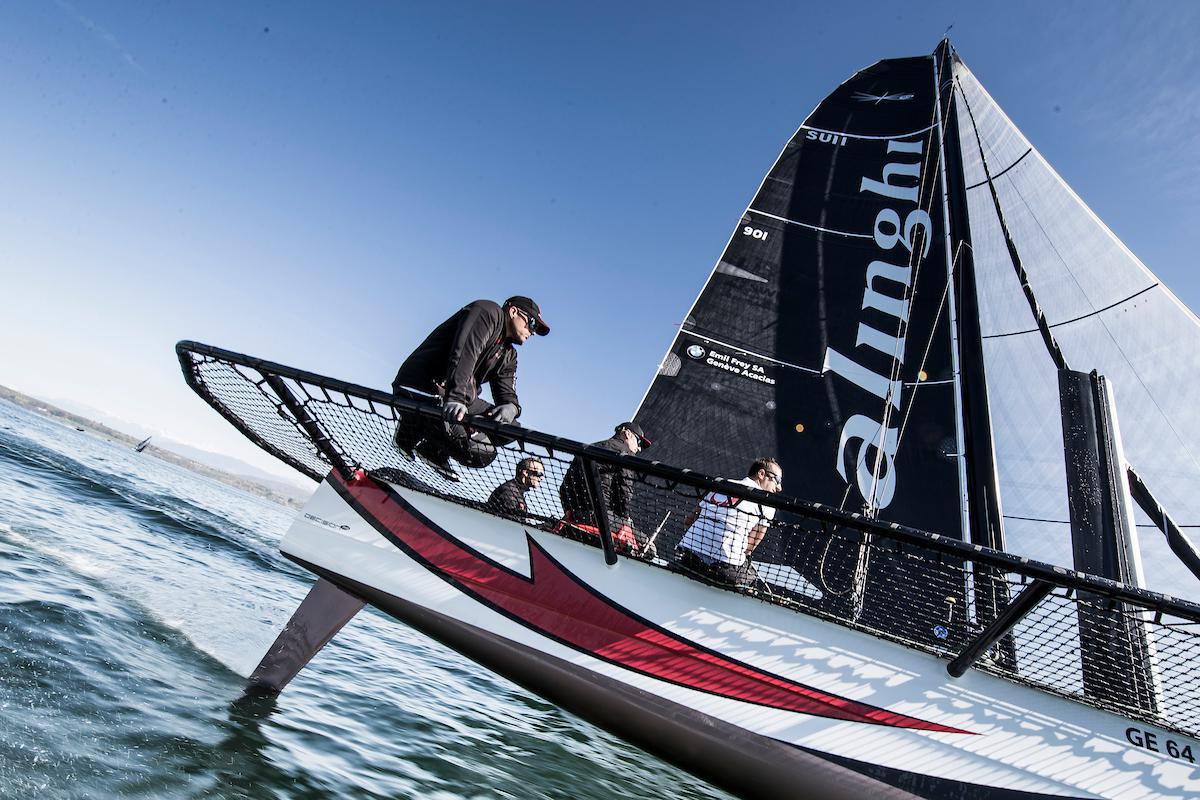 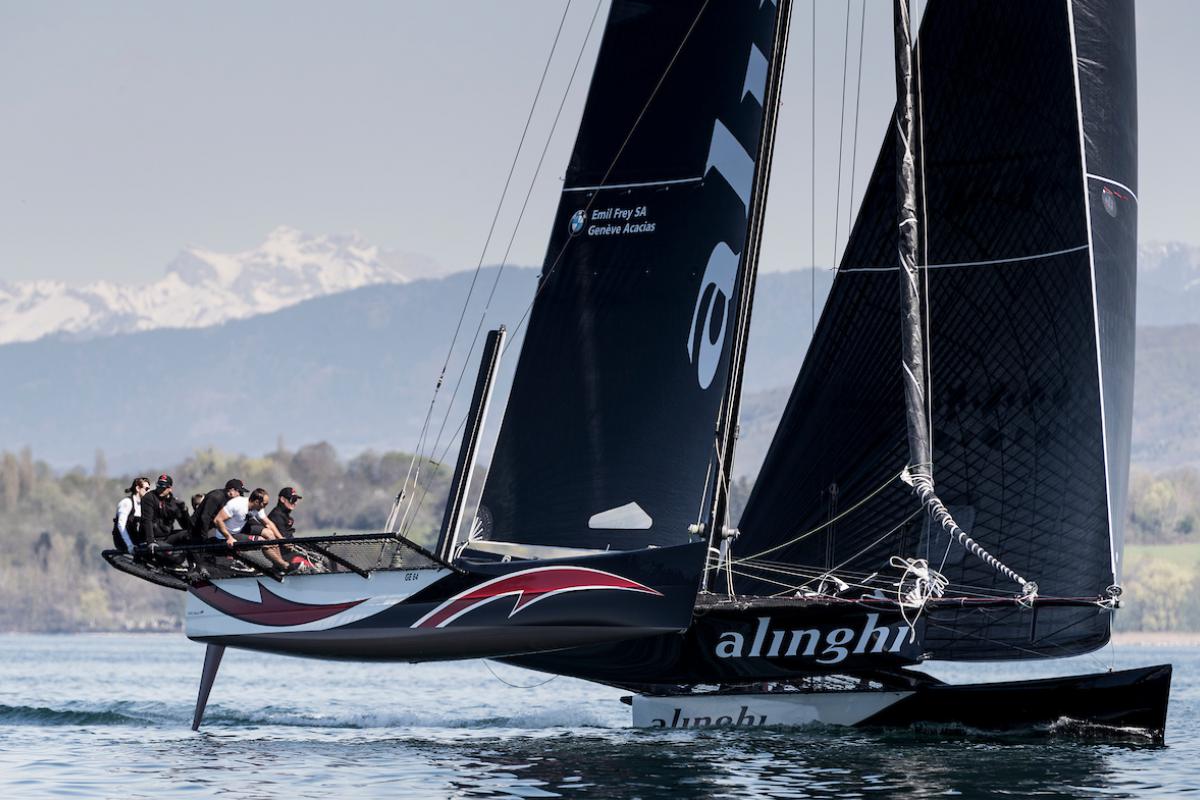 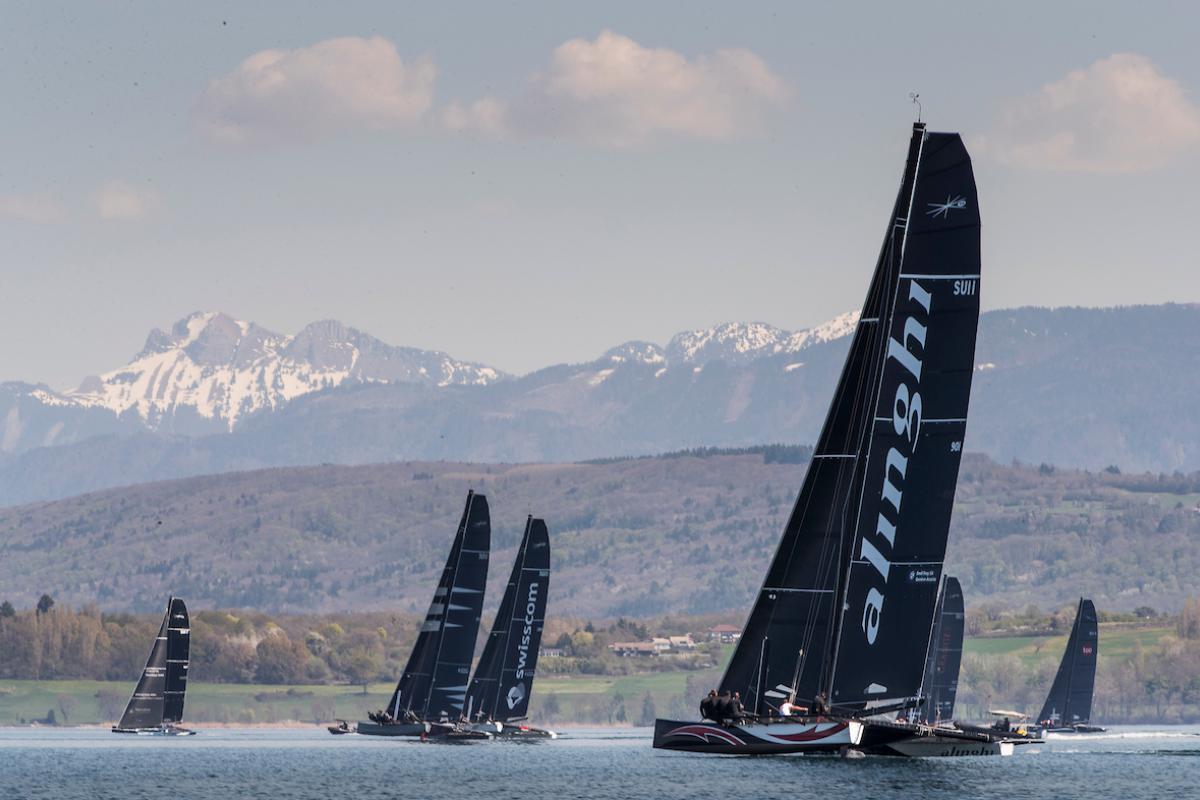 What: Décision 35 (‘D35’) multihull championship, sailed exclusively on Lake Geneva in Switzerland. The 2018 D35 Trophy comprises eight events: six Grand Prix and two ‘lémanique’ classics, the Genève-Rolle-Genève and the Bol d'Or Mirabaud.
Who: Nine teams with a crew of between five and seven (there is a team weight limit of 480kg, except for the Genève-Rolle-Genève and the Bol d'Or Mirabaud)
Where: Lake Geneva (Lac Léman)
When: From May to September (click here to view the calendar)
How: For the six Grand Prix, the teams compete in a number of races, each of which last about half an hour, around a course marked by buoys. For the two Lémanique classics, the teams follow courses along the lake’s shore, racing to round a mark and then back to finish where they had begun the race.

Follow the action
You can keep-up with the racing, with up to six races per day in the Grand Prix by:

On Twitter @teamalinghi
> Updates after each race, as well as photos and video clips

*Temporary changes to the crew
- For the Bol d'Or Mirabaud (raced without constraints on total crew weight), Pierre-Yves Jorand was the team’s floater
- For the Open du Yacht Club and the Alinghi Grand Prix in Crans, Nils Frei (groin injury) was replaced by Arnaud Psarofaghis as frontsail trimmer and Pierre-Yves Jorand as mainsail trimmer
- For the Realstone Grand Prix, Nils Frei (groin injury) was replaced by Bryan Mettraux as frontsail trimmer.