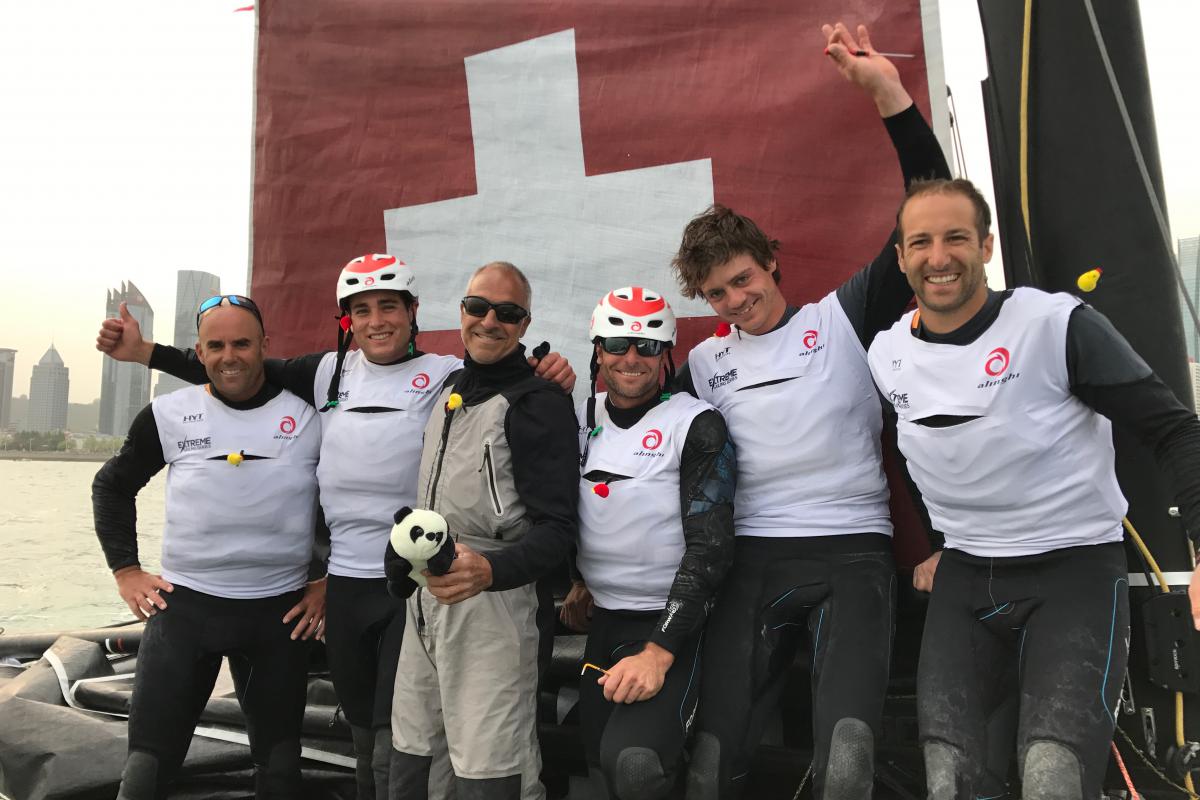 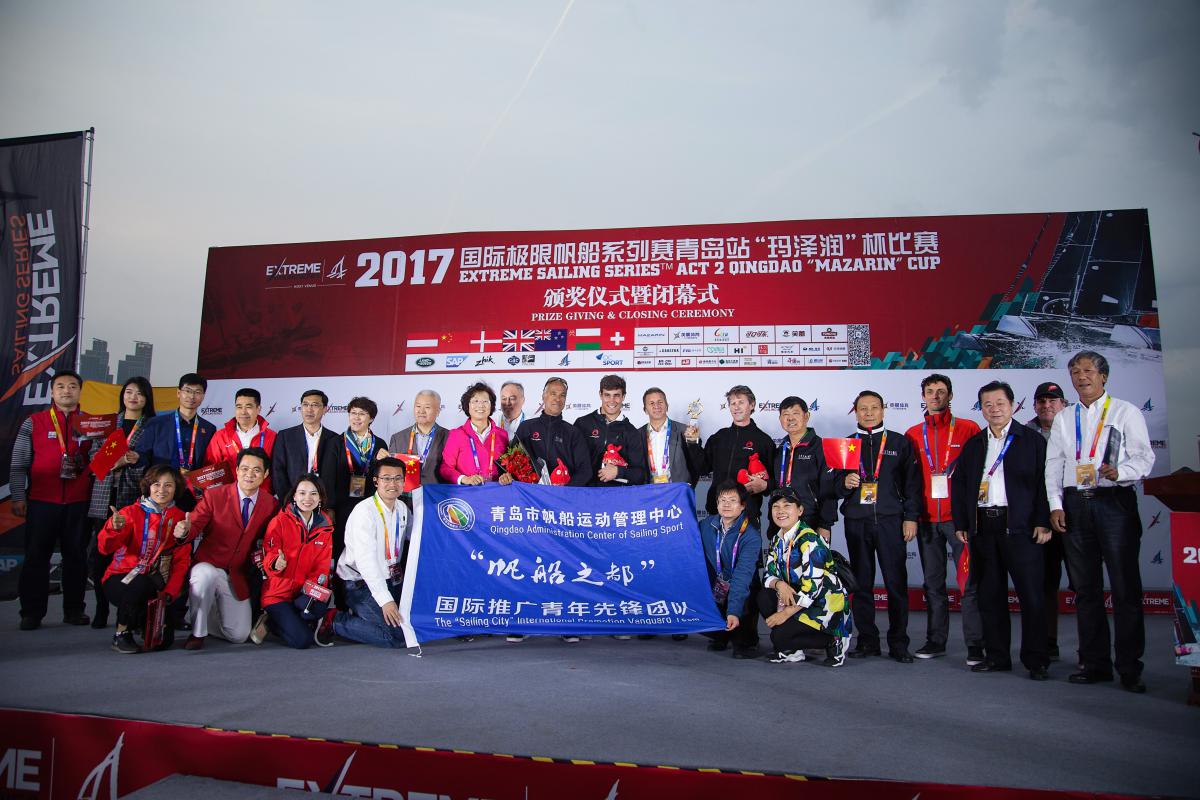 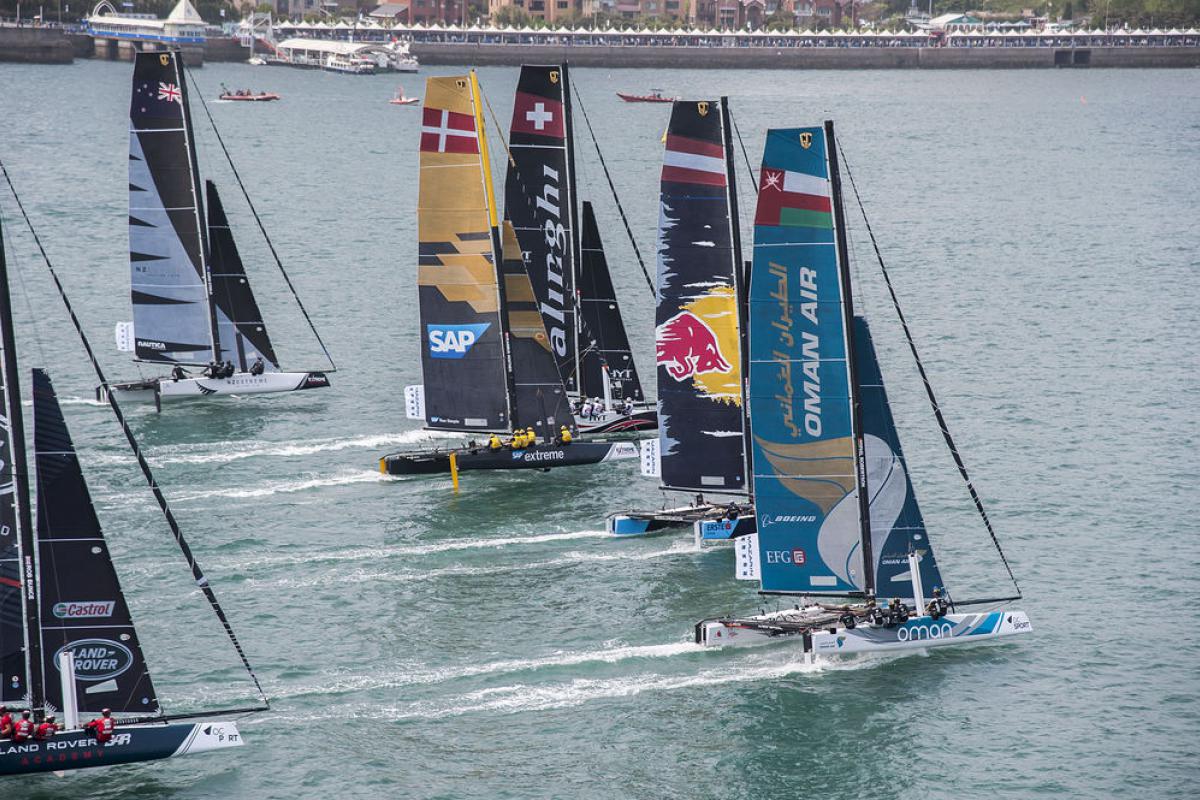 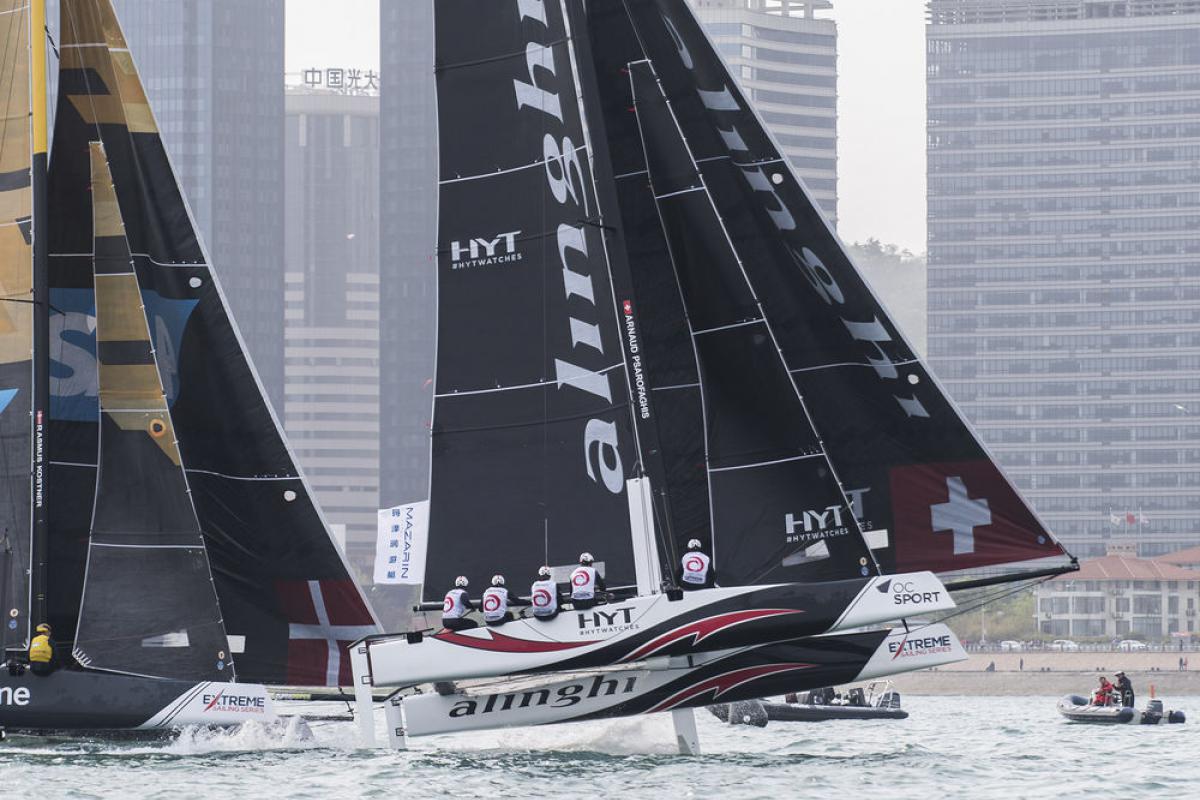 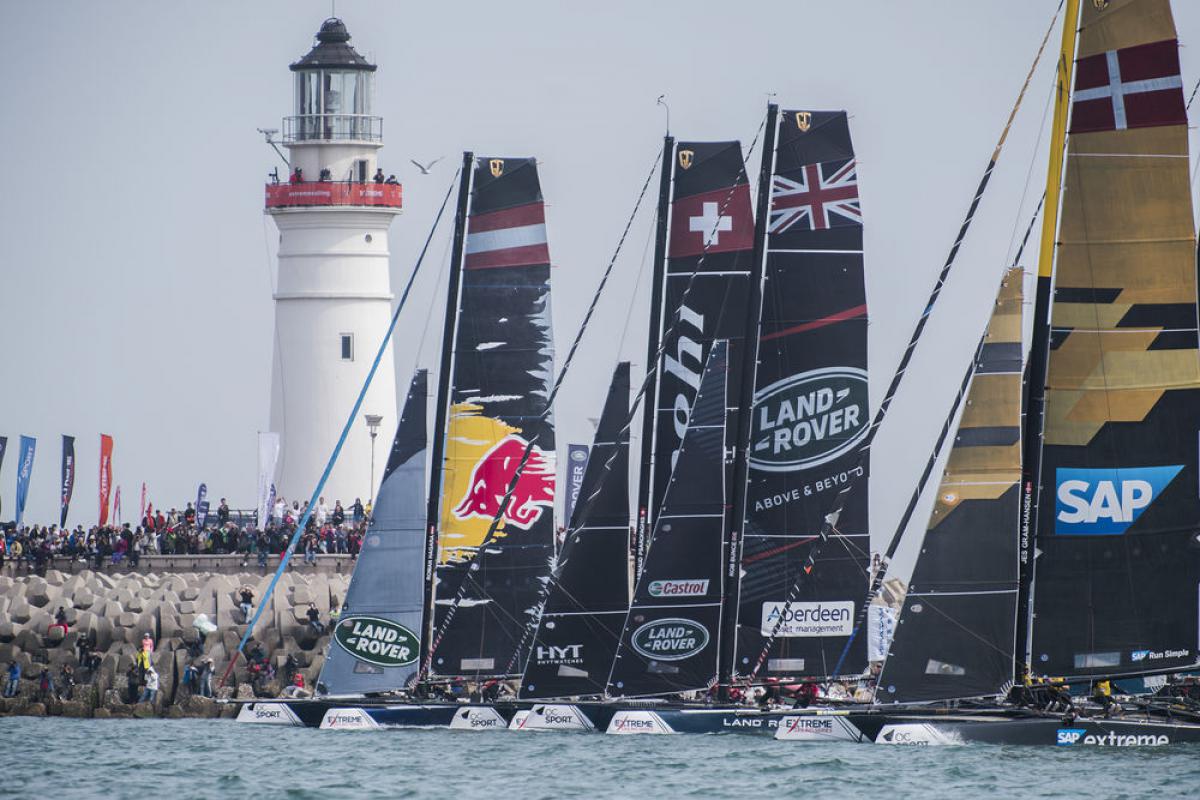 After having tasted success in 2014 and 2016, this year's performance confirms that Qingdao's Fushan Bay and its variable conditions appeal to Alinghi's sailors. Could that be, perhaps, because of their schooling on Lake Geneva, where it's an imperative that one is able to adapt to changes in wind speed speed and direction?

Whatever the reason, the team sealed the deal today in China, securing the win having been in the leading position from the first day. With the victory, Alinghi also moved into first place in the Series' standings, with previous leader, SAP Extreme Sailing Team, recording a fourth place this weekend.

Follow this link to the Alinghi facebook page to see comments, hot off the press, from the team, as they discuss the regatta as they return their GC32 to the dock.

A beautiful finish
With a dozen knots of medium wind, which peaked at 18 knots, the sailing window was exploited to the full today. Seven great races were launched, allowing the GC32s to traverse the bat at full speed in front of thousands of spectators who were enjoying the May 1st holiday.

Xièxie (thank you) & zàijiàn (goodbye) Qingdao. The fleet will be in Madeira from the 29th of June until the 2nd of July for the next Act of the Extreme Sailing Series. In the meantime, we will already see you in few days for the start of the D35 annual championship ! Click here to find out more.