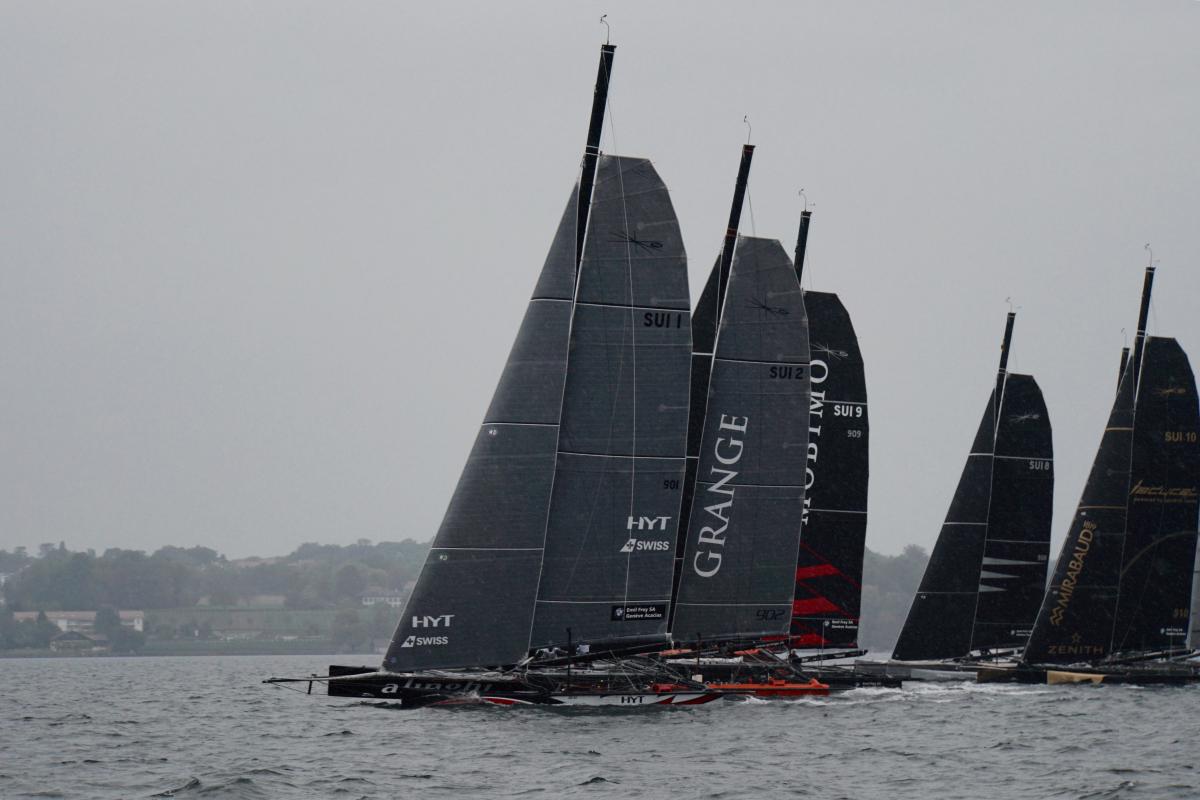 Ernesto Bertarelli’s Alinghi went into Day 2 of the Grand Prix de Société Nautique de Genève in pole position and they made sure of the victory with an assured performance today on Lake Geneva. The day’s first race saw the team finish in fourth place, but there then followed two victories on the spin, which, when coupled with a second place in the last race, meant that the team secured top place on the podium. A great end to the D35 season and a continuation of the team’s great week, following on as it did from the GC32 victory in the Maderia Islands. Well done to all of the teams and roll on next season!

The 2016 D35 Trophy is now over but there are still two acts to come in the Extreme Sailing Series. Don't miss the penultimate act next week in Lisbon!