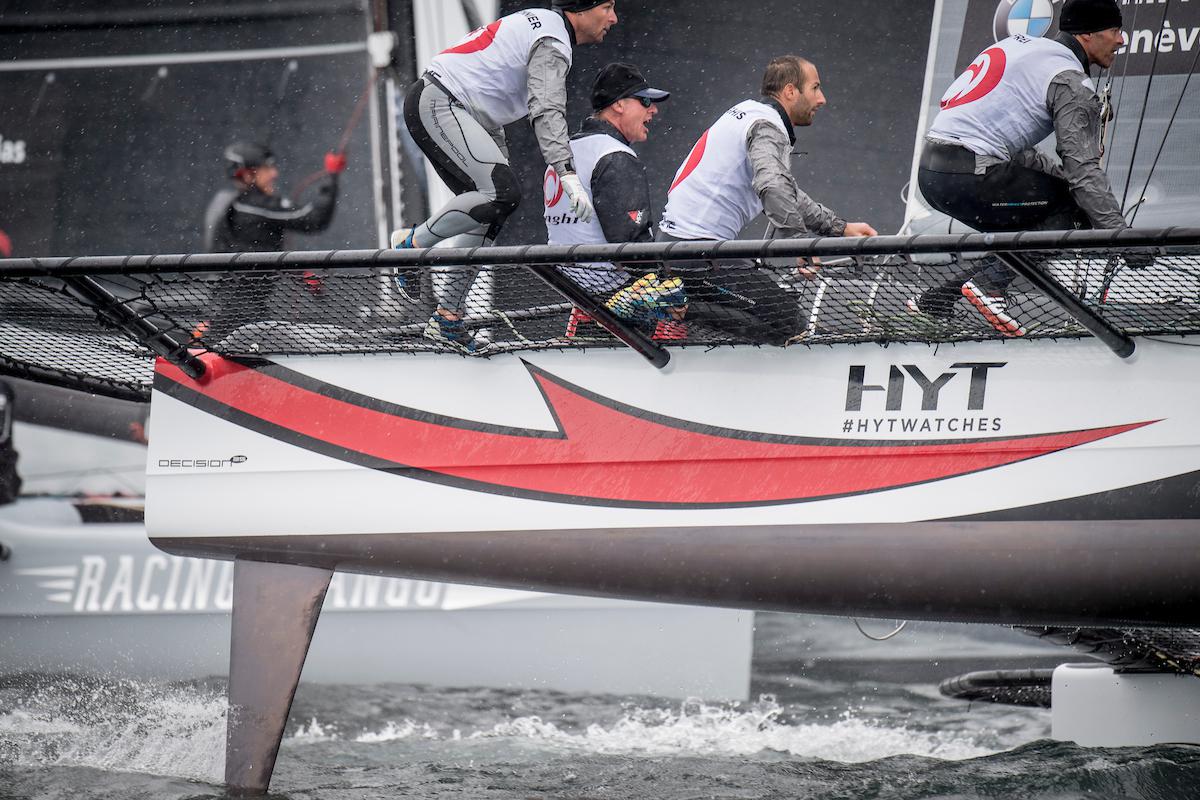 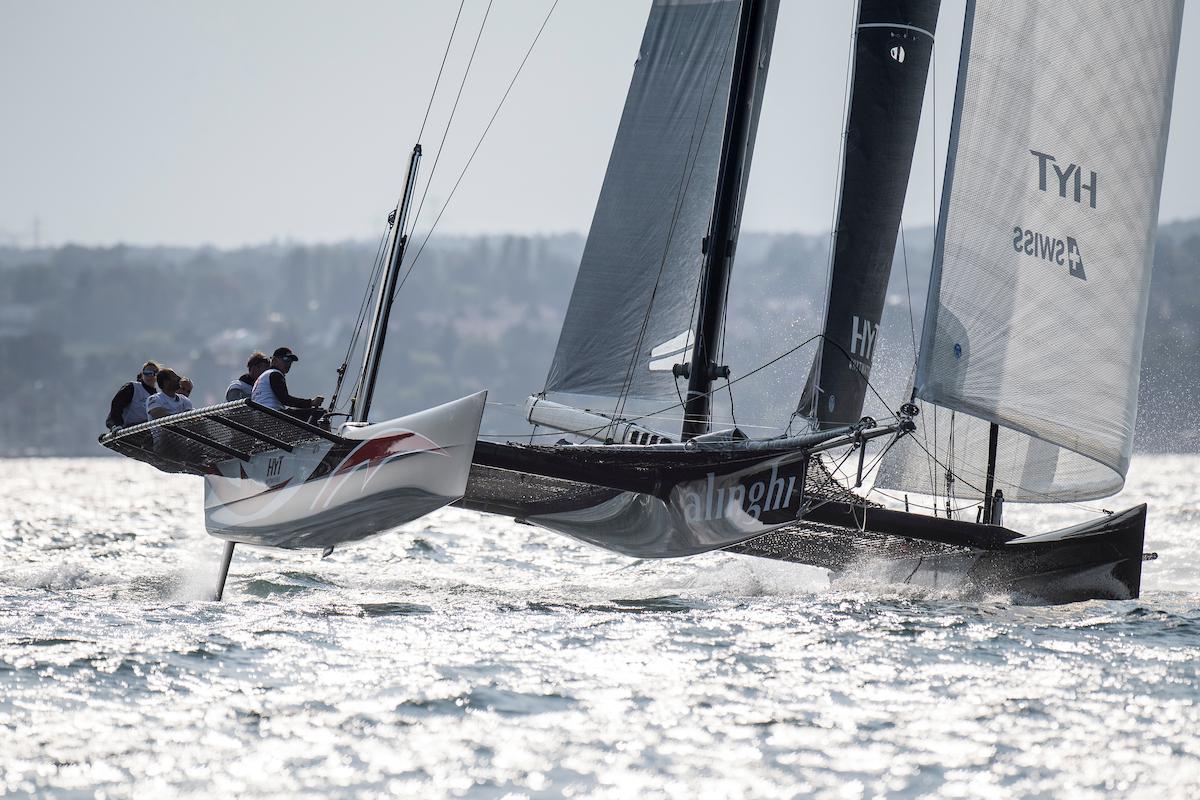 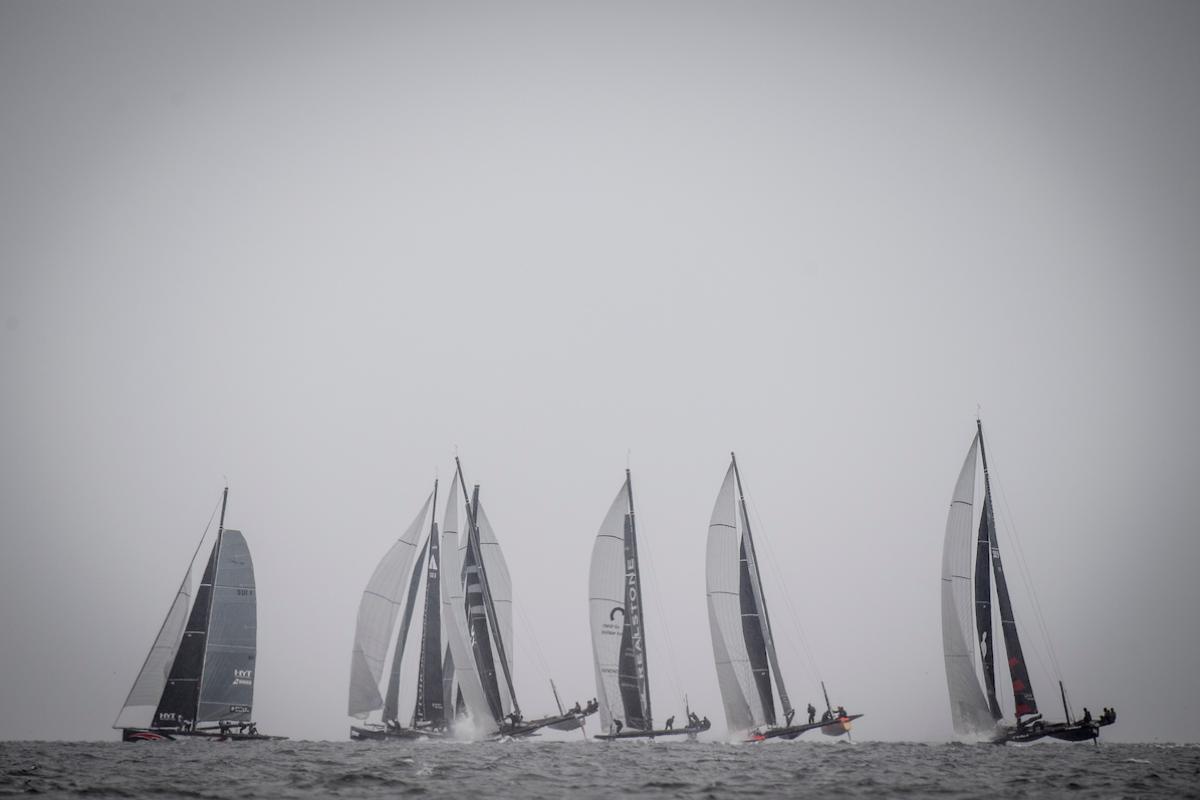 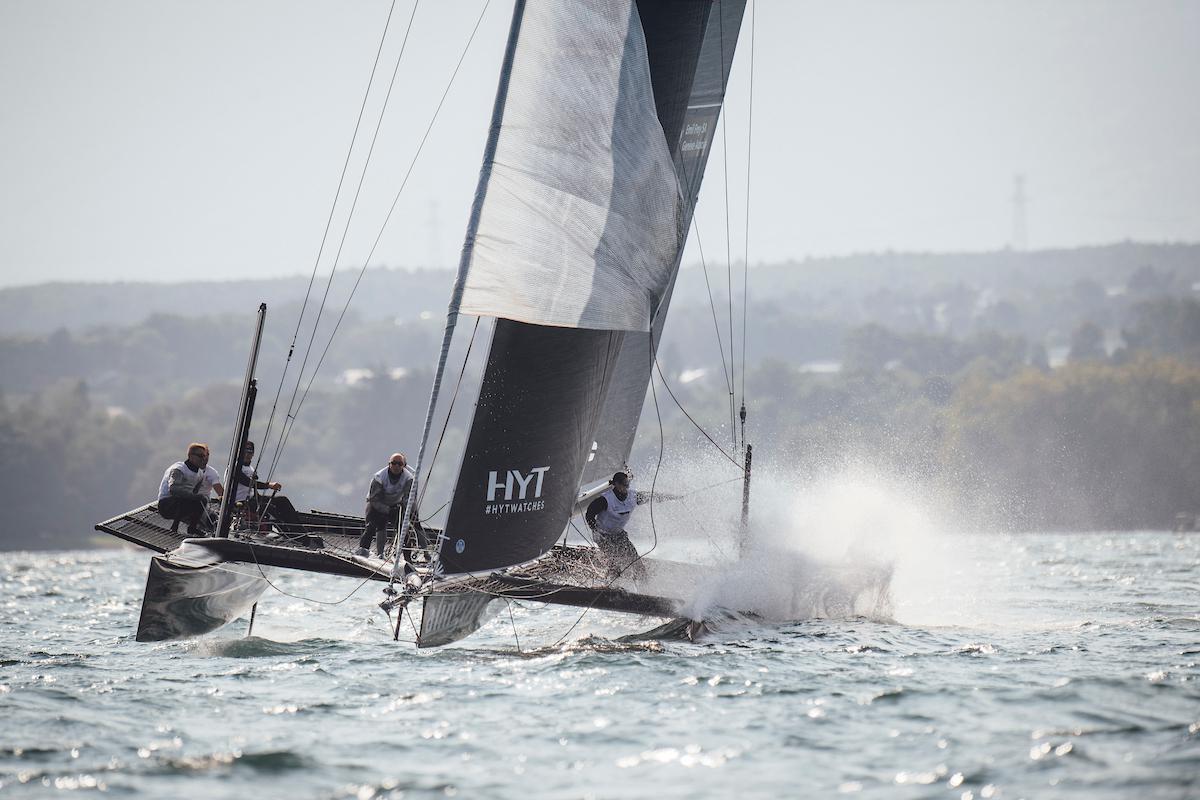 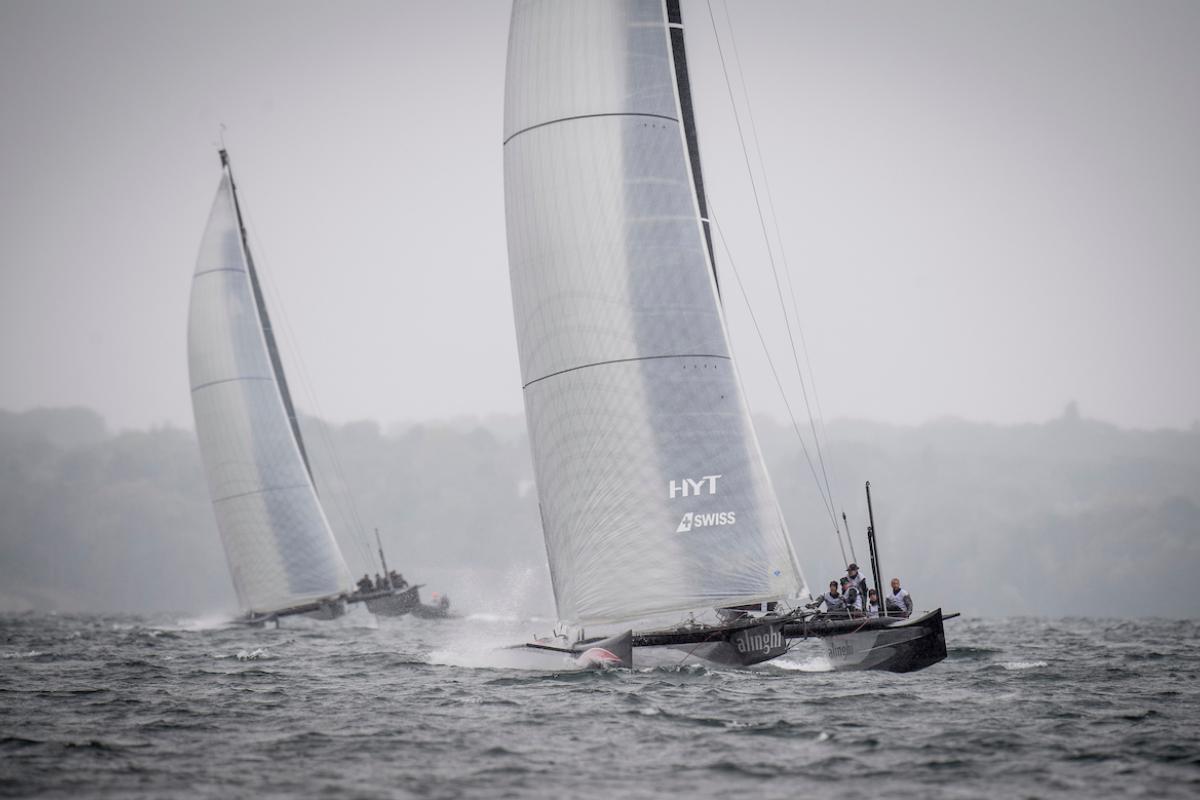 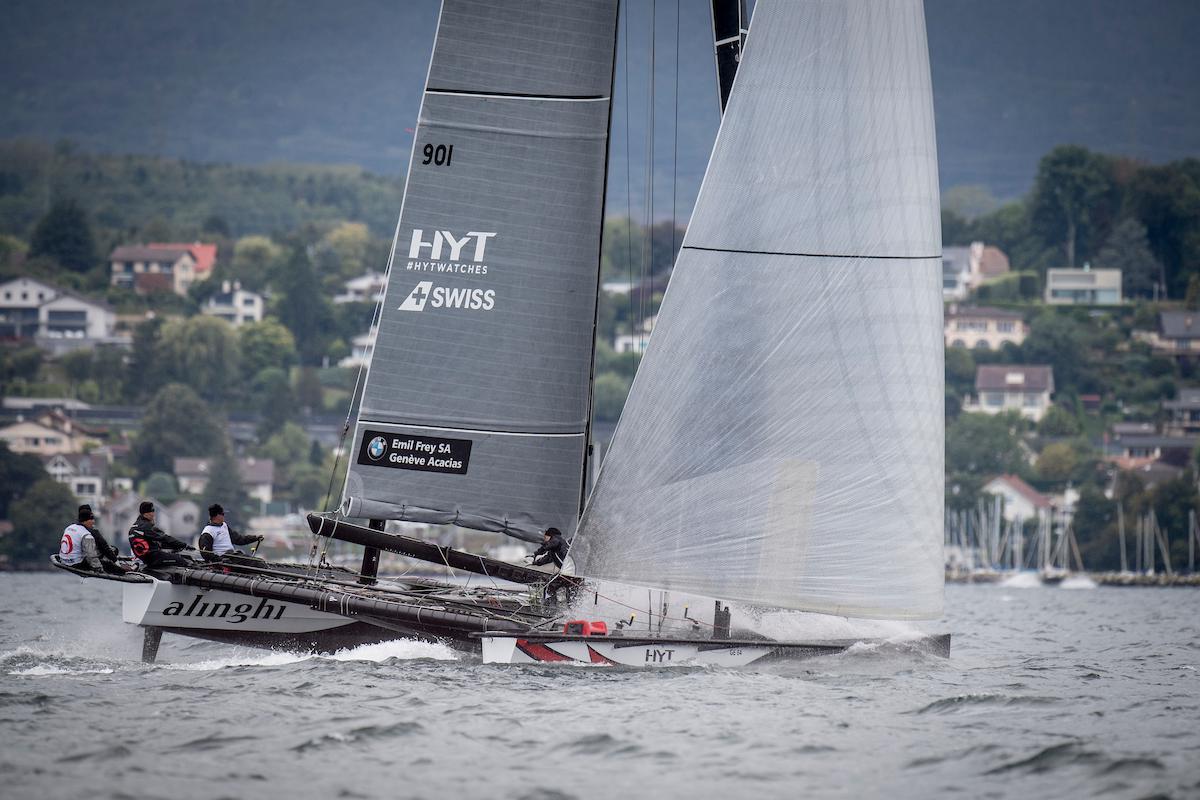 In Formula 1, the tyres are changed when it's raining. In sailing, it's just the crew's clothes that change. Remember, as long as there is wind, a sailor is happy!

After two races yesterday, five races were held today in a steady wind that tested the physicality of the 54 sailors competing in the Alinghi Grand Prix in Crans-près-Céligny.

After a great start to the regatta (a 2nd, three 1st place and a 3rd), Alinghi finished the day with two relatively disappointing results. Ylliam-Comptoir Immobilier took the opportunity to draw level in the overall points position. Six points behind lie Zen Too, with Racing Django a point further back.

Nils Frei, headsail trimmer, summed up the day: "The wind blew continuously between 11 and 18 knots. In a D35, that's hard work. We sailed with a reef in the main for four of the five races. We started the day very well with two wins without a worry. But then, in a more shifty wind, which is typical with the South-West, we experienced many changes in the wind direction, which challenged us and forced us on the back foot. As a result, we are no longer leading alone, but with the tiebreaker rules in place we are at an advantage to Ylliam, having won more races than them

By the way, to practice your French and learn what the word « empannage » means (« gybe » in English), we attempt to explain it at the end of the day interview with Nils and Coraline.

The finale of the Grand Prix Alinghi will be taking place tomorrow between 11:30 and 16:00 on the Lake, in front of the Club Nautique de Crans.