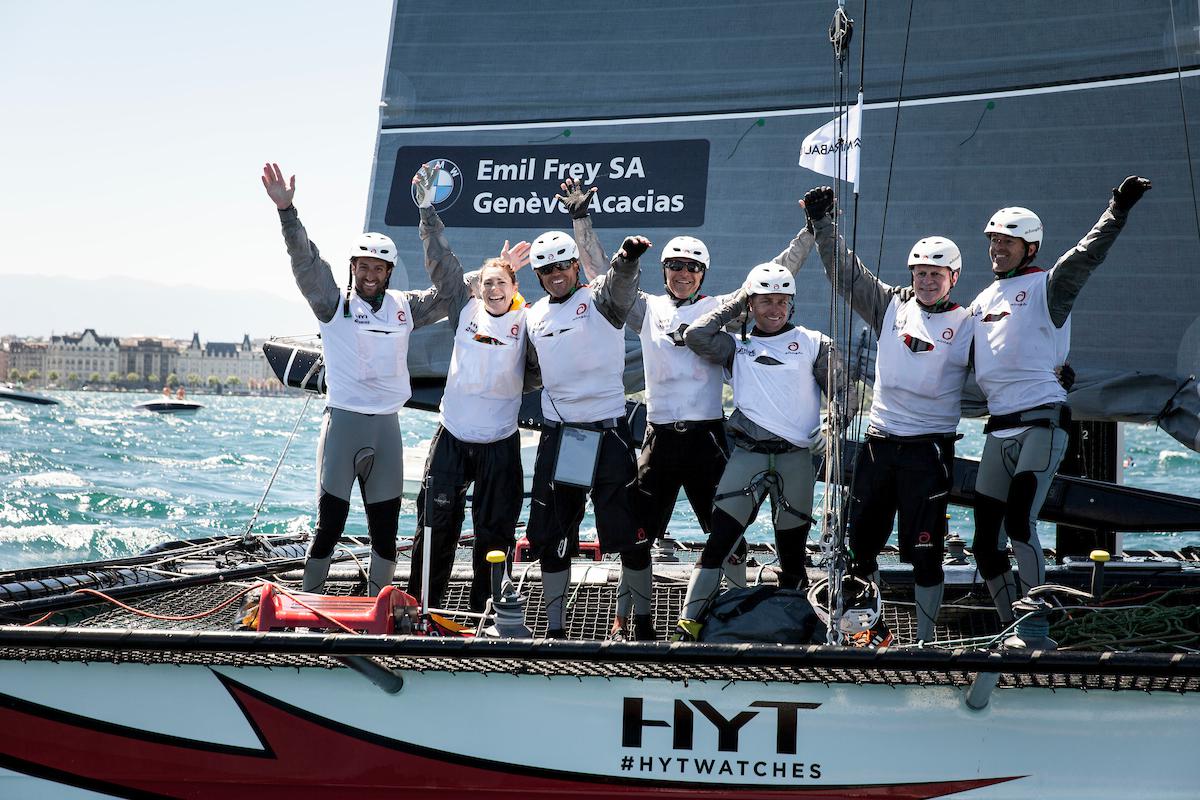 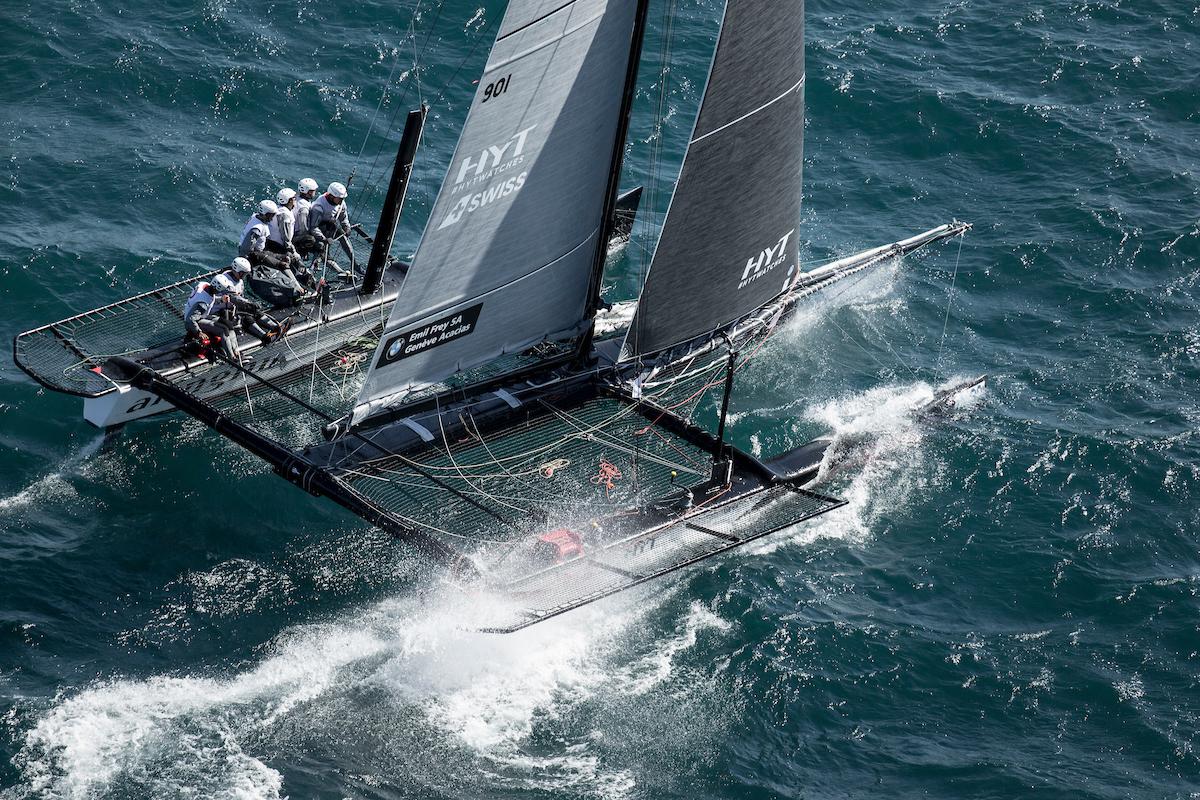 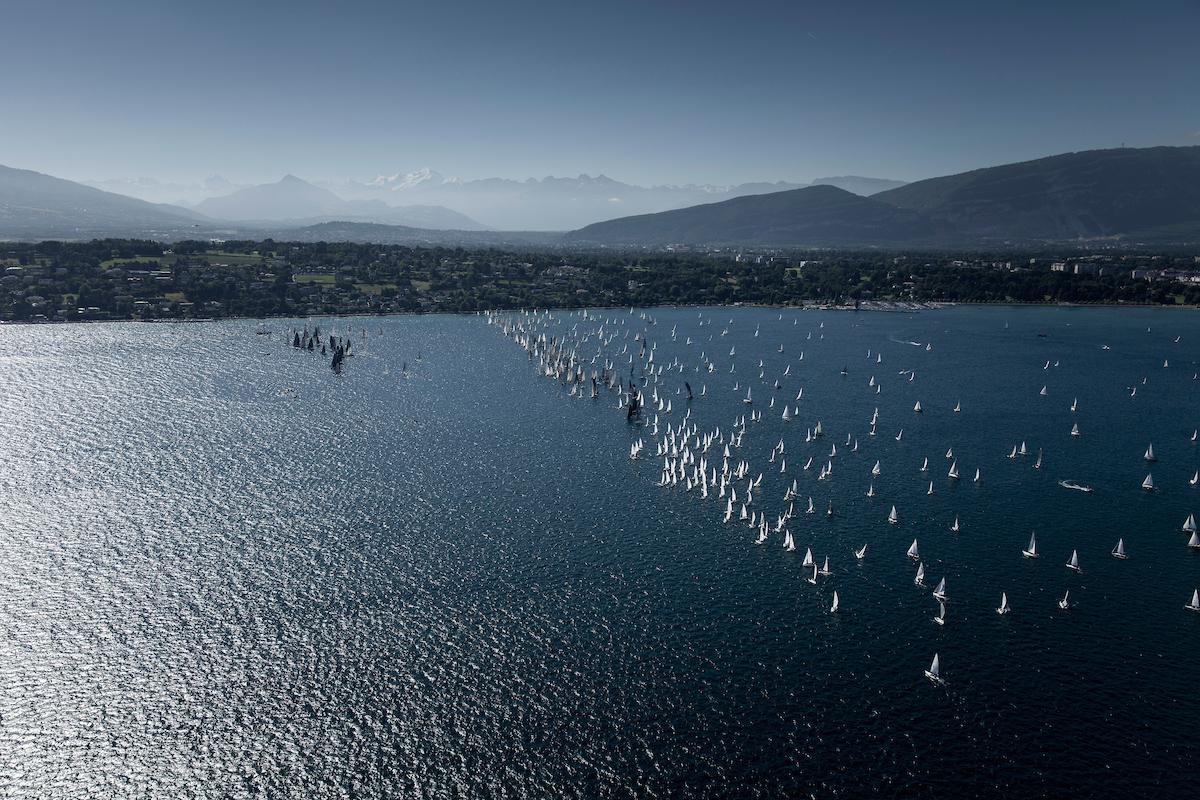 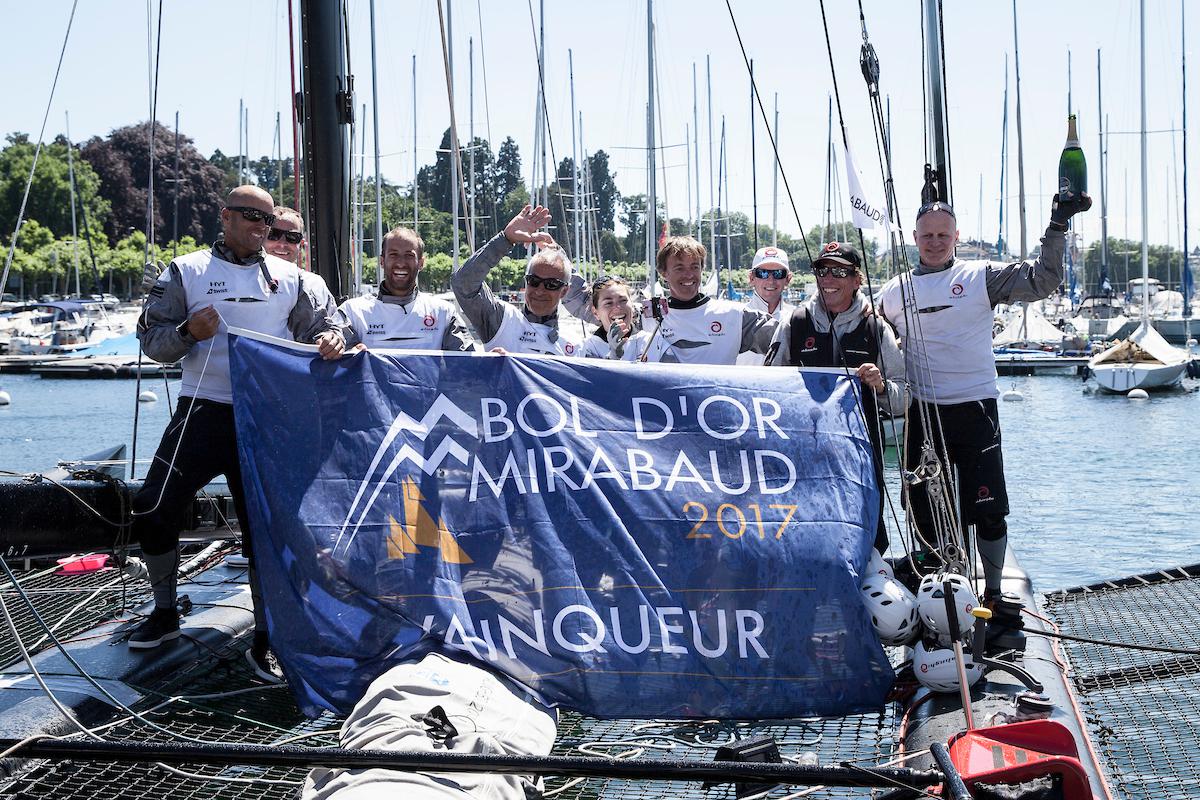 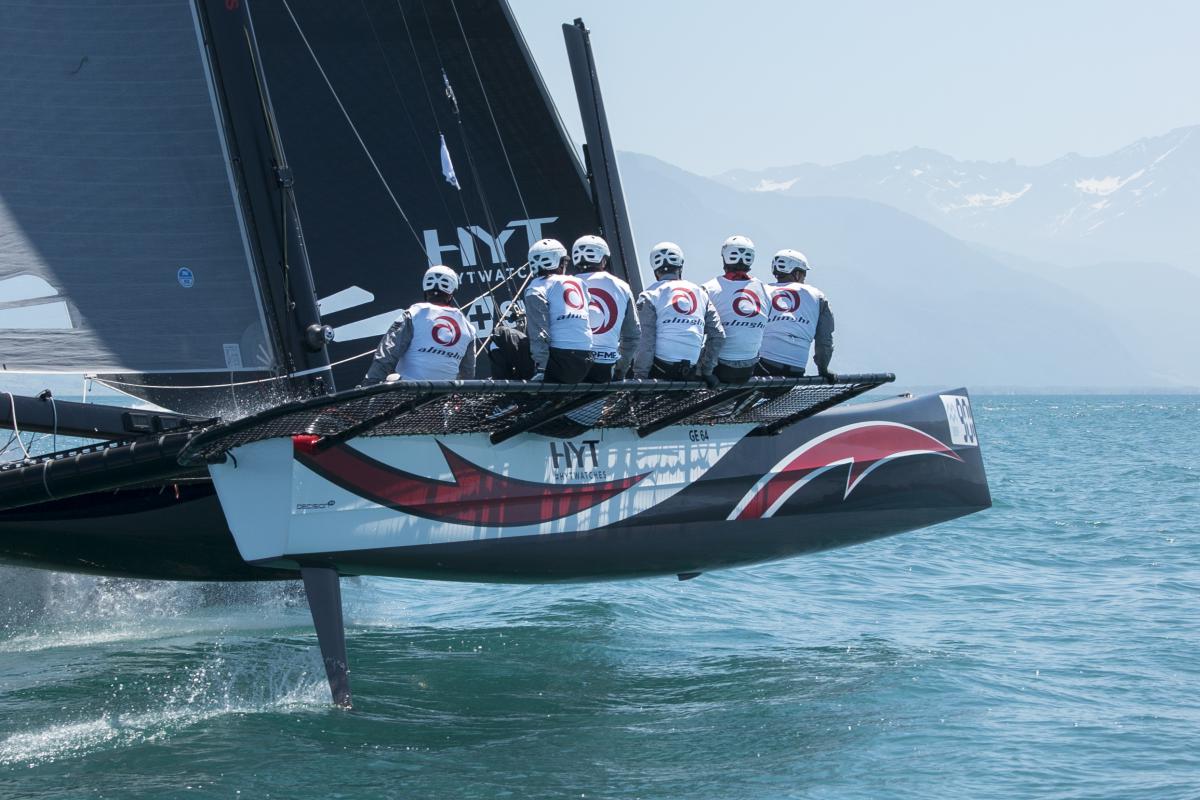 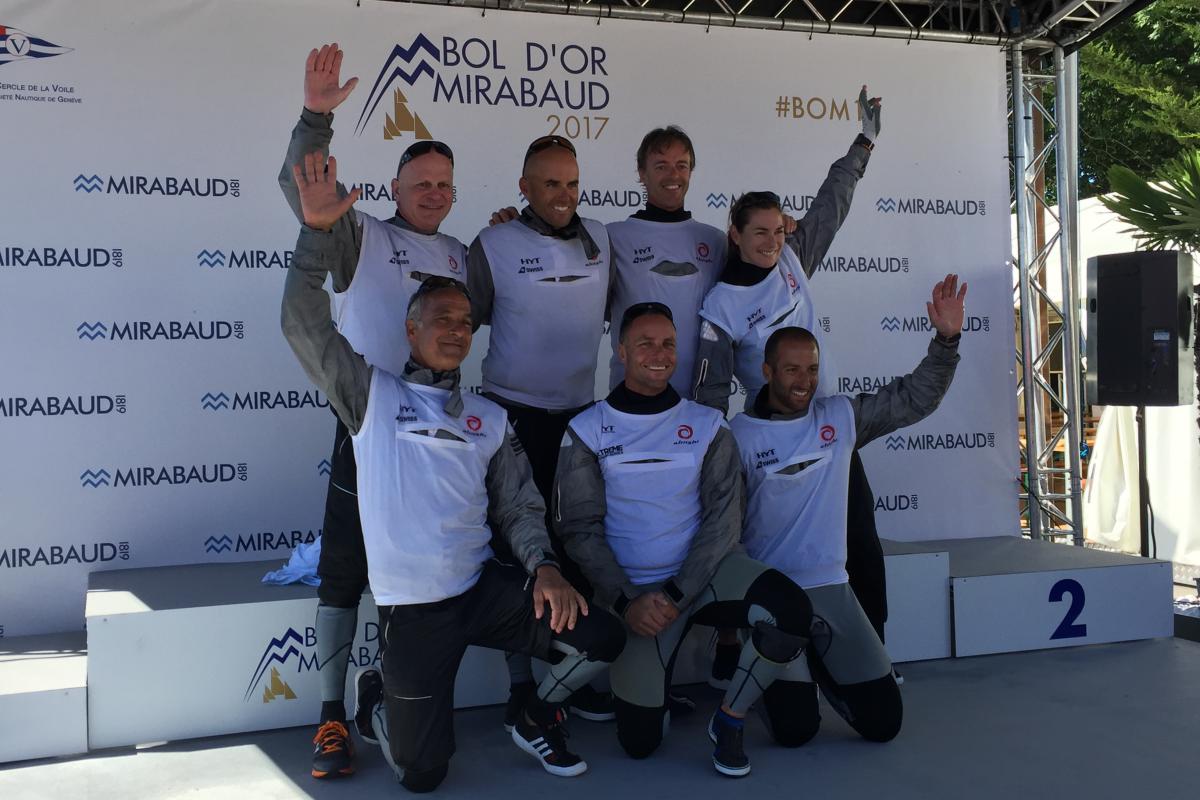 After 5h11m of racing in dream conditions and a real match against Ladycat, Alinghi scored a seventh victory in the iconic Bol d'Or. At the same time, Pierre-Yves Jorand has now equaled the record number of victories for individual sailors, drawing level with Philippe Durr and Philippe Stern.

After crossing the finishing line, Pierre-Yves said: "It was an incredible regatta, a duel from start to finish with a great team and great opponents. Last week we lost by a single second to Swisscom in the Genève-Rolle-Genève and so we were certainly hungry. This great victory comes at the right time!”

For Nils Frei, the key to the race was the Bouveret rounding: "We passed in second place, just seconds behind Ladycat, but were the first to engage the tack to take us heading back to the Swiss side of the lake and to get the Bise back. It was so rare to have the breezes we did across all of the Lake, but it allowed us to record one of the quicker times in the race’s history – the record being 5h01m. It was a real match with Spindrift, with so little in it."

Yves Detrey, known not to be the biggest fan of the long distance races on the lake, did not hide his joie de vivre this time around: "If it's like this next year, I will sign-up right away!"

Arnaud Psarofaghis, helmsman of the D35 on this occasion, said: "I am really proud to have won with this team, who are all fantastic. For me the key to the regatta was at the entrance to the ‘Petit-Lac', close to Geneva. We chose a different strategy to Spindrift and it was a choice that paid off."

Ernesto Bertarelli: "Congratulations to our Team Alinghi for the great achievement on Lake Geneva today – winning the 79th Bol D’or Mirabaud! It was a fantastic day of sailing, with the famous "Bise" as strong as ever, a focus on skill and tactics and very little place for luck. Congratulations also to Ladycat and its team for being an exceptional competitor in this exceptional race. Every year we seem to encourage each other to do even better, which pushes both teams to perform at their best and is wonderful for the sport.
“I would like to pay a special tribute to Arnaud with whom I have the pleasure to share the helm both on the ESS and the D35 Trophy, as well as to the rest of the team, Pierre-Yves, Nicolas, Nils, Coraline, Yves & João who raced today on board as 7th crew and who is normally part of our shore crew who did an amazing job to keep our boat on top shape! Thank you also to Claudy and David who made sure this victory was technically possible.
“And well done to all the boats who took part in the race today, many of which are still on the lake and sailing.
“I am really proud to be the Vice-Commodore of SNG which organizes the Bol d'Or every year and I thank also all the volunteers who make this very special event so successful."

The crew will now dedicate their summer to four races in the Extreme Sailing Series (ESS), before returning to the D35 Trophy in September for the last three events of the season.

Click here to watch the crew's reactions reaching the dock at SNG and being interviewed on the podium.

The next event for the Alinghi team is Act 3 of the ESS in Madeira, from 29 June to 2 July.