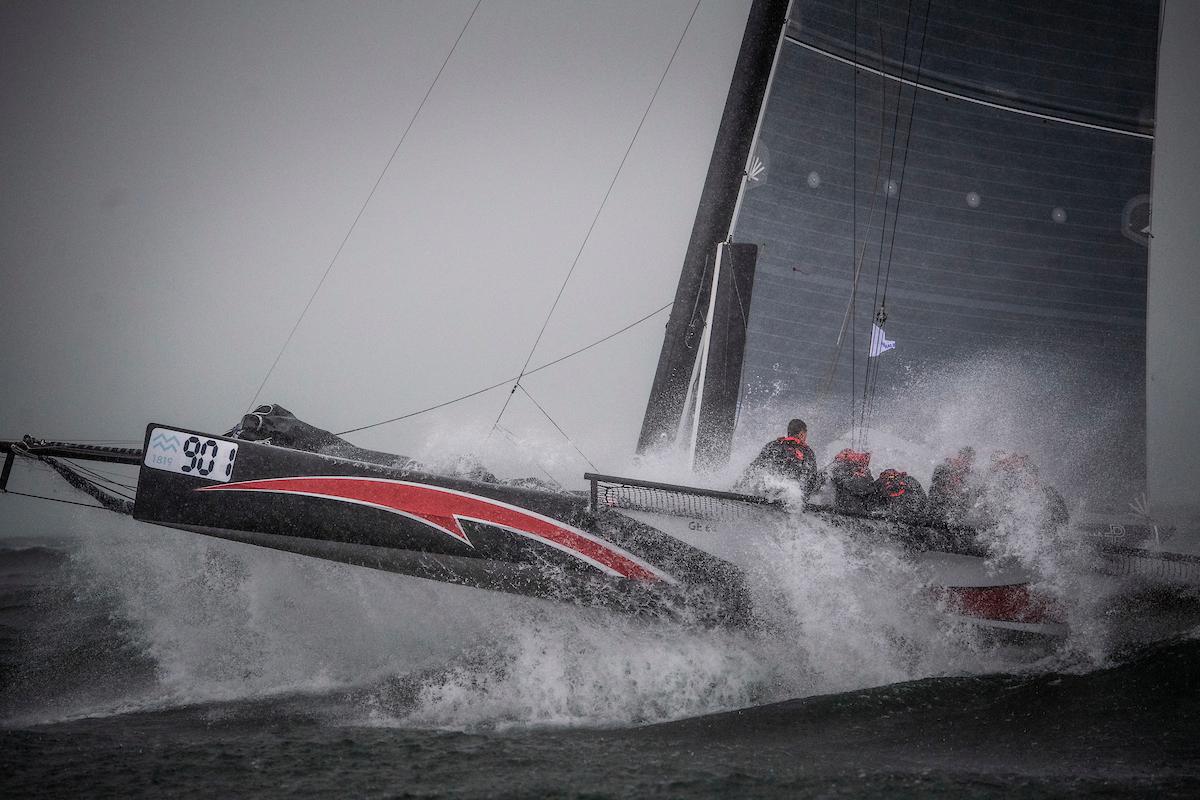 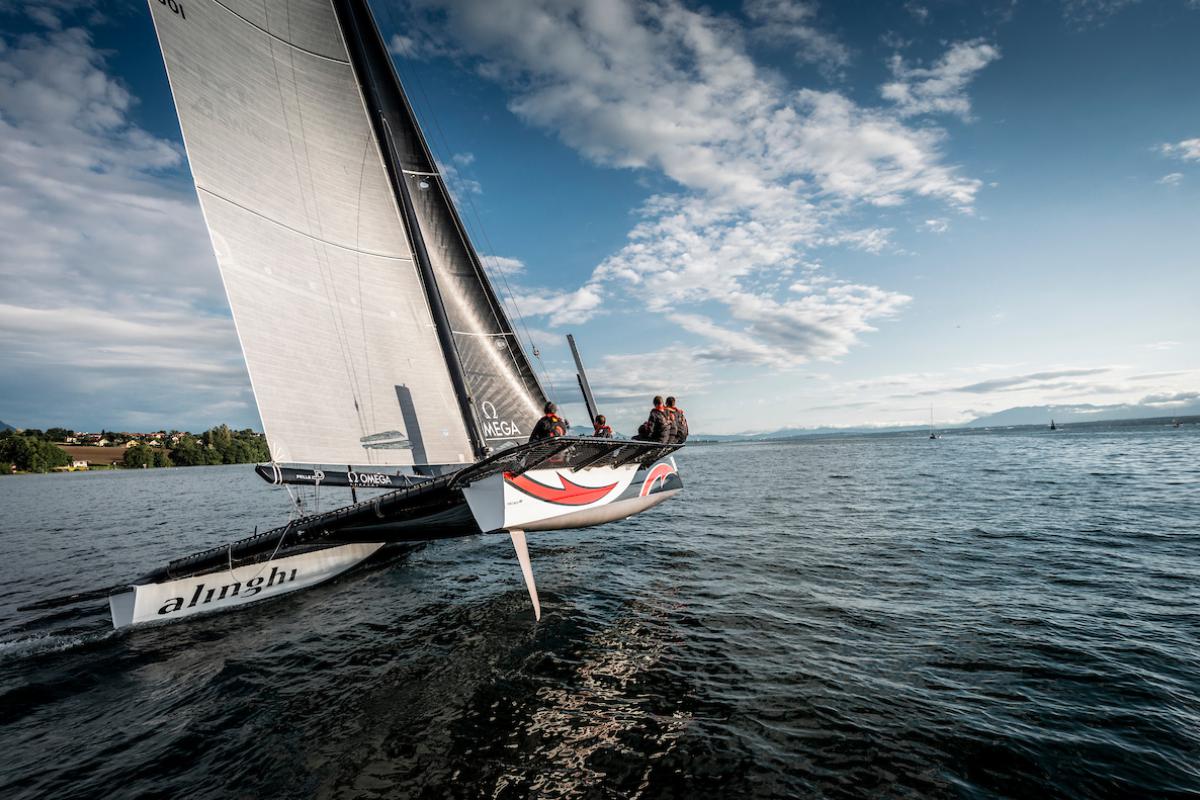 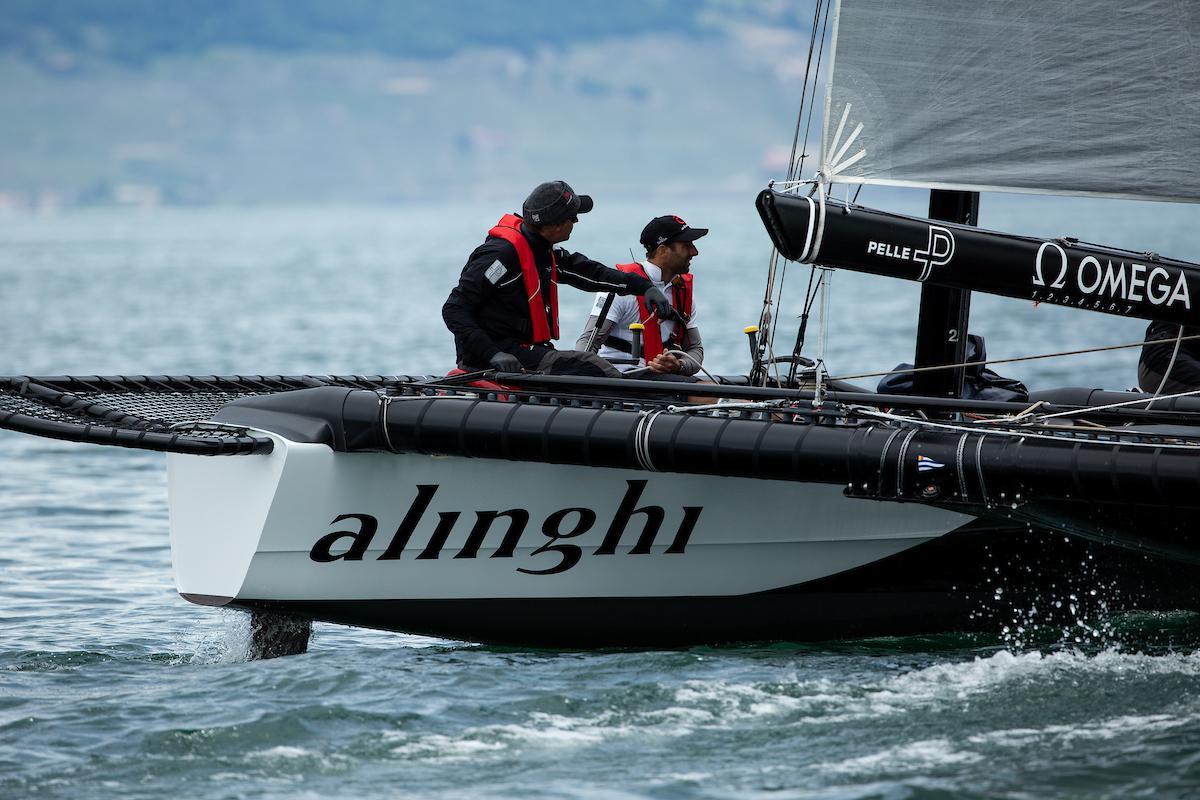 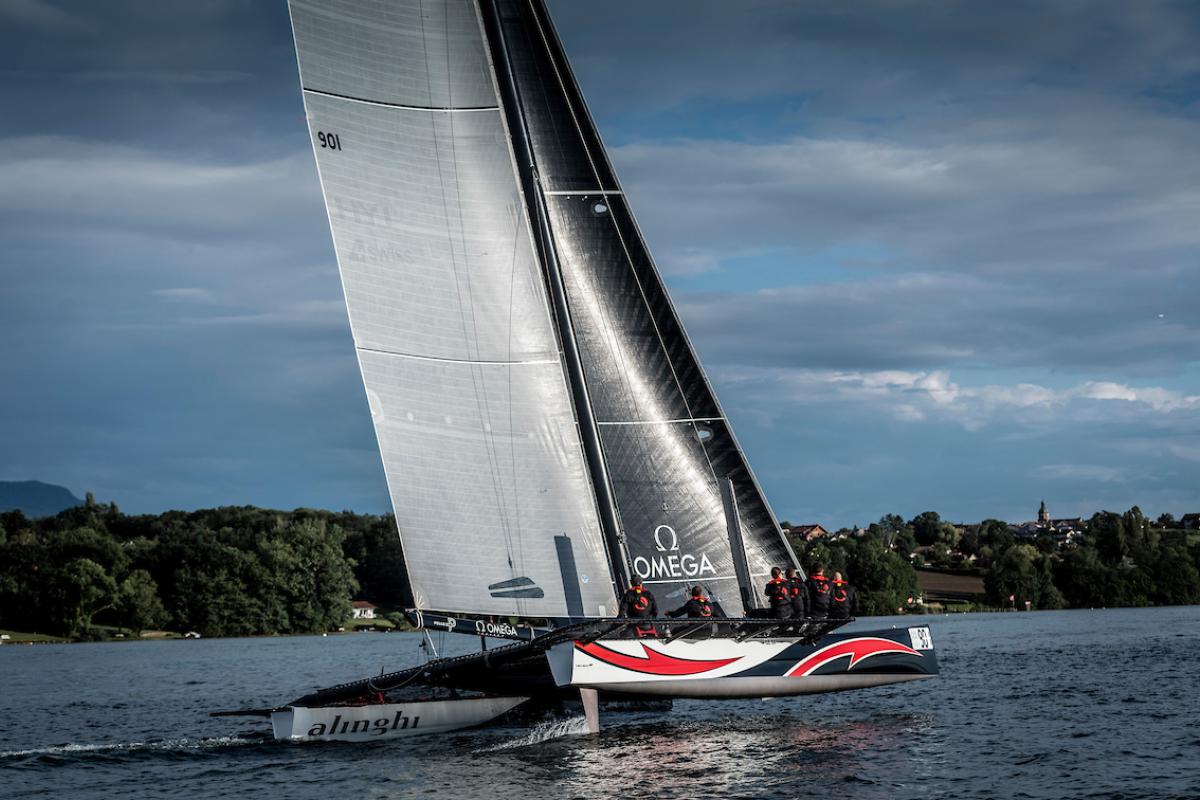 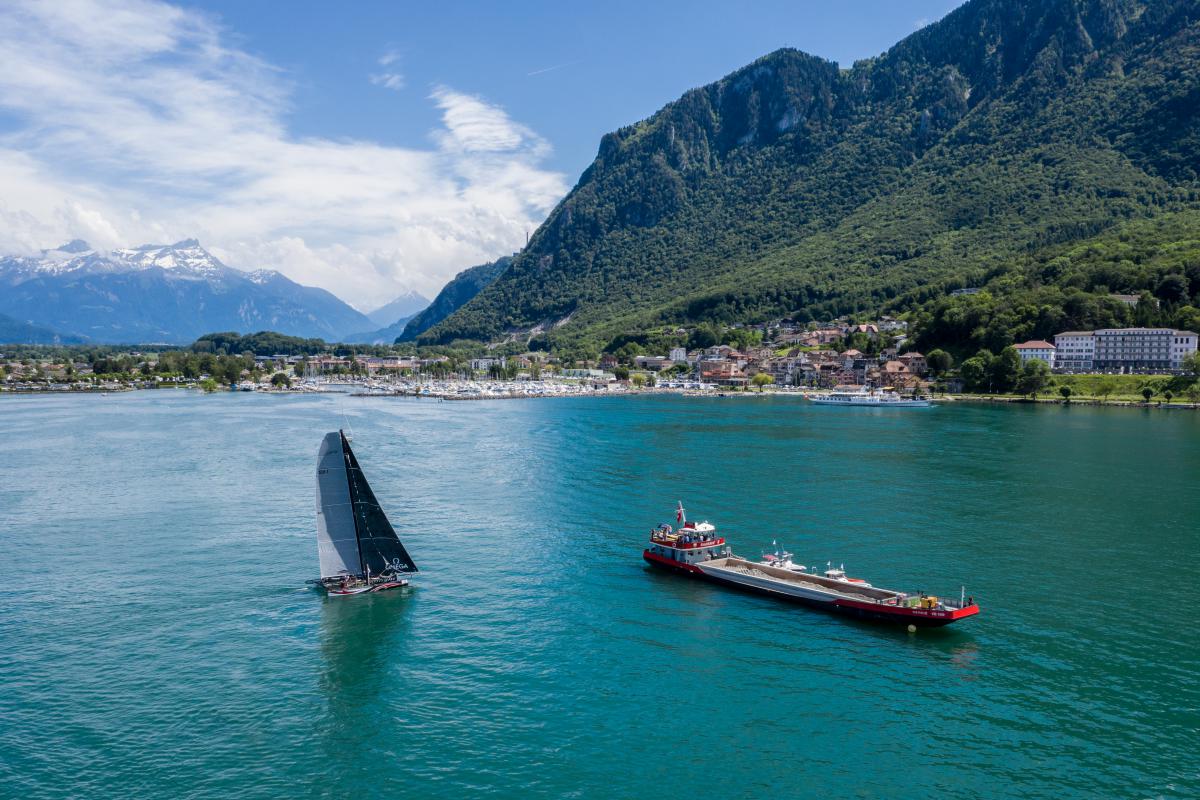 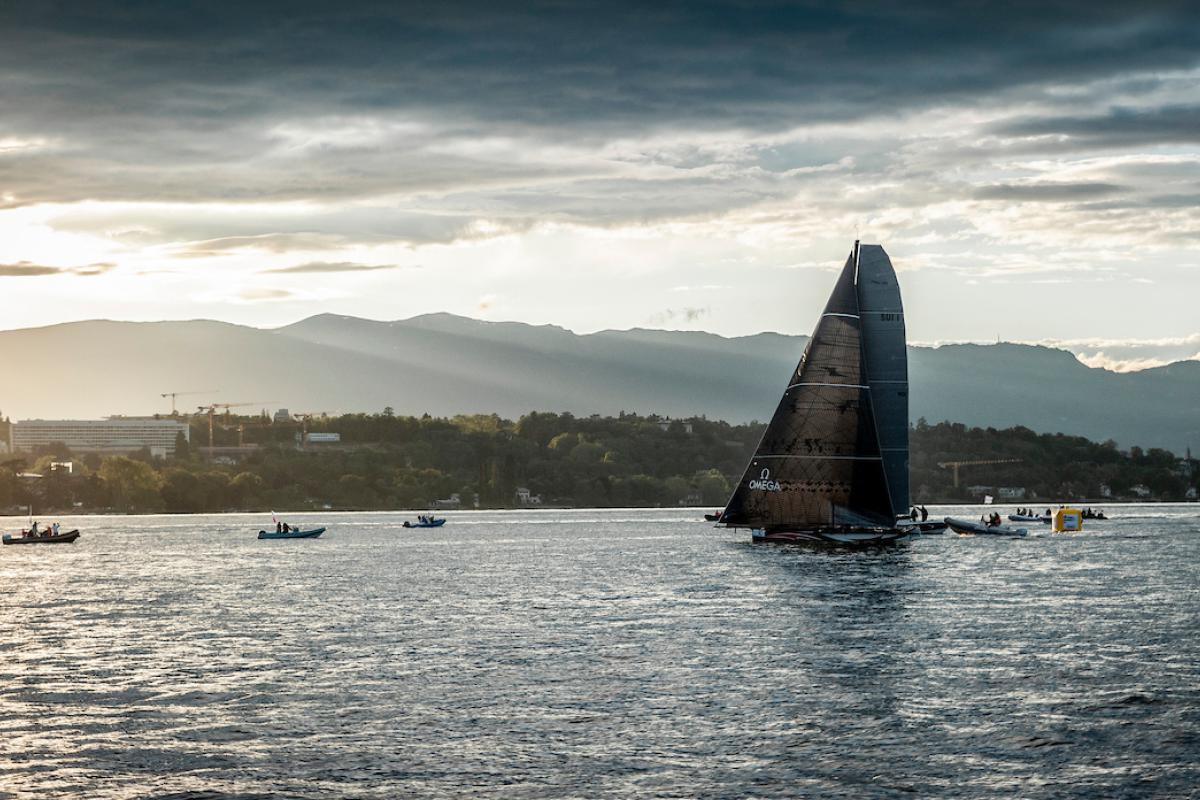 57 knots were displayed on the boat's instruments! Not for the speed of our D35, but for the wind speed that blew during the ferocious storm that rained down during the 81st Bol d'Or. We spare a thought to the competitors who suffered damage to their boats, and also to the rescue teams and volunteers on the ground.

Nicolas Charbonnier, tactician: "This year, I will remember above all the incredible storm that we had to cross. It was a hell of an experience, like nothing I've been through on a boat. We congratulate Spindrift for their victory and we are happy to make the podium."

Arnaud Psarofaghis, mainsail trimmer: "What is striking in these great races is that the regattas are even tighter than the Grand Prix. From beginning to end, we fight for every metre, every place. Relative to the length of the course, we finish much closer to each other than at the finish of a Grand Prix round, which is surprising after more than 10 hours of non-stop racing."

Nils Frei, coach: "It was super impressive to see the lake transformed with more than 50 knots of wind. Rare conditions, fortunately, by the way. There were boats in stress everywhere and many flares launched.
"Ladycat led the race well and deserves the victory, but we are happy to have sailed well overall. The start and first section of the race were very good. Then the wind transitions bunched us up. It was complicated when the Bouveret approached, where it was very quiet and therefore more random. On the way back to Geneva, we negotiated the storm rather well, even though the jib did not come out unscathed. We moved back on the leader who was 50 minutes ahead of us at Bouveret, but that will not have been enough. Achieving the podium on a long race is always satisfying, even if we would prefer to win!"

After this fourth stage of the D35 Trophy 2019, Alinghi still leads the Championship, ahead of Ylliam-Comptoir Immobilier and Zen Too. For the D35s, a summer break will now take place until the end of August, when they will return for three Grand Prix to end the season.

In the meantime, the team is looking forward to seeing you from June 27th to 30th in Lagos (Portugal) for one of its major goals: the GC32 Series World Championship.

Click here for all the results of the 81st Bol d'Or Mirabaud.