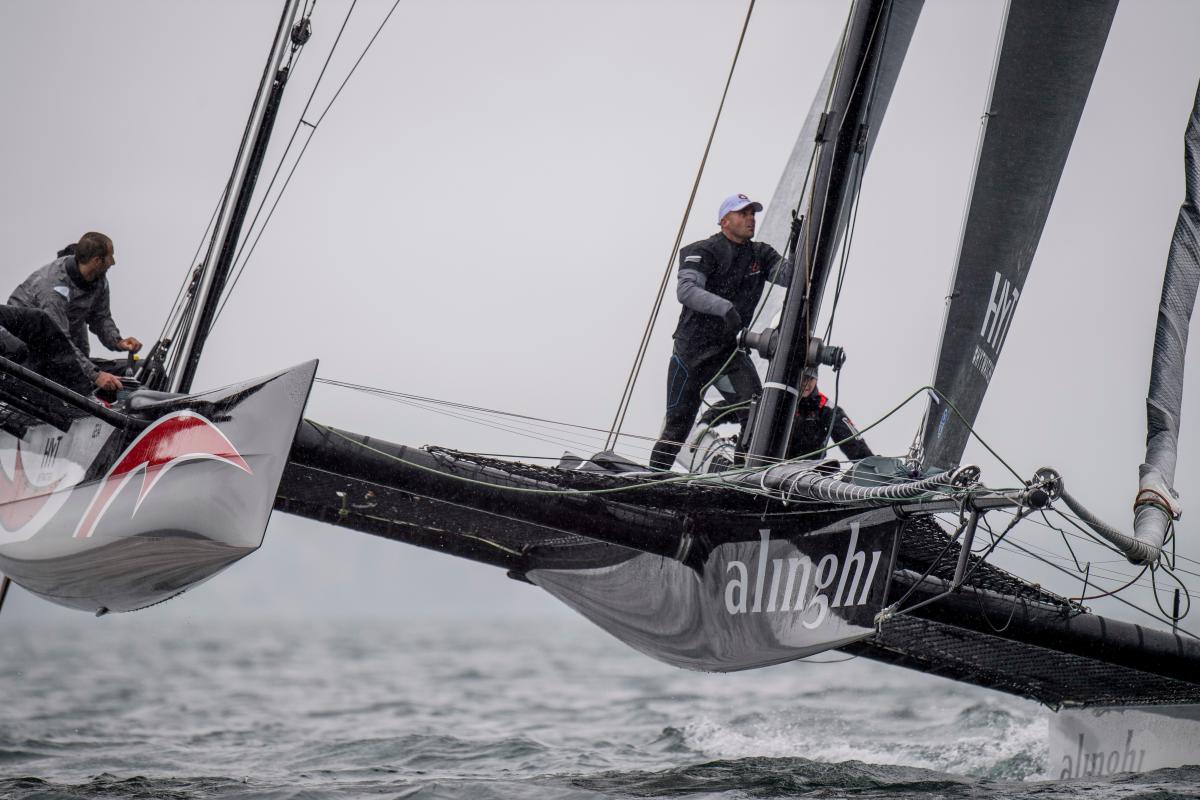 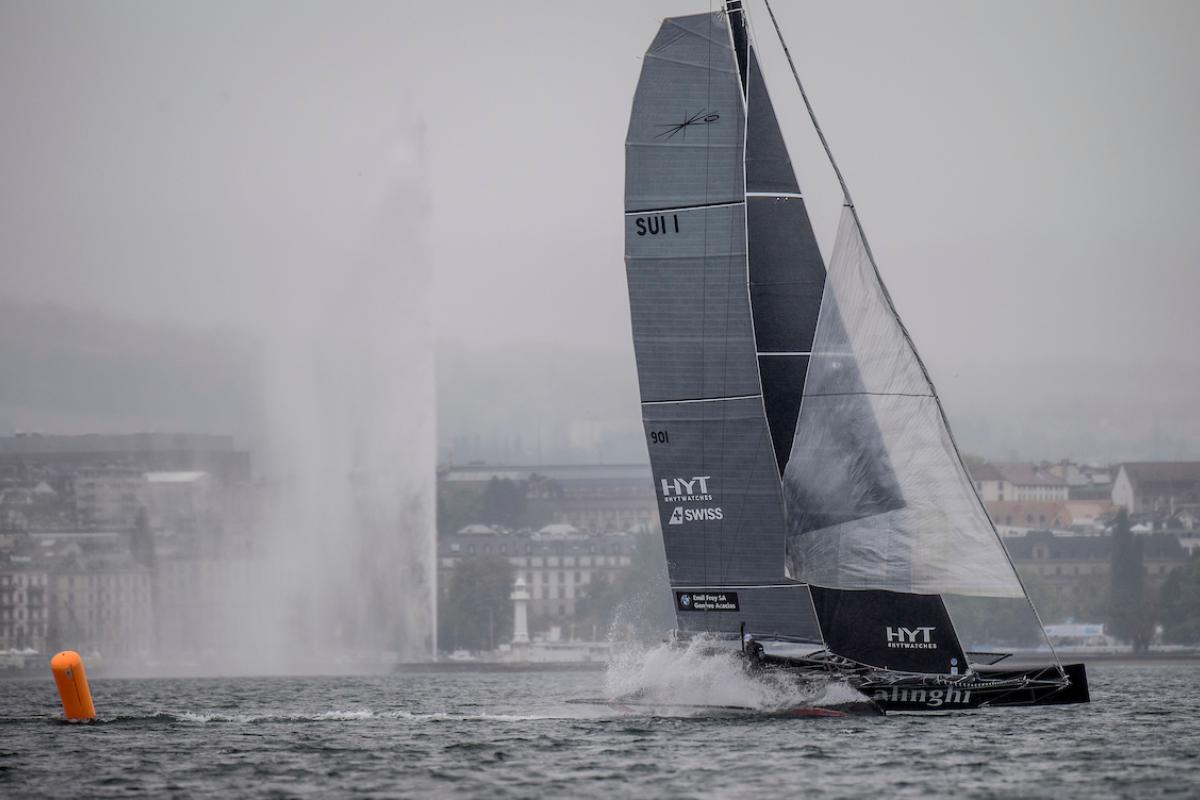 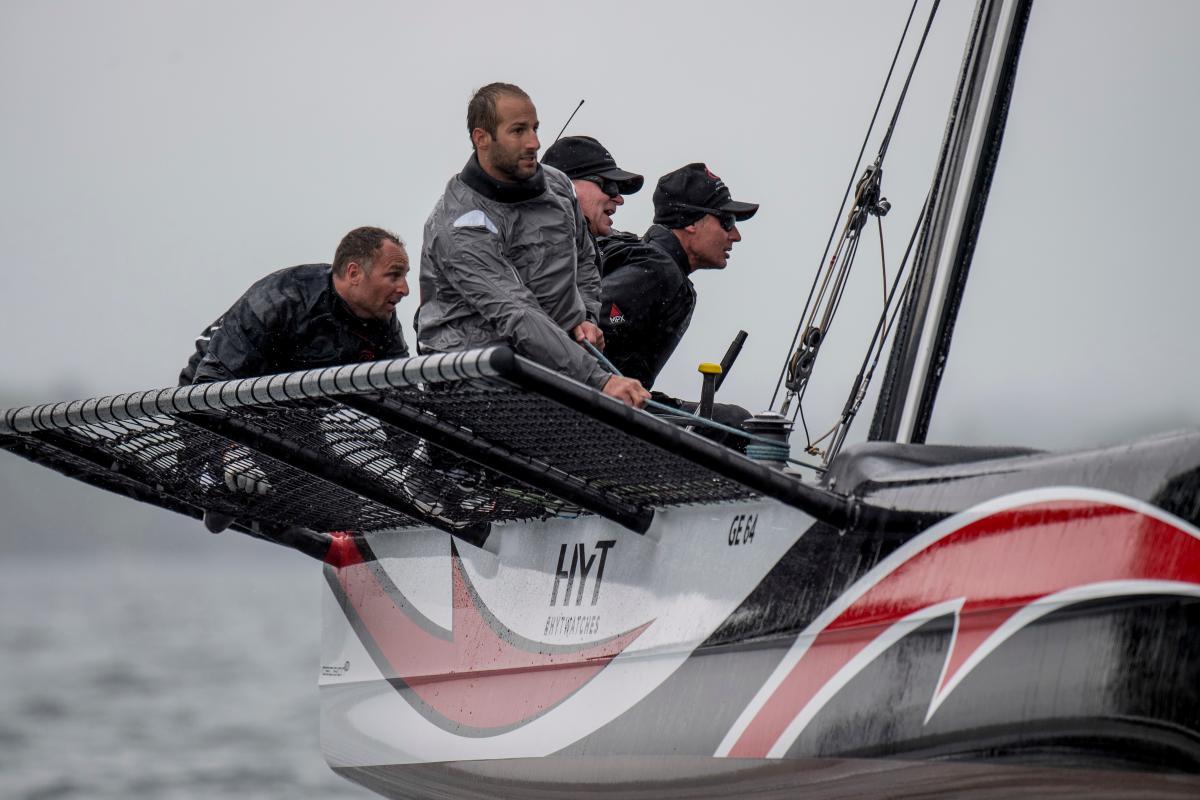 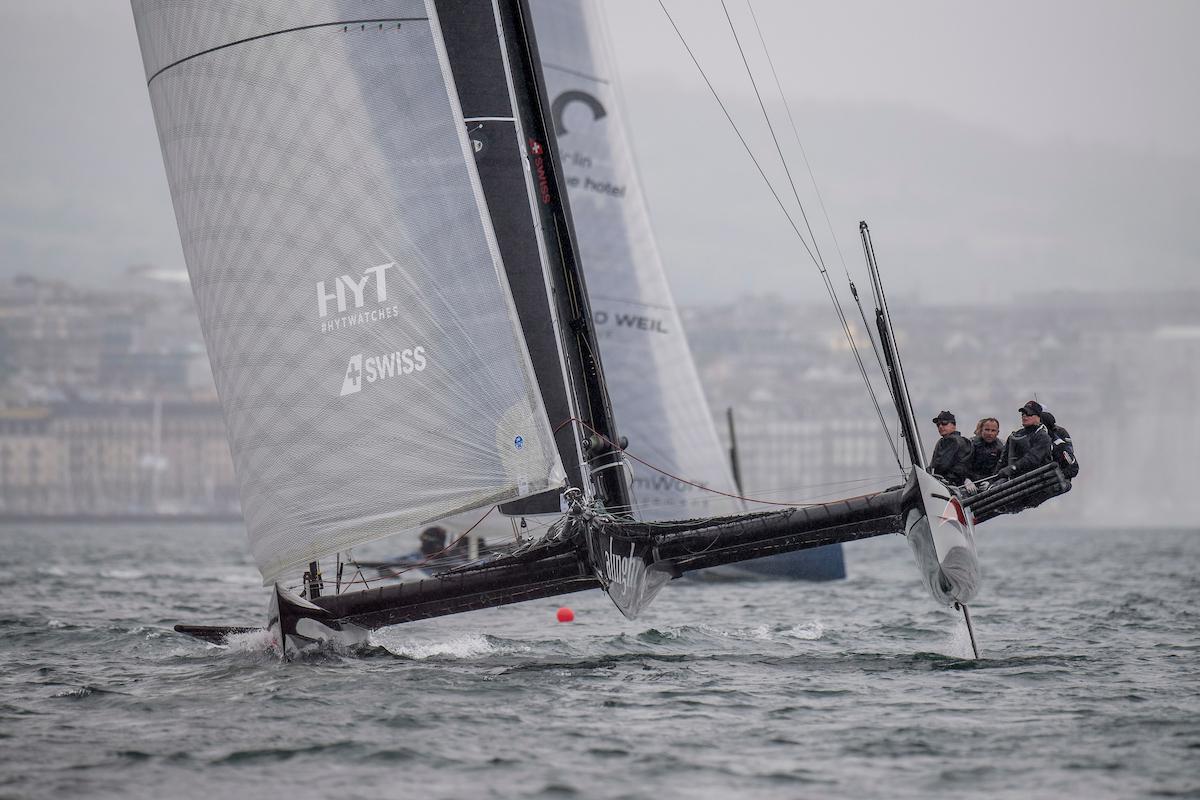 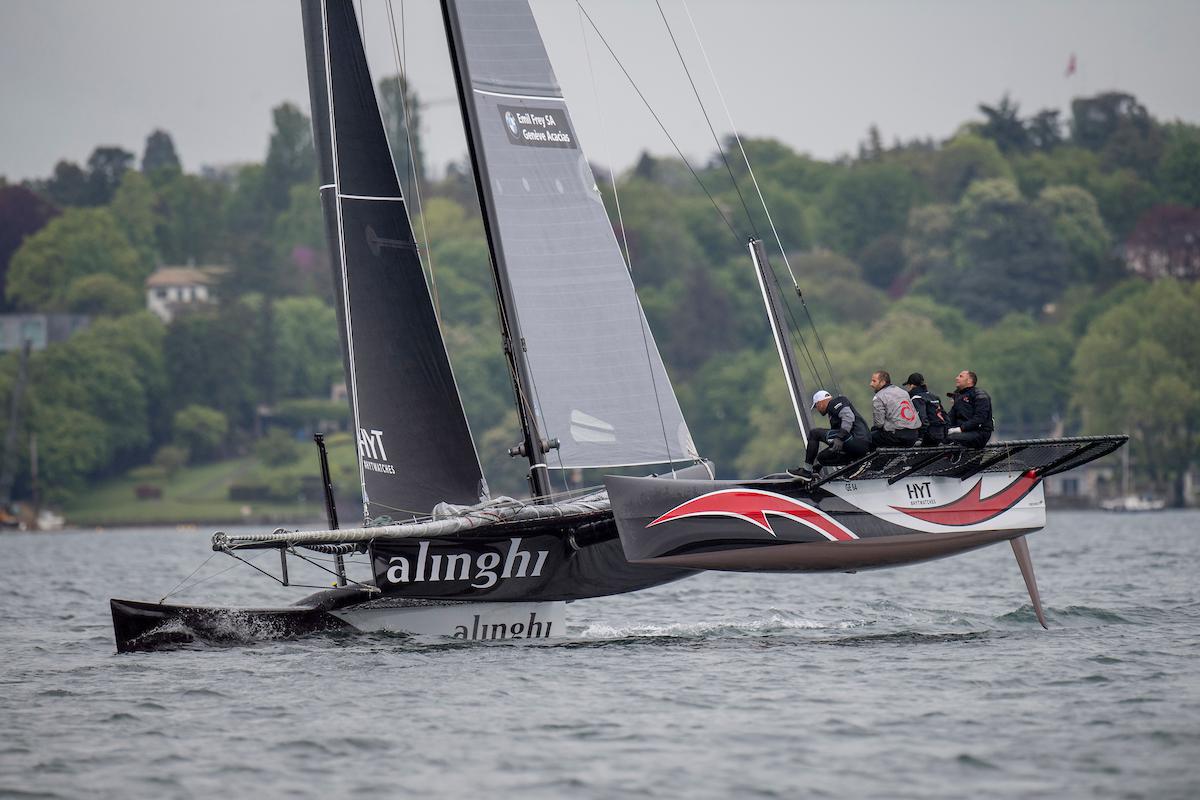 After conditions yesterday put pay to a full day of racing in the opening event of the D35 Trophy, the teams would have been within their rights to have been worried about the light breeze and persistent rain that welcome the fleet on the waters off the SNG on this, the second day of the Grand Prix d’Ouverture.

However, the seemingly ominous early conditions gave way to a good wind, meaning that a full six races could be run, making for some truly competitive and interesting sailing. The day’s first race didn’t exactly go to plan for Alinghi, who could only manage a fifth-place finish, but from then on things just got better for Ernesto Bertarelli and his team. Two finishes in third place were superseded by a great three race victories, meaning that Alinghi holds a commanding lead of seven points heading into tomorrow’s final day of the Grand Prix. As the team knows, however, the job is not yet completed and so the focus is very much on repeating today’s performance.

Pierre-Yves Jorand, the team’s coach and mainsail trimmer on the D35, said of day two that: “The conditions today were tough and we had a difficult start, recording a fifth place in the first race. However, that is to be expected given that, as a team, the season is just coming together, and we were really pleased with the manner in which we rallied to record some really positive performances in the following races. We are aiming for more of the same tomorrow.”