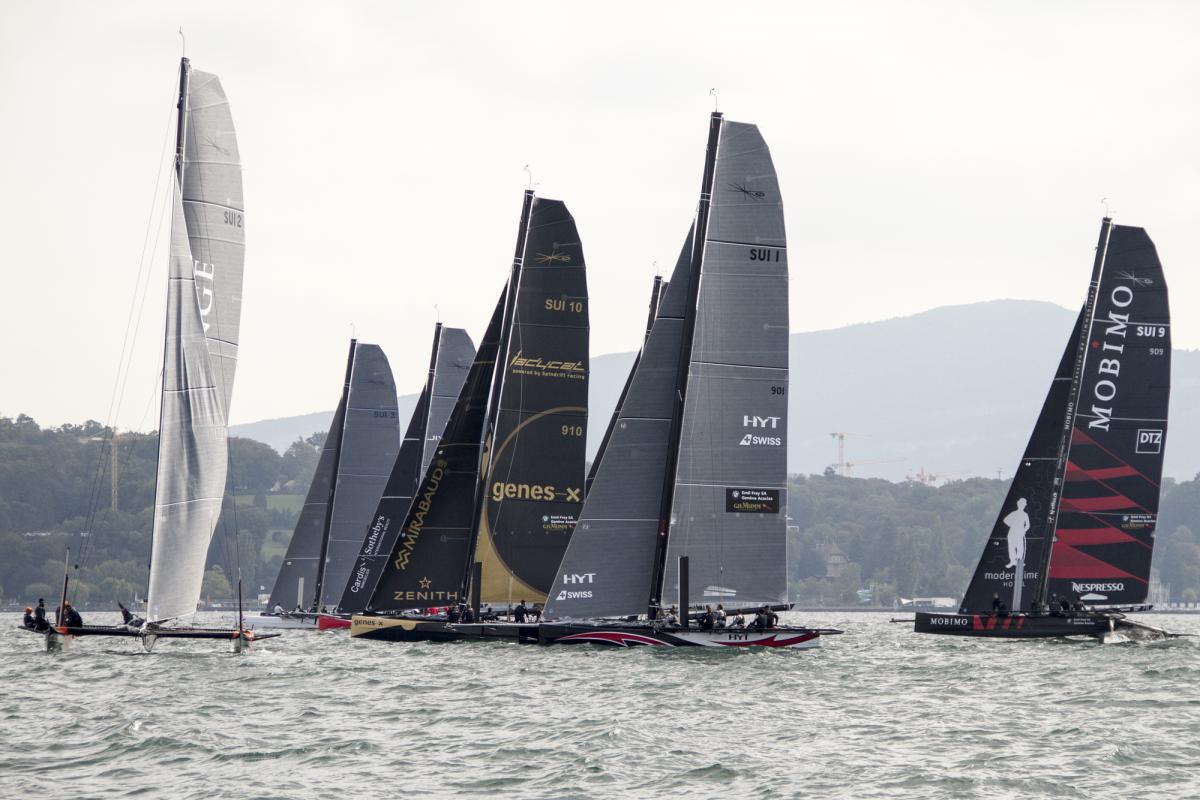 In the end it was not to be for Alinghi, who were pipped to the post in the D35 Championship by Team Tilt. Having been close adversaries all season, Alinghi would like to send their congratulations to Tilt for a fantastic regatta and a fantastic season. The team also want to express their admiration for all of the teams that did battle on the Lake to make this the most memorable D35 Championship yet.

Having gone into Day 2 just two points ahead of Tilt - and with the victor‎ of the two taking the title - Alinghi's advantage was slender. Ultimately it could not be protected, with the two-point lead becoming a six-point deficit. Tilt took the Championship, with Alinghi second. It was a brilliant competition and - watch out Tilt - Alinghi will be gunning for the title next year!